Another new series on andBerlin, Photos From My Phone, is a monthly round up of some of the things I’ve seen and done in Berlin, many of which I won’t have blogged about.

So here’s a taste of what I got up to in November:

I saw this Street Art with some bears attacking the Fernsehturm by Bimer after brunch with friends at Café Aroma. 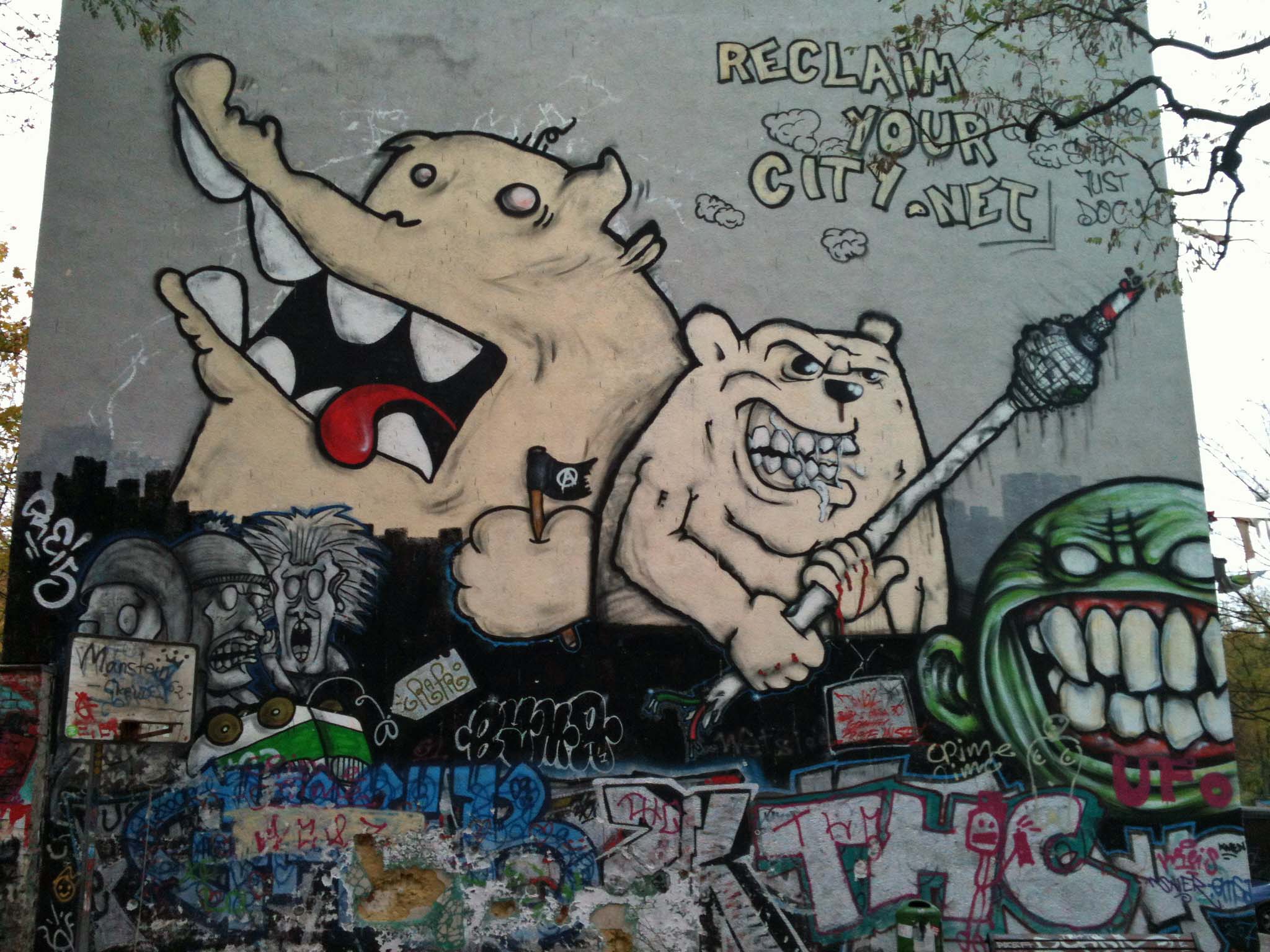 I took a quick snap of the Fernsehturm at night from Alexanderplatz. 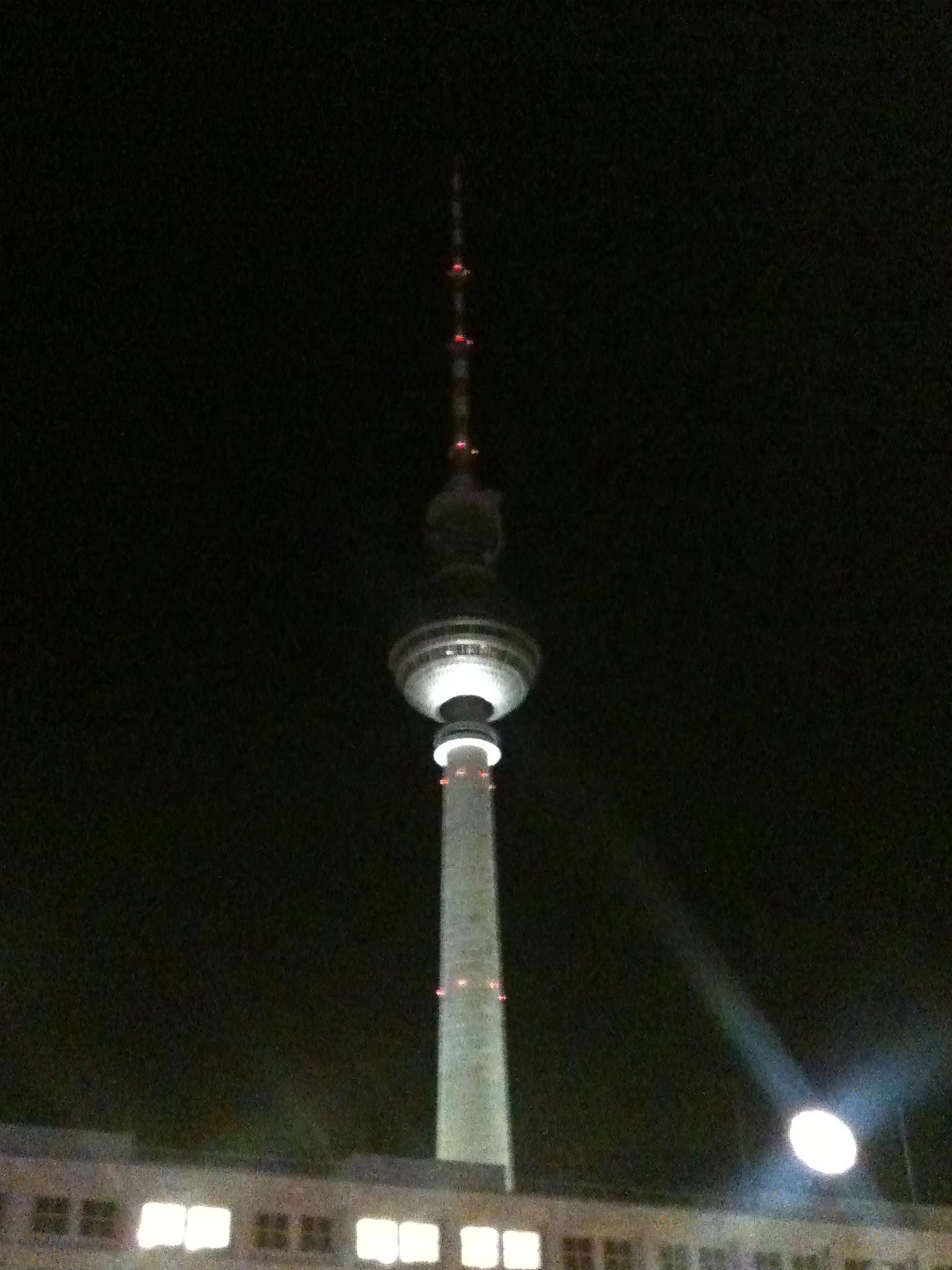 I saw this graffiti – Wem Gehört die Stadt (Who owns the city) when I went for a burger at Burger de Ville. 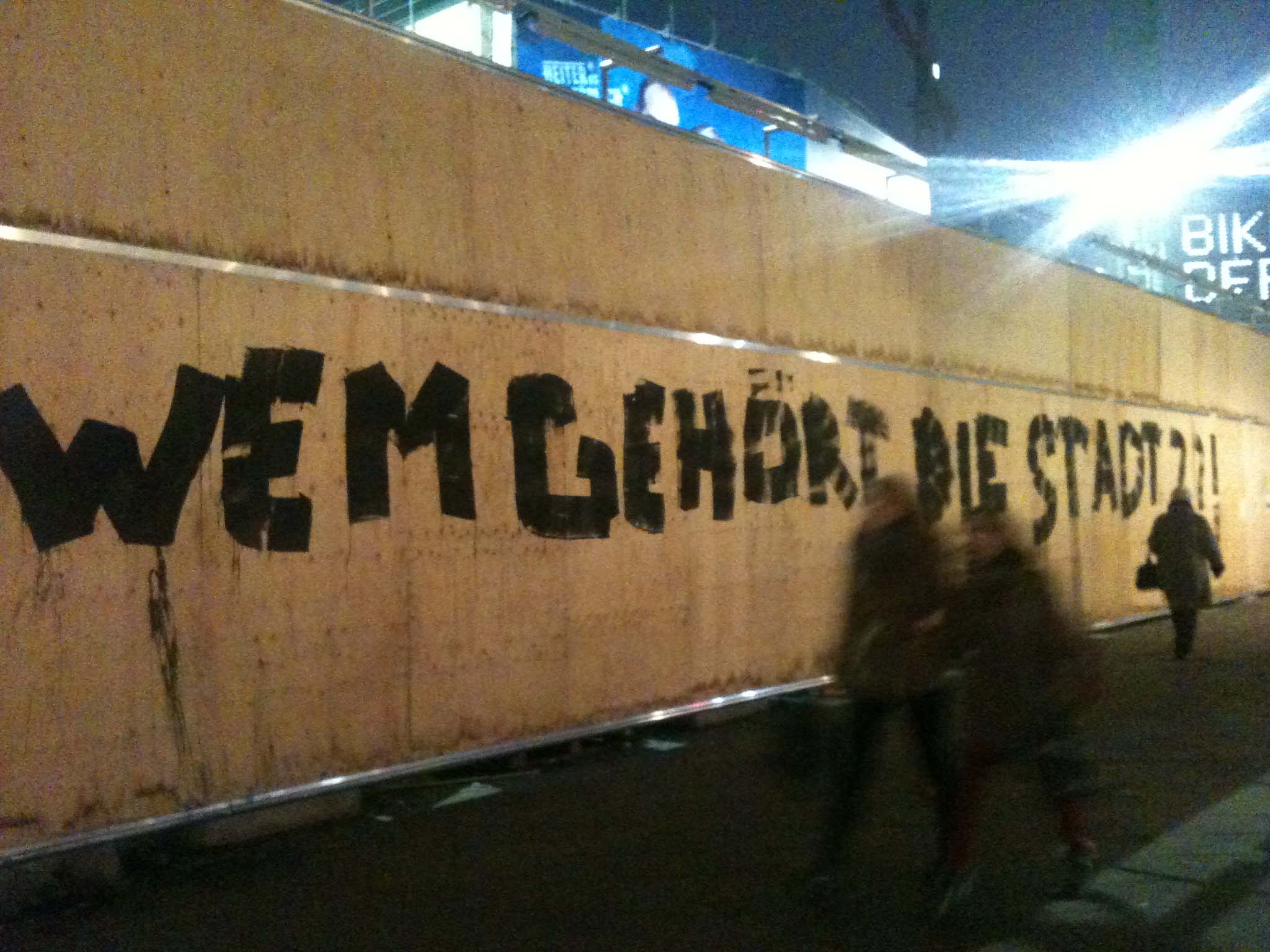 I went for some very tasty cocktails at Reingold. 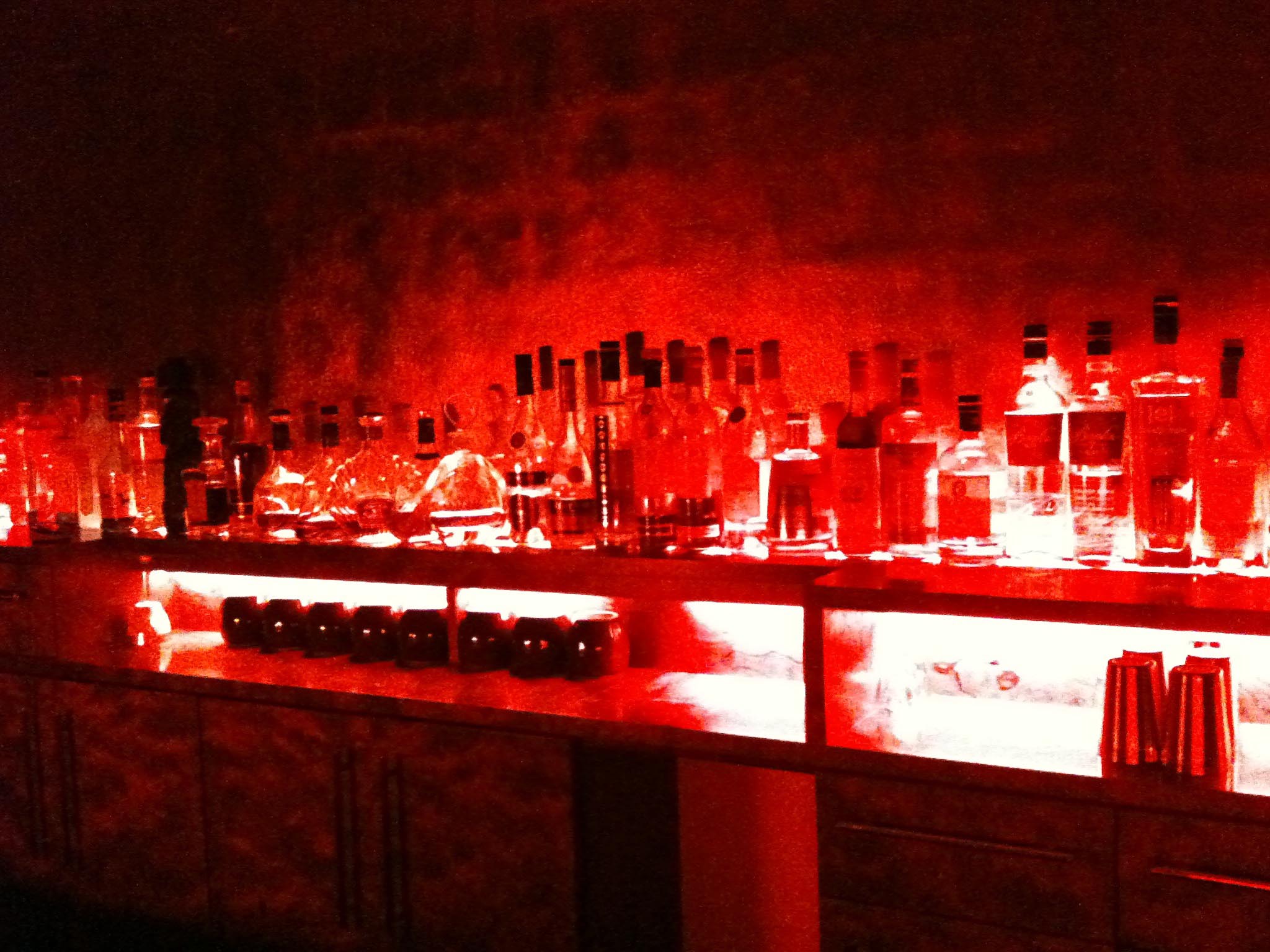 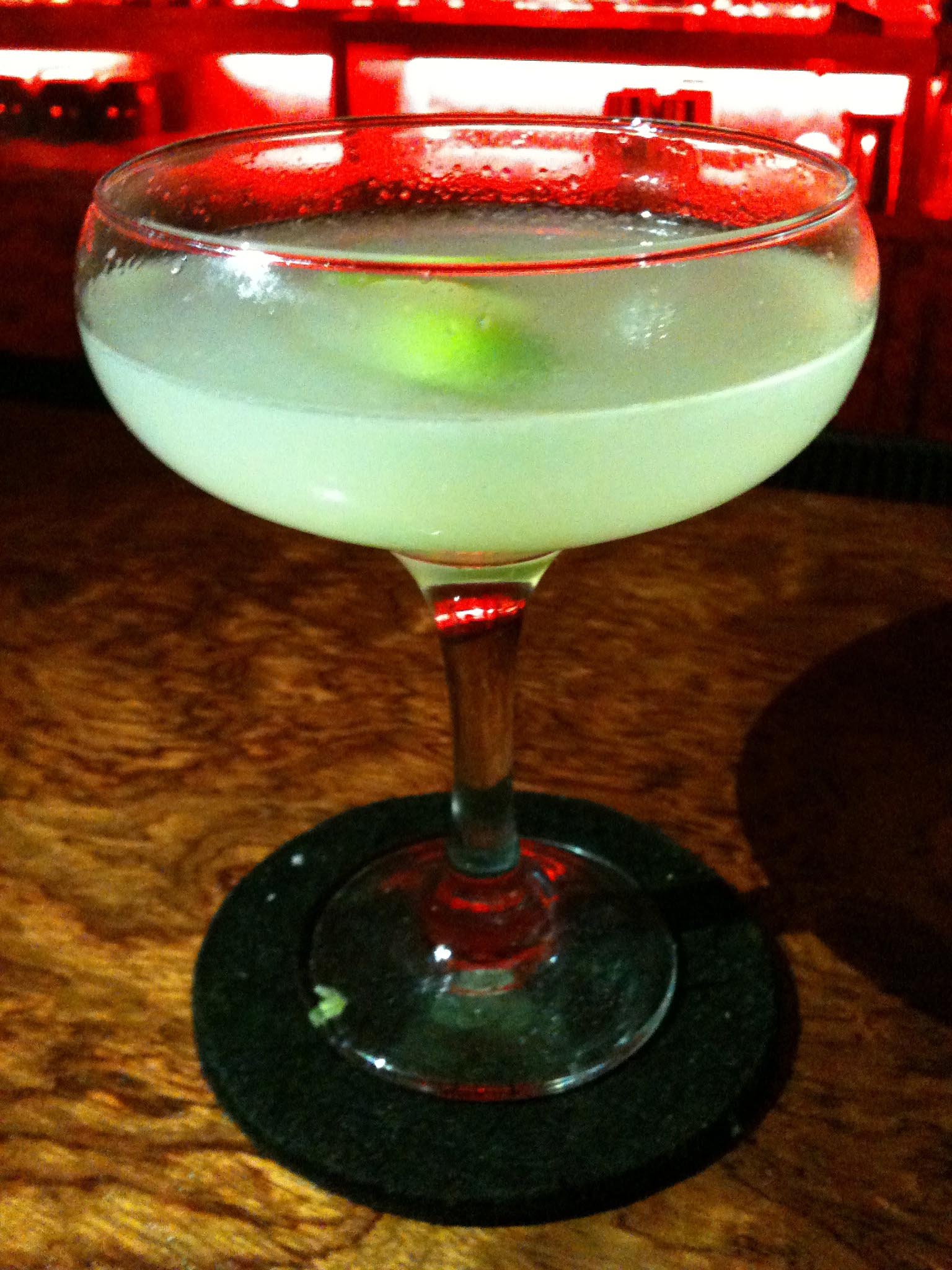 And then onto a party at Adam’s (from Travels of Adam) apartment, where I saw this sticker on one of the doors in his building (it translates as sexist shit shit).

I spotted this picture of the Tempelhofer Berg, a proposed mountain on the site of the Tempelhof Airport whilst enjoying a great night out with friends at Rock n Roll Bingo at White Trash Fast Food. 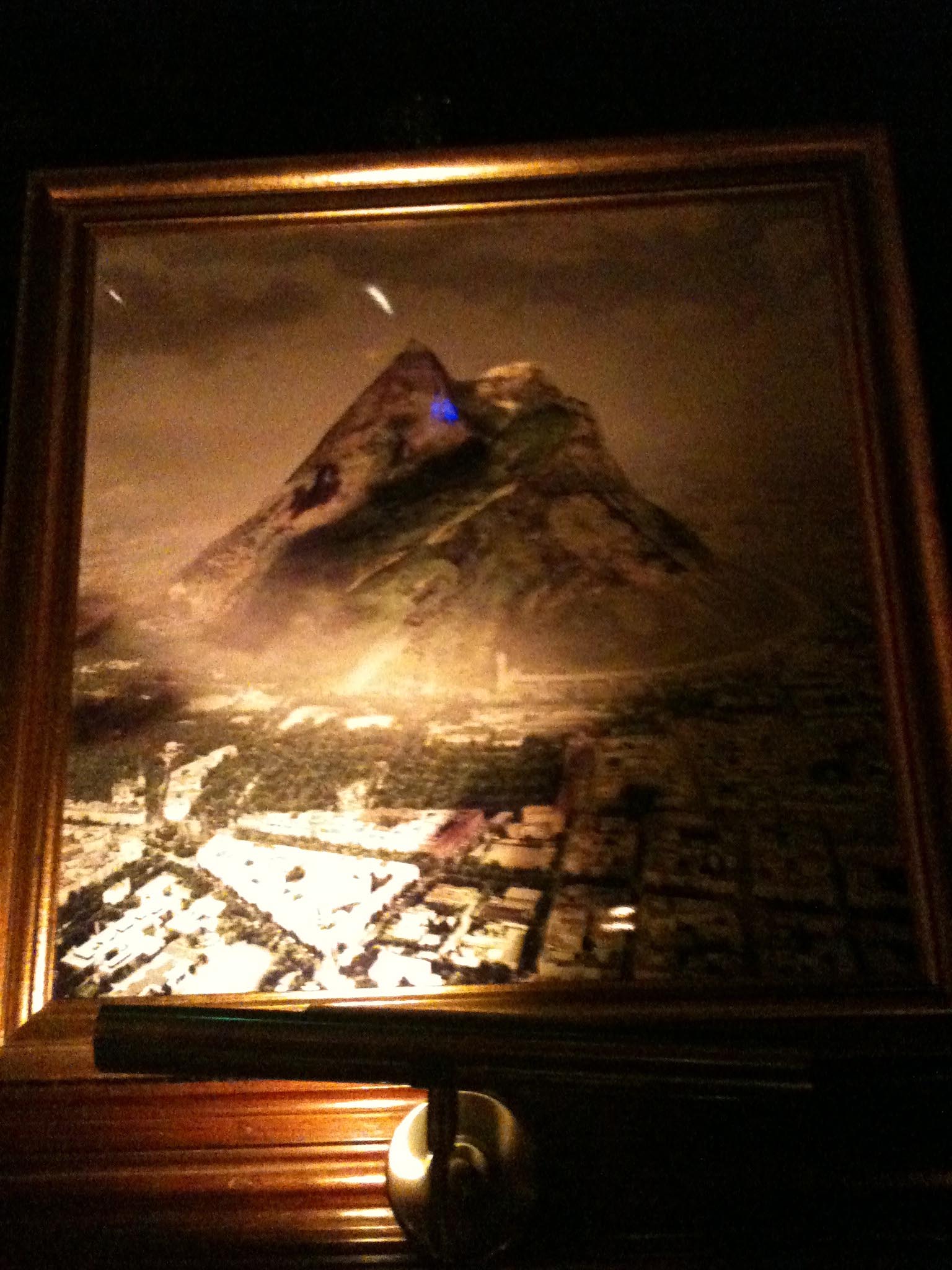 I went to see a friend of a friend, Thimo Sander, play guitar with German band Plan B at Postbahnhof in Berlin. 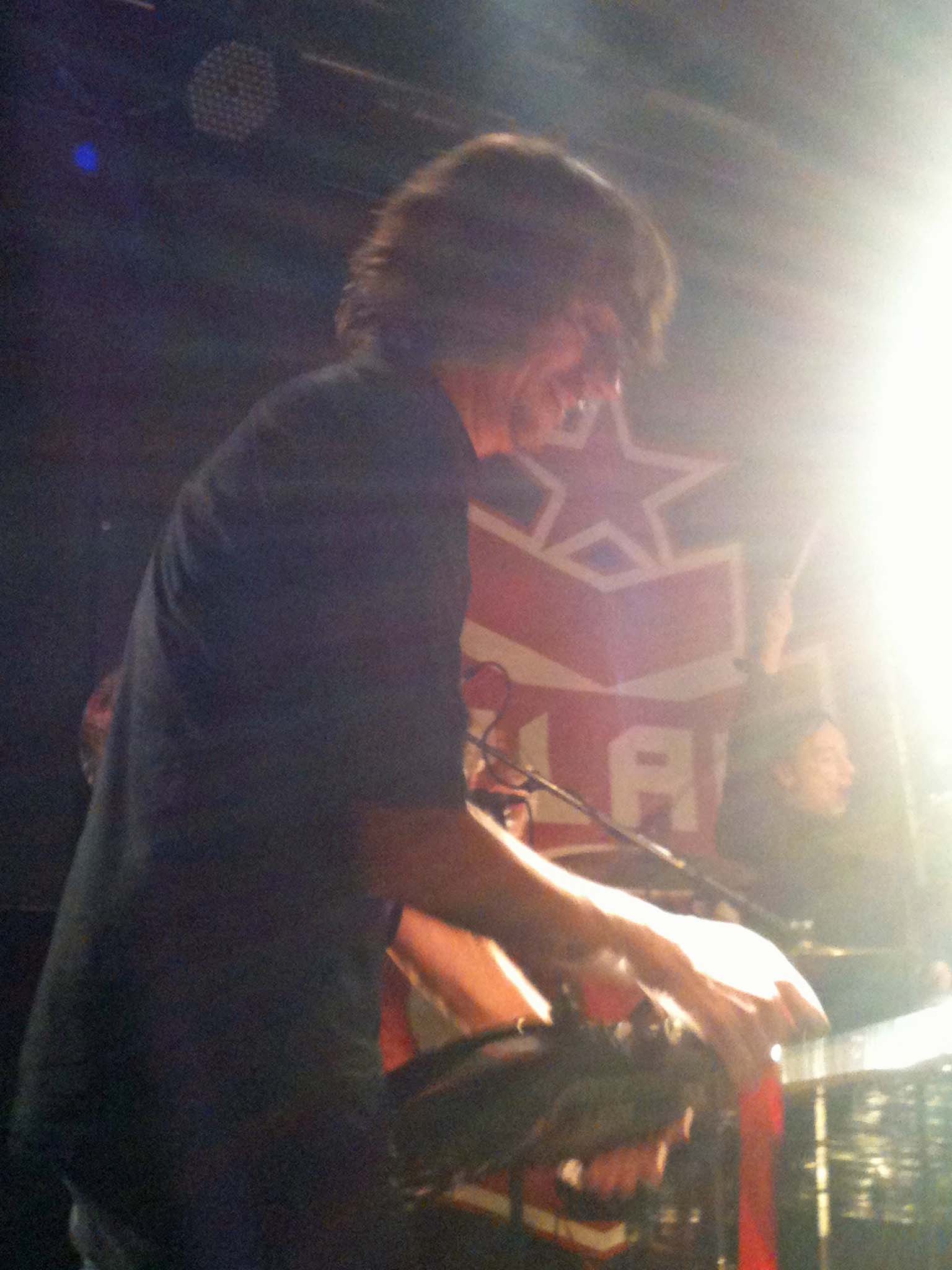 Christmas Market season in Berlin started and I went to Schmankerl-Hüttn (twice), an Austrian ski chalet themed bar at the Winterwelt am Potsdamer Platz to listen to German Schlager, dance on the benches and drink beer and Jägermeister. 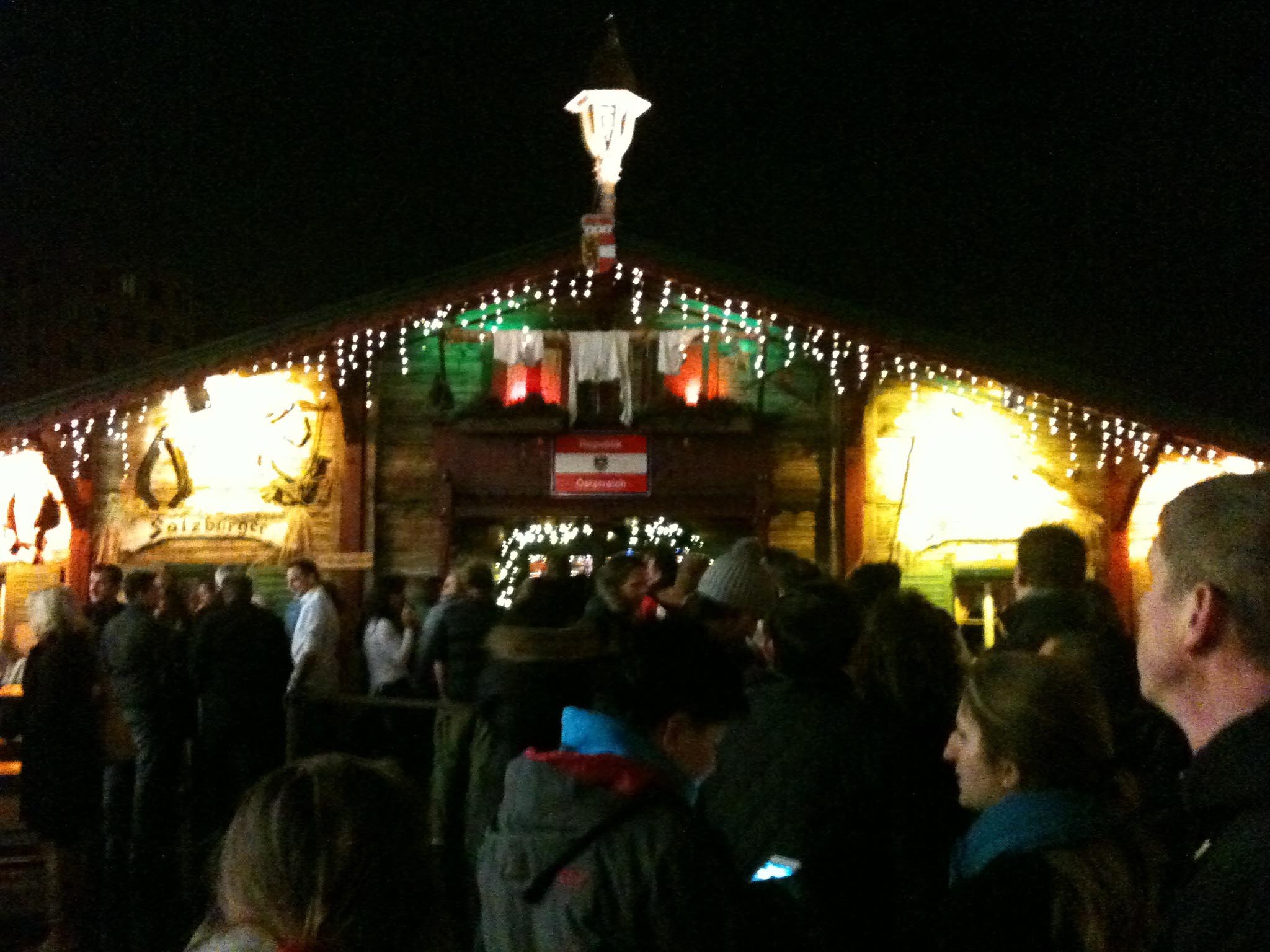 I hope there will be another couple of trips to Schmankerl-Hüttn and other great nights out in Berlin on the cards in December.

2 Responses to Photos From My Phone – November