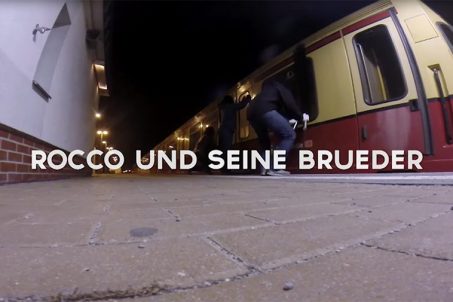 The street art collective Rocco and his Brothers has produced some of the most eye-catching, headline-grabbing and thought-provoking installations in Berlin over the past few years. This short documentary from Arte Street Atelier shows a number of their works and explores their motivations. Describing the move from graffiti to the more politically engaged installations they […] 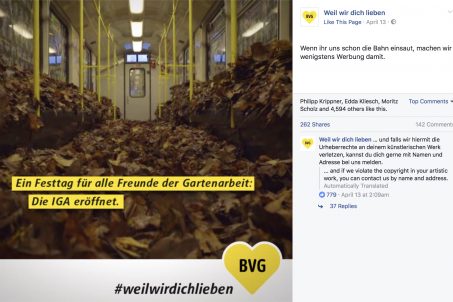 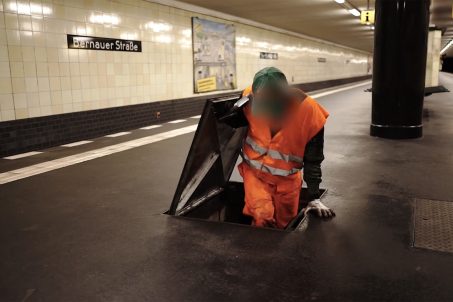 THE ANNOUNCEMENT is an art intervention dealing with surveillance in public spaces by the audacious Berlin art collective Rocco and his Brothers. Given the unprecedented intrusions into the privacy of East German citizens perpetrated by the Stasi, it is understandable that the increase in surveillance and the conflict between privacy concerns and security is an […] 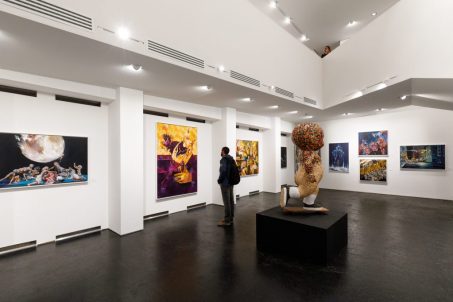 With its rich heritage of Street Art and Graffiti, it is only fitting that Germany’s first museum dedicated to the art forms should open in Berlin – the Urban Nation Museum for Urban Contemporary Art. For the first time impressive art work of world-known and emerging artists of the urban contemporary art are brought together […] 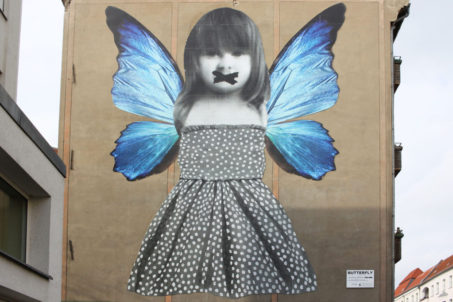 Michelle Tombolini’s Butterfly mural in Friedrichshain, part of the artist’s Indelible Marks project, is a beautiful piece of street art with a sad message – drawing attention as it does to the issue of the sexual exploitation of children. Walking along Boxhagener Strasse, the bright blue wings catch my eye first, contrasting with the black and white […] 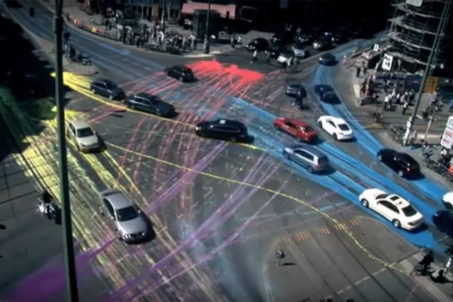 Berlin has often been described as grey and drab but the intersection at Rosenthaler Platz is anything but in this video, Painting Reality, a record of a guerrilla art action by IEPE and the Anonymous Crew. On a quiet Sunday in April 2010, a group of cyclists, coming from four different directions, gathered at the […] 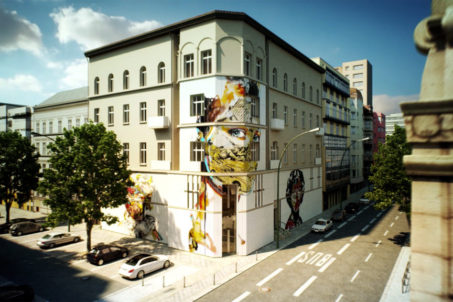 With its rich heritage of Street Art and Graffiti, it is only fitting that Germany’s first museum dedicated to the art forms should open in Berlin – the Urban Nation Museum for Urban Contemporary Art. Graffiti and street-art are part of Berlin and vice versa. They function here as a local art form: it helped […] 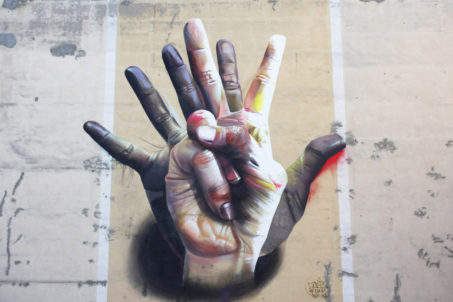 Unter der Hand is a gloriously bright, photorealistic mural of overlapping hands from Frankfurt-based street artist CASE aka CASE Maclaim in Berlin. Andreas von Chrzanowski, the man responsible for painting these massive hands in February 2014 was born in Thüringen.  He is regarded as a pioneer of the photorealistic street art movement and has been […] 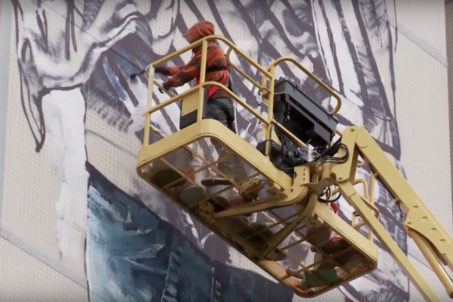 Franco-German TV network ARTE filmed the painting of the Fintan Magee Berlin Mural Cycle of Life for Urban Nation in Berlin. The mural is 42m high by 15m wide and working on such a large scale is a challenge for Magee.  In order to help get the proportions of the piece right he marks out a grid […] 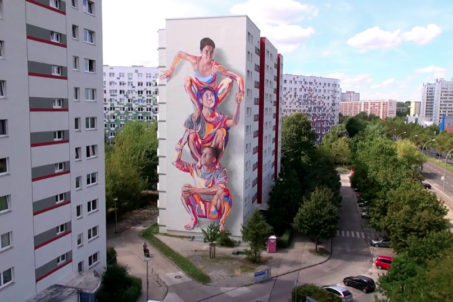 Editude Pictures were on hand to follow JBAK as they painted their Totem mural for Lichtenbeg Open Art (LOA) in Berlin. As well as showing the painting in progress, Editude spoke to James Bullough and Addison Karl about their process and vision for the mural and observed an art workshop with local residents given by […]