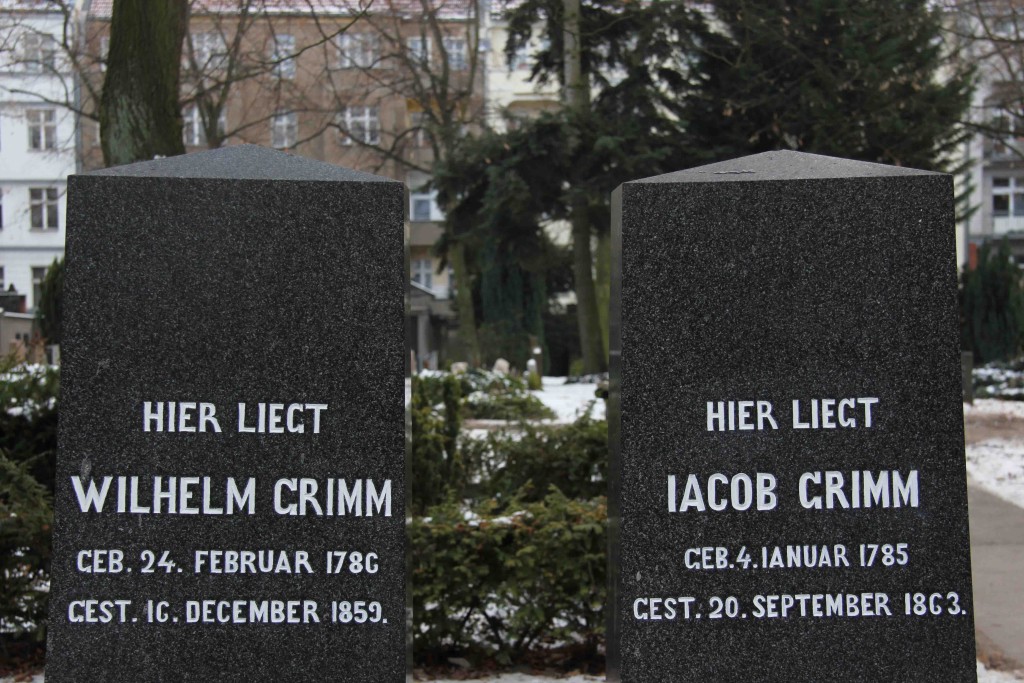 In this series I hope to present some of the characters whose histories have become entwined with the history of the city itself – men and women who have shaped the political, literary or musical development of Berlin or in some way altered the lives of its citizens.

Many of these people, like myself, will not be born and bred Berliners, some may have spent only a little time here but all will have left their mark.

The Graves of the Brothers Grimm

Jacob and Wilhelm Grimm only spent the years from 1840 until their deaths in 1859 and 1863 in Berlin, working at the University but their bodies are buried at the Alter St-Matthäus-Kirchhof in Schöneberg. 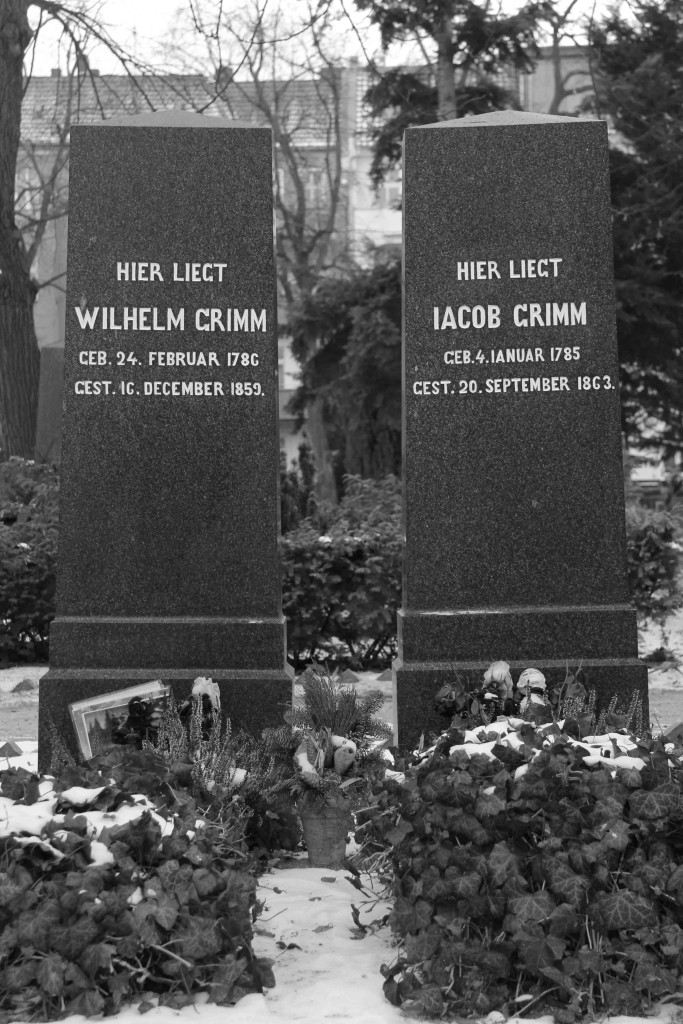 Grimm’s Fairy Tales have been thrilling and frightening children in equal measure since they were first published as a collection of Children’s and Household Tales in 1812.

Their book was the first time that many of these folklores, that up to that point had been passed down orally from generation to generation, had appeared in print and was therefore responsible for introducing the tales to the wider world.  Amongst the most popular stories they brought us are Cinderella (Ashputtel); Snow White (Snow Drop); Sleeping Beauty (Rose-bud);  Rumpelstiltskin; and Rapunzel.

Whilst they are best known for their fairy tales the Brothers Grimm were academics and their collection of folk stories grew out of their work in Philology, the study of languages, particularly in relation to historical texts.

After the publication of their most well known work the Grimms continued their studies of the German language and Jacob Grimm is credited with Grimm’s Law a set of statements that describe the development of Proto-Germanic from Proto-Indo-European languages.

The Brothers also began work on a German dictionary, which remained unfinished at their deaths.

Jacob-und-Wilhelm-Grimm-Zentrum (Jacob and Wilhelm Grimm Centre) opened in Berlin in 2009 and houses the Central Library of the Humboldt University.  The building is located on Geschwister-Scholl-Strasse and visible from the S-Bahn as it travels between Friedrichstrasse and Hackescher Markt. 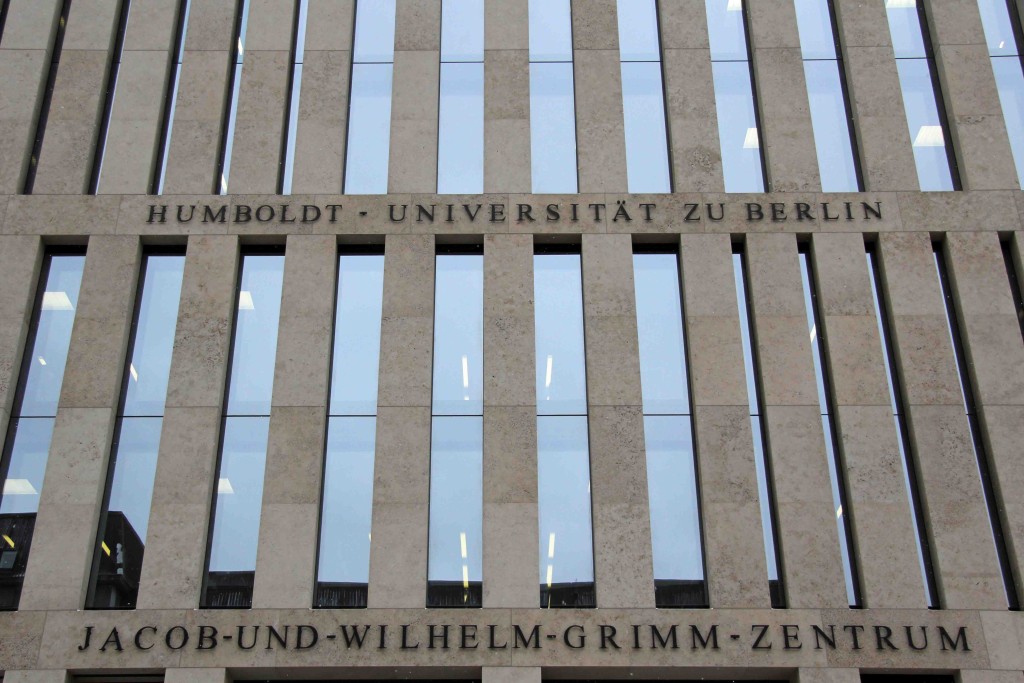