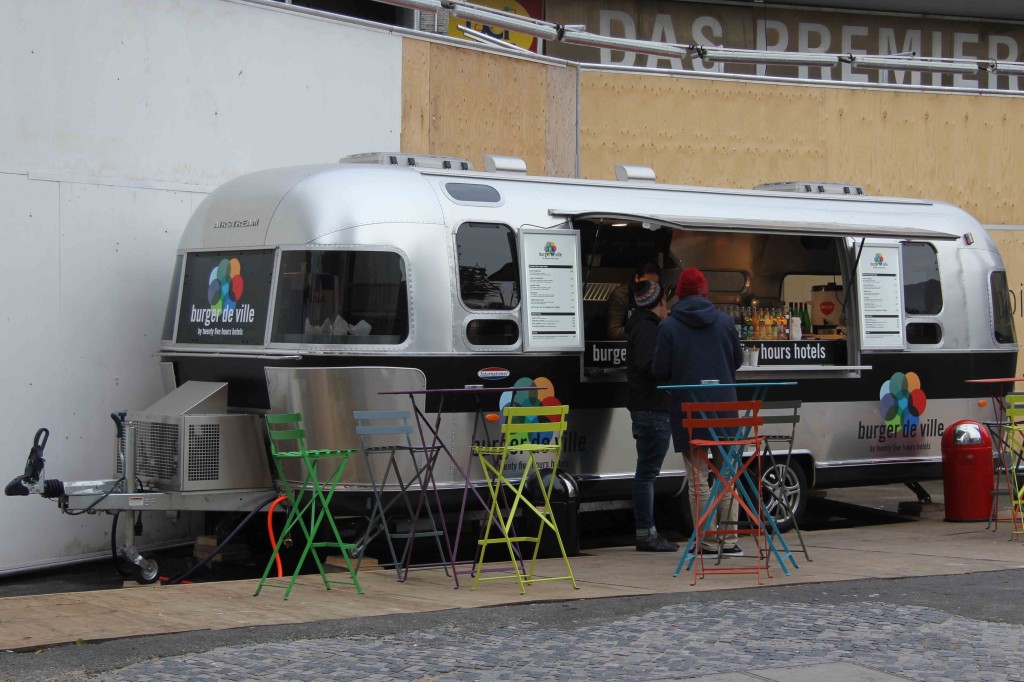 Burger de Ville is a pop-up burger van outside Bikini Berlin, a mixed use development, including shops, offices a cinema and hotel, currently under construction opposite the Kaiser-Wilhelm-Gedächtniskirche on Hardenbergstrasse.

The food caravan is being used to promote the Twenty Five Hours Hotel that will open at Bikini Berlin in Autumn 2013.

It was the eye-catching design of the Airstream ‘silver bullet’, aluminium and steel caravan, that has been converted to house a kitchen, that first caught my eye on a shopping trip to the nearby Ku’damm. 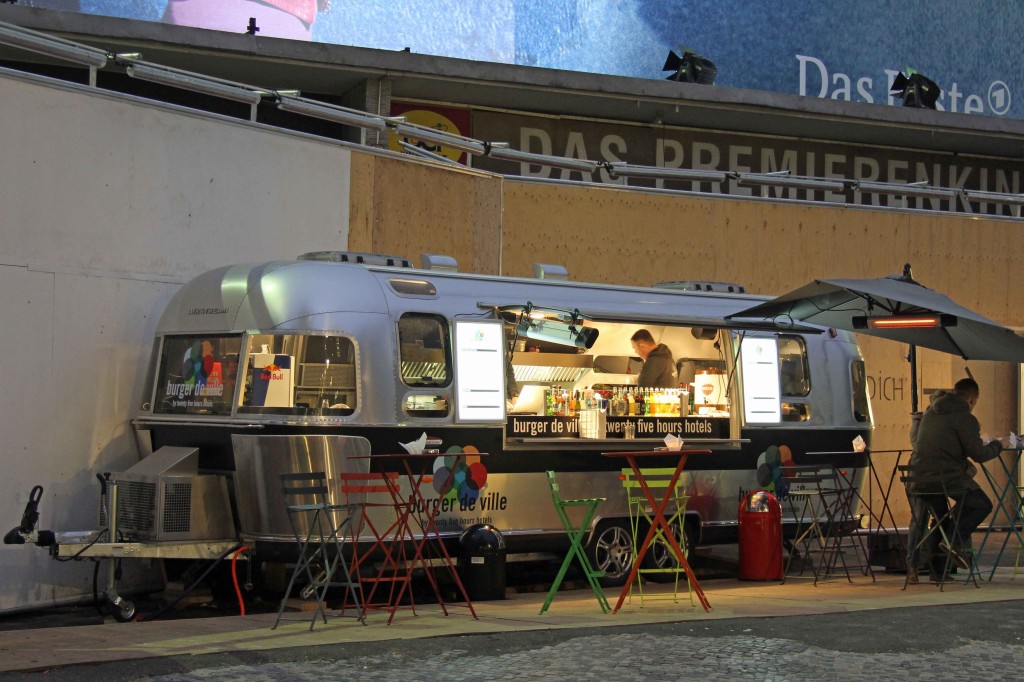 I’m a big burger fan so it was only a matter of time before I went back to eat there and that’s just what I did early on Friday evening.

I ordered the Jalapeño Burger (which comes with tomatoes, jalapeños, manchego cheese, lollo bianco lettuce, crispy bacon and a chilli mayonnaise), Pommes mit Meersalz (chips with sea salt) with ketchup and a Fürstenberg (beer), which came to €9.10. 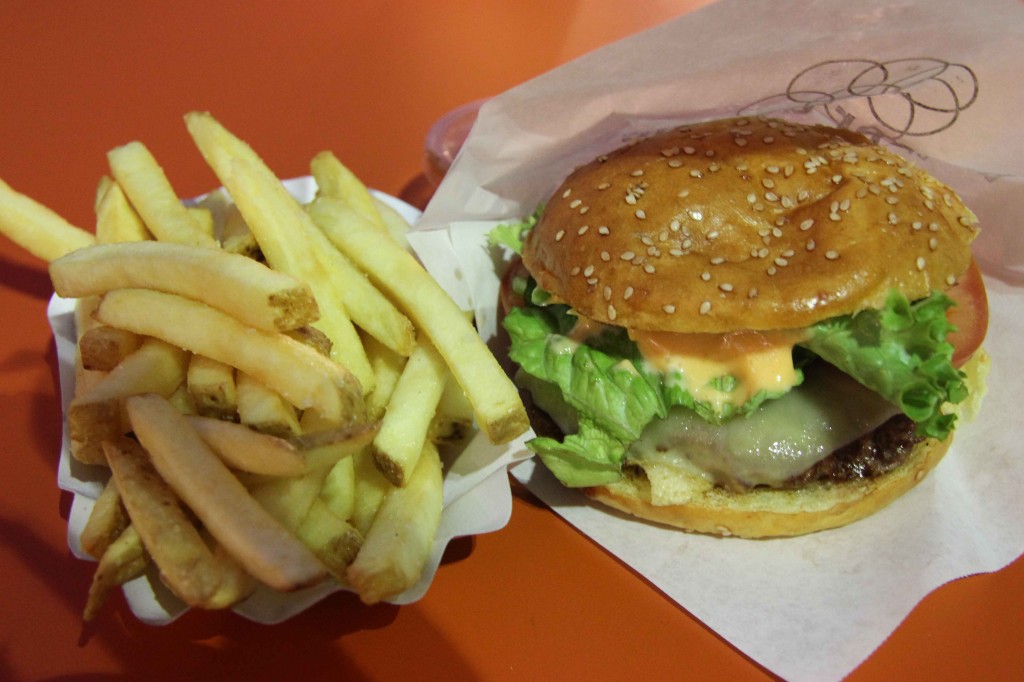 For me, the chips were too salty but maybe I made the wrong choice, as there are three other chips options on the menu – I particularly like the sound of the Funky Pommes (chips with garlic and smooth parsley).

The burger on the other hand was very tasty.  The meat was juicy and the jalapeños delivered a good kick.  It was so good in fact that I’ve already been back for another one. 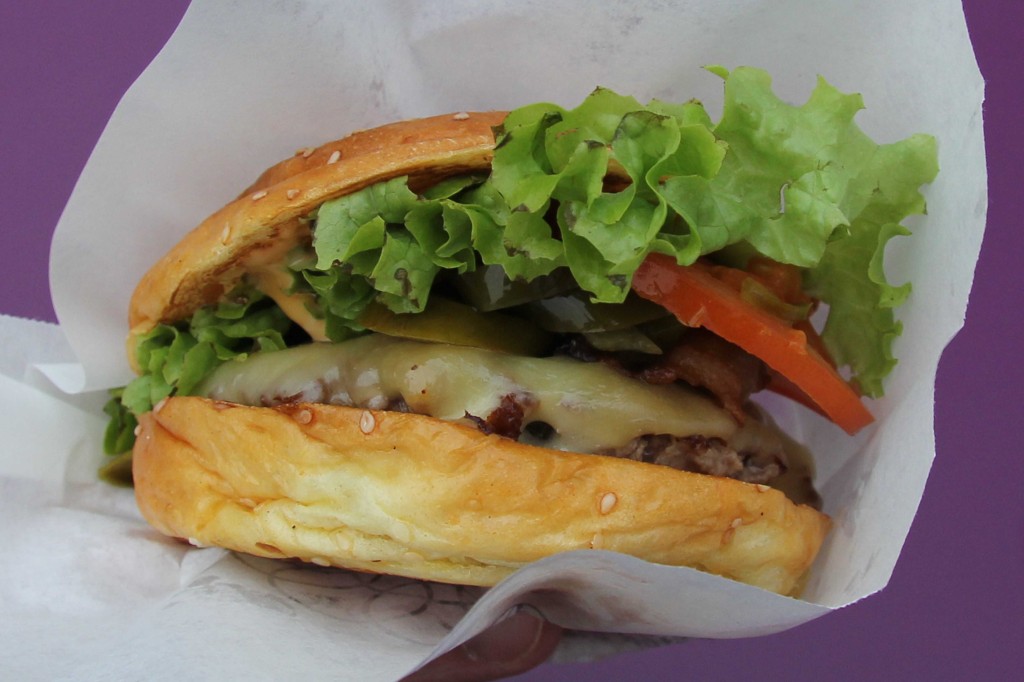 The biggest challenge facing Burger de Ville though, isn’t the saltiness of the chips, it’s the lack of an indoor eating space. With the Berlin nights already closing in and temperatures in single digits, eating outdoors isn’t appealing to most people and in the coming weeks temperatures will struggle to climb above freezing.

In those conditions even the homemade Glühwein won’t be enough to make customers want to stand around at Burger de Ville for long.

Burger de Ville now has a tent attached to the caravan that provides shelter from the elements during the cold Winter weather.

Also, Jürgen from Burger de Ville has been in touch about my issue with the chips (Pommes) I ate:

…if something like that is brought to our attention we will correct it immediately and would replace whatever it is without hesitation.  I spent 10 years in the US and have the same customer orientated approach as most companies in the service sector in the US…

It is this kind of attitude that will play a big part in the potential success of Burger de Ville.