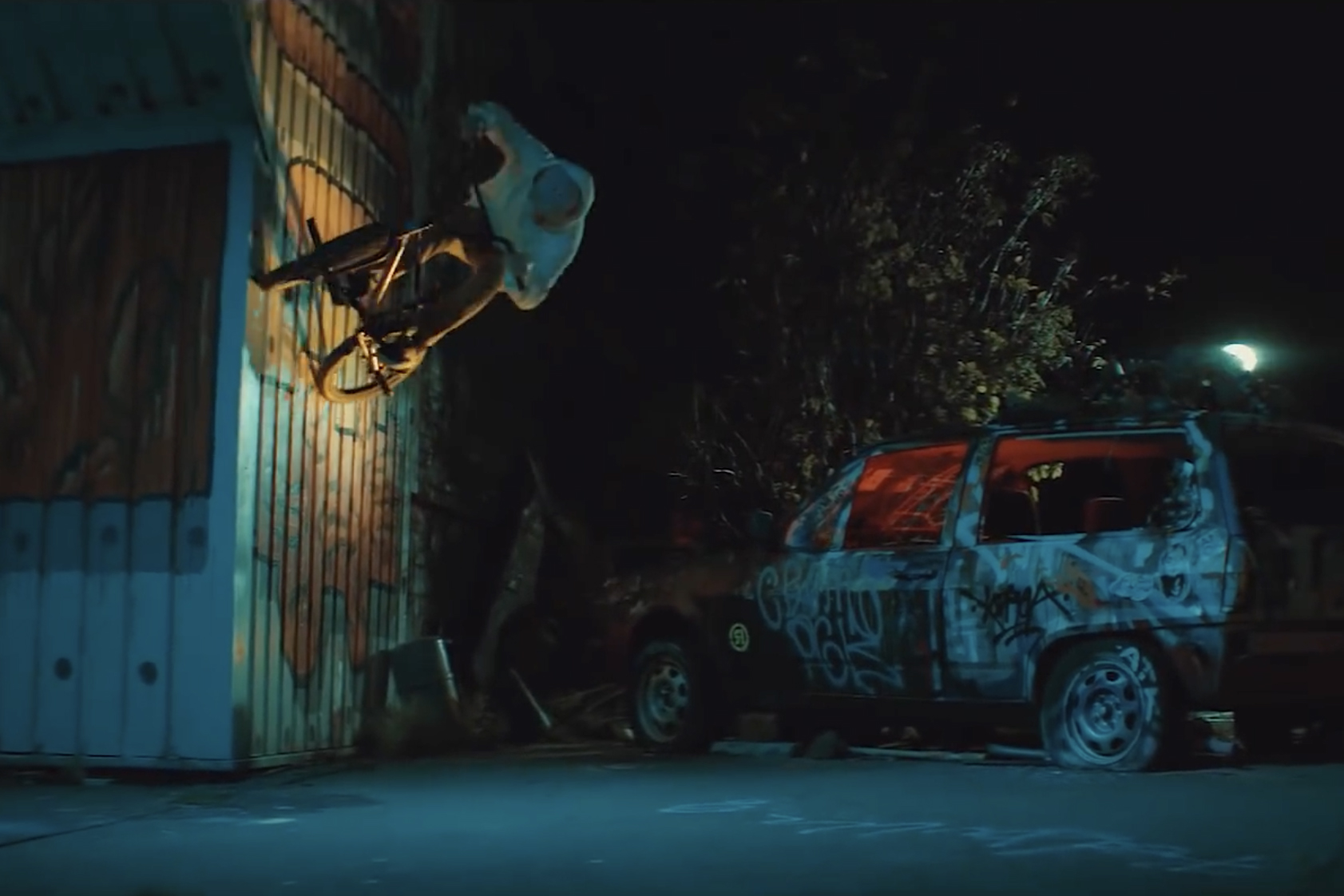 In the lead up to Halloween, Red Bull has released Devil’s Voice, a spooky video featuring Bruno Hoffmann riding at the Teufelsberg.

BMX rider Anthony Perrin is trapped in a parallel universe at the Teufelsberg in Berlin –  a spooky communications interception station from the Cold War. His friend Bruno Hoffmann, called by mysterious voices, is heading there to save him by clearing various levels at Teufelsberg with his riding skills. But who is sending these voices? Anthony? The Devil?

Hoffmann took his inspiration for the BMX video, which was filmed over the course of five nights, from the Netflix series Stranger Things.

Teufelsberg is a mountain in the Grunewald Forest on the edge of Berlin formed from the rubble of houses destroyed in the Second World War. The rubble was piled on top of a Nazi military-technical college designed by Albert Speer and was later crowned by an NSA listening station used to monitor Soviet communications during the Cold War.

The listening station fell into disrepair after the allies withdrew from Germany following reunification and in the last few years has become a massive canvas for street artists and graffiti sprayers.

I usually concentrate on my tricks and my riding when shooting. But we had an additional level here: the scenery and history of Teufelsberg. I liked the spooky atmosphere, fog and forest.

Devil’s Voice starts with Bruno Hoffmann staring up through the foggy night at the listening station. As he rides the paths around the mountain he hears fellow BMX Rider Anthony Perrin through a discarded walkie-talkie begging for help.

He then rides his way into the building, up to the roof and further into the uppermost reaches of the radar dome, performing tricks as he goes.

What has become of Anthony Perrin and can Bruno Hoffmann save him? Check out the video below to find out (and be sure to watch to the end for some extra behind the scenes shots).