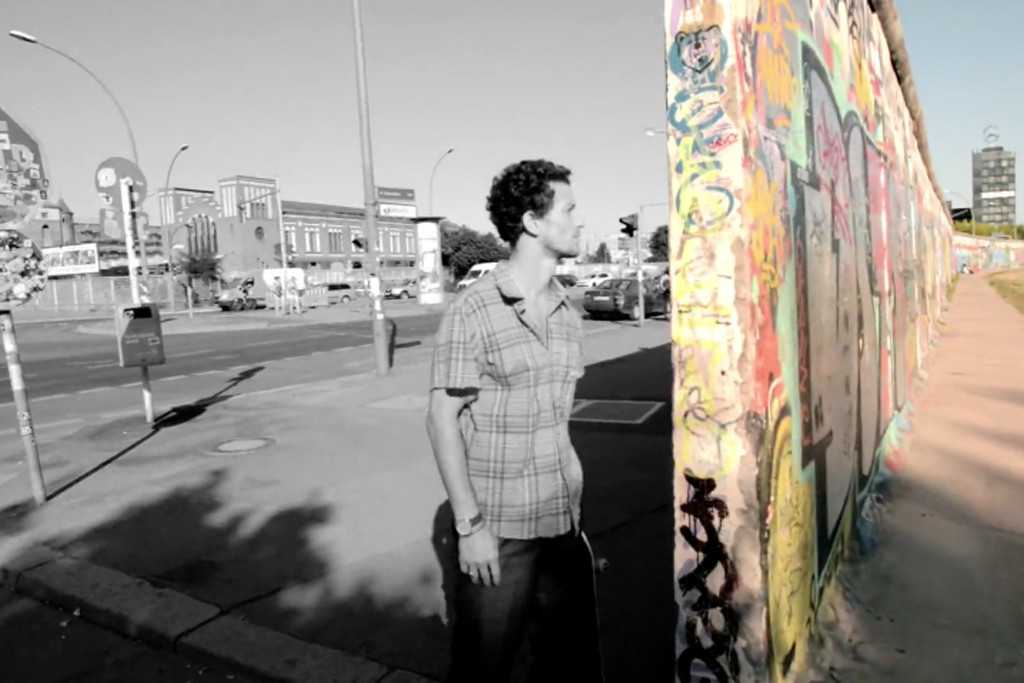 There was a time (in a previous life) when I rarely went anywhere without my skateboard but I couldn’t even dream of doing some of the tricks that Michael Mackrodt casually pops all over Berlin.

As with many skateboard videos it is a fail that gave me my biggest ‘Oh wow’ moment.  At 03:25 Mackrodt falls short in an attempt to ollie a wire fence, which shows just how much he’s pulling out all the stops for the camera.

The concept of portraying East Berlin as grey and West Berlin as colourful is a little clichéd and outdated but Visualtraveling – East Meets West Berlin is beautifully made and Michael Mackrodt is a class act so this skateboarding video is well worth 4 and a half minutes of your time.