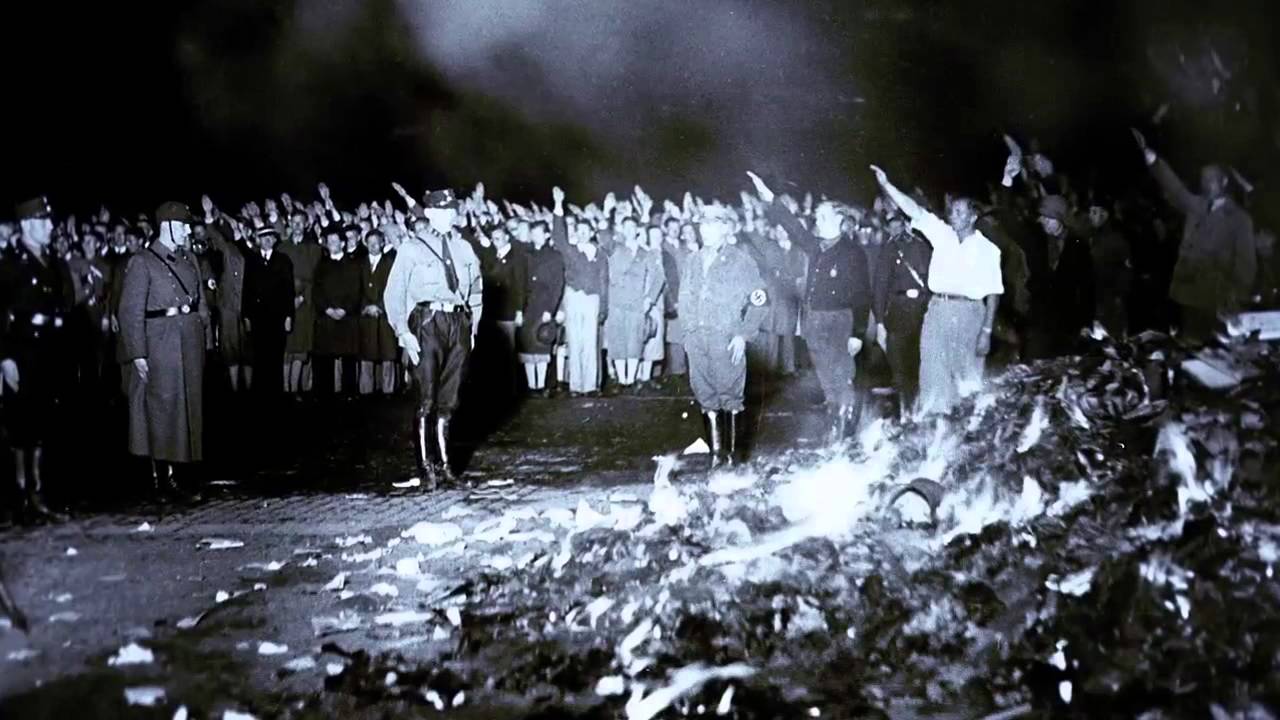 In the short documentary, Nazi Book Burning, the United States Holocaust Memorial Museum presents the events of 1933 in Germany and discusses why regimes like the Nazis target culture and in particular books.

Shortly after the Nazis’ rise to power, picking up on the government’s desire to ‘purify’ German culture and society, the National Socialist German Students’ League (Nationalsozialistischer Deutscher Studentenbund, or NSDStB) began collecting books that were considered ‘un-German’.

On the night of 10 May 1933 in 34 German university cities, students gathered in town squares and other public spaces and set fire to huge piles of these confiscated books.

In Berlin alone it is believed that a crowd of more than 40,000 people watched on as students set fire to more than 20,000 books on what is now the Bebelplatz (then the Opernplaz).

Joseph Goebbels, the Reich Minister for Public Enlightenment and Propaganda addressed the crowd that night in Berlin:

…and the future German man will not just be a man of books but also a man of character. And it is to this end we want to educate you.

As the books were consigned to the flames student leaders denounced their authors:

Against decadence and moral decay! For discipline and decency in the family and the nation! I commit to the flames the writings of Heinrich Mann, Ernst Glaeser and Erich Kästner.

Kästner, most famous for his children’s books, including Emil and the Detectives, was among the crowd as his books were tossed on the fire. He would later recall:

I was standing in front of the university wedged between students in SA uniforms, saw our books fly into the twitching flames, and heard the faint tirades of the clever little liar. Funeral weather hung over the city. It was disgusting.

Foretelling the connection between the Nazi book burning of 1933 and the horrific genocide that would follow, another of the targeted authors, Heinrich Heine wrote in 1820:

That was but a prelude; where they burn books, they will ultimately burn people as well.