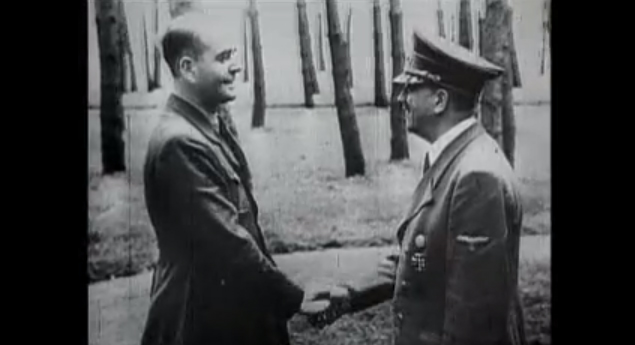 The documentary shows the faith that Hitler placed in Speer:

In January 1934 Troost died.  Speer, who had not yet designed a single building, became the First Architect of the Führer – a phenomenal rise to power.

I was aware of Speer’s role as Hitler’s architect for Welthauptstadt Germania, having visited the Schwerbelastungskörper (the testing stone for the foundations of Hitler’s triumphal arch) and seen the model of the Große Halle (Great Hall) at the Deutsches Historisches Museum (German Historical Museum).

It was learning of Speer’s role as Armaments Minister, a position he assumed in 1942 after the suspicious death of Fritz Todt in a plane crash, that surprised me.

Ohrwurm: The xx – Try
Schloss Charlottenburg – Part 2: Inside the Palace