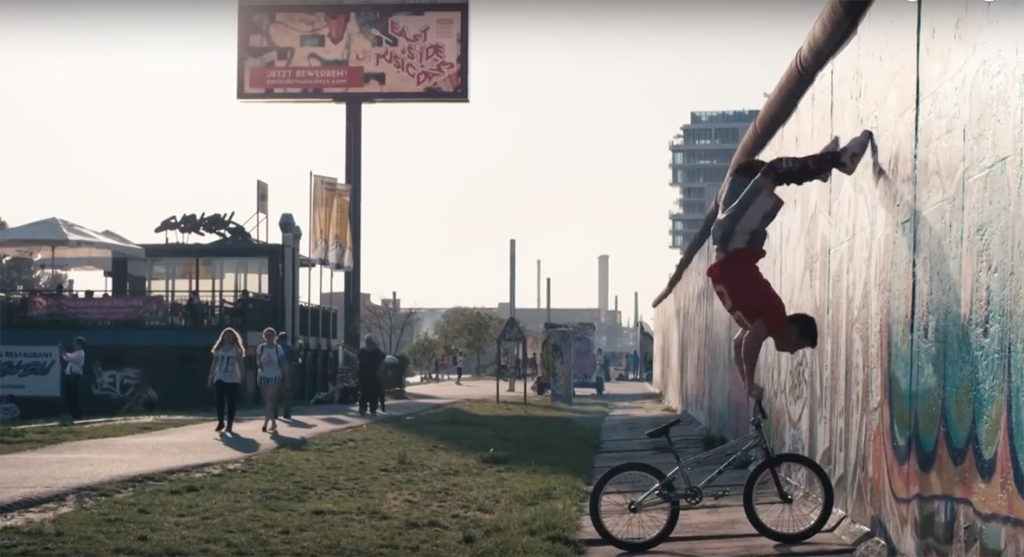 BMX-rider Tim Knoll does some incredible tricks as he rides around Berlin in his BMX Meets Parkour | Unthinkable Bike Tricks video for Red Bull.

He forward rolls, somersaults and swings his way around the city as much as he rides around it.

He stops off at traditional BMX and skateboarding locations like Park am Gleisdreieck and the Neue Nationalgalerie and finds some time to call in on tourist hotspots such as the Siegessäule, Tempelhof Airport and the East Side Gallery.

My expectations going into this were pretty high. Berlin met all my expectations as far as how creative and unique the spots were and it was just a really awesome place to thrive in…