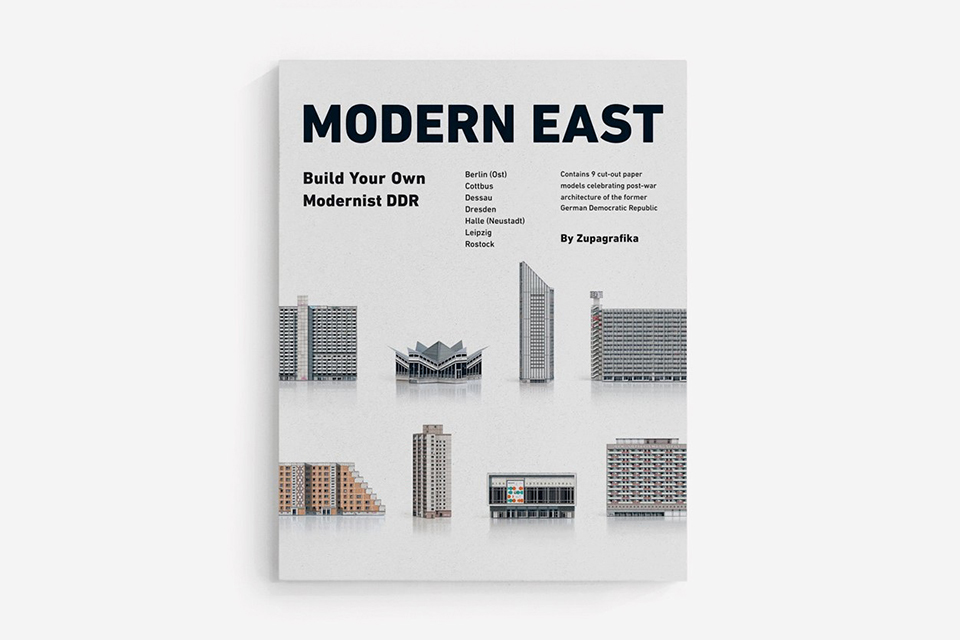 MODERN EAST. Build Your Own Modernist DDR is a set of 9 paper models of GDR Architecture to cut out and assemble by Zupagrafika. 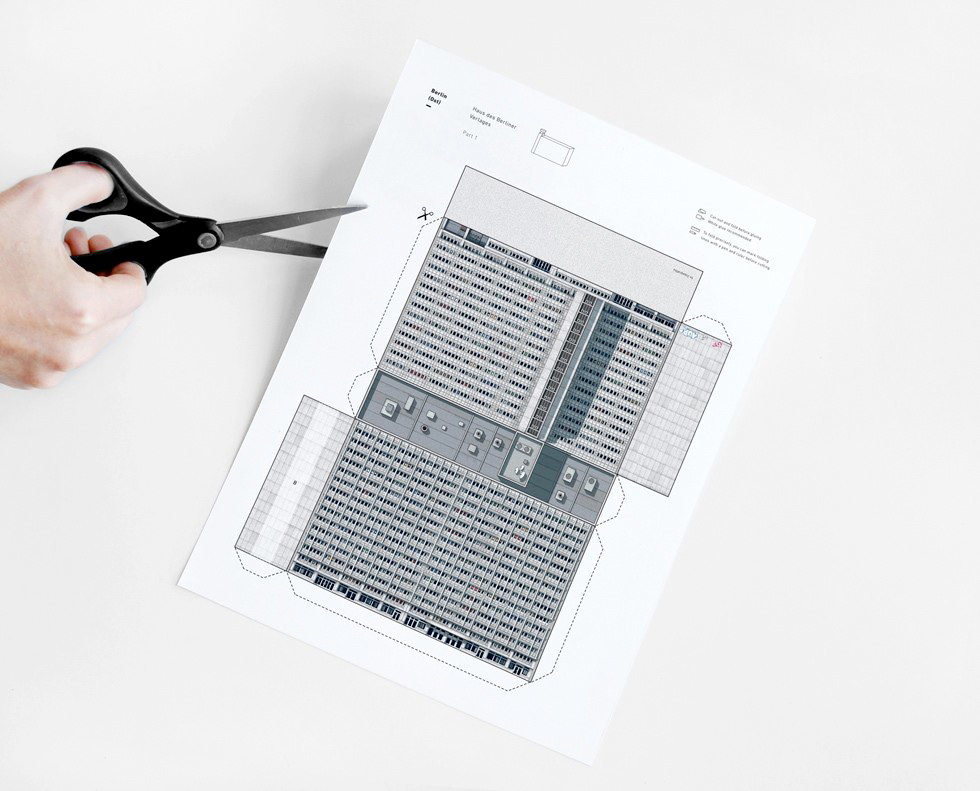 ‘MODERN EAST. Build Your Own Modernist DDR’ by Zupagrafika celebrates socialist modernist and brutalist architecture of the former East Germany. Have a peep over the Wall and reconstruct some of the most intriguing edifices erected between early 1950s and late 1980s – from the massive Plattenbauten of Rostock, through the icons of DDR-Moderne, like Kino International or Haus des Berliner Verlages, to the demolished relict of East Germany’s heyday – Mokka-Milch-Eisbar ‘Kosmos’. All models feature detailed illustrations of the original facades before their renovation.

The Haus des Berliner Verlages near Alexanderplatz was home to the newspapers Berliner Zeitung and Berliner Kurier until 2017 when the building was sold to the New York Real Estate company Tishman Speyer for an undisclosed price. The building is most recognisable for the rotating ‘Berliner Verlag’ sign on its roof. 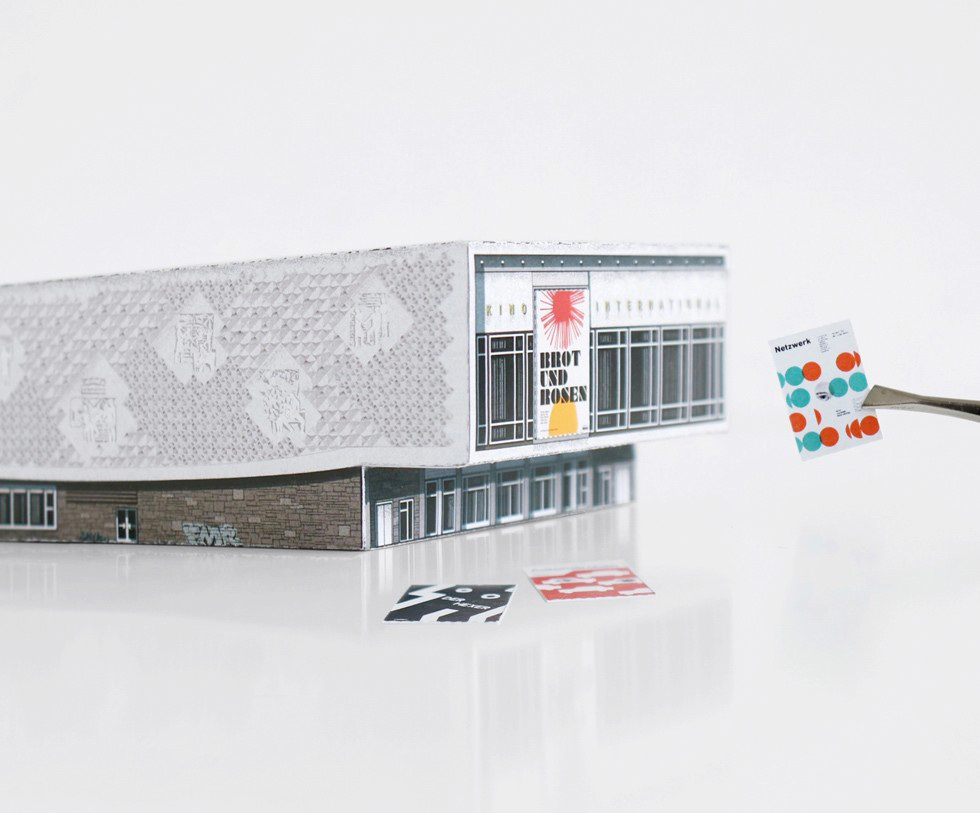 The Kino International’s imposing facade of sandstone and glass overhangs the pavement along the broad boulevard of the Karl-Marx-Allee. The cinema hosted countless film premieres of state-produced DEFA films before East German party dignitaries in Cold War-era Berlin. The MODERN EAST model comes with a set of 4 posters to be attached to the facade, inspired by GDR-era films. 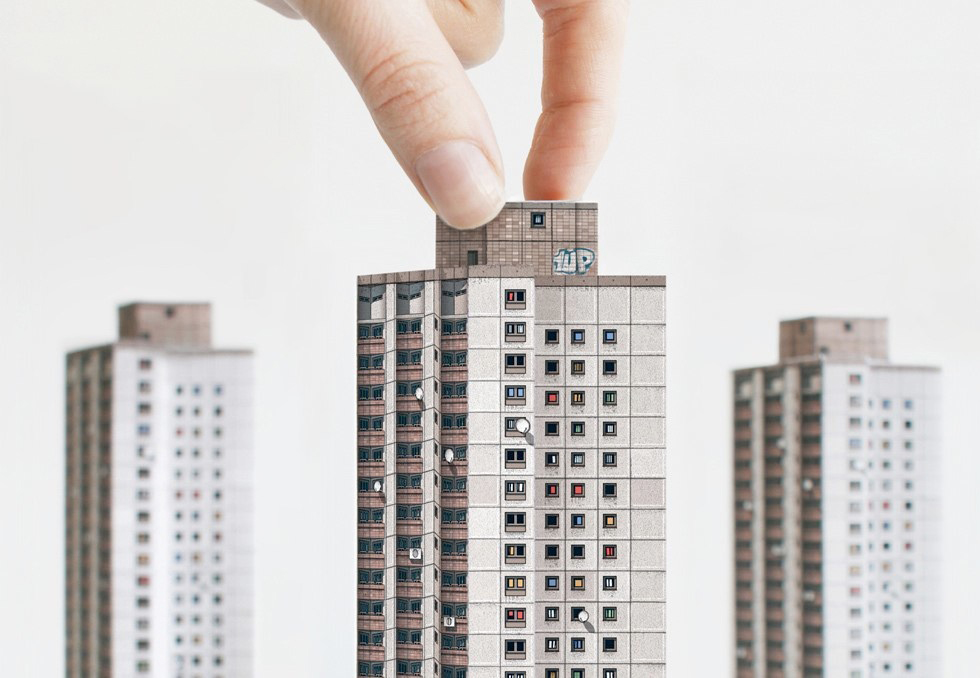 The high-rise flats of the Ernst-Thälmann-Park Housing Complex will probably be more familiar as the background to photos of the Ernst-Thälmann monument than as an iconic landmark in their own right. The estate, inaugurated in 1986 was given protected status in 2014, as an example of GDR architecture and a “design and functional highlight of the East Berlin housing and urban expansion policy”.

If MODERN EAST. Build Your Own Modernist DDR by Zupagrafika has only served to whet your appetite for GDR architecture models, have a look at Blokoshka, their Modernist Architectural Matryoshka inspired by the traditional Russian dolls that fit inside each other.