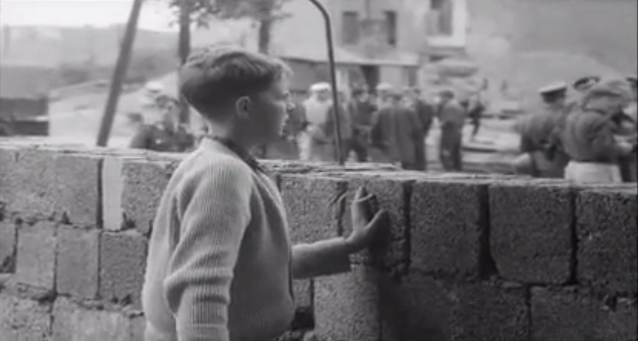 Produced for Berlin Story to accompany the book of the same name, The Berlin Wall 1961 – 1989 is an informative and entertaining documentary covering the lifecycle of the world’s most infamous border fortification.

The usual historical events are covered: the building of the ‘wall’ on 13 August 1961, Kennedy’s ‘Ich bin ein Berliner’ speech and Reagan’s challenge to his Soviet counterpart, “Mr Gorbachev, tear down this wall”; but there are also personal insights that add colour to the story.

The film lacks a little of the polish of a documentary produced by the likes of the BBC, National Geographic or the History Channel but the abundance of archive footage make this a must-see for Berlin history fans.