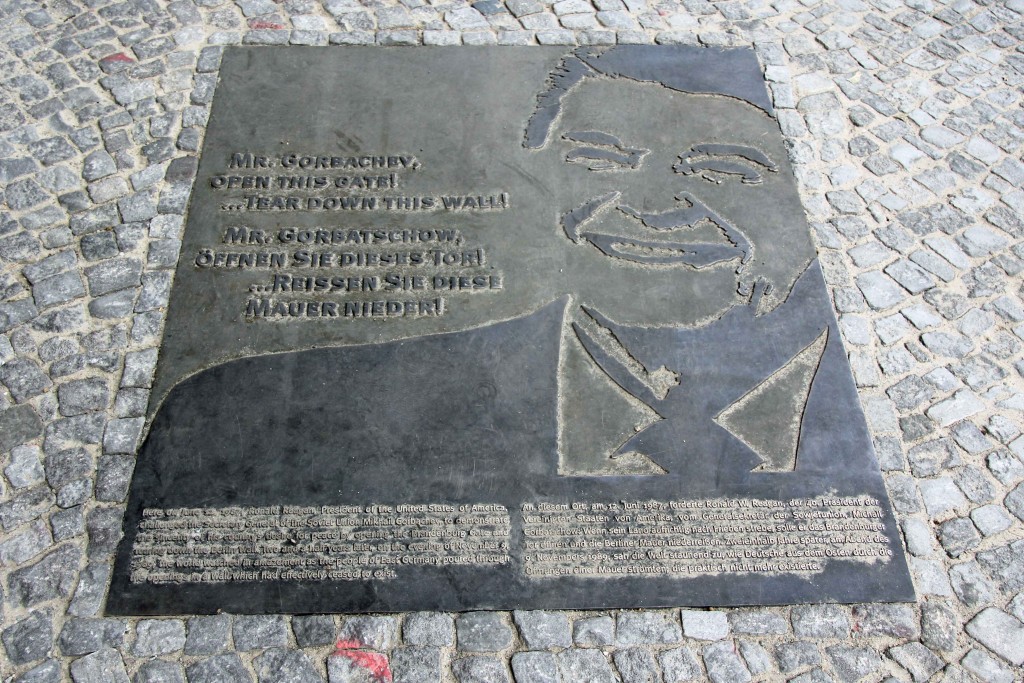 A new memorial to former US President Ronald Reagan was unveiled on 19 September 2012 at the corner of Strasse des 17 Juni in Berlin.

Revealed 25 years after the original event, the plaque commemorates Reagan’s speech made in front of the Brandenburg Gate in which he implored Mikhail Gorbachev to “tear down this wall”.

Here is an excerpt from that speech.

Reagan – Tear Down This Wall

The speech was made on 12 June 1987 at a time when nobody believed the wall would fall but just 881 days later it did.  It was a definite sign of a further thawing in the Cold War and an indication of a greater understanding between the US and the Soviet Union.

When I first went to take photographs of the plaque on 20 September, less than 24 hours after the unveiling ceremony, it was covered and behind barriers.  If anyone knows why this was the case I’d love to know. 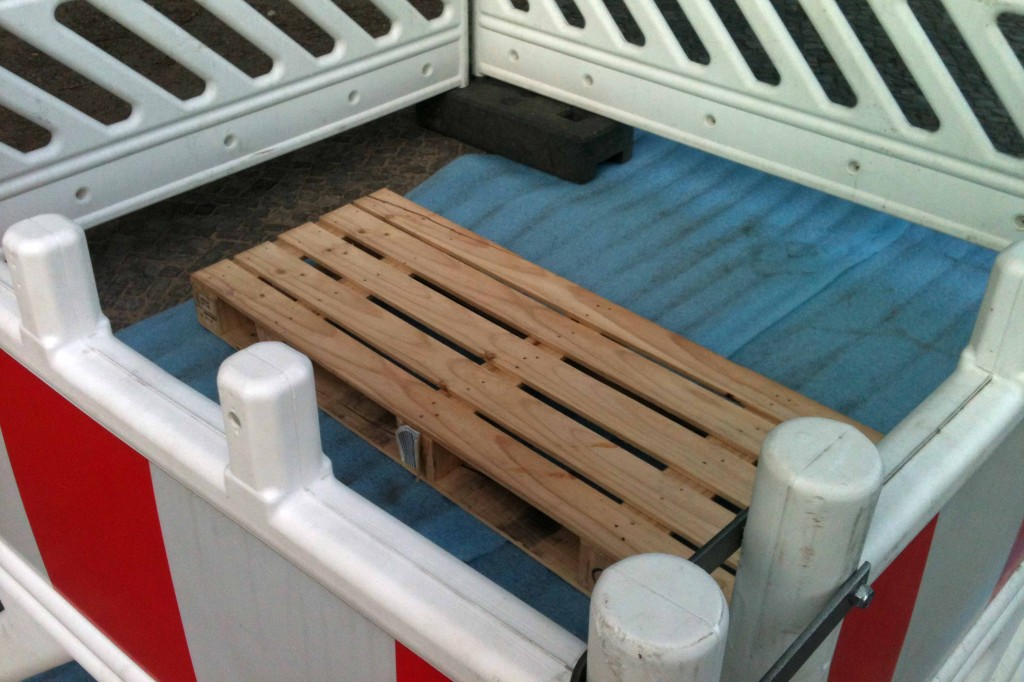 Thankfully, when I went back a few days later it had been re-revealed. 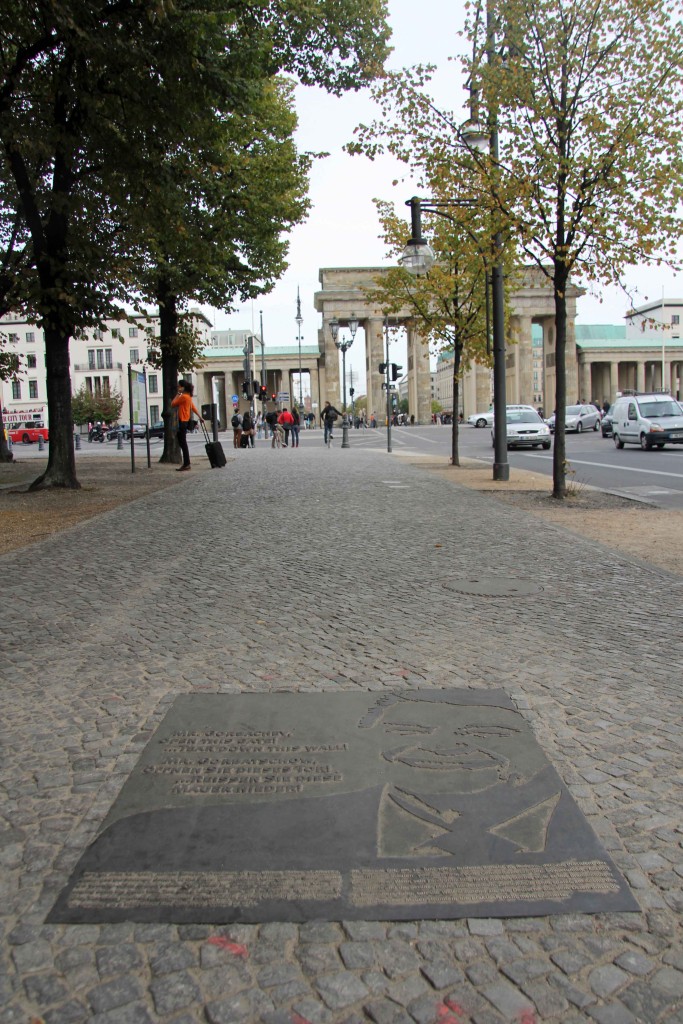 I was surprised to hear that there was already a plaque commemorating Reagan’s speech in front of a building at Axel-Springer-Strasse 65, which I also went to see a few days later. 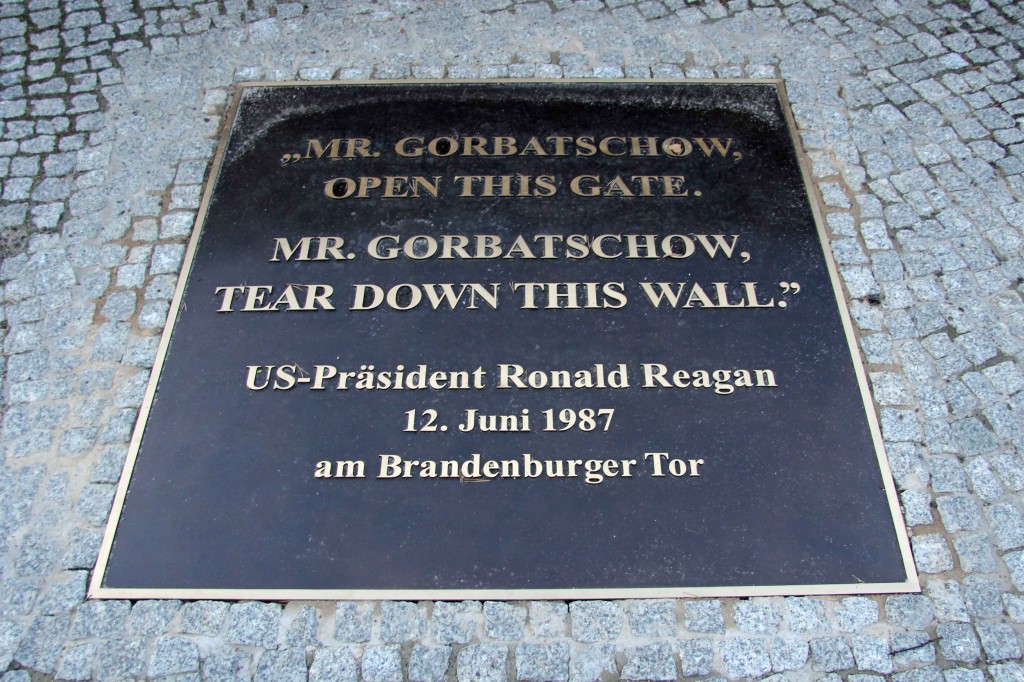