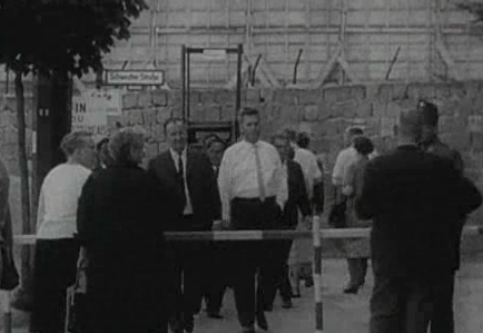 Photo: Still from The Tunnel – NBC

Featuring footage shot inside the tunnel under the Berlin wall, the programme offers a unique insight into the remarkable efforts some were willing to go to in order to secure the freedom of others.

The tunnel stretched 120 to 140 metres below the border from Schönholzer Strasse 7 to Bernauer Strasse 78.

As the film points out the intention was to free many more East Germans but the tunnel flooded after 29 people had used it to cross from East to West.

Unfortunately, embedding has been disabled for this video but you can find it here.