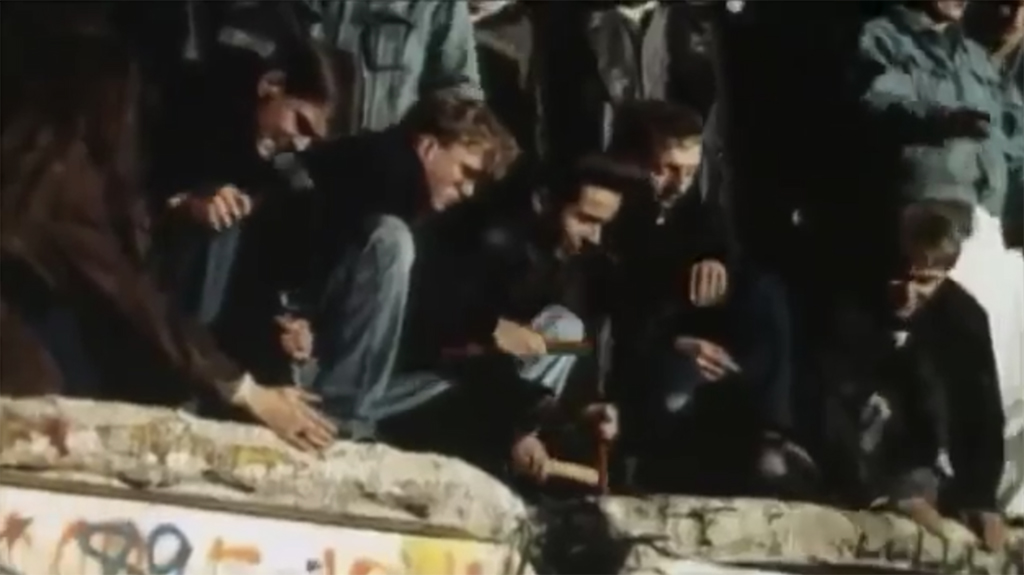 The 2 part documentary, The Rise And Fall Of The Berlin Wall, from the History Channel, tells the story of the Anti Fascist Protection Rampart, more commonly known as The Berlin Wall, erected on 13 August 1961, which fell on 9 November 1989.

Of particular interest, is the lengths that people would go to, to bring loved ones across the wall.  Describing her husband’s endeavours to free her and her daughter, Roswitha Köppen says:

I see it as the greatest proof of his love.  Not every man would do what Klaus did.  Basically, he risked his life for us.

Also notable, are the ingenious plans of the Bethke family.  The first of the three brothers escapes in May 1975.  Ingo, a Border Guard, paddles across the Elbe river on an air bed.  Eight years later, on 31 March 1983, Ingo helps his brother, Holger,  to flee the East, across a steel cable, strung between buildings facing each other at the border.  Ingo and Holger then hatch a successful plan to fly their youngest brother Egbert, on a micro-lite plane, from The Soviet War memorial at Treptow Park to The Reichstag on 26 May 1989.

The Rise And Fall Of The Berlin Wall