He was born in Brookline, Massachusetts and never lived in Berlin but President John F Kennedy is probably the most famous ‘Berliner’.

In a speech on the steps of Rathaus Schöneberg on 26 June 1963 Kennedy declared:

All free men, wherever they may live, are citizens of Berlin, and, therefore, as a free man, I take pride in the words “Ich bin ein Berliner!”

It was a defining moment at the height of Cold War tensions between the USA and the Soviet Union.  A warning from Kennedy to his Soviet counterpart, Nikita Krushchev, that the Americans would not foresake the West Berliners and a show of solidarity for a people adjusting to life in the shadow of the Berlin Wall.

It is probably one of the most iconic moments of 20th century political history.

A plaque on the facade of Rathaus Schöneberg commemorates this significant event. 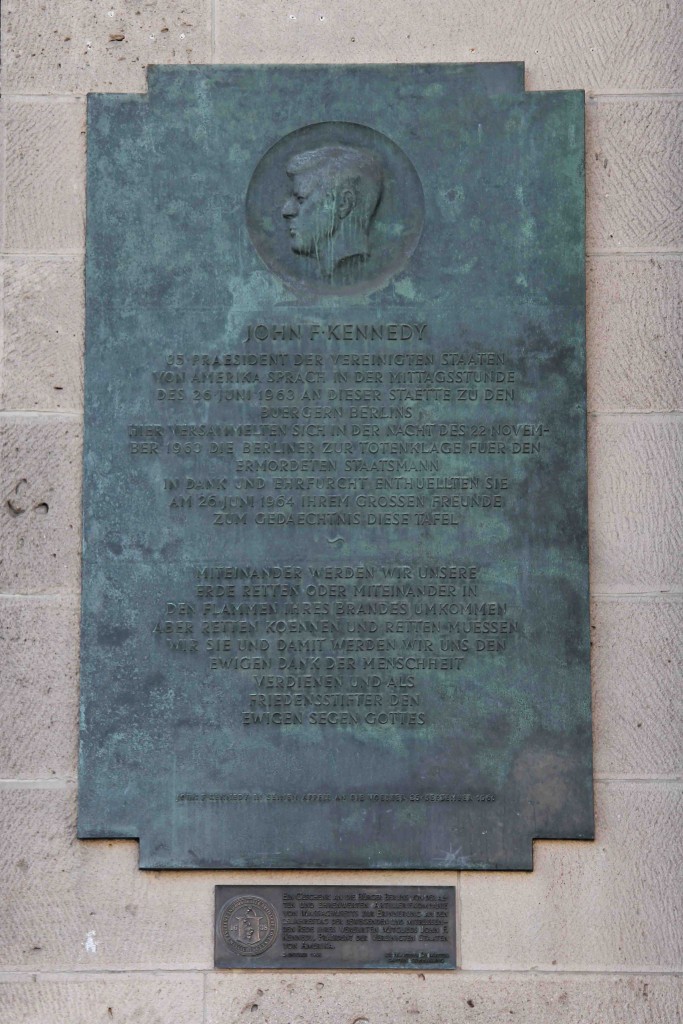 It is an oft repeated story that in using these words Kennedy said ‘I am a doughnut’ (or donut for the Americans).

It’s true that in many parts of Germany a jam filled doughnut is known as a Berliner but in Berlin the doughnuts are known as Pfannkuchen and the citizens are Berliners.

Here’s a video of part of John F Kennedy’s ‘Ich bin ein Berliner’ speech for anyone who hasn’t seen it before or those inclined to watch it again. You can also watch a fuller version of the famous speech here.