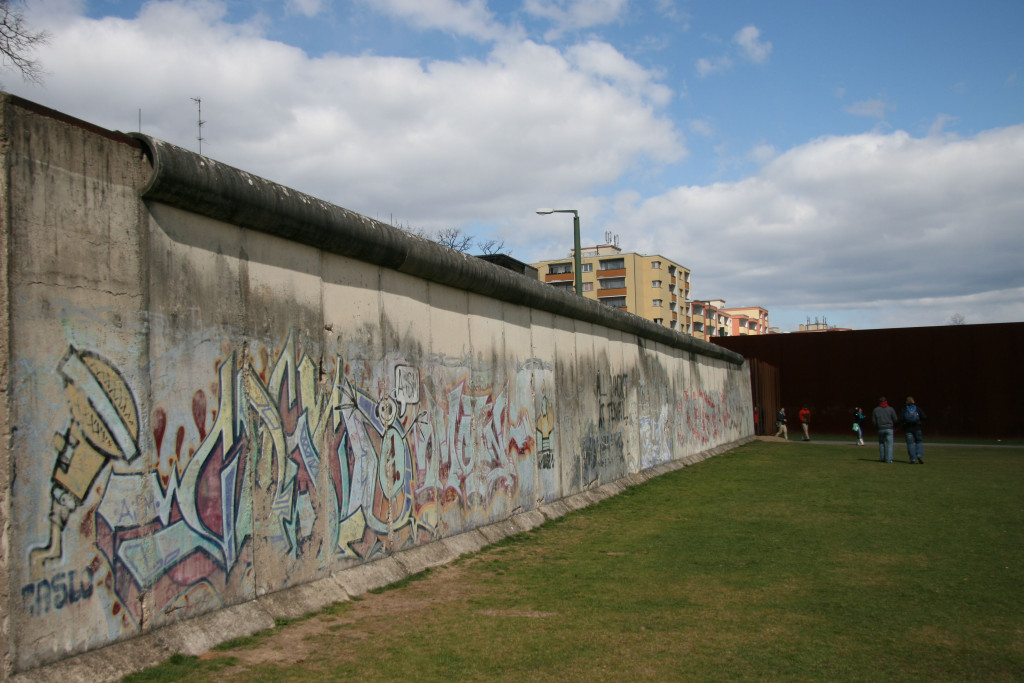 The Berlin Wall Memorial extends from the Nordnahnhof S-Bahn station along Bernauer Strasse to the corner of Schwedter Strasse.

After reunification the people of Berlin clamoured to remove the Berlin Wall and open up the city but in time they began to understand that it was necessary to preserve some of it as a memorial and a reminder of the city’s divided past.  The Berlin Wall Memorial on Bernauer Strasse is the result of that necessity.

Through a series of exhibitions and memorial sites, the Gedenkstätte Berliner Mauer seeks to tell the story of the lifecycle of the wall and its effect on the city of Berlin and its inhabitants.

Starting at Nordbahnhof there is a photo exhibition in the S-Bahn station building about Berlin’s ghost stations. 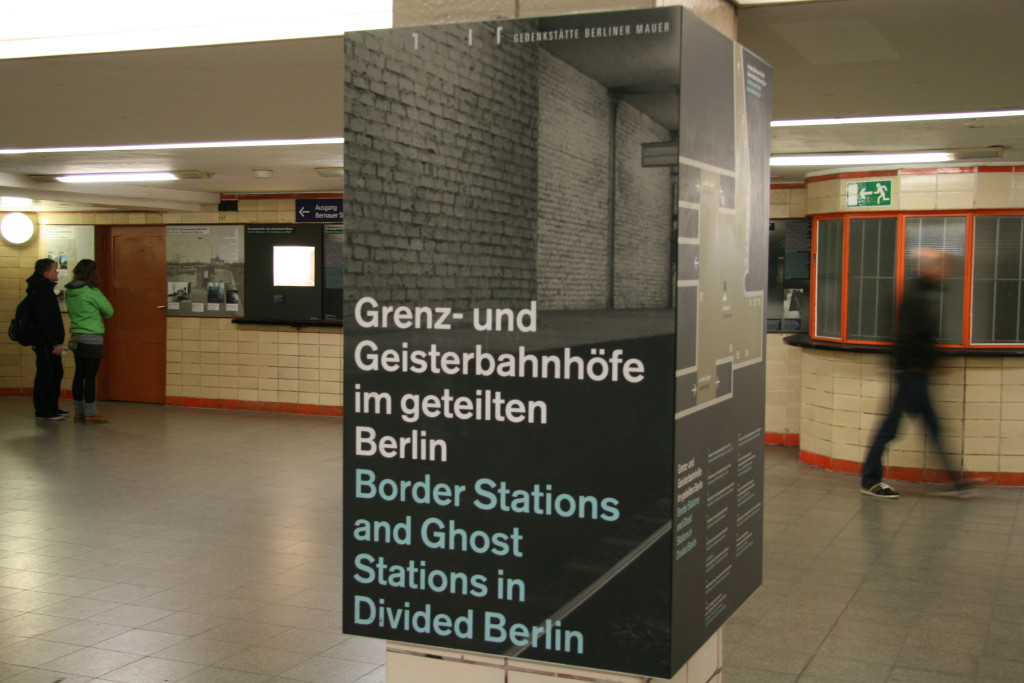 After the construction of the Berlin Wall, it was necessary to close some stations in order to prevent East Germans escaping through the tunnels and train tracks where East Berlin lines temporarily entered West Berlin.

Nordbahnhof was one such station.  Station entrances were sealed and side tunnels were blocked and trains would pass through the former station without stopping. 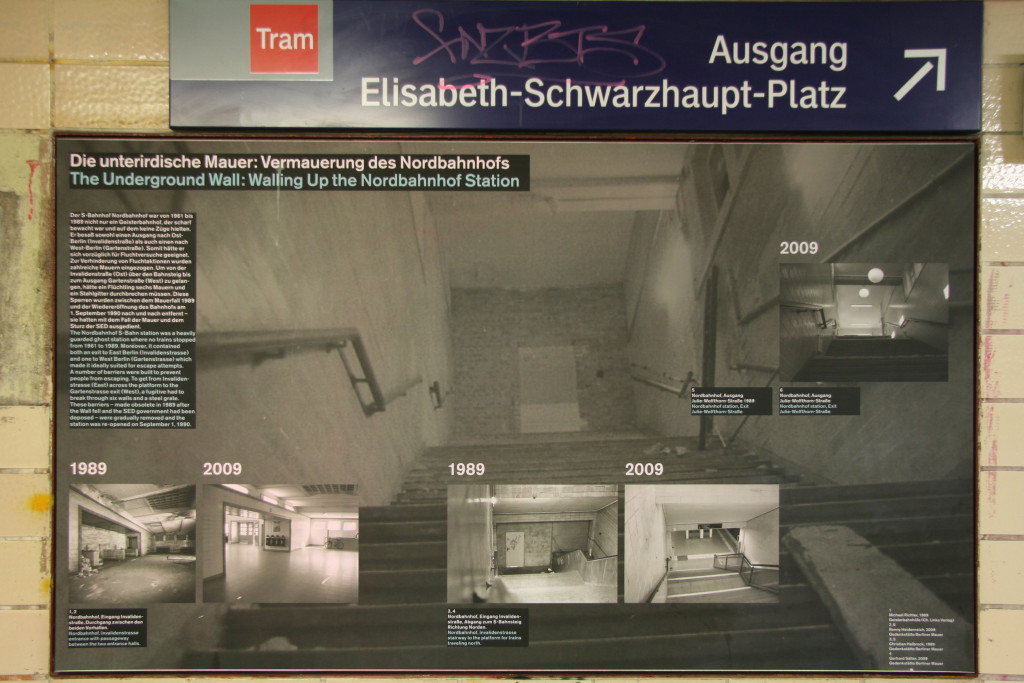 One of the exhibits here tells of the border guards who capitalised on their unique position to make their own escape.  Once it was known that the guards themselves couldn’t be trusted they observed the ghost stations from sealed units.

On exiting Nordbahnhof station you will see the rust-coloured pavilion of the Visitor Centre of the Berlin Wall Memorial on the corner of Bernauer Strasse and Gartenstrasse. 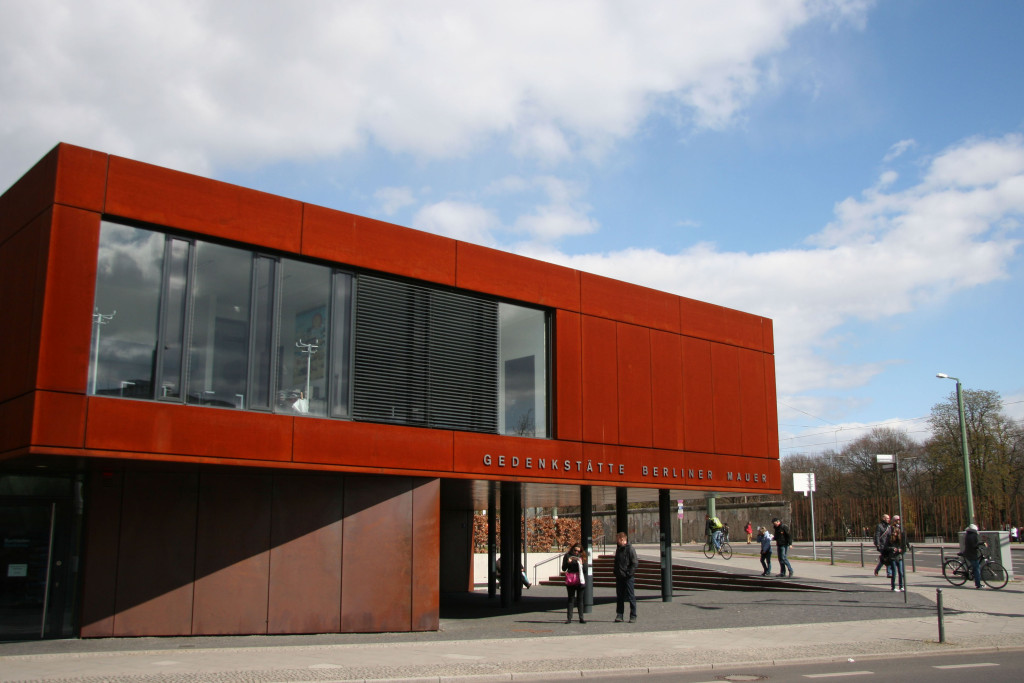 This is the starting point for registered tours and visitors can get an overview of the many elements of the memorial.

The Memorial Grounds and Window of Remembrance

Along Bernauer Strasse part of the wall still stands but where some sections were demolished before the memorial was established, rusted steel rods, reminiscent of the exposed supports in the decaying or damaged concrete chipped away by souvenir hunters, mark its original path.  These poles give a sense of where the wall stood but also allow you to peer through the ‘wall’ to see the two halves of the once divided city. 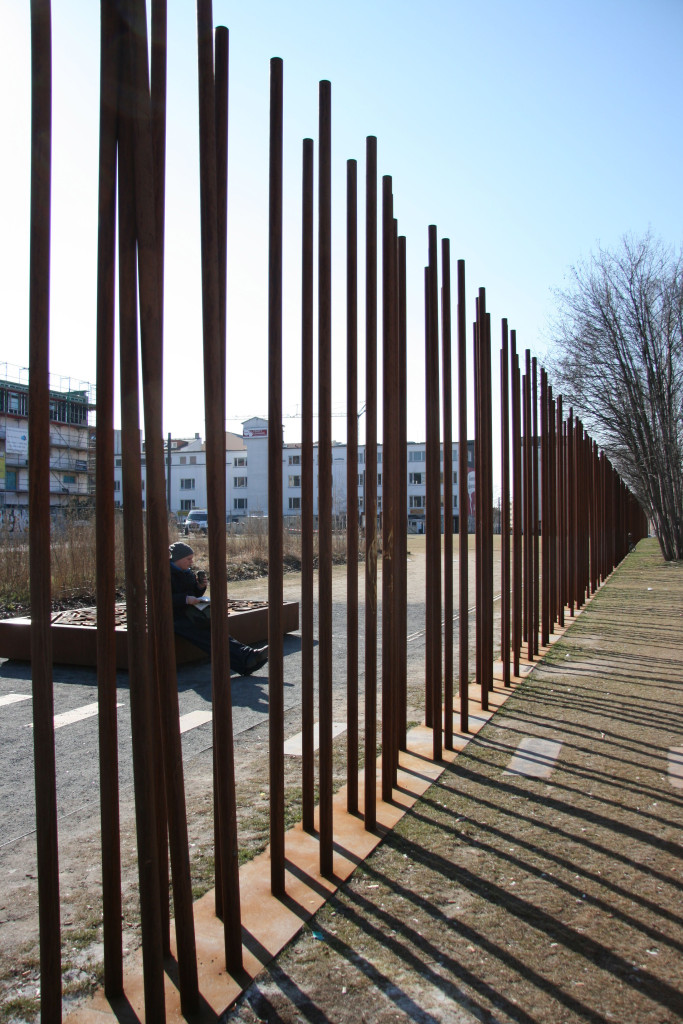 The Window of Remembrance stands in the grass of the death strip (Todesstreifen) here and is a memorial to the victims of the Berlin Wall.  The photos of the victims are displayed in windows in the wall along with their dates of birth and death. 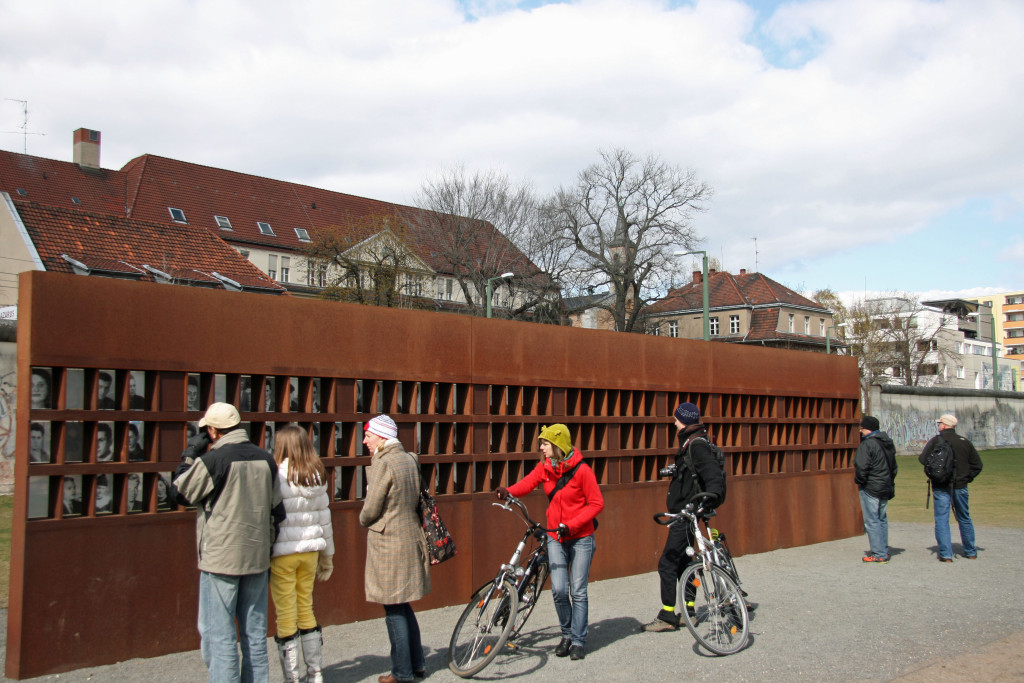 One of the most well-publicised and tragic victims of the wall was Peter Fechter, a bricklayer from East Berlin.

Attempting to cross the Wall at Zimmerstrasse in 1962, he was shot by the border guards and fell to the ground, where he lay near the wall screaming loudly.  With both sides fearing reprisals if they ventured to his aid in no-man’s land, Peter was left to bleed to death. 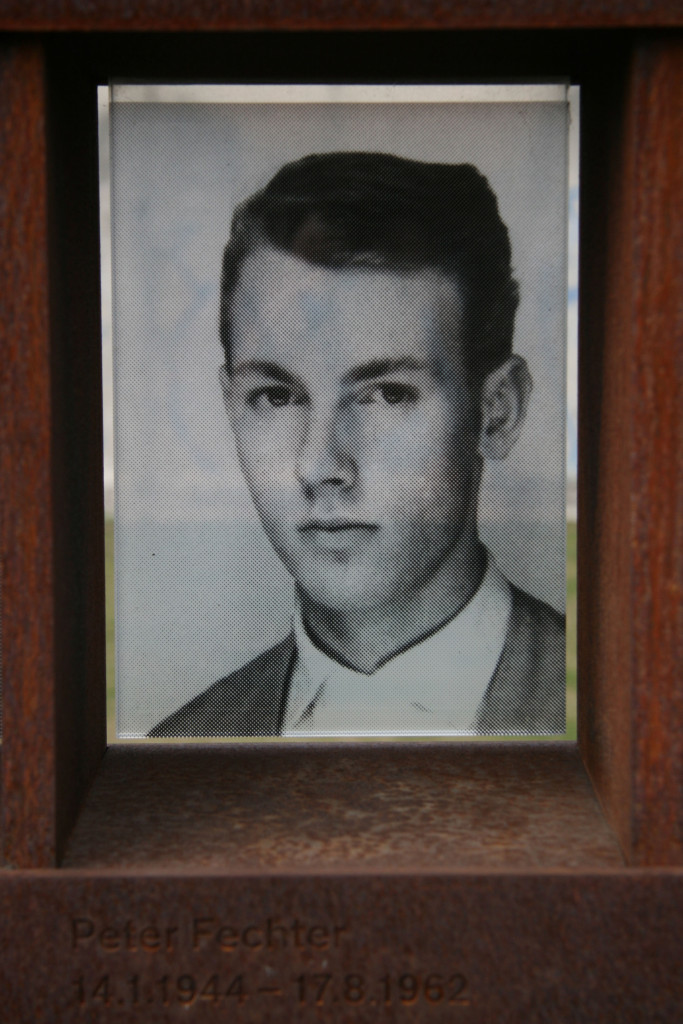 This section of the memorial grounds ends at a large metal wall that is one end of the Monument in Memory of the Divided City and the Victims of Communist Tyranny.  Exiting left and crossing Bernauer Strasse you come to the Documentation Centre.

The Documentation Centre houses an exhibition about the construction of the wall told through photographs, archive documents and video presentations.

Here you will see footage of East Berlin residents crawling through the barbed wire of the original border or jumping out of their apartment windows into the arms of West Berliners in the street below.

As a result of these escapes windows in apartment buildings were bricked up and many of the apartment blocks that formed the border were destroyed.

Alongside the Documentation Centre there is a tower with a viewing platform overlooking the monument, a preserved section of the wall with the death strip intact and a watchtower enclosed by two steel walls. 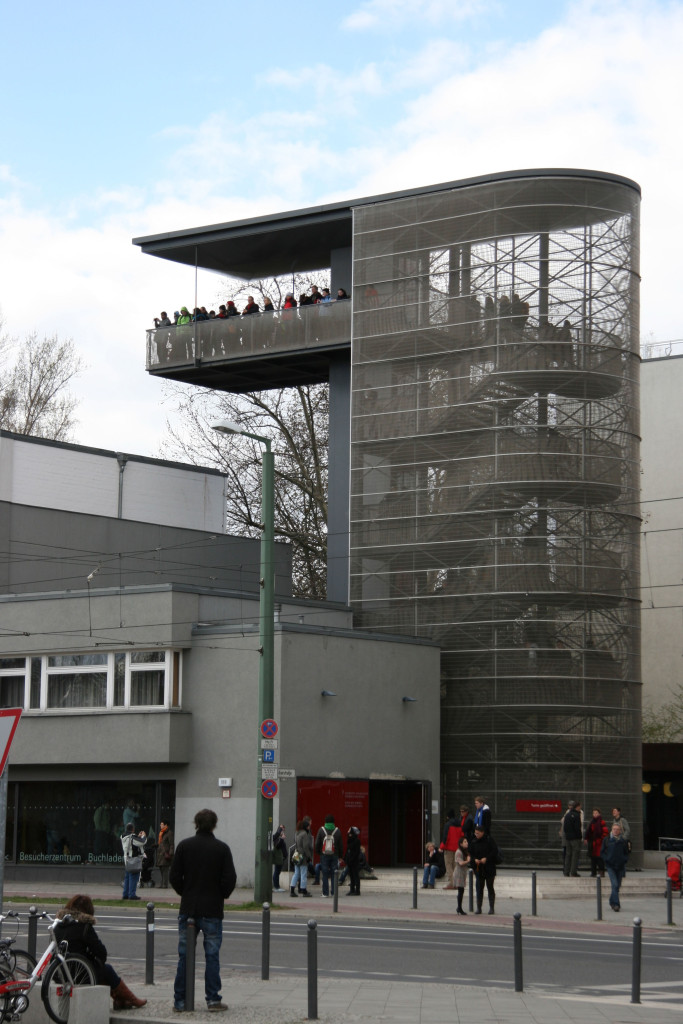 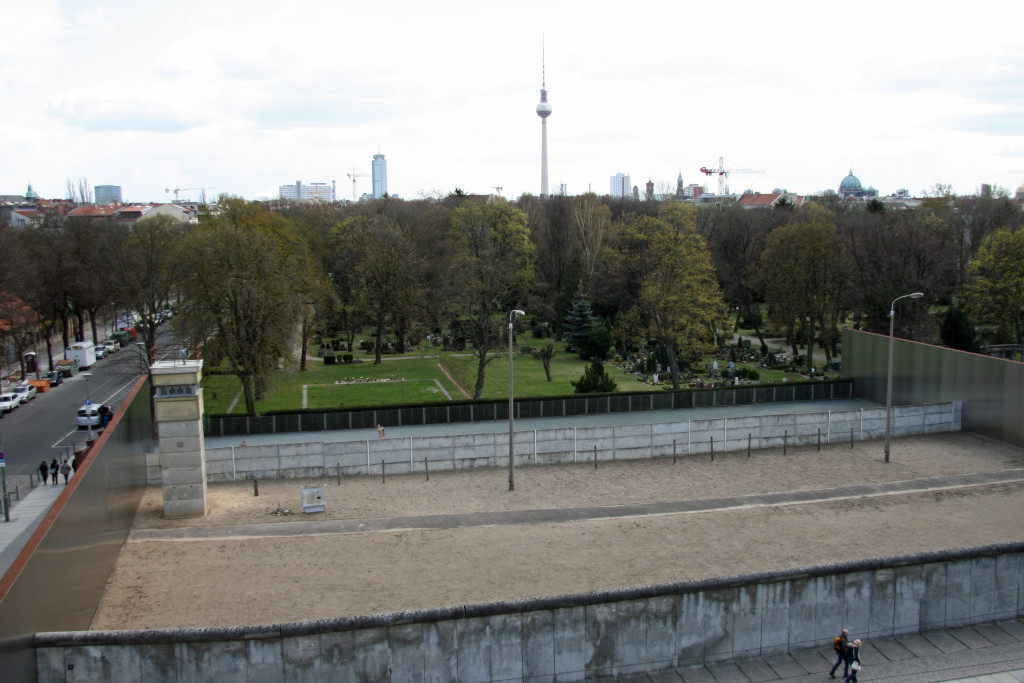 Recrossing Bernauer Strasse on leaving the Documentation Centre you can walk around to the far side of the death strip you have just overlooked and sneak a peek through the slits in the wall from ground level. 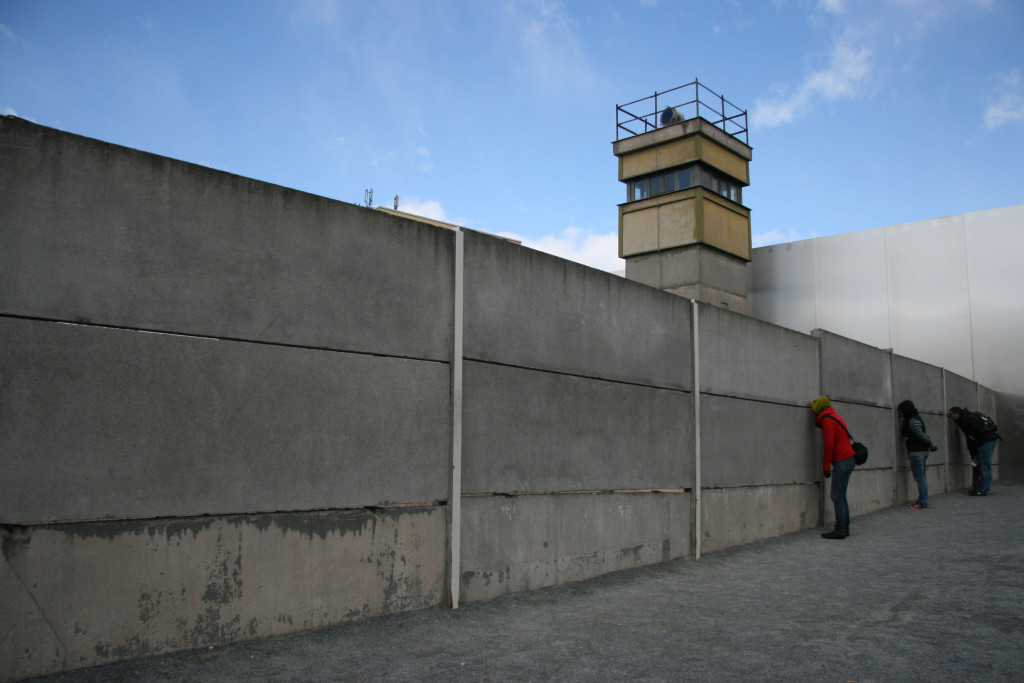 Continuing along Bernauer Strasse you will see the Chapel of Reconciliation.

The original Protestant Church of the Reconciliation Parish was rendered redundant when the Berlin Wall was erected in 1961.  The church stood in the death strip and as such was inaccessible to citizens of both East and West Berlin.  The church came to symbolise the divided city and became a site of protest and as such it was an embarrassment to the government of East Germany.  In January 1985, having stood empty for over 23 years the order was given to destroy the church and it was blown up.

The new Chapel of Reconciliation was built on the site of the old church, incorporating the original altarpiece and regular prayer services are held here for the victims of the Berlin Wall. 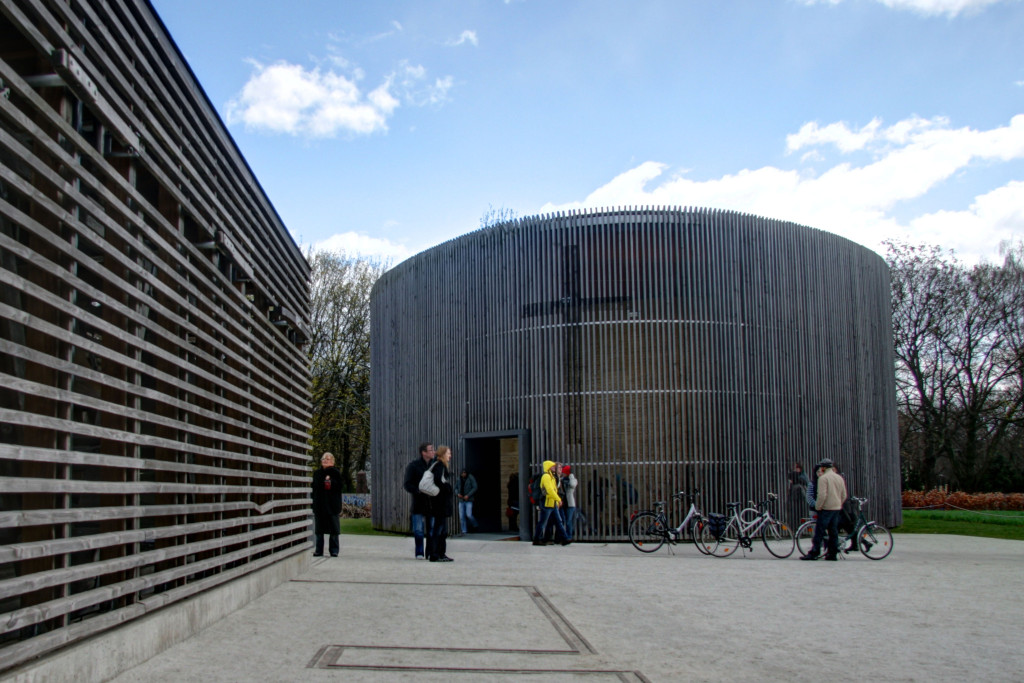 The bells of the original church were also salvaged and are now housed in the louvered wooden structure to the left of the chapel in the above photograph.  They are still rung to call parishioners to prayer.

The sun streaming through the wooden slats of the outer wall of the chapel makes for a peaceful and contemplative mood even without entering the chapel itself. 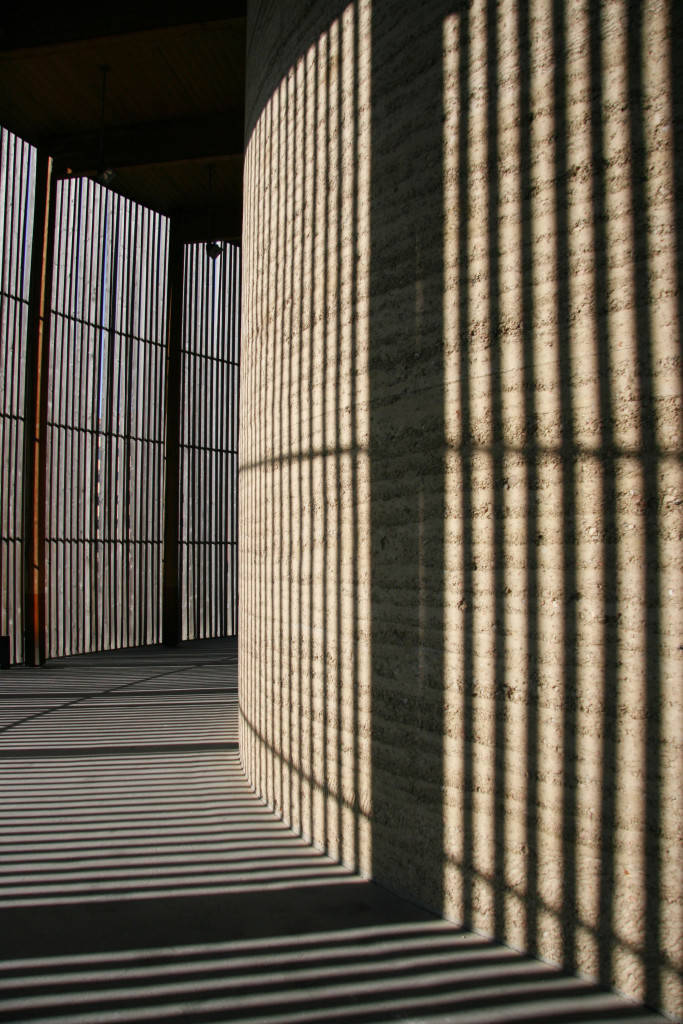 The Memorial Grounds continue from the Chapel of Reconciliation to the corner of Schwedter Strasse opposite the Mauerpark.

This final section is still a work in progress and includes markers of some of the many tunnels built under Bernauer Strasse by those hoping to escape to a better life in the West. 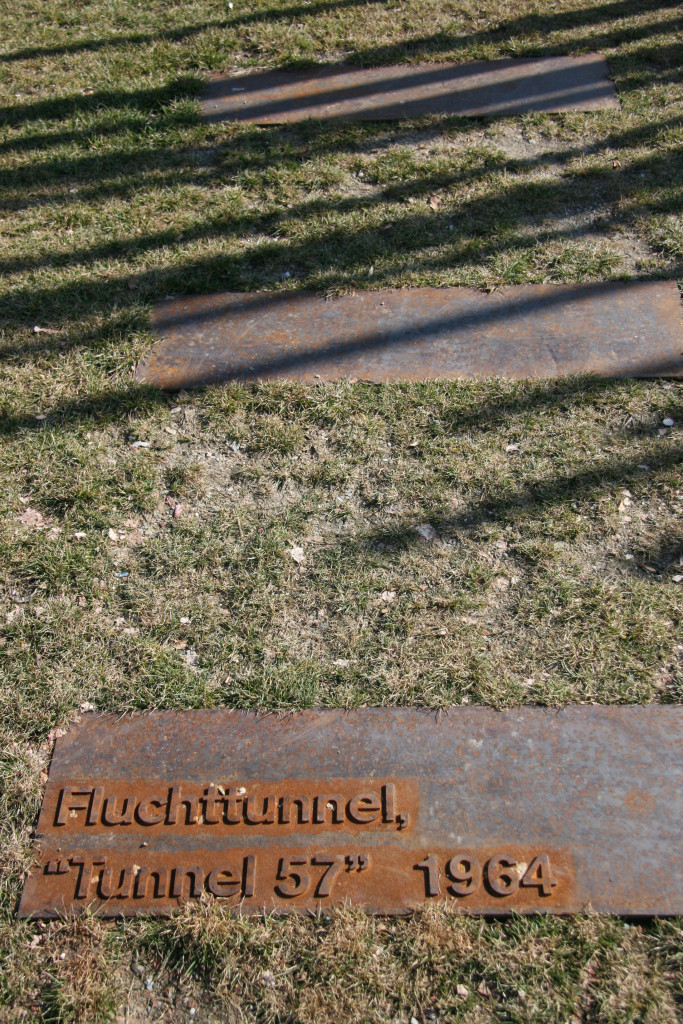 The NBC documentary The Tunnel follows the efforts of one such group of tunnellers and is a fascinating insight into the lengths people would got to in order to help people escape.

You will also see the famous picture of a guard jumping the original barbed wire border at the corner of Ruppiner Strasse and Bernauer Strasse adorning the side of one of the apartment buildings here.

All through the memorial grounds there are posts with photos and audio commentaries bringing the history of the wall to life. 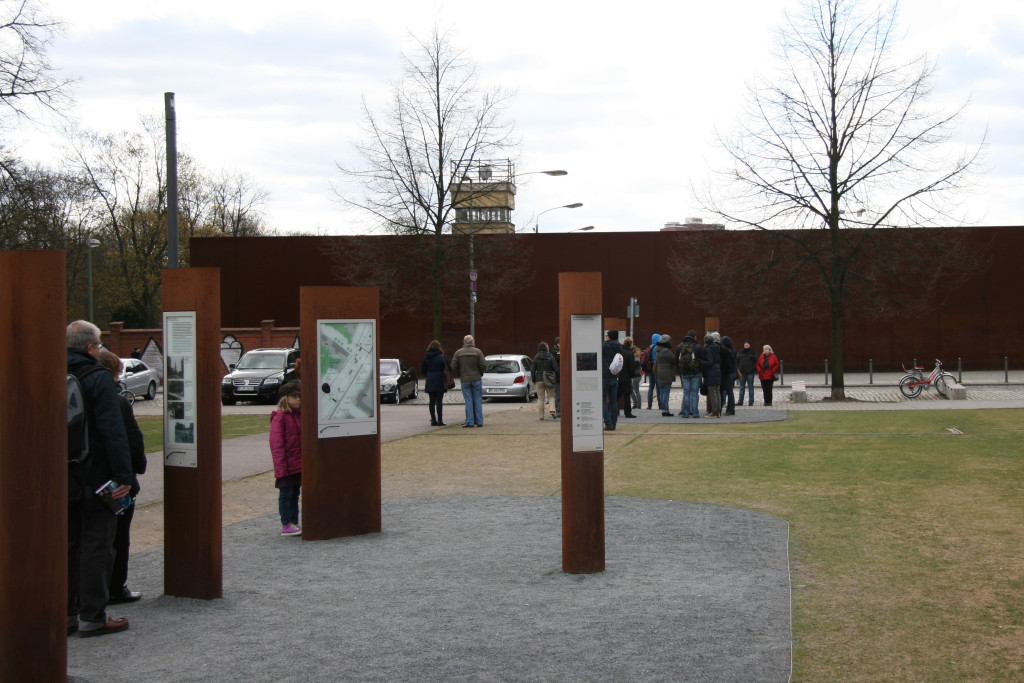 Berlin is a city where history is evident on almost every corner and on Bernauer Strasse the past has been brought to life and coexists with the present.

The Berlin Wall Memorial is not as obviously attractive as its more colourful cousin, the East Side Gallery, but I think a visit here is essential to gain a better understanding of Berlin’s divided past.