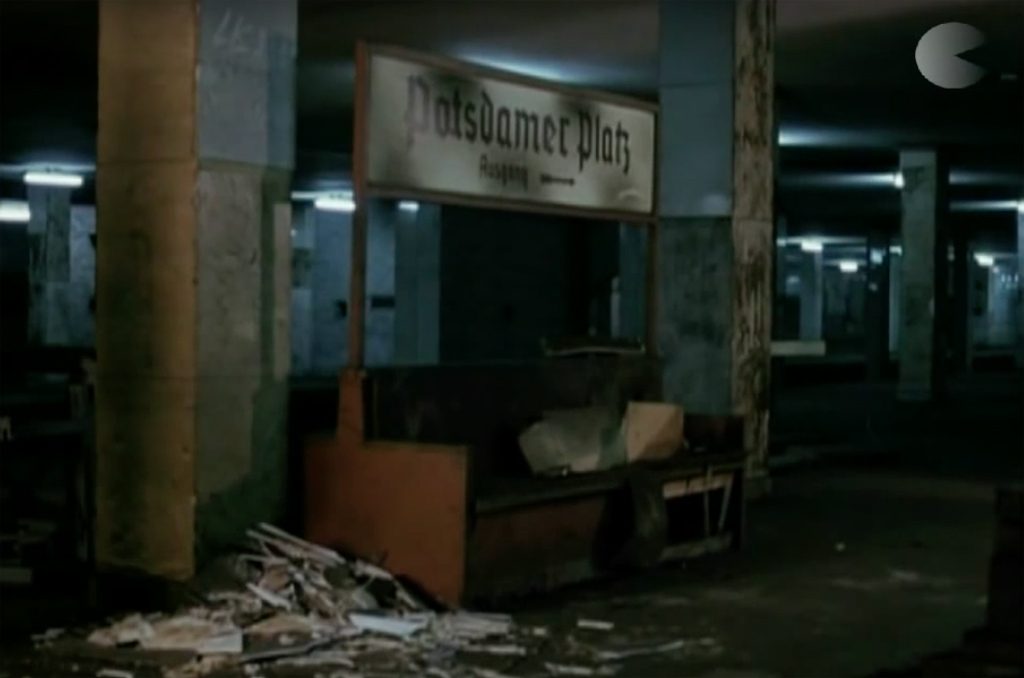 It’s hard to imagine it now travelling through the brightly lit and shiny tiled S-Bahn station at Potsdamer Platz but during the Cold War this was one of Berlin’s infamous ghost stations.

When the Berlin wall went up in August 1961 it followed the arbitrary borders drawn up by the Allied Powers and the Soviets to divide their four sectors of the city after World War Two.

These borders had no respect for the true geography of the city.  Overnight, streets were cut in half, families were separated and the city’s transport network was torn apart. 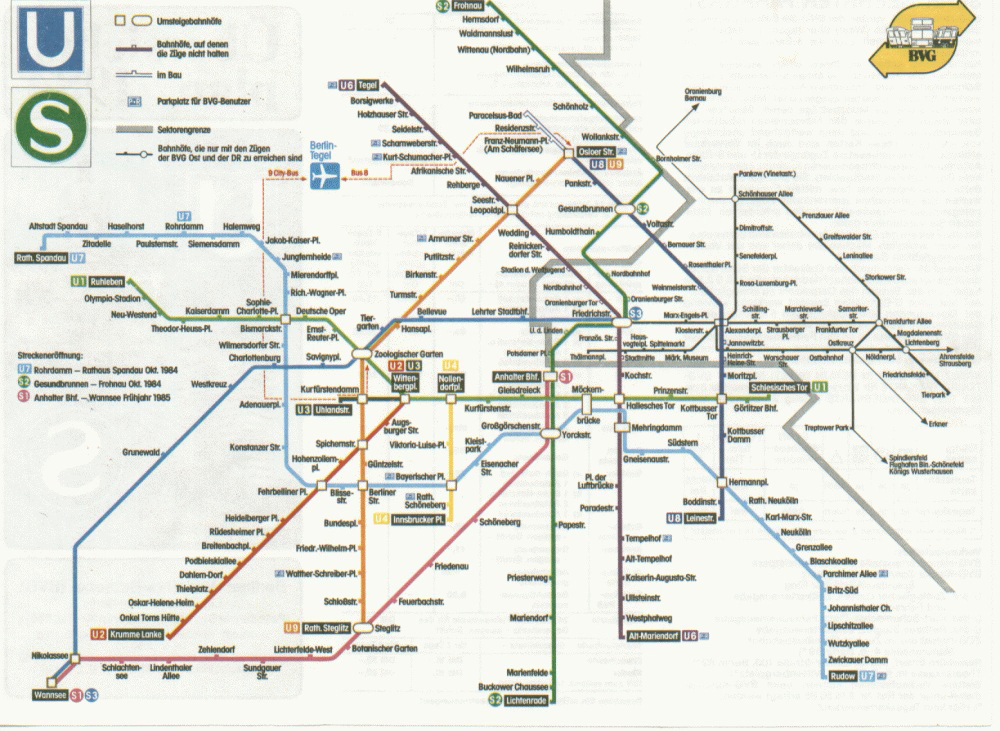 As a result of this geographical quirk, the S-Bahn line S2 (along with the U-Bahn lines U6 and U8) suddenly travelled through enemy territory to continue their passage through West Berlin.

The trains were allowed to run through East Berlin but stations were sealed and heavily guarded by East German transport police to prevent them being used as a possible means of escape to the West.

Cut by Max Gold from raw material shot shortly after the fall of the Berlin wall in November 1989, the film S-Bahnhof Potsdamer Platz – Geisterbahnhof bis 1989 offers a fascinating glimpse into the ghost station at Potsdamer Platz.

Guided by East German guards the film takes you down into the sealed off station.  The white tiles and columns and the Tannenberg-Fraktur font of the station name are familiar but the locked room with its peephole from which the guards observed the passing trains is not.

Potsdamer Platz was the last of the ghost stations of Cold War Berlin to reopen in March 1992.  There is an interesting exhibition about Berlin’s ghost stations at the S-Bahn station Nordbahnhof as part of the Berlin Wall Memorial (Gedenkstätte Berliner Mauer).