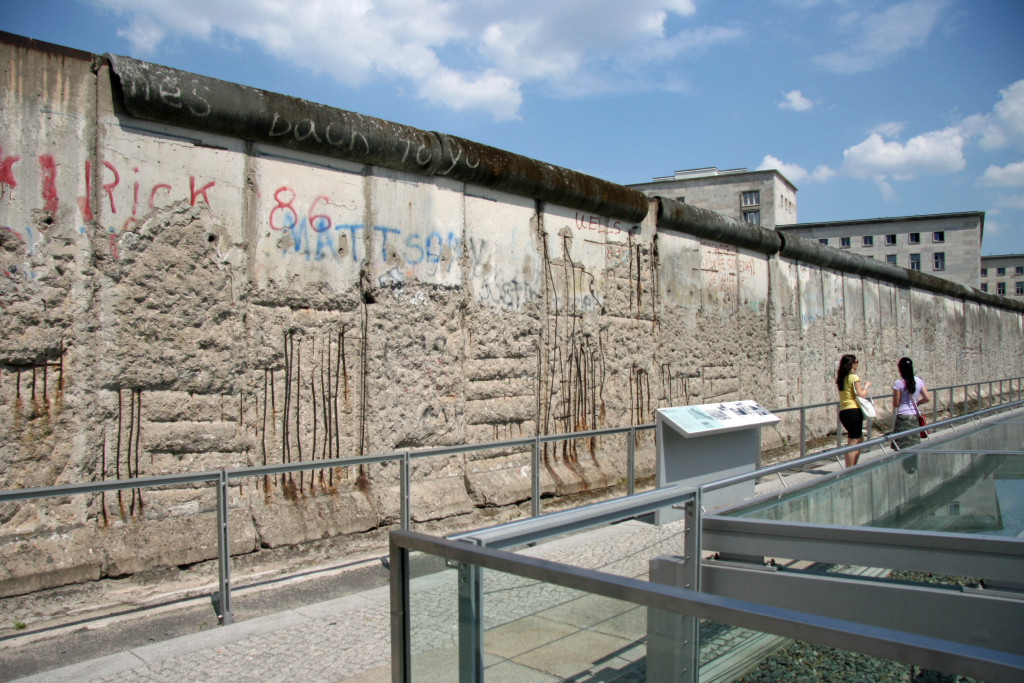 The Topography of Terror (Topographie des Terrors) consists of three main elements: the Indoor Exhibition; the Outdoor Exhibition (referred to in the site’s literature as the Exhibition Trench); and Berlin Wall Monument, a remaining section of the wall.

The ground on which the exhibitions stand was the site of the Gestapo, SS and Reich Security headquarters on Prinz-Albrecht-Strasse (now Niederkirchnerstrasse).

Approaching the Topography of Terror it is impossible to miss the section of the Berlin wall that is still standing here.  Souvenir hunters and the effects of time have ravaged the wall and the reinforcement rods are visible through the holes they have created.  From inside the exhibition grounds you can look out at what was the Ministry of Aviation (now the Ministry of Finance), an imposing Nazi-era building, though the chinks in the wall. 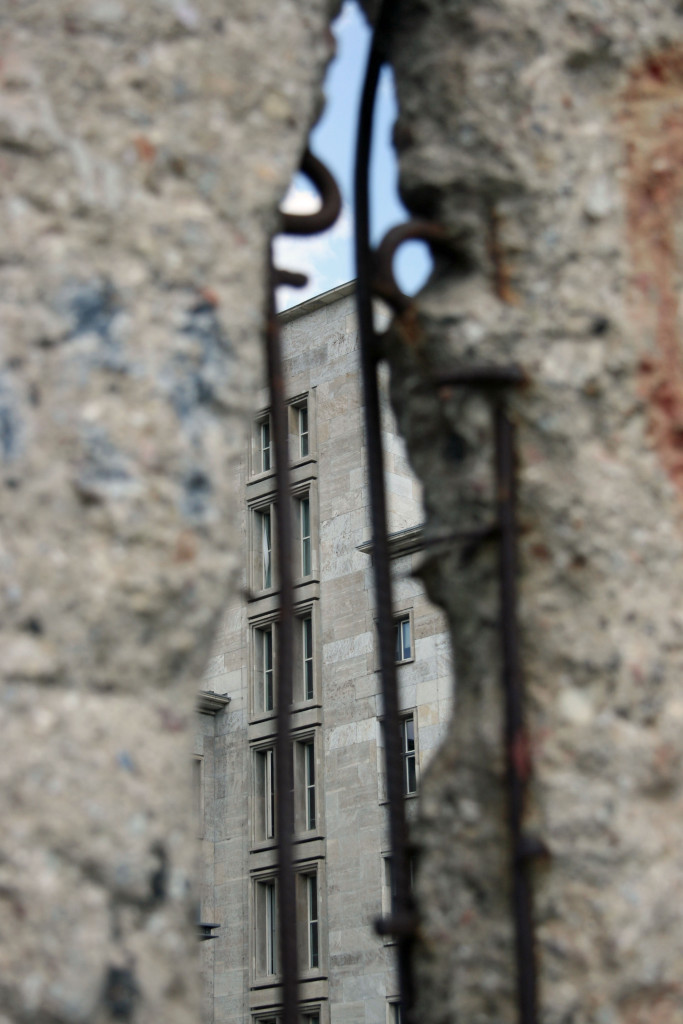 Seeing the wall like this gives a sense (though only a vague one) of how the structure divided the city.

Running below the wall, and covered by a steel and glass roof, a series of displays tells the story of events between 1933 and 1945 and their effects. 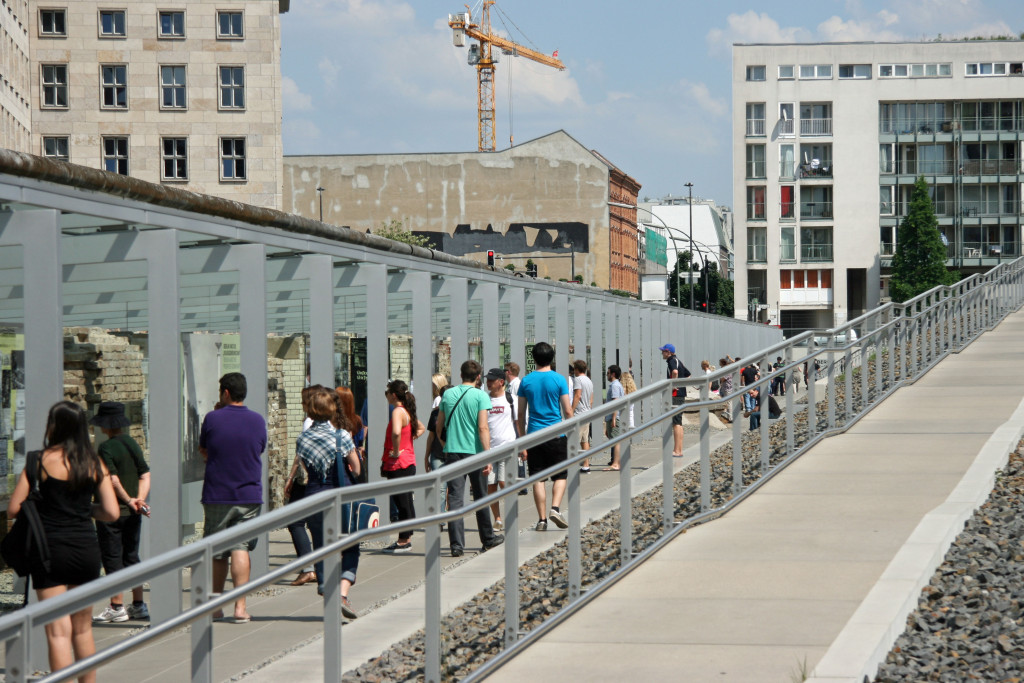 The displays here cover political events such as the Nazi party’s rise to power, Hitler’s installation as Führer and his plans for Welthauptstadt Germania, which you can read more about in my Hitler’s Folly – Schwerbelastungskörper post. 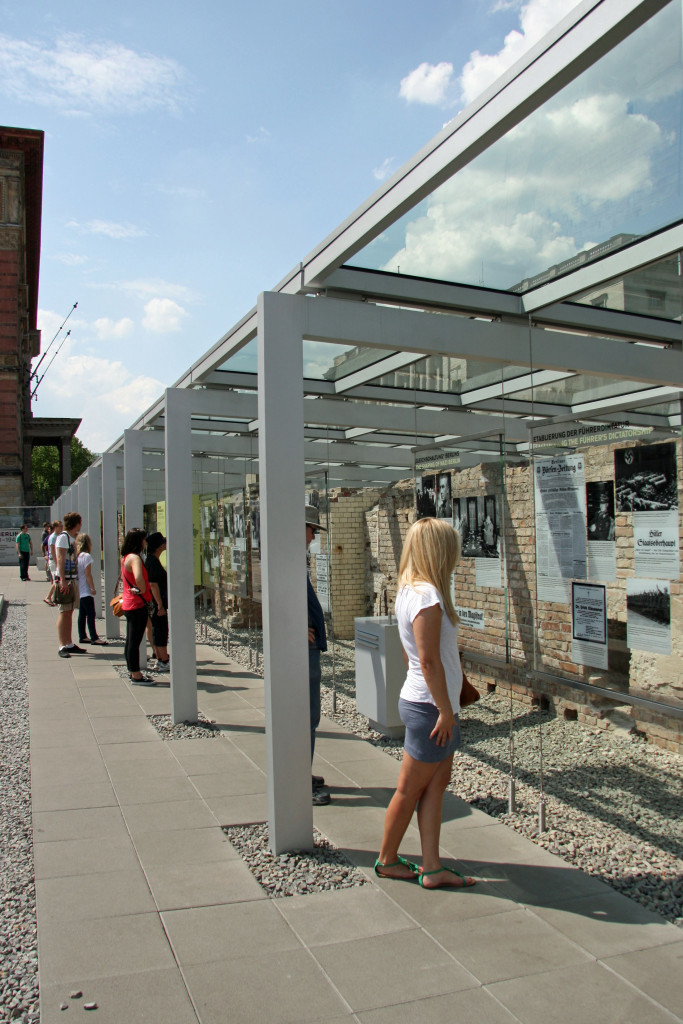 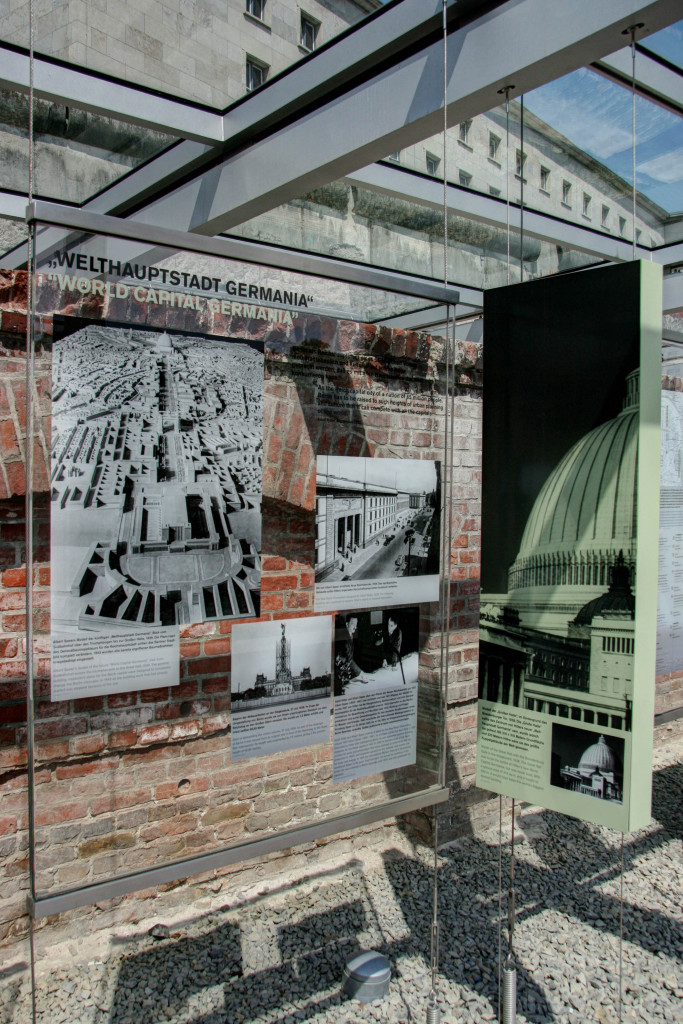 The exhibition also deals with the way these events affected the people: the persecution of Jews, homosexuals, gypsies and other ‘undesirables’; life in a city devastated by war; and the war crime trials, to name a few. 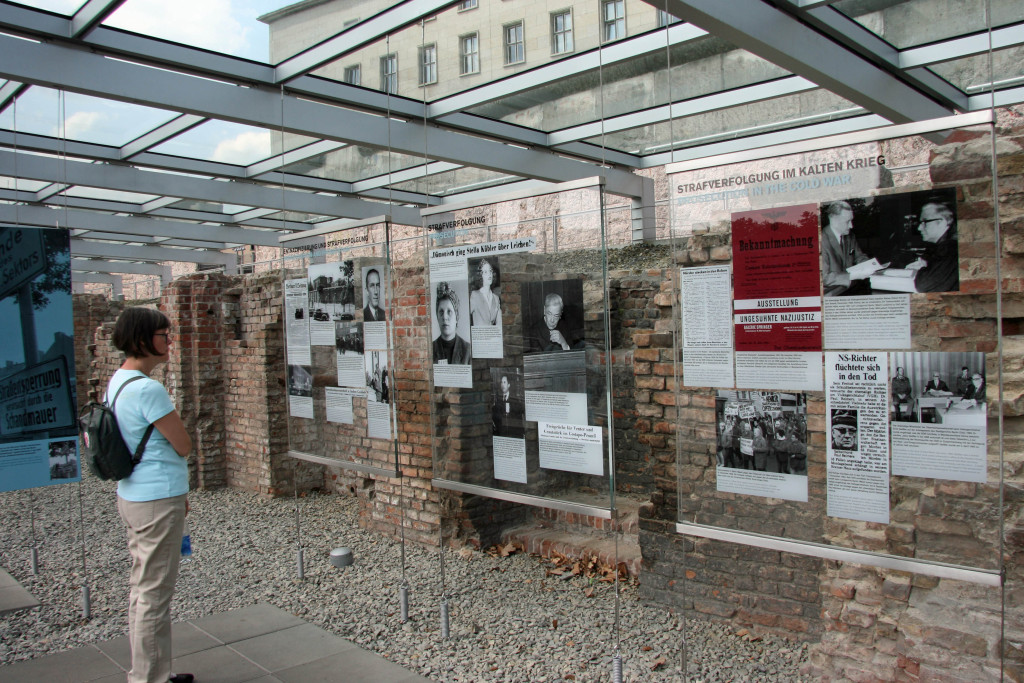 The indoor exhibition focuses on the organisation and operations of the SS and Police, the power they held over the people and the abuses they committed. 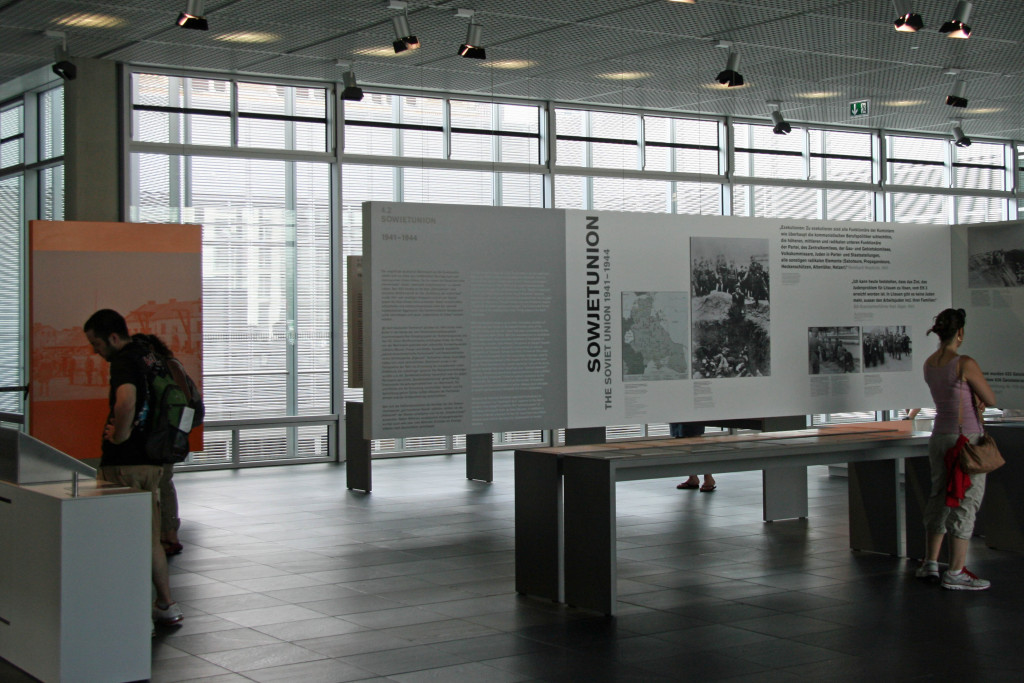 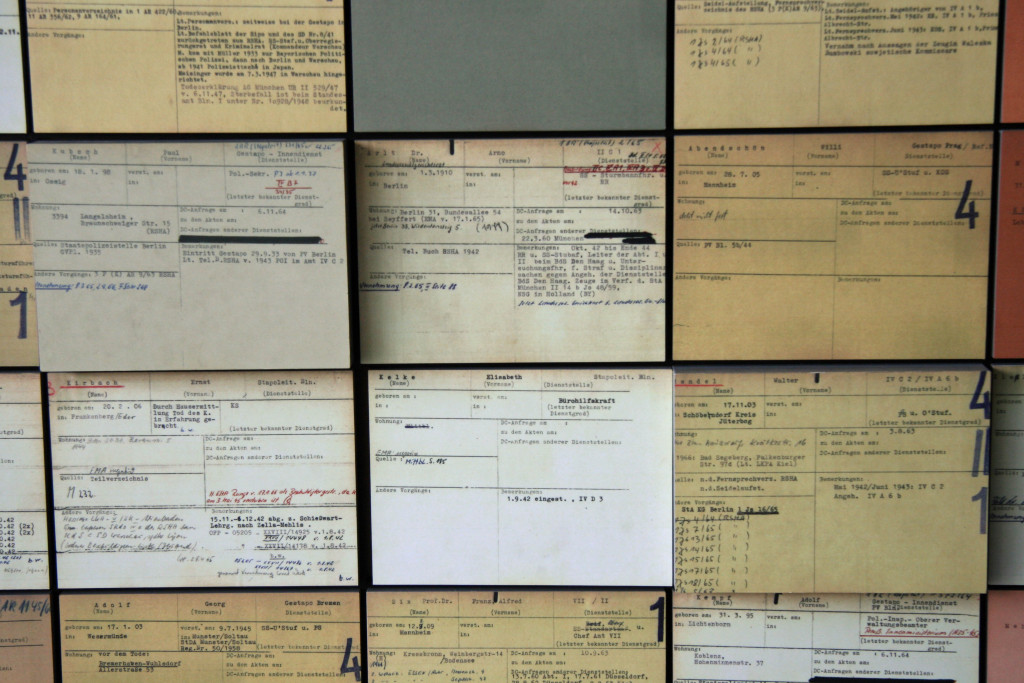 Admission to all of the exhibitions is free but for more details and opening times check out the Topography of Terror website.

2 Responses to Topography of Terror (Topographie des Terrors) in Berlin