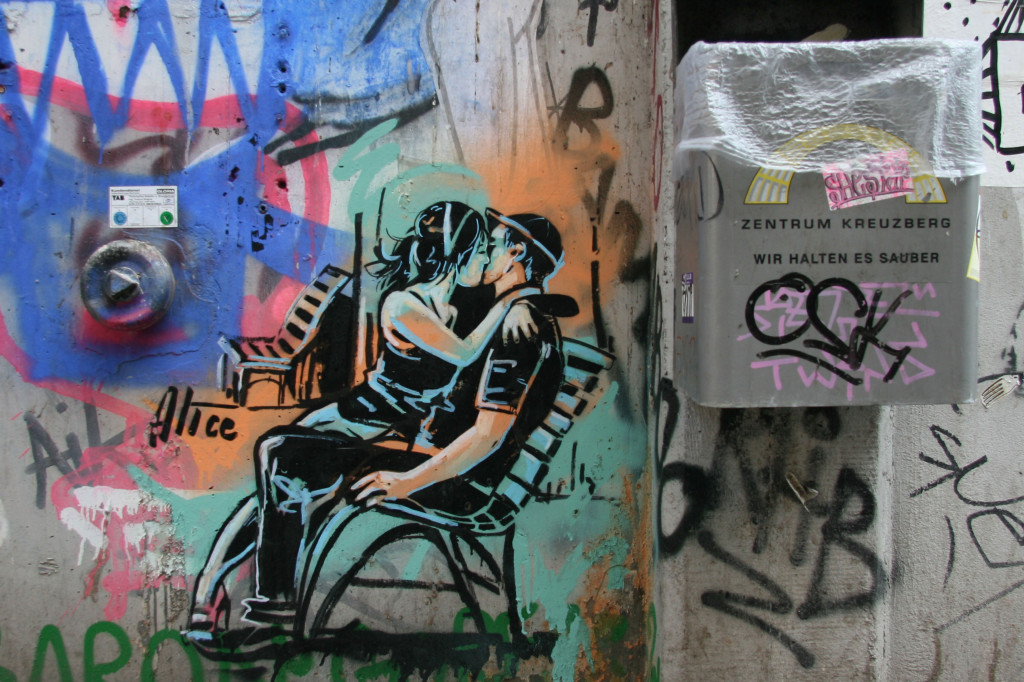 I realise that the title is Denglish – it’s not grammatically correct in German and doesn’t make sense in English (and the name AliCé is neither) – but I couldn’t resist it.

Good Friday really lived up to its name for me.  I walked around Friedrichshain and Kreuzberg taking photographs of the incredible art of AliCé.

Who is AliCé, you ask?  That’s a good question and one that I wouldn’t have been able to answer two weeks ago.  I found myself asking that question when I first saw this piece in Friedrichshain after taking a photo of the Fadi Saad wall by Vhils for my Vhils – Go Forth post. 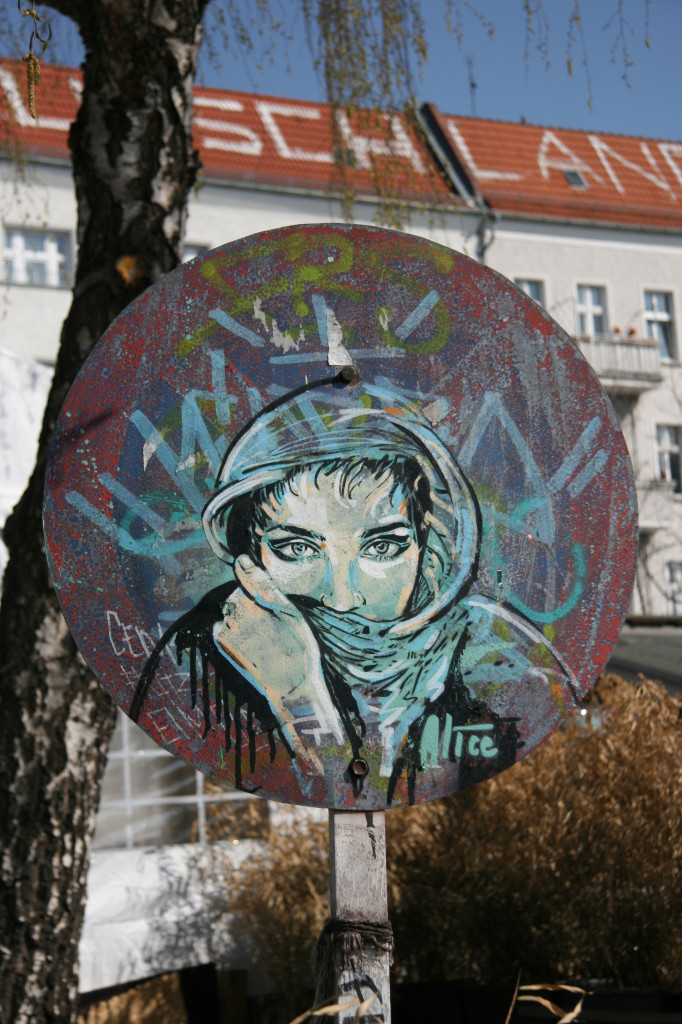 When I saw another AliCé in a doorway off Frankfurter Allee.  This time on the same day I spotted the two C215s in my C215 on Frankfurter Allee post, I had to find out more about the artist. 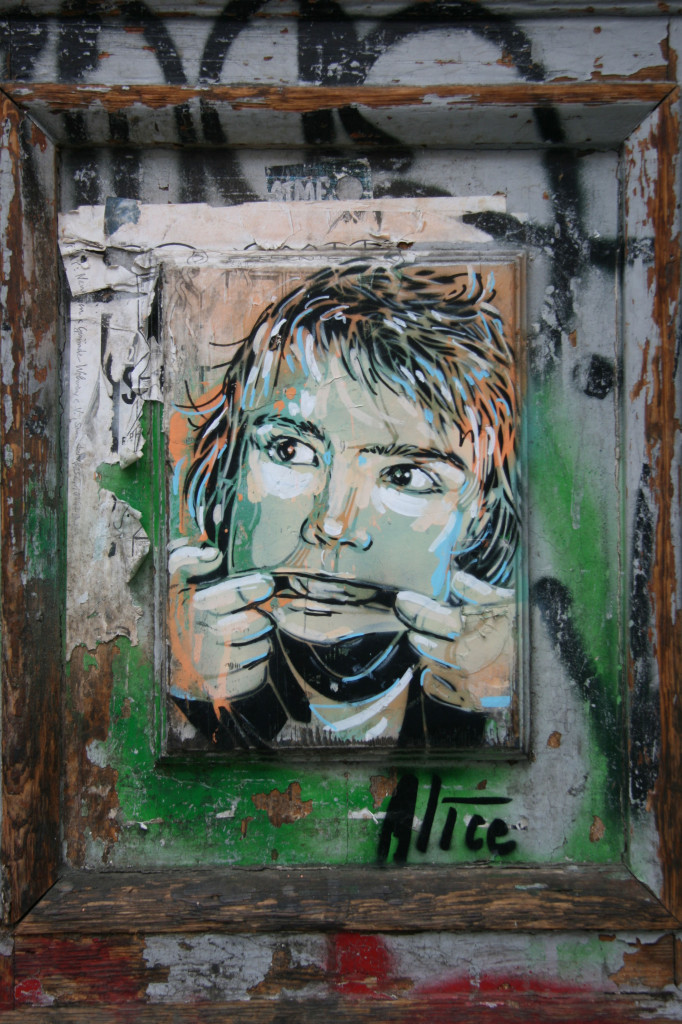 AliCé (real name Alice Pasquini) is an Italian artist based in Rome.  Describing her art on her website Alice states:

I create art about people and their relationships, I’m interested in  representing human feelings and exploring different points of view.   I especially like to depict strong and independent women.

On her Flickr stream Alice has included photographs of the pieces she painted recently in Berlin and very helpfully included the locations of most.  Having noted the locations given and with a rough idea of where the others might be I headed out on Good Friday to take some photographs.

I realise that this is the Street Art equivalent of trainspotting but it would be idiotic not to mine such a rich seam of quality street art and get some photos while the pieces are in good condition (as it was the piece near Arena club was covered by a poster that I had to carefully remove). 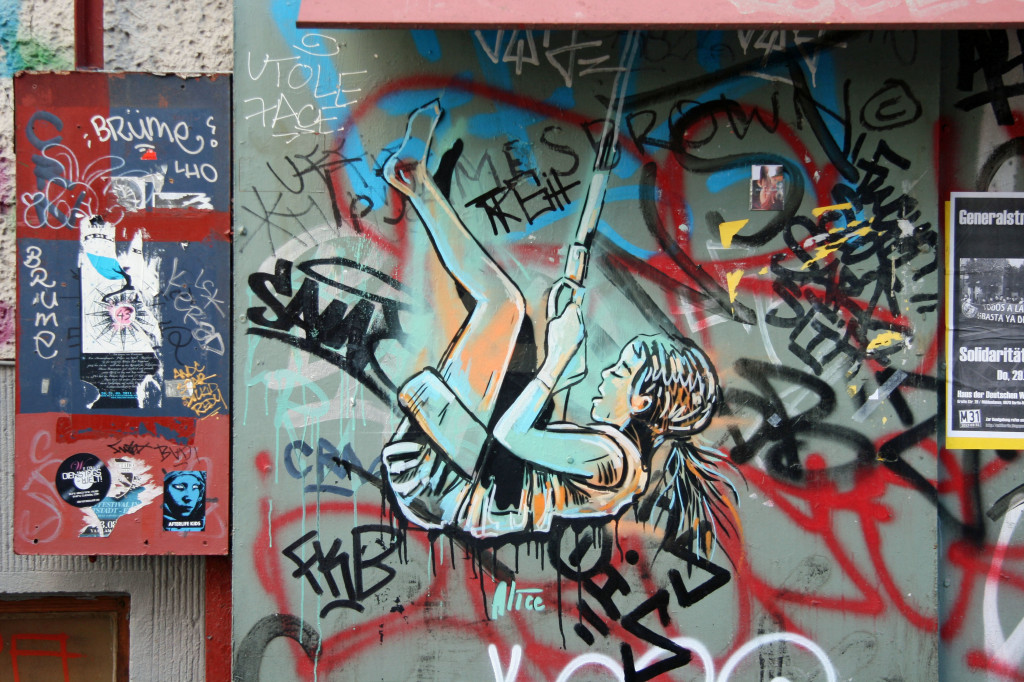 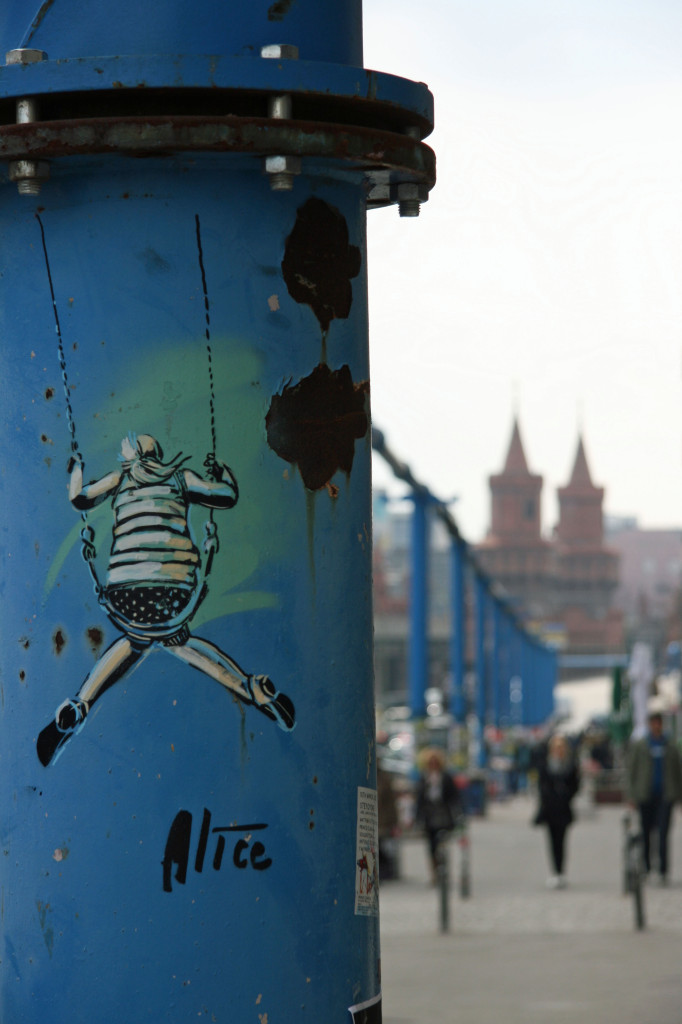 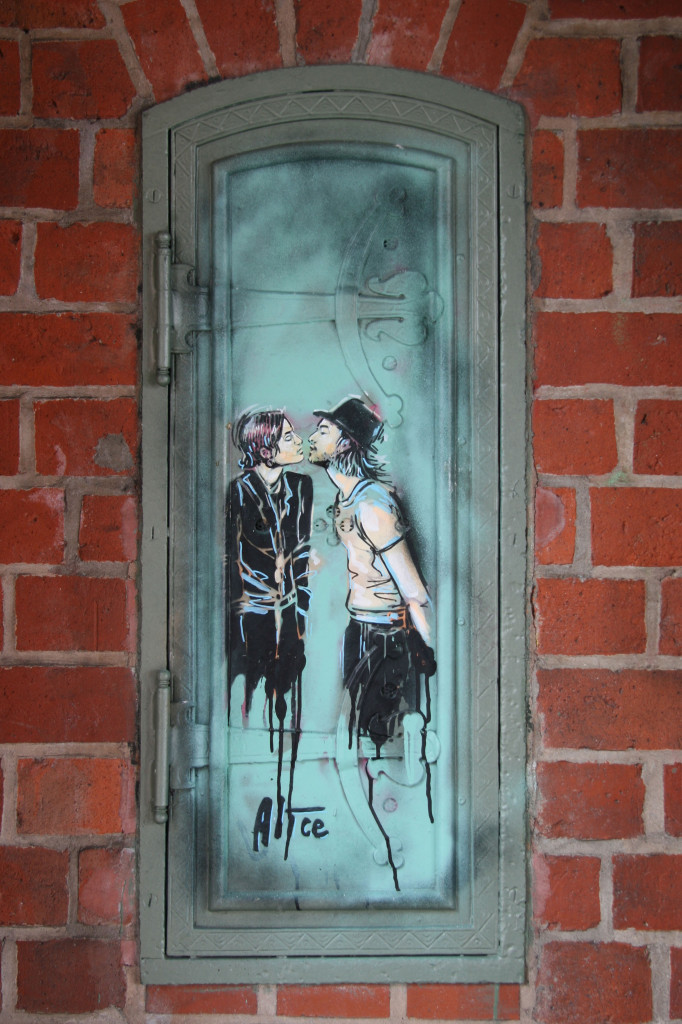 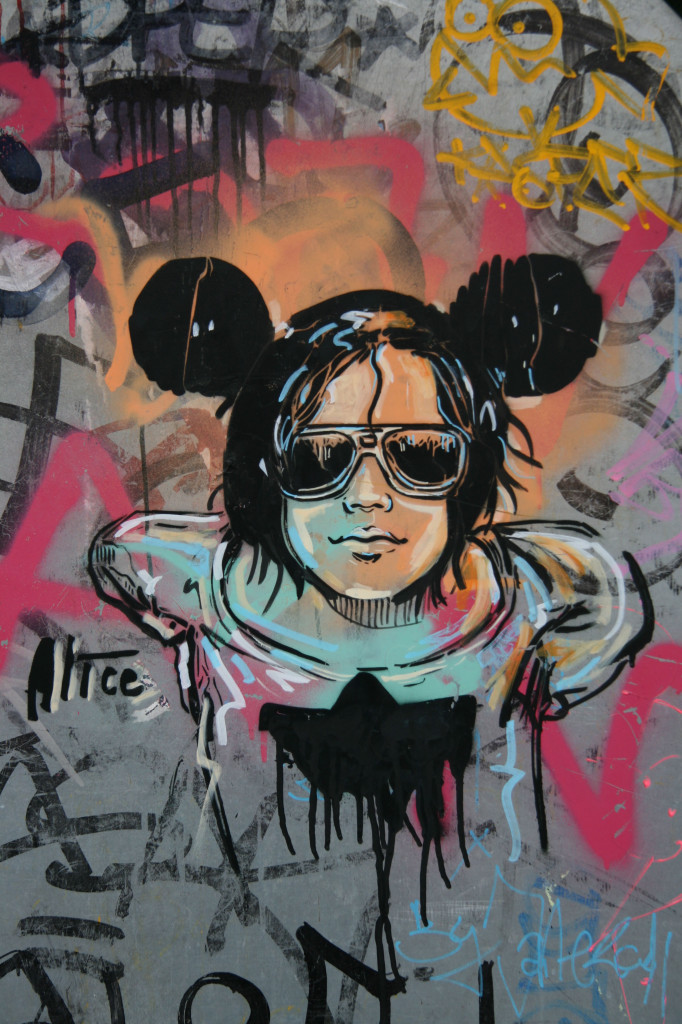 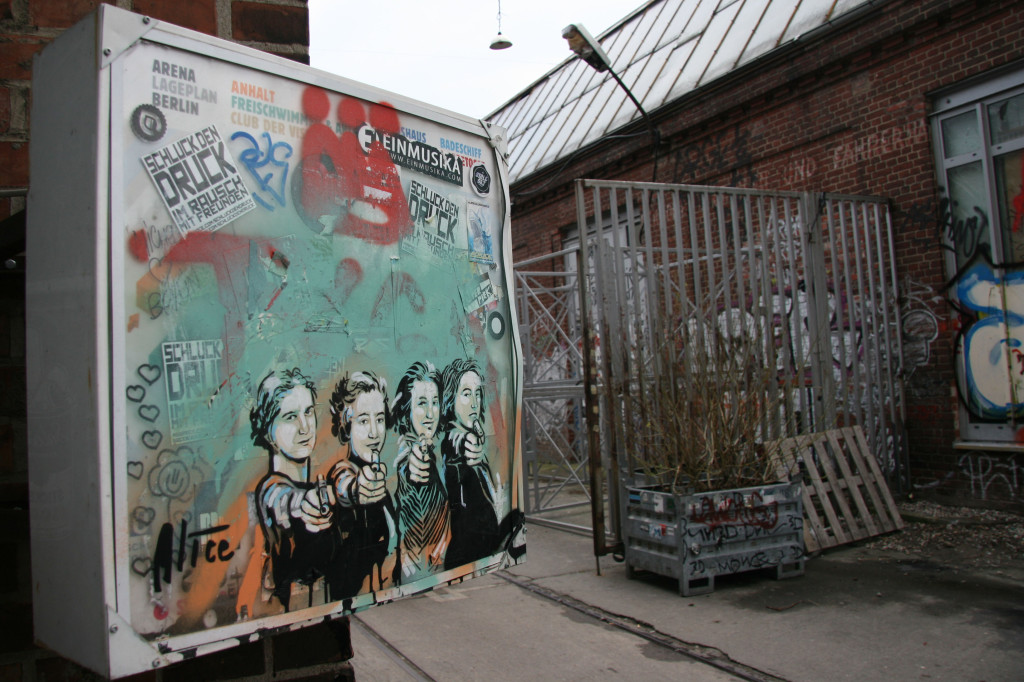 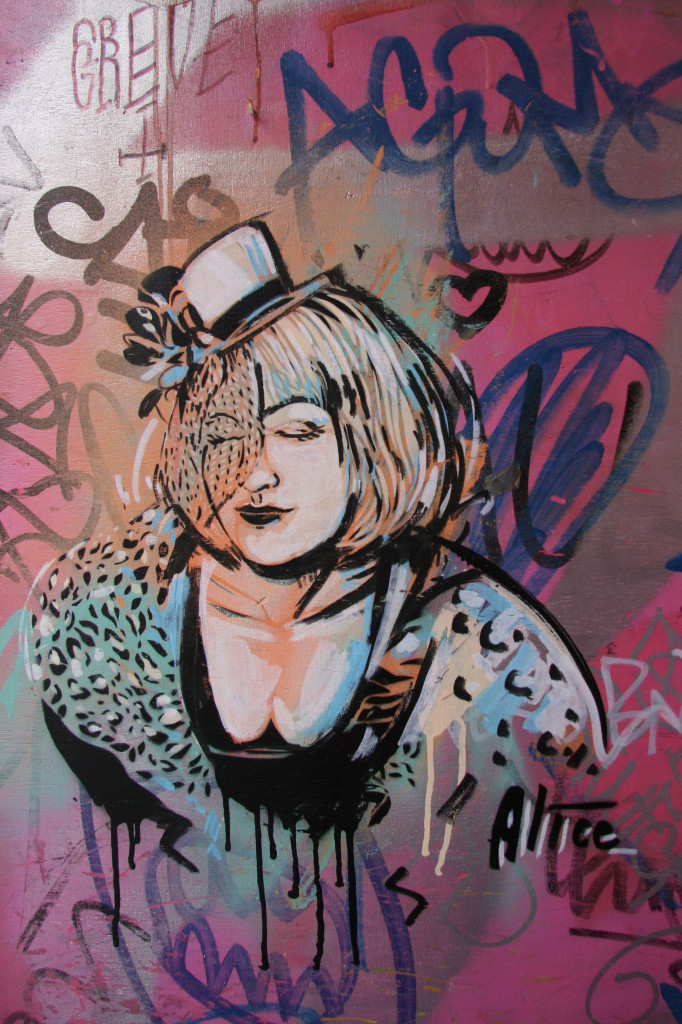 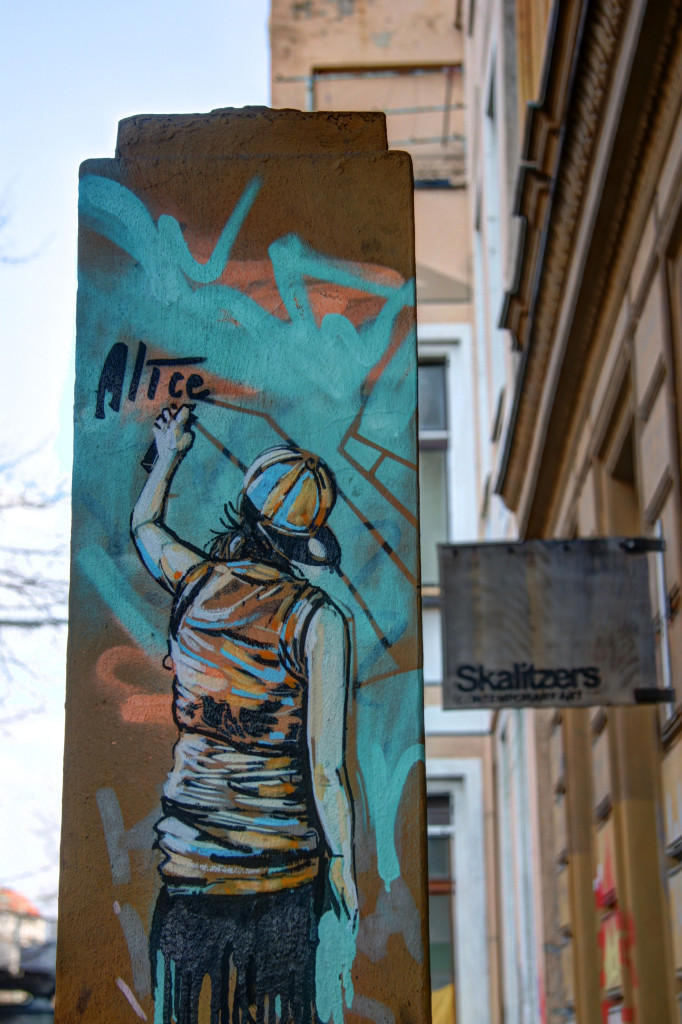 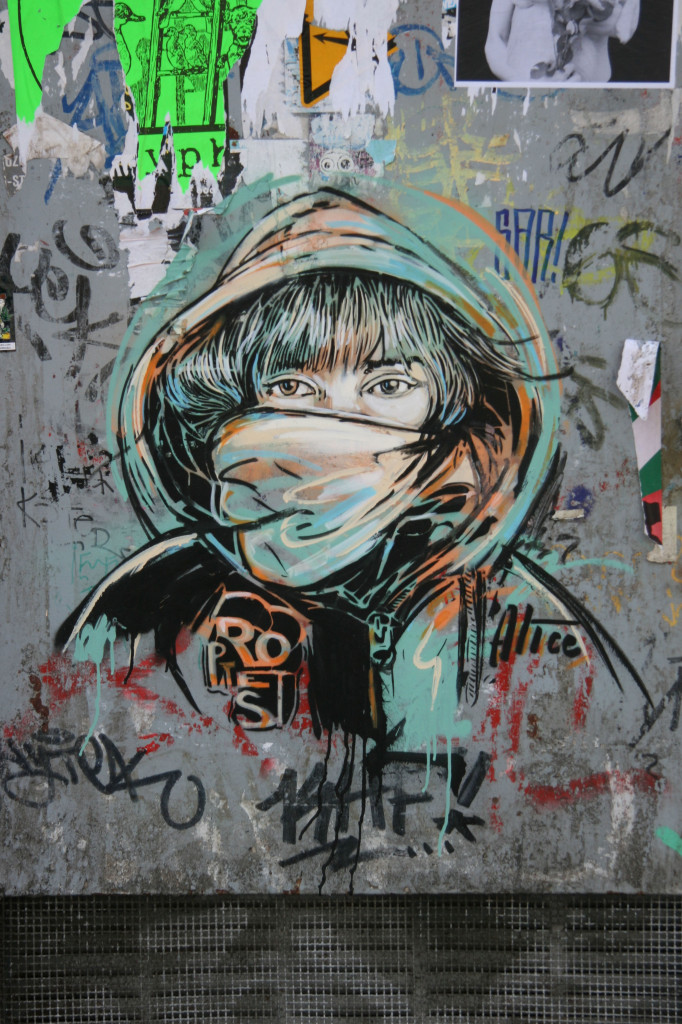 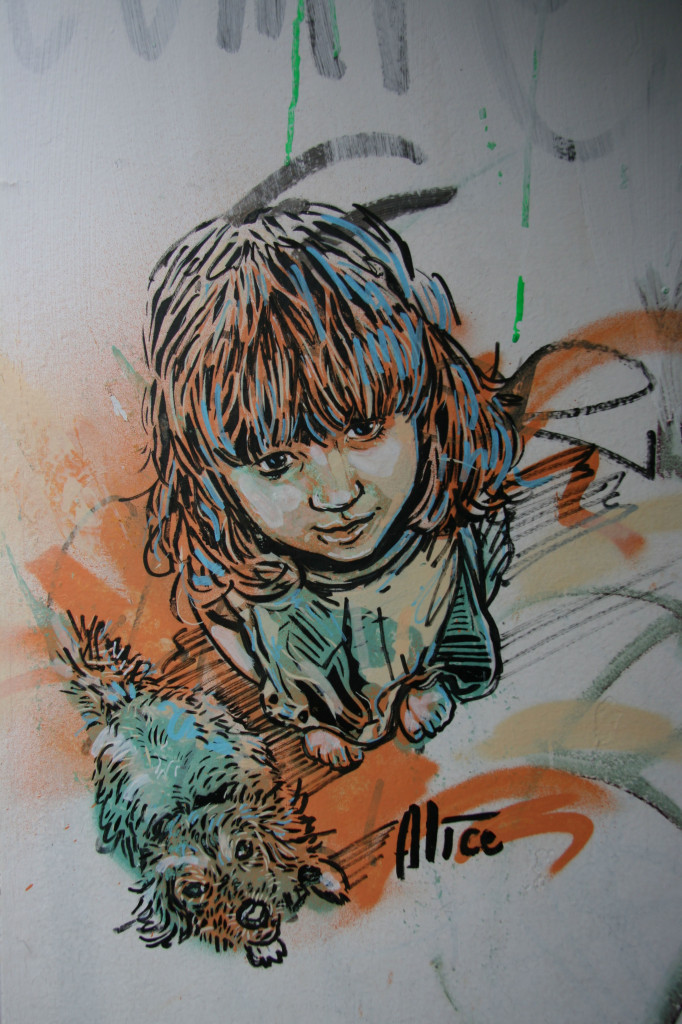 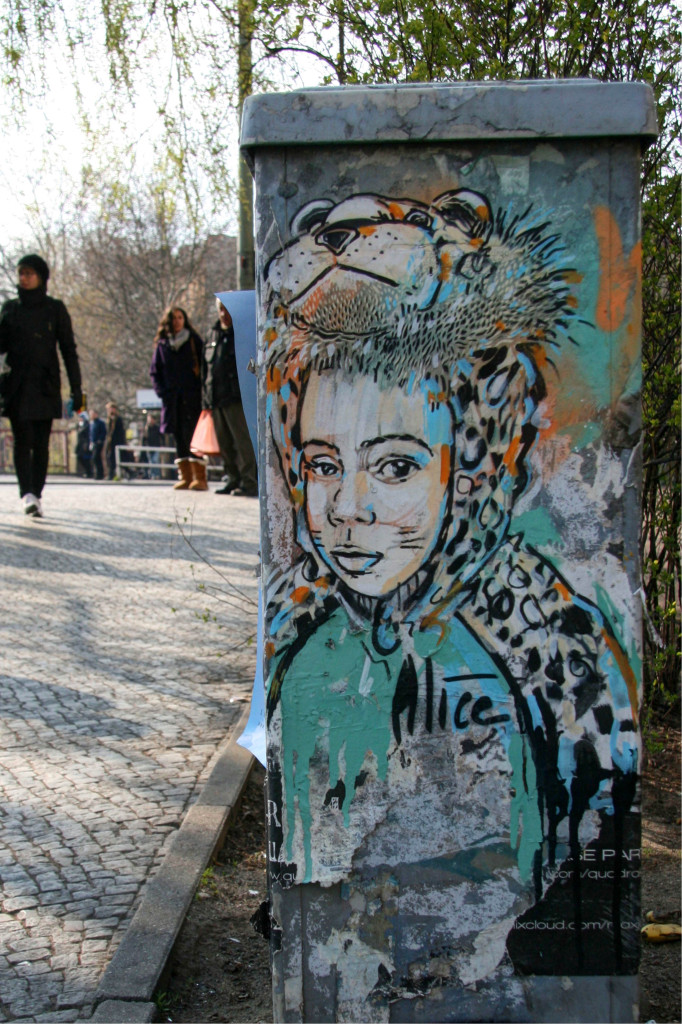 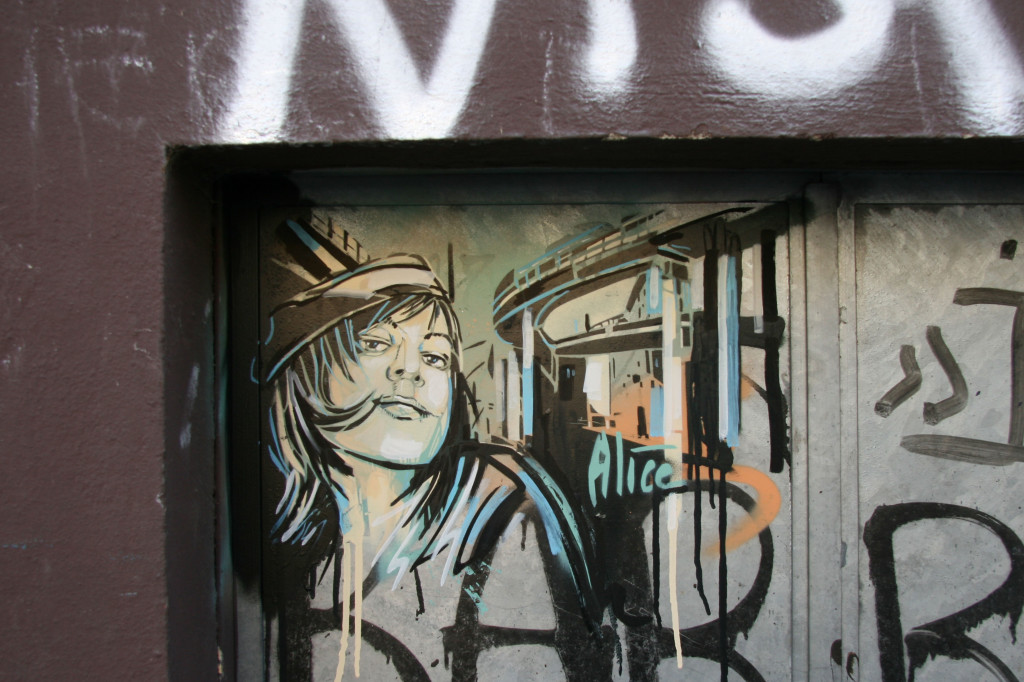 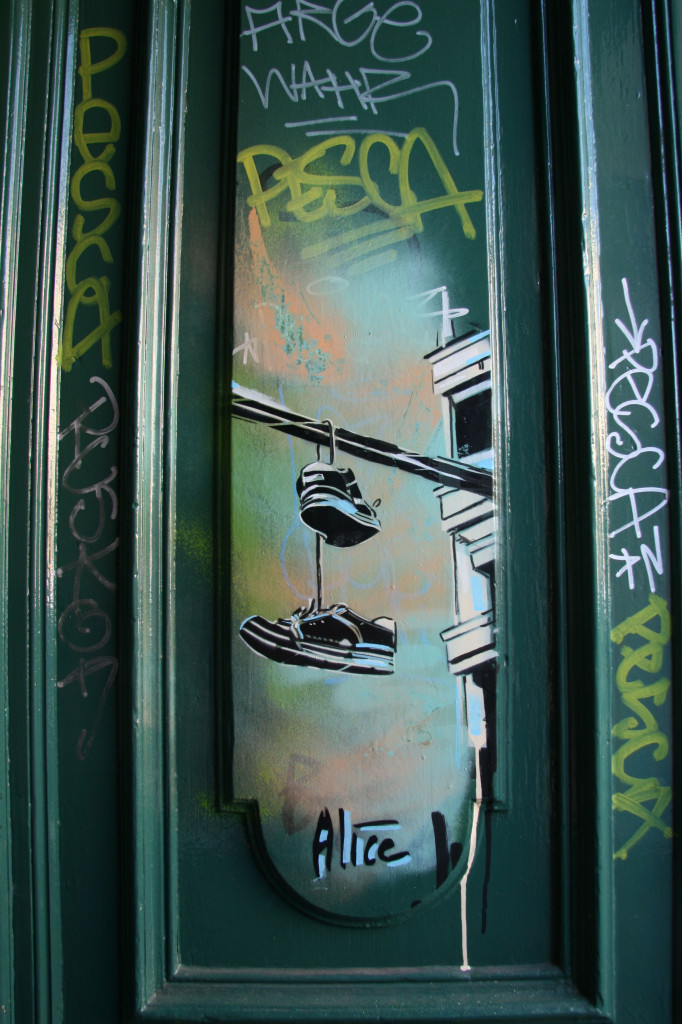 On Friday I found all but two of the pieces in Alice’s Flickr stream so having checked a few more details about them I headed back out on Saturday and got pictures of these last two. 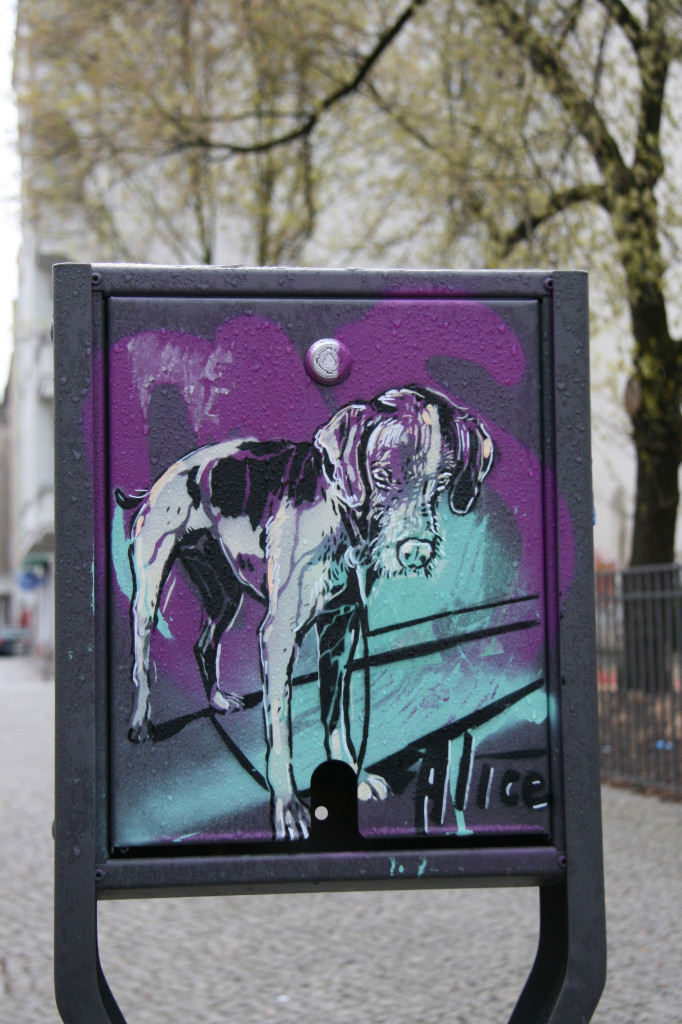 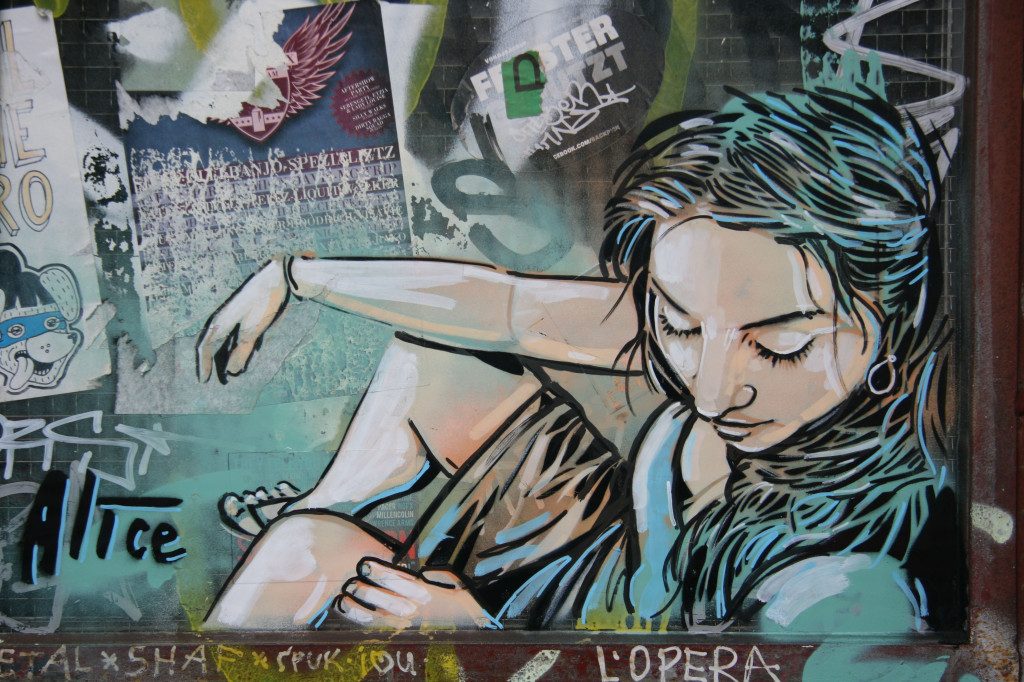