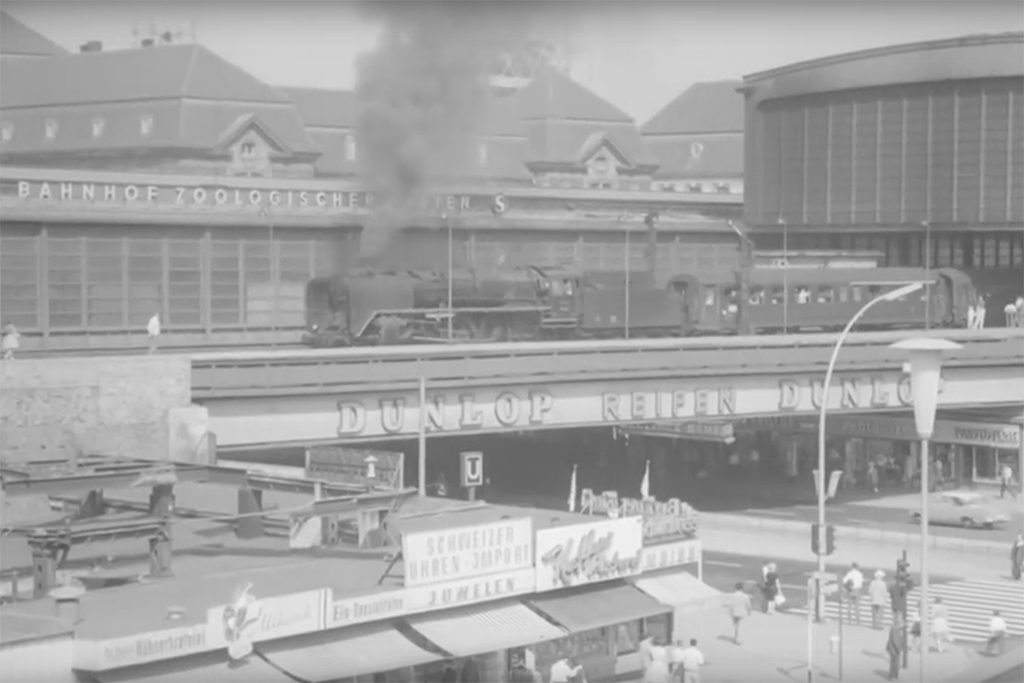 Photo: Screenshot from Background to Berlin by NATO on YouTube

A tweet from NATO marking the 70th anniversary of the start of the Berlin Airlift led me to the recently recovered documentary Background to Berlin. The film is part of the “Atlantic Review series” developed between 1959 and 1968 by the NATO Information Service.

This film tells the story of the city of Berlin from the end of World War II to the building of the Berlin Wall in 1961. It traces the origin of the Allied rights in Berlin, shows how the city came to be divided, and relates the problem of Berlin in the larger context of German reunification. It also explains why the fifteen NATO nations supported the defense of West Berlin’s freedom in front of Soviet pressure.

Though the description suggests the story starts at the end of the war, the film begins by showing Berlin at its peak in the 1930s, using footage from this British Pathé documentary.

The narrator then brings us forward to the war damaged city of 1945 – scenes of utter devastation much likes those from the colourised Spirit of Berlin fill the screen. More of the city’s milestones follow: the Berlin Blockade and the Berlin Airlift in 1948 and 1949; the East German uprising of 17 June 1953; and the formation of NATO and economic reform in West Germany.

And then in 1961 the unthinkable happens: the city is divided not only by political ideals and economic policies but with physical barricades:

The building of walls.  The erection of barbed wire and barriers.  These can never, for long, divide peoples.  Never create a permanent prison for the human spirit.  For the strength of a wall is measured only by the fear of those who built it.

Background to Berlin is essential viewing for Berlin geeks and history nerds – the significant events that shaped this great city from 1945 to 1961 are laid out clearly and concisely and the material is of the highest quality.