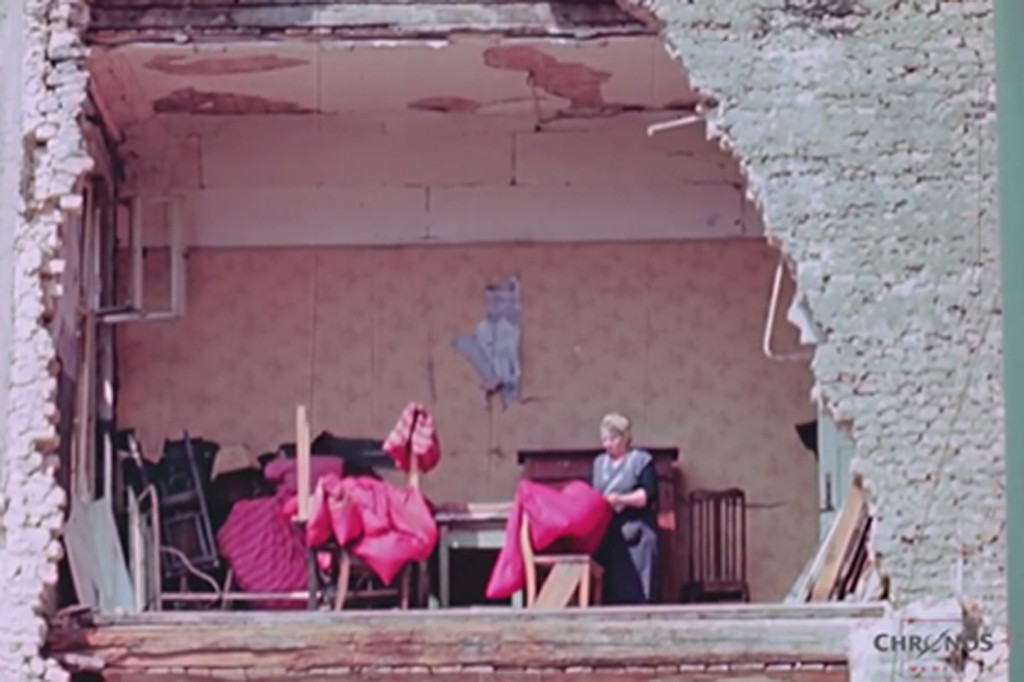 Photo: Berlin in 1945 – Still from ‘Spirit of Berlin’ by Chronos Media GmbH

Released last month by Chronos Media GmbH to coincide with events to mark the 70th anniversary of the end of the Battle of Berlin, Spirit of Berlin is a collection of colour HD footage of Berlin in July 1945.

There is something about the use of  colour images that makes the utter devastation caused by a combination of the allied bombing raids and the vicious battle for the city in the last days of the war in Europe that makes it all the more real.

Berlin enthusiasts will recognise some familiar sights like the Berliner Dom, U-Bahnhof Nollendorfplatz, Shell Haus and the Olympiastadion but many of the bombed out shells are residential buildings.

Scenes near the end of the film show how despite all the chaos and destruction Berliners went about their daily lives: bathing at the Wannsee, playing golf and attending horse races.

It may lack the voice over and facts conveyed in a conventional documentary but Spirit of Berlin is essential viewing for anyone with an interest in the history of Berlin.