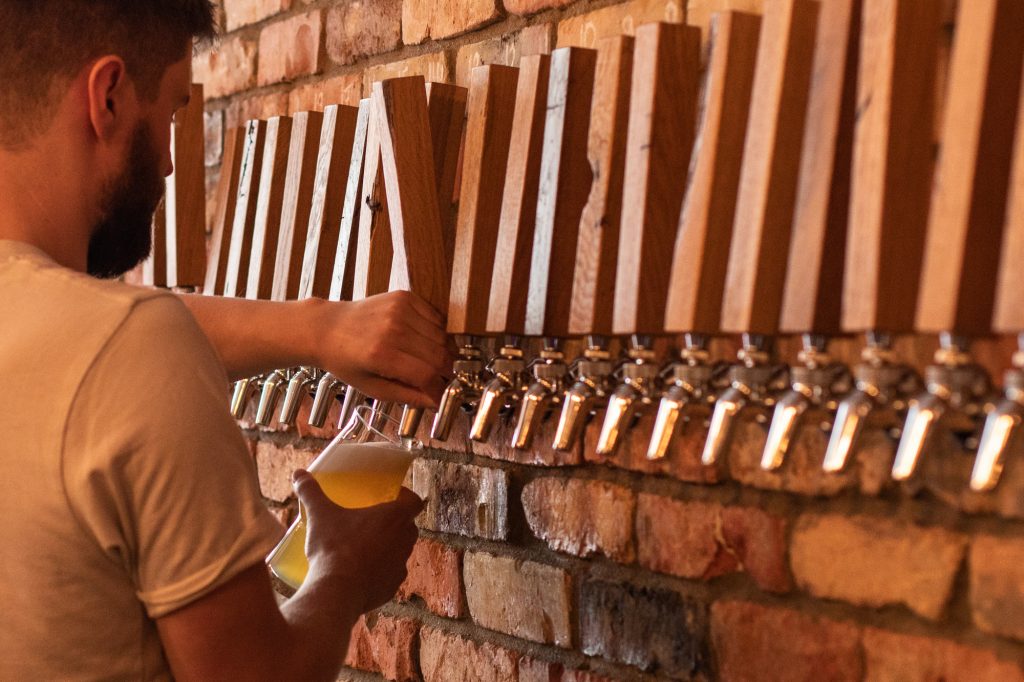 You would be forgiven for walking past Muted Horn without giving it a second glance – except for the pink neon sign over the door, there is little indication of the craft beer idyll hidden behind an unassuming brick and glass facade next to a Penny supermarket. 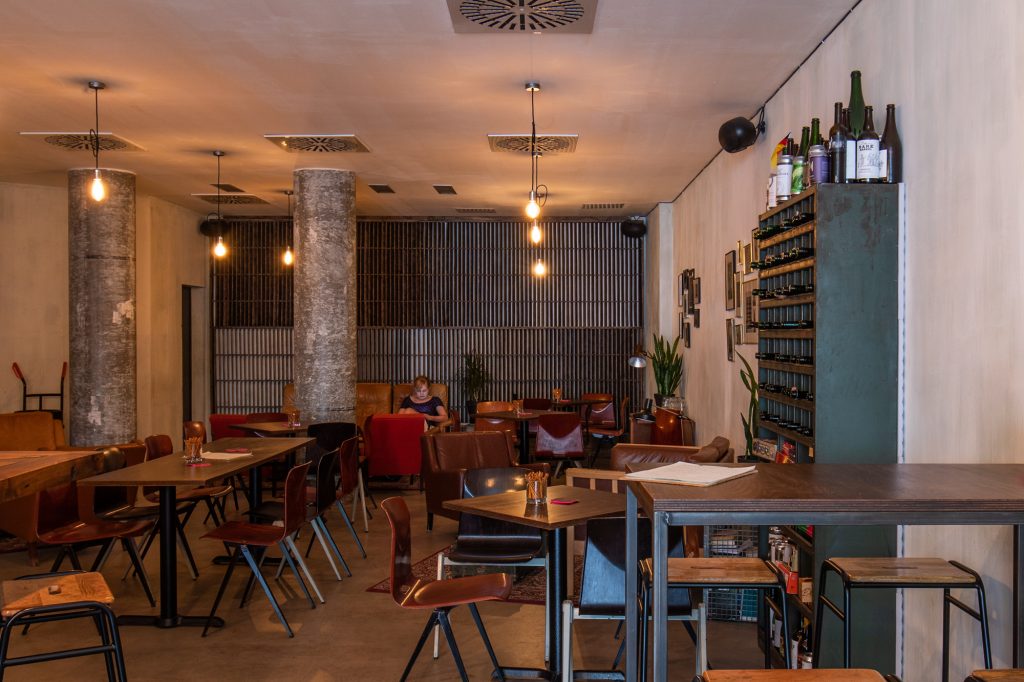 Jenia Semenova and Corbin Crnkovic brought their enthusiasm and thirst for good beer from Vancouver and unleashed Muted Horn into a burgeoning Berlin craft beer scene in October 2016. Their bar has been winning hearts, minds and awards ever since.

A bar doesn’t get voted Best Bar in Germany by RateBeer users without good reason. The 22 taps here (2 of which are Nitro) are rotated regularly and they have an epic bottle list. There are always a few surprises – some of the world’s best brewers have shown a lot of faith in what these two Canadians are doing and they get some exceptional and rare brews. You can check out the current tap list on their website. 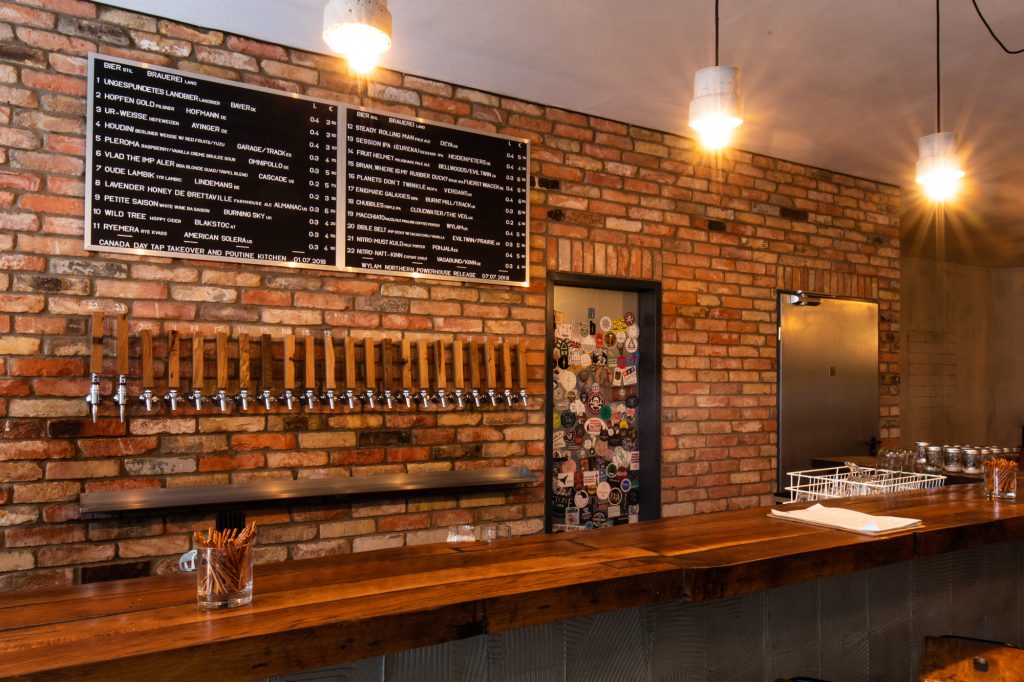 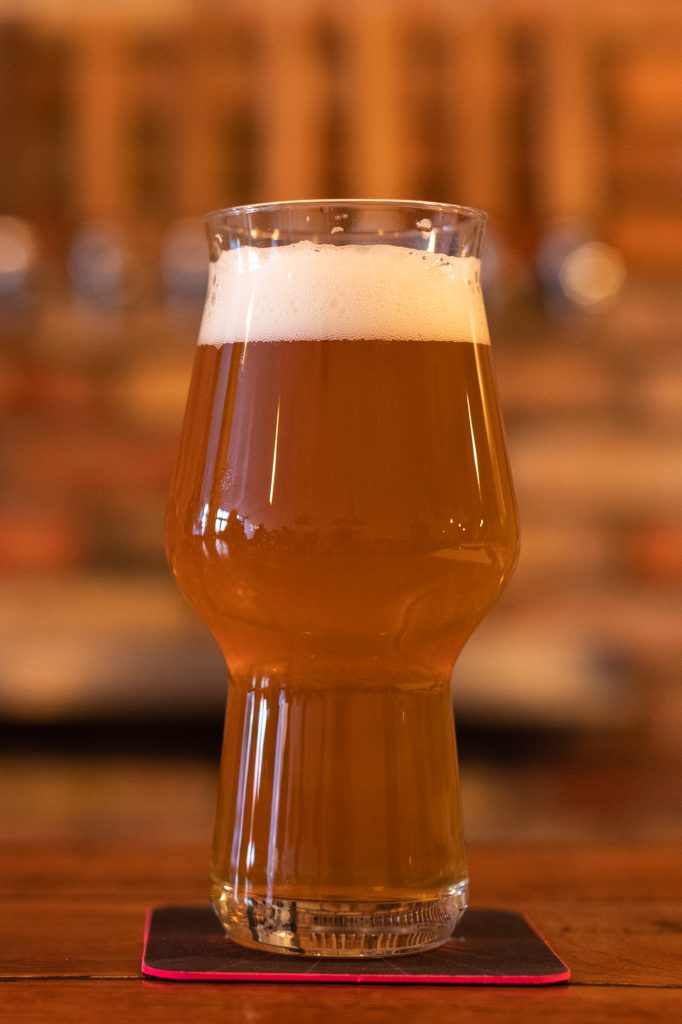 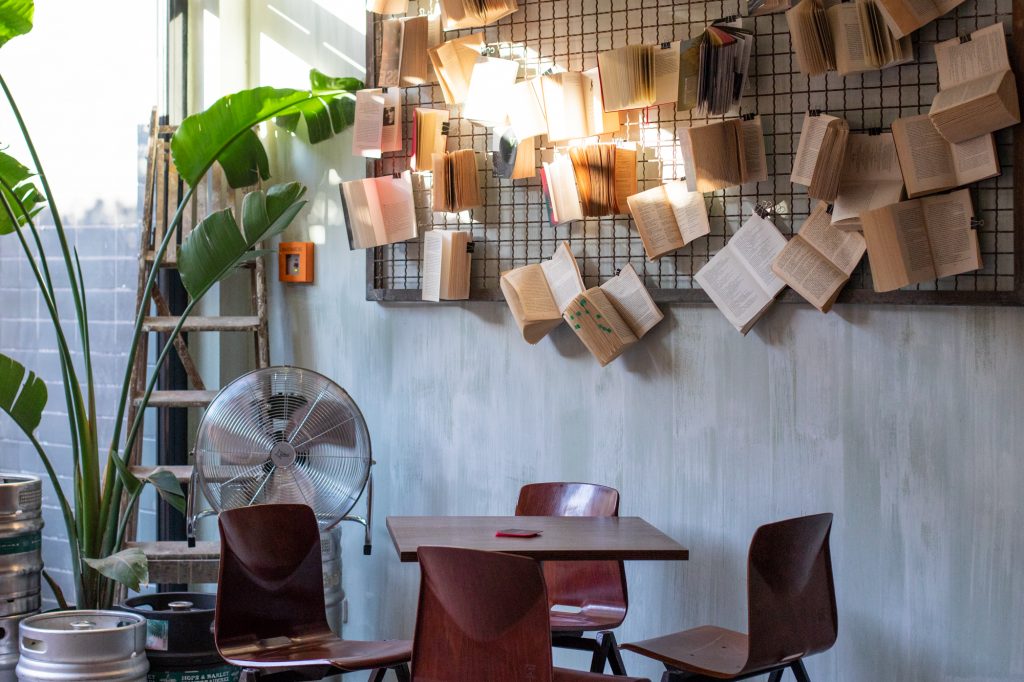 Given the diversity of the beers on offer, it is just as well that the staff are extremely patient and ready to give explanations, guidance and recommendations when necessary. If after that, you still can’t make your mind up, you can always take one of their taster trays – 4 different beers in 0.15l pours (prices vary depending on the beers chosen).

In order to properly taste each beer (and believe me you’re not going to stop at one) it’s important to clean the palate now and again so you’ll want to take advantage of the water and glasses on the end of the bar. In a city where asking for Leitungswasser (tap water) is frowned upon at best, it is refreshing (pardon the pun) to have water so readily available.

If you’re planning on settling in here for a session you’ll want to line your stomach too. The Muted Horn doesn’t serve food but don’t let that stop you, they’re quite clear on their policy in this regard:

You are welcome to bring in your own food, get something delivered, or purchase a snack from any of our neighboring food spots! 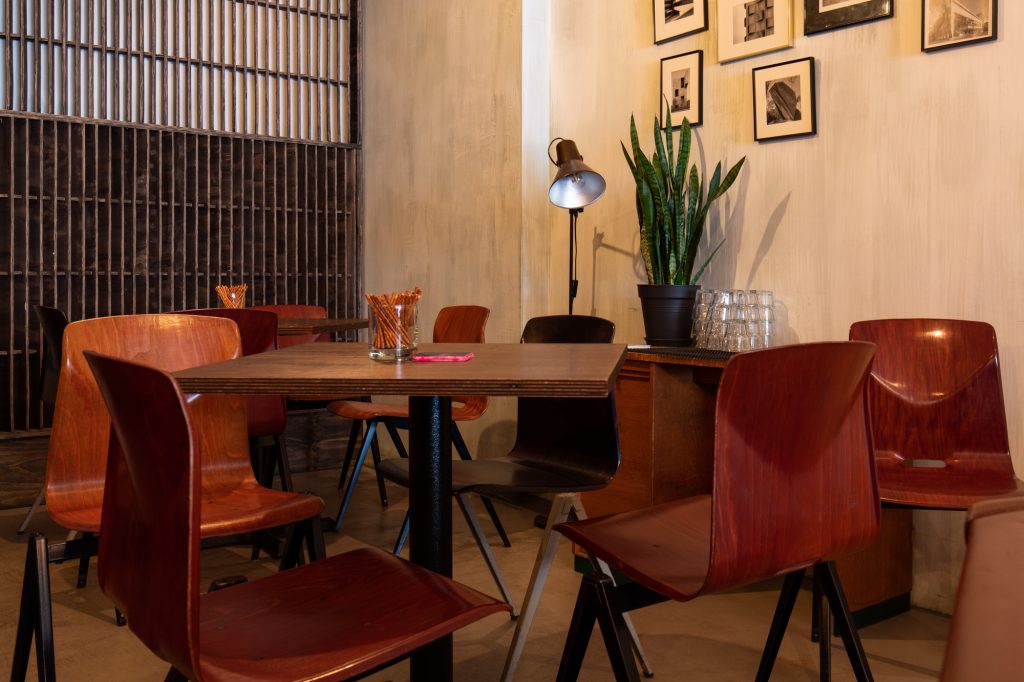 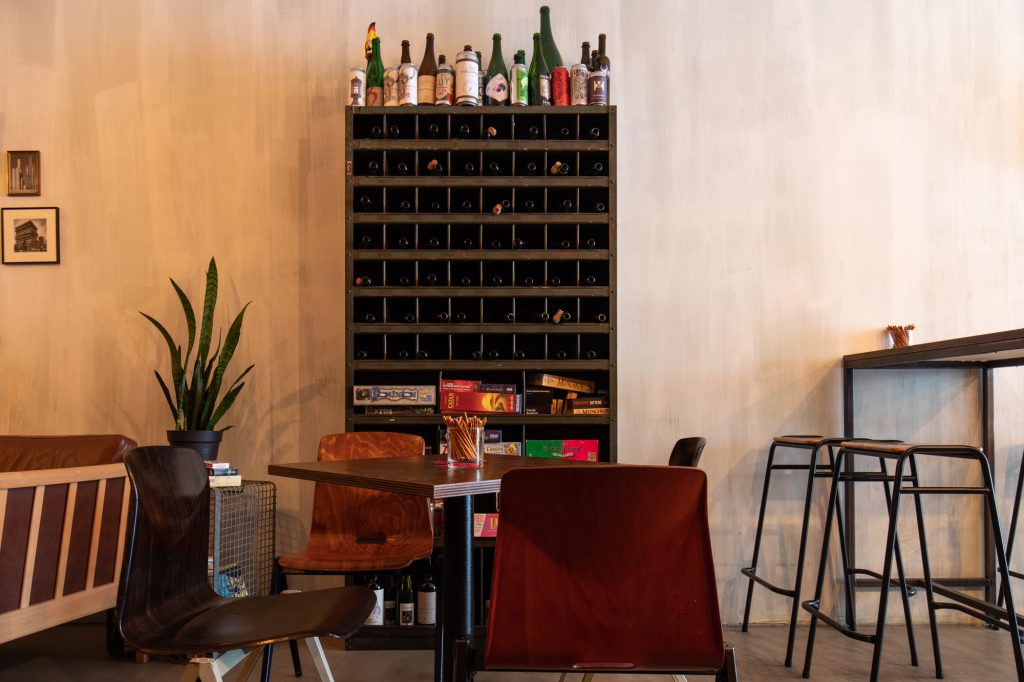 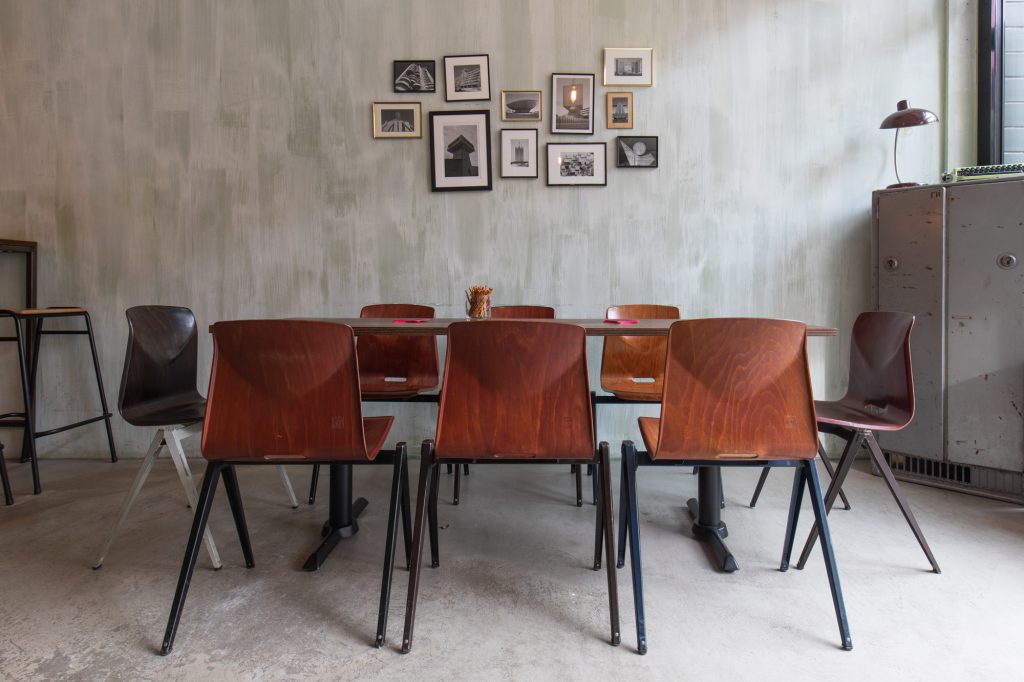 If you’re going to install yourself here for the evening and the conversation of your drinking partners isn’t enough to keep you entertained, there is a range of board games in both German and English that you can play.

The look here is very industrial – lots of bare brick, concrete and metal lamps – but there are some comfy sofas to sit back on. In summer you can get a tan, while you get tanked up, on the picnic benches on the patio out front. 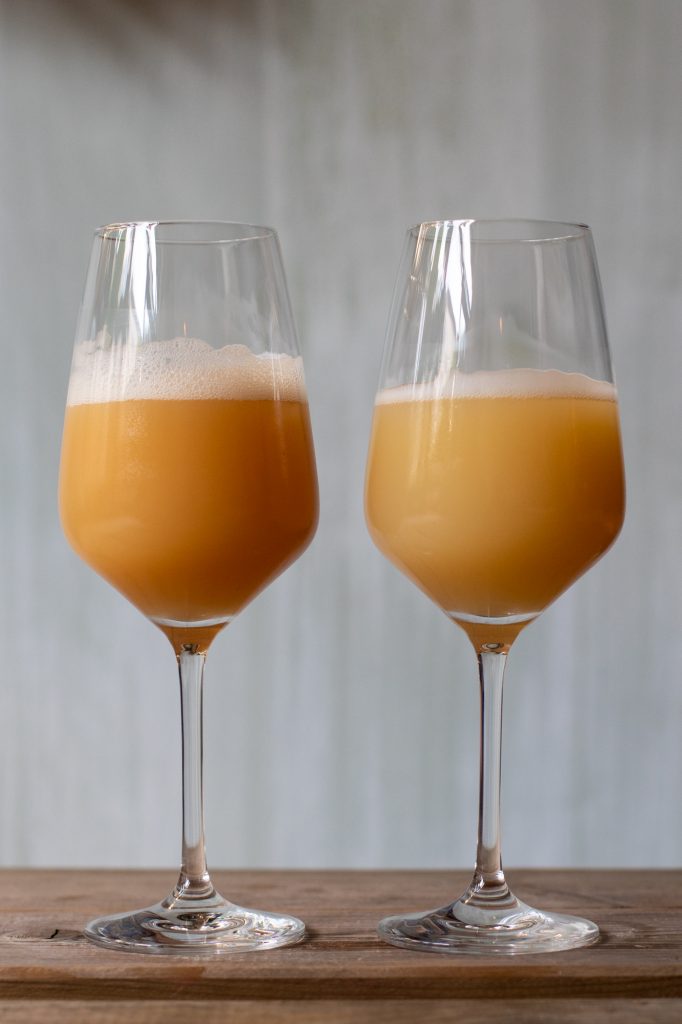 Tap takeovers and showcases are a big deal here. I might be wrong, but I think that Muted Horn was the the first craft beer bar in Berlin to push these kind of happenings – keep an eye out for upcoming events in my craft beer calendar. Jenia and Corbin do a great job of building anticipation with teasers of what will be on tap in the lead up, posted on Twitter, Facebook and Instagram. The Fuerst Wiacek collab-a-thon, was undoubtedly one of the best craft beer events in Berlin so far this year. 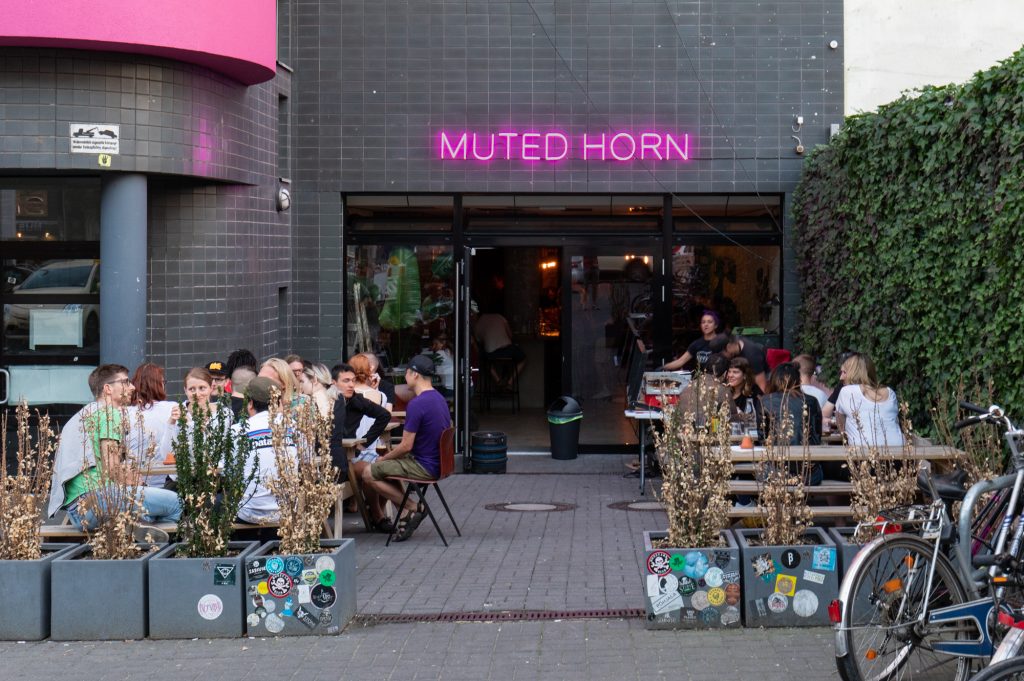 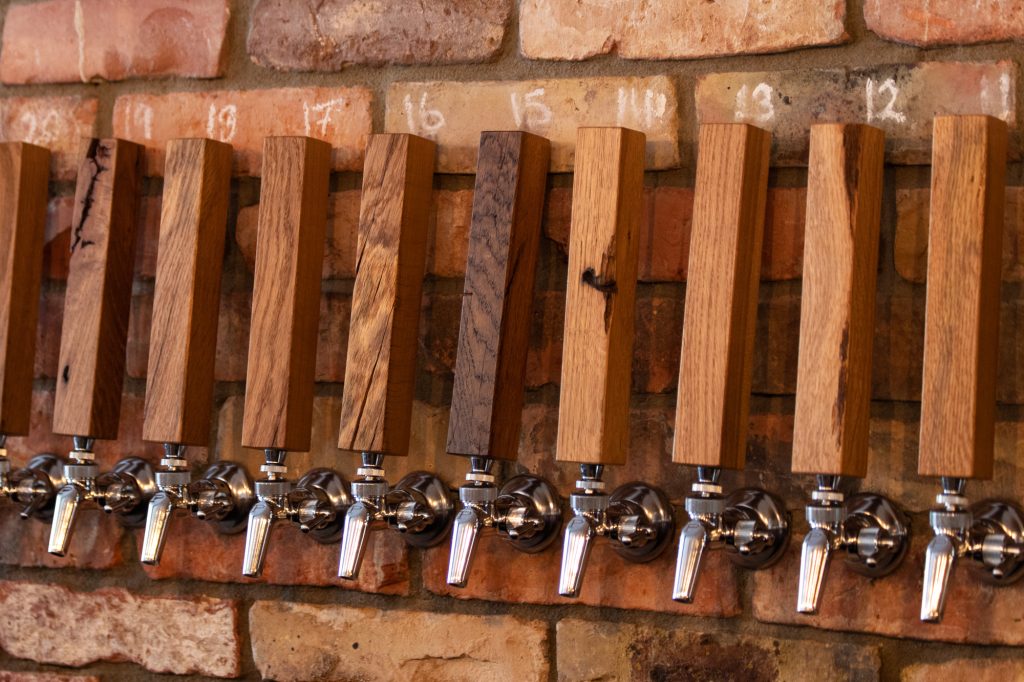 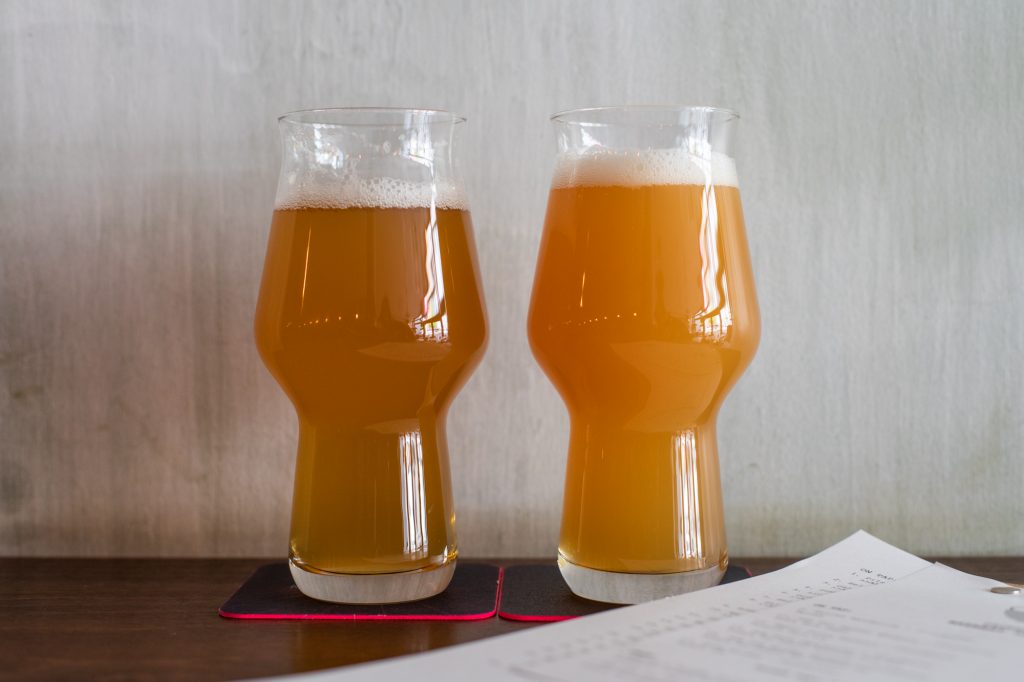 Writing this post has given me a real thirst so I’m off to drink some refreshing craft beer. If you’re after the same, Muted Horn is at Flughafenstraße 49 in Neukölln – check Facebook for the opening times.