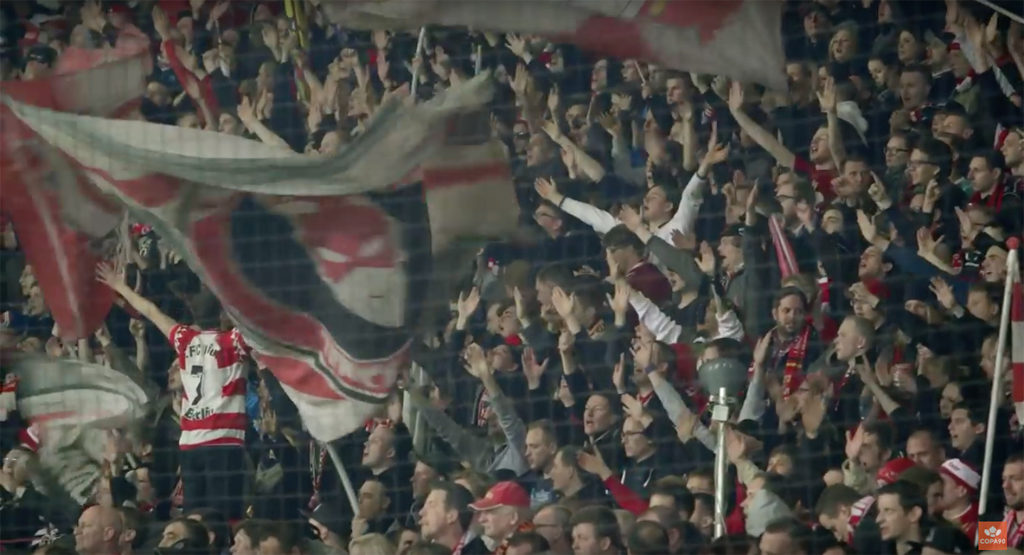 Photo: still from Union Berlin – The Fans Who Literally Built Their Club by Copa90

Copa90 travelled to Germany to get to know a bit more about fan-owned football clubs and produced the documentary, The Fans Who Literally Built Their Club about the capital’s club with a cult following, 1. FC Union Berlin (generally known as Union Berlin).

Possibly the most committed fans in the world, Union fans built their stadium with their own hands, bled for the club when it was in need, and are rewarded with a club that is truly their own. An inspiration for football fans, and teams, everywhere.

Currently playing in the 2. Bundesliga, Germany’s second tier, Union was at a very low ebb in 2004.  The club was close to bankruptcy and faced expulsion from the league.  The German FA was demanding a 1.46 million Euro bank guarantee.

Dirk Zingler, a long-time supporter stepped in to save the club and became its president and the fans launched the ‘Bluten für Union’ campaign (Bleed for Union).  In a remarkable display of the utmost commitment to the club, the fans gave Union Berlin the money they got for donating blood.

As if that wasn’t enough, in the summer of 2008 renovations were urgently needed at Union’s home ground, the Stadion An der Alten Försterei and the fans again proved their allegiance.  Between them, 2,500 fans, many of whom had no construction experience, gave 140,000 hours of their time to bring the stadium up to standard.

A statue of a giant red helmet now stands at the stadium in their honour.

I’ve yet to attend a game there but I’m told the atmosphere on match days is electric.

With so much of their own blood, sweat and tears (literally) invested, Union Berlin fans have a very tight bond with the football club and as Union is also 50% owned by them, they can honestly call it ‘our club’.

Union Berlin – The Fans Who Literally Built Their Club