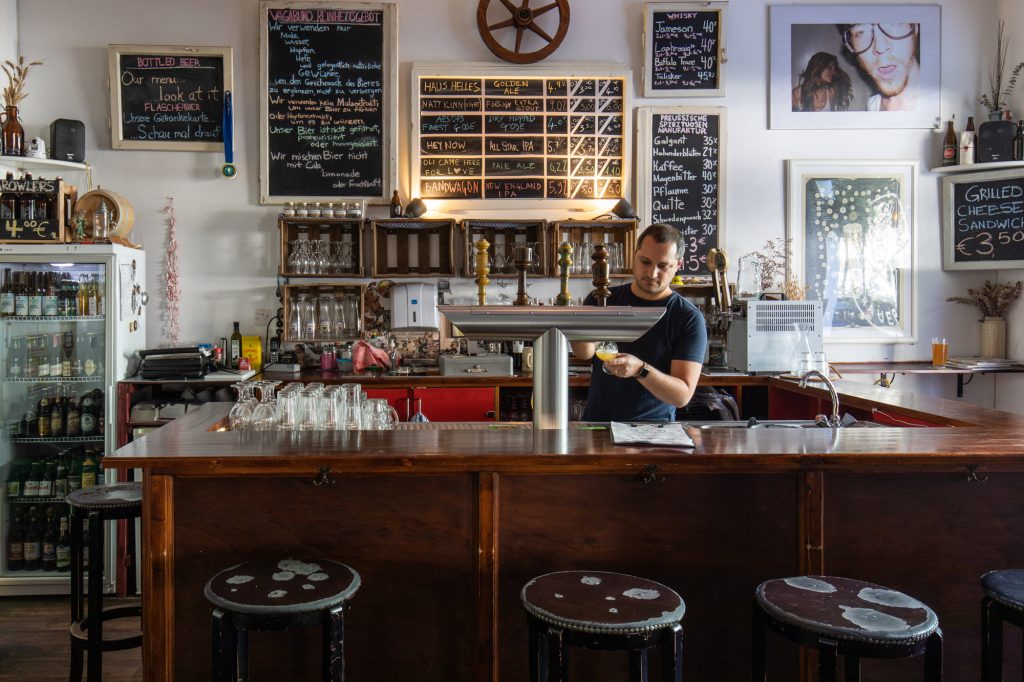 On a quiet residential street in Wedding, in the small but perfectly formed taproom of Vagabund Brauerei, three Americans sell the beer they brew right there on the premises, to Berlin’s craft beer drinkers.

When it opened in July 2013, Vagabund Brauerei was Germany’s first crowdfunded brewery. Disappointed by the lack of variety in the beer styles available in their new home, three American friends – Matt Walthall, Tom Crozier and David Spengler – started out brewing beer in Matt’s kitchen. Their first attempts were far from perfect but they persevered, honing their skills and their recipes and their home-brews soon proved popular with friends. They decided to set up a campaign on StartNext to buy the equipment that would allow them to fulfil their mission to ‘destroy preconceived notions of what beer is or should taste like’. 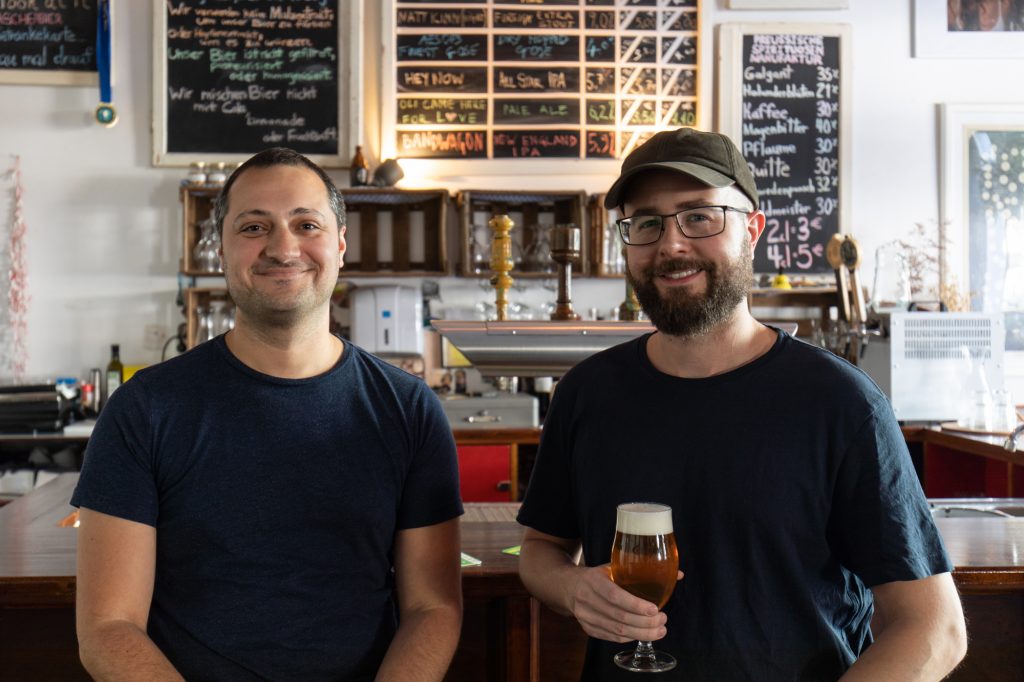 Tom fondly recalls the excitement of watching the support for their project grow; he was working in a Kindergarten at the time and tells me that when Matt appeared on local radio station, Spreeradio to promote their funding campaign, he tuned in at work and listened with a class of 5-year olds.

The investment drive was a resounding success. They exceeded their funding goal and were pleasantly surprised to learn that they had underestimated the potential market for their brews among German beer drinkers. A hefty 90% of their backers were natives.

Back then, the taproom was only open on weekends and the beer that they were brewing once a week was selling quicker than they could produce it. Over time, all three quit their day jobs in order to concentrate on the new business.

Fast forward to 2018 and Vagabund Brauerei is preparing to celebrate its 5th birthday on 27 July during Berlin Beer Week. The brewing schedule and the opening times (7 days a week) at the taproom have changed to meet demand and a formally trained Brewmaster has been added to the team.

They’re still brewing in small batches on the premises but have plans to expand operations and their first bottled beer should be hitting the shelves soon. 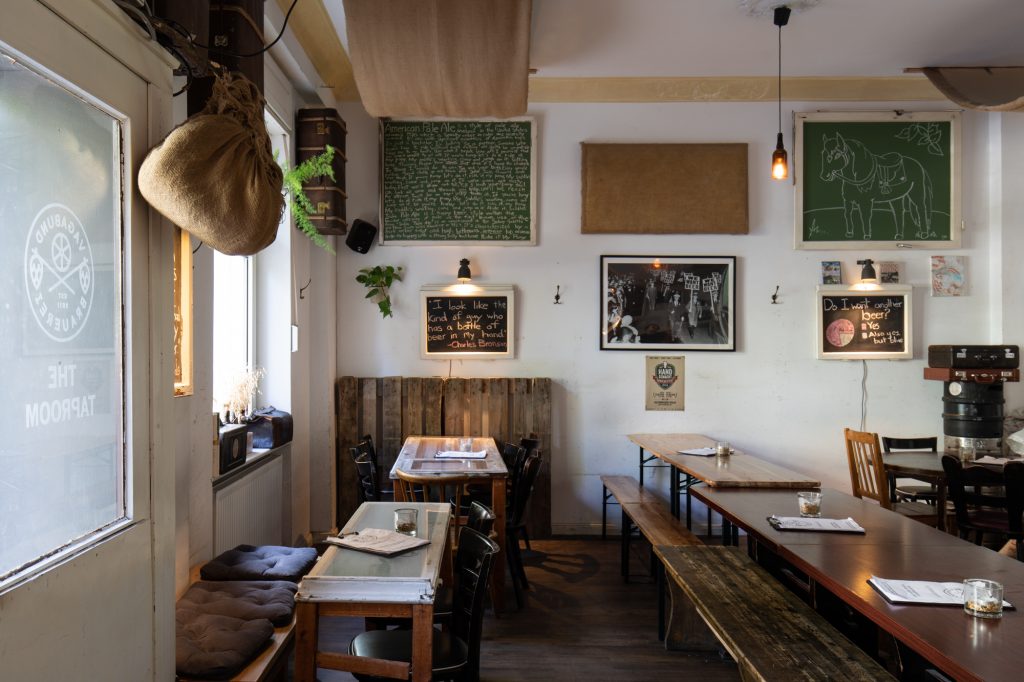 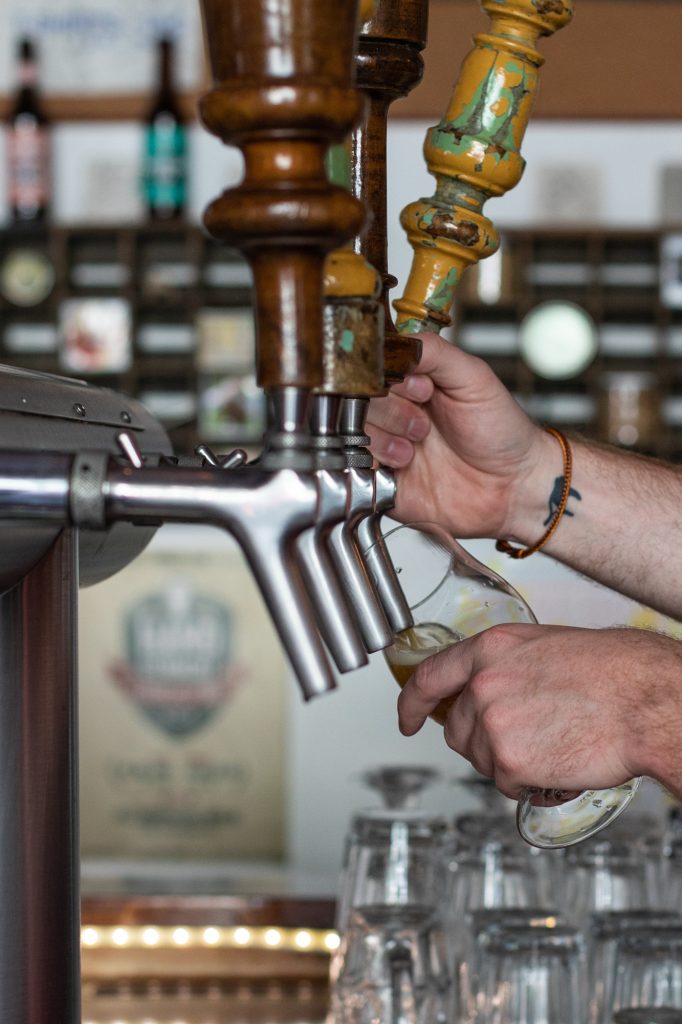 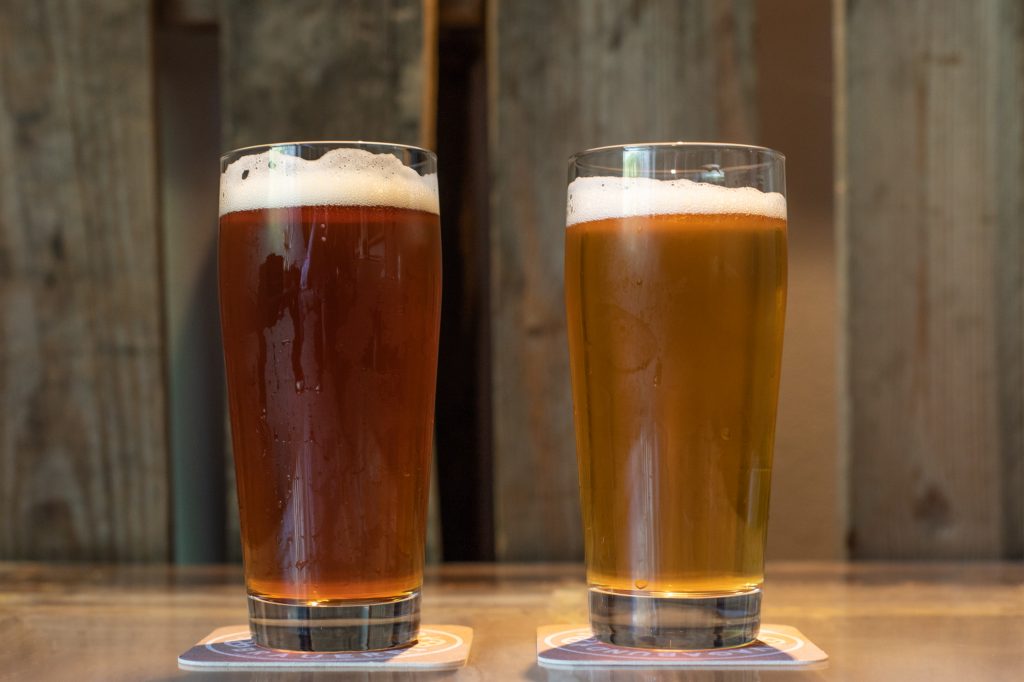 The tap room, which has 6 Vagabund beers on tap (the details are chalked on a blackboard over the bar) backed up by a limited bottle list, has proved popular with locals, expats and tourists alike. Vagabund has brewed over 100 different beers from Helles and Pilseners, through Pale Ales and IPAs to Stouts and Porters with many others in-between.

Old windows have been repurposed as table tops and frames for the ‘inspirational’ beer quotes (I’ve got 99 problems, and beer solves all of them – Granger Smith) on the walls. Another window in one corner of the bar offers a view of the stainless steel tanks and other brewing equipment in the room where the magic happens. The names of the crowdfunding backers are written in black marker pen on the surrounding arch. 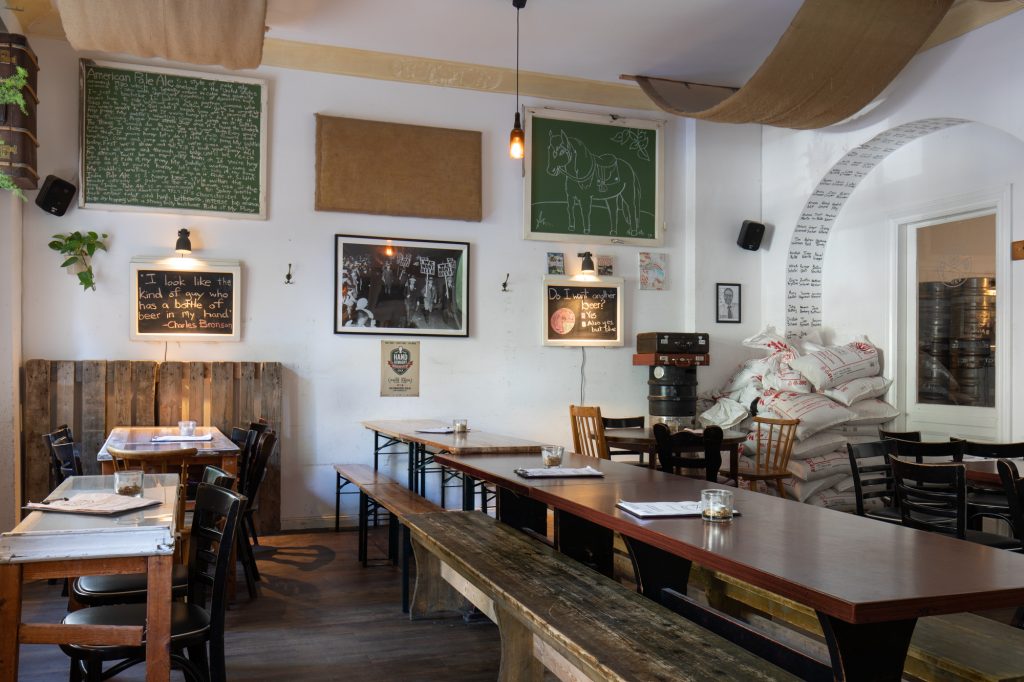 If you’re planning a visit to Vagabund Brauerei (and you really should) there are bargains to be had on Sundays from 13:00 to 17:00 (a 20% discount on their Super Savour Sunday beer) and during the week from 17:00 to 18:00 (happy hour means half price draught beers) – otherwise, check Facebook for opening times.