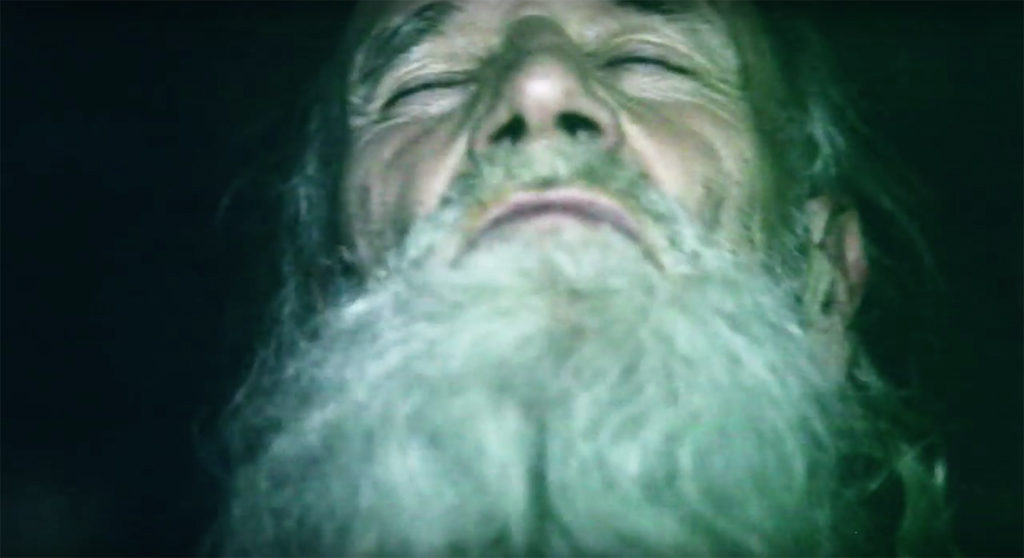 Komet Bernhard is a Berlin nightlife legend.  Like Techno, Wegbier from the Späti and clubs that don’t close, he epitomises what makes a night out in Berlin…um…so Berlin.  Komet Bernhard – Unframing Reality is a documentary that offers a glimpse into his life.

Bernhard Enste (67) was given the name Komet Bernhard by the children he would tell stories to.  Always from his own imagination and the universe and our position in it a recurring theme.

“That’s what comets do right?  They just pop up wherever they want to, unannounced and unpredictable.  That’s what you always say, right?  You ARE a comet!”  And so I became ‘the comet’.

Bernhard was a carpenter in Mainz but following a divorce he decided to start a new life in Berlin.

It’s not only the parties, it’s the whole being in Berlin that brings so much happiness and life to my existence.  And music is always the highlight.  I have to say it very clearly: I dance FOR my life.  If I didn’t dance, I probably wouldn’t be here anymore. 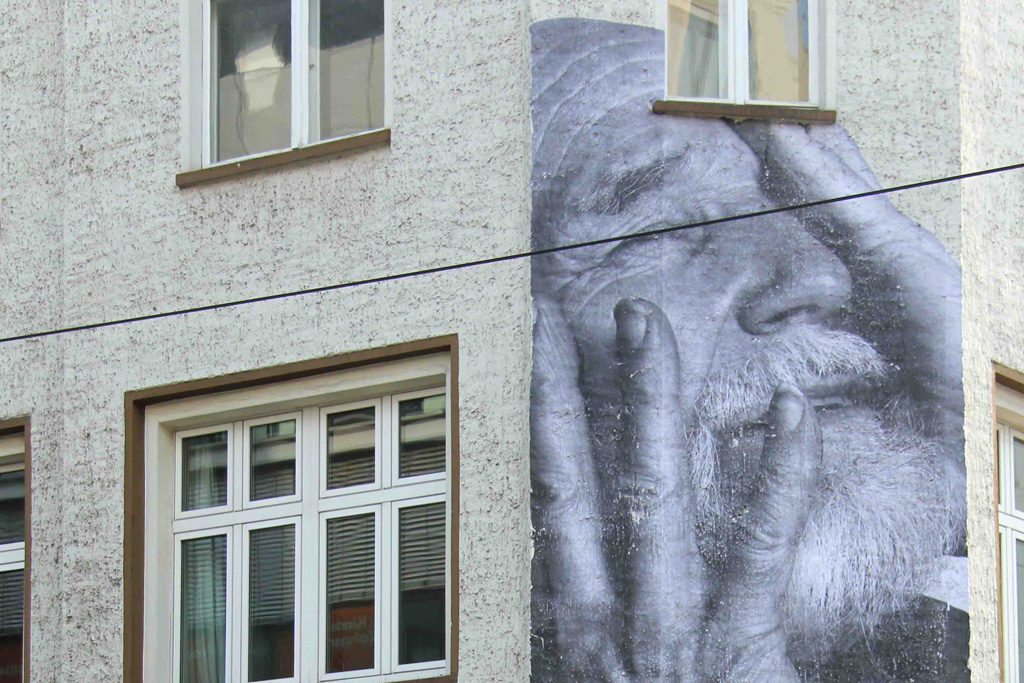 You may recognise Komet Bernhard, as his face was plastered on a building on the corner of Rosenthaler Straße and Auguststraße by JR as part of his Wrinkles of the City project.

Alternatively, you may have read about his crowdfunding campaign on StartNext a few months ago, when he was trying to raise 18,500 euros for a trip to the Burning Man festival in America this summer.  Among the rewards he was offering were: 10€ – send cosmic energy; 20€ – this being Berlin, of course, a tote bag, screen-printed with a Komet Bernhard motif or a handful of ashes from Burning Man; 250€ – a visit from the man himself to discuss his Burning Man experience; and for 5,000€ – a 1m tall wooden sculpture of Komet Bernhard by Veit Tempich.

Try as I might, I haven’t been able to find out if he met his funding target.

Freshmilk.tv spent a night with Komet Bernhard.  He took them out to Prince Charles, though it seems his night out was as much about the journey as his time in the club, and offered insights into his past, his philosophy and his lust for life.  When he wasn’t talking nonsense to strangers, he was blowing bubbles with his ‘bubble sword’, a present from a friend.  The narrative jumps around almost as much as Komet Bernhard on the dance floor but the result is Komet Bernhard – Unframing Reality, an engaging and absorbing documentary.