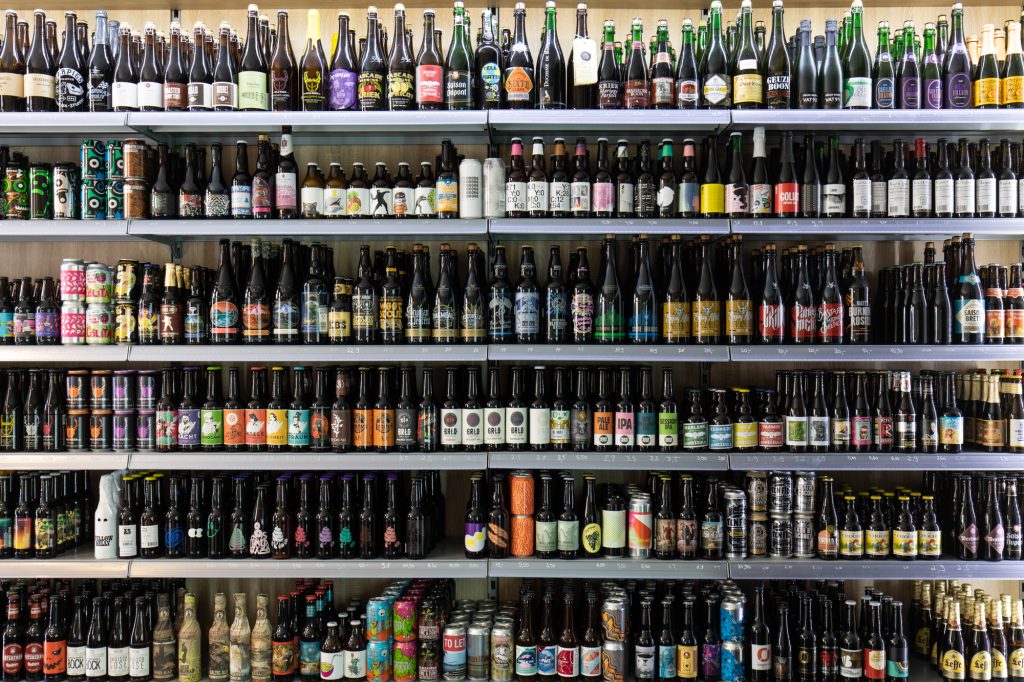 Short but sweet – CRAFT BEER – the neon sign in the arched window of the bottle shop on Kreuzberg’s Oranienstraße is a beacon to the beer lovers of Berlin and draws thirsty customers into Biererei Store. 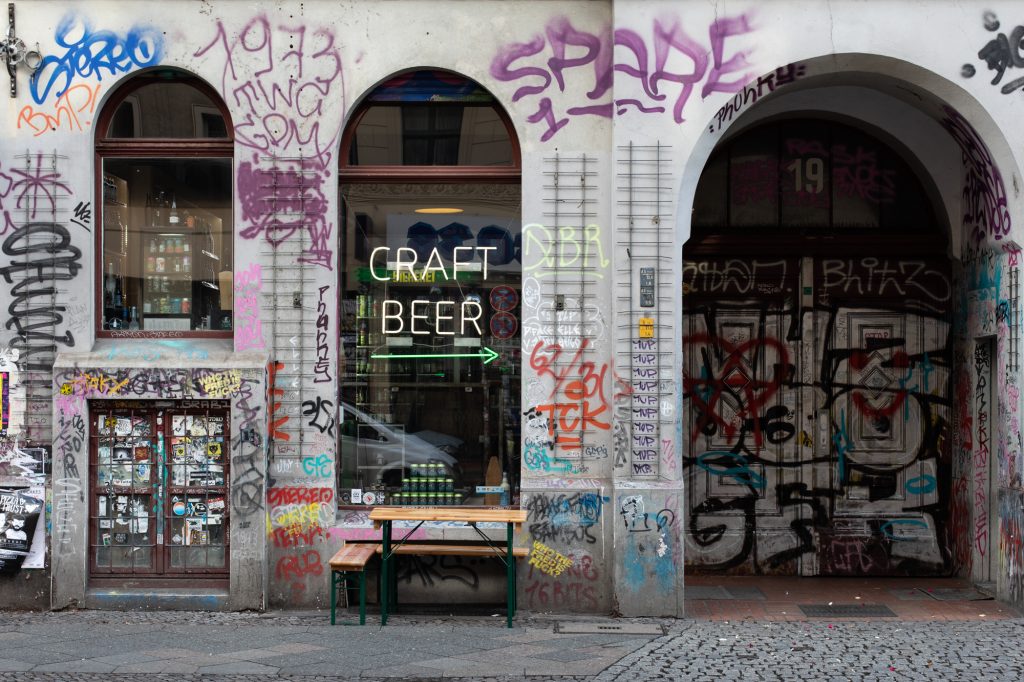 It was during an internship in Brussels, that owner Cihan Caglar, a Political Sciences graduate, first realised that beer could be so much more than the Reinheitsgebot-restricted brews he had grown up with. It was here that he first encountered sours, Tripels and other unfamiliar styles and his eyes were opened to a whole new world of brewing possibilities. He also discovered that he had a palate that would allow him to identify and appreciate the ingredients used and flavours developed during the brewing process.

On returning to Berlin, he set out to turn his new found passion into a career and converted a former Späti (short for Spätkauf, the German word for a shop that can be anything from the English off-licence to an American convenience store) in May 2015 into what has quickly established itself as Berlin’s best craft beer bottle shop. 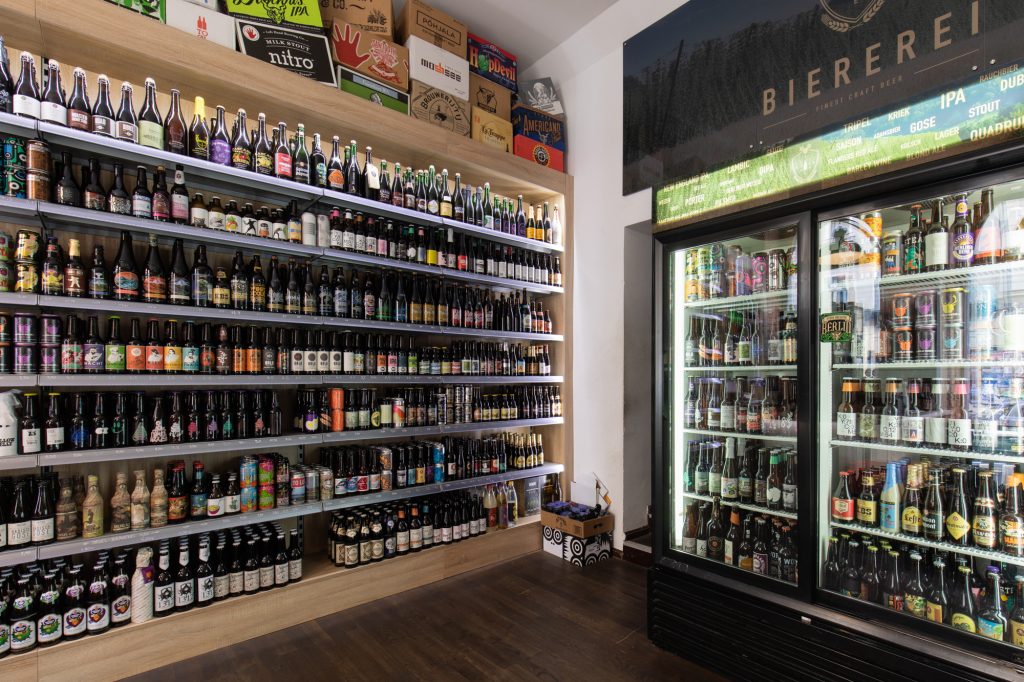 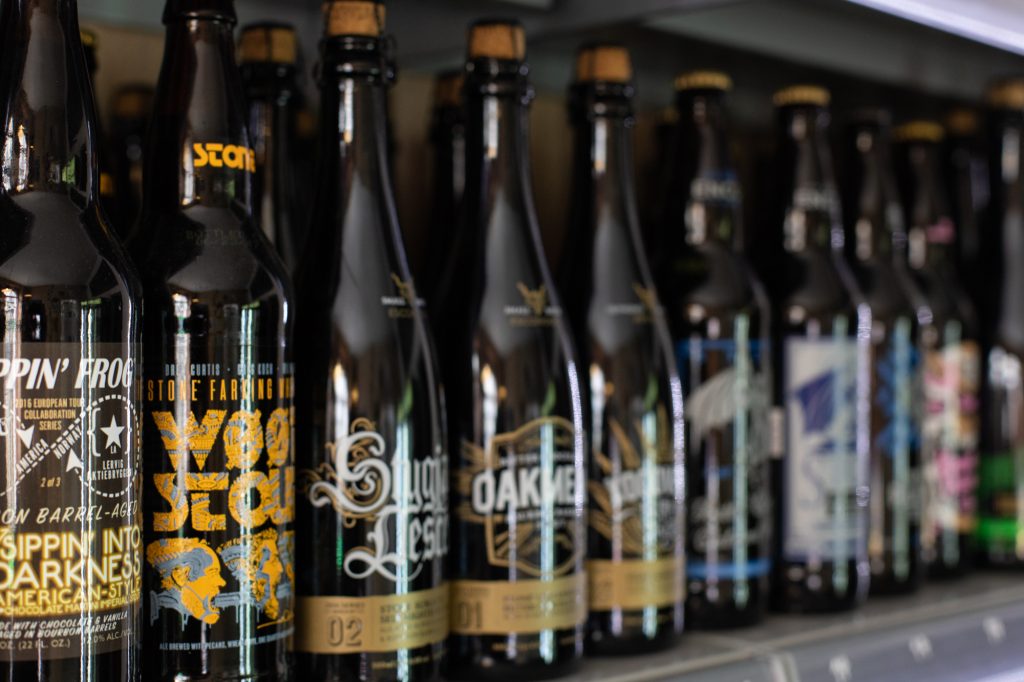 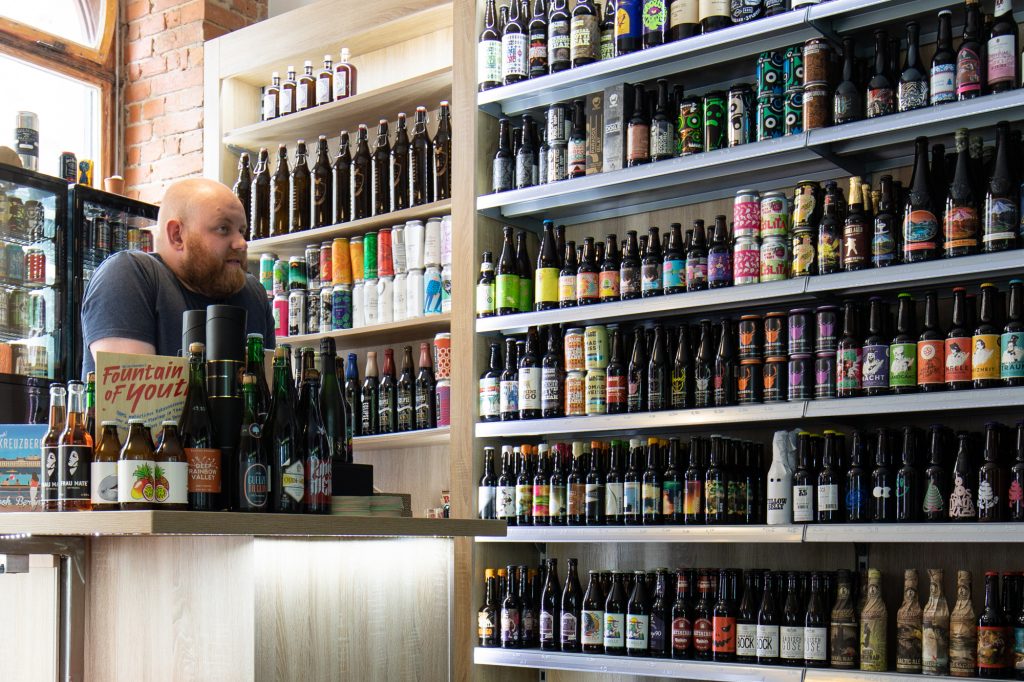 In keeping with its former Späti life, Biererei Store stays open into the evening, and during summer, tables and benches on the pavement host impromptu drinking sessions – but this is where the Späti comparisons end. An epic selection of Berlin, German and international brews lines the shelves and fills the fridges (over 500 according to their website, which is astounding given the small shop), so dedicated craft beer drinkers and Untappd junkies are sure to find beers and breweries that they haven’t come across elsewhere. The staff will be happy to guide newbies through the available bottles and cans and help them find what will hopefully be their ideal flavour profile.

Biererei Store also has the perfect solution for that ‘draught beer’ taste at home – a growler filling station, where customers can choose from four beers to take away in 1l or 2l bottles (which would also make a great gift for beer fans). Alternatively, you could walk the 50 or so metres to the Biererei Bar & Vintage Cellar and work your way through the 20 taps on offer there. 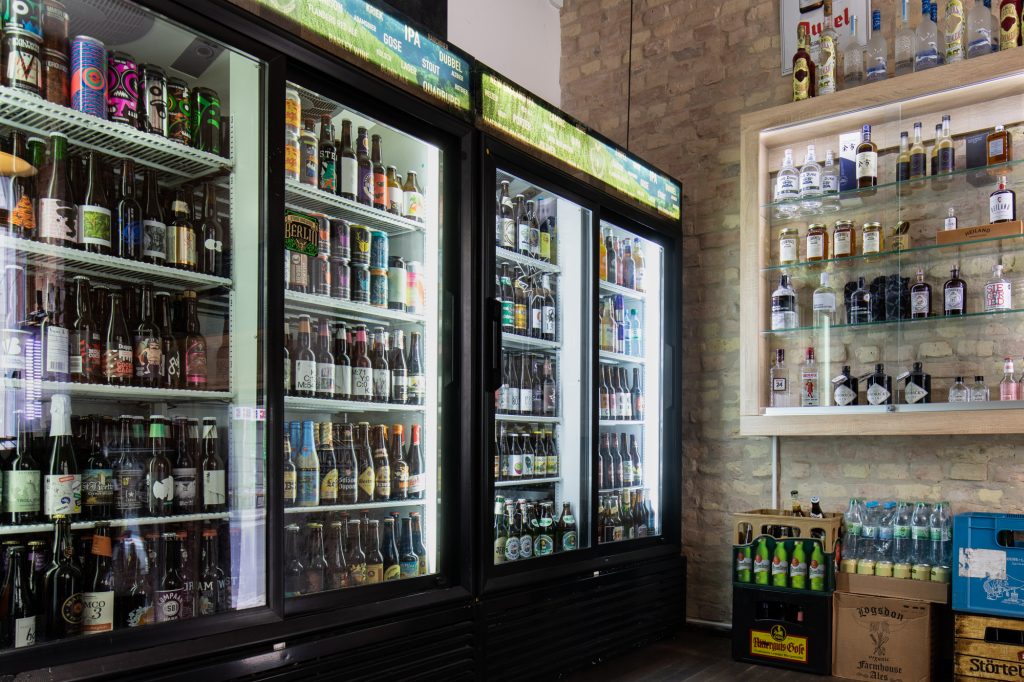 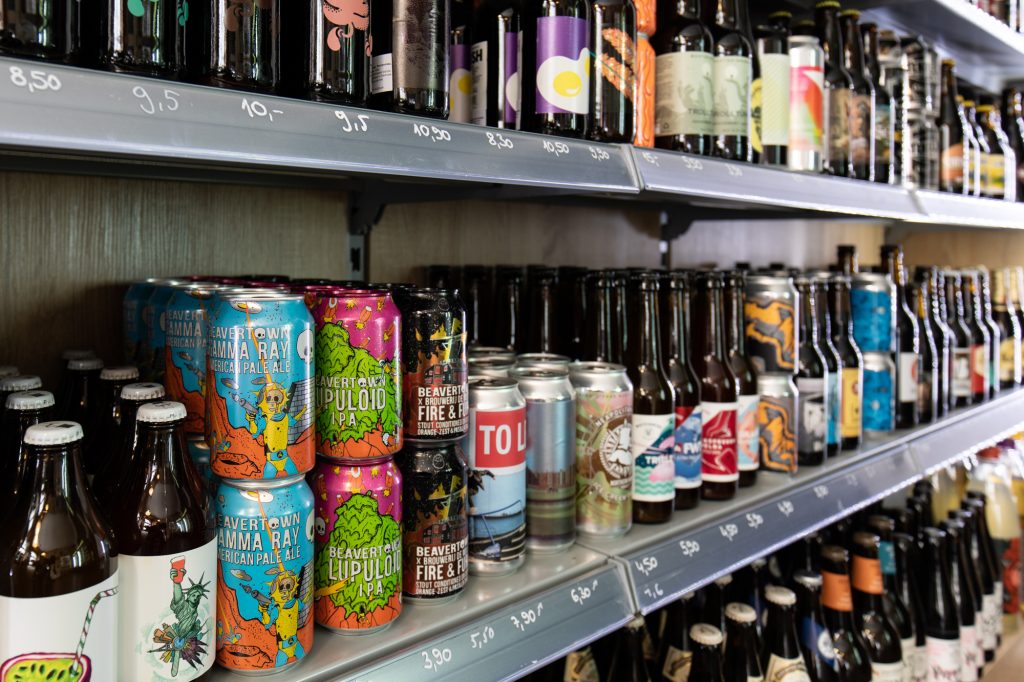 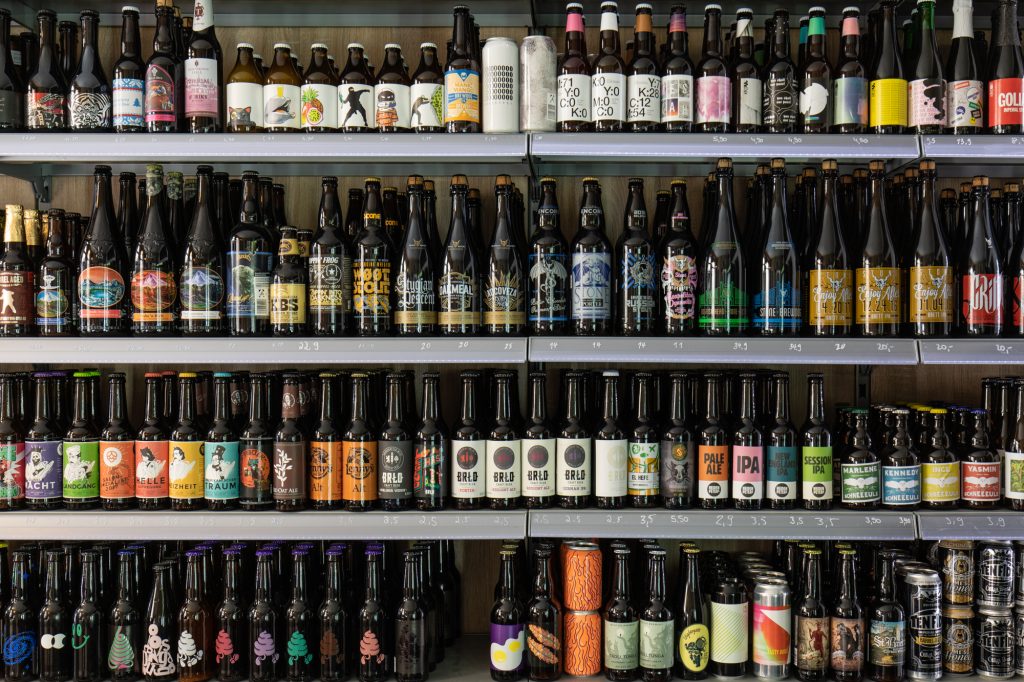