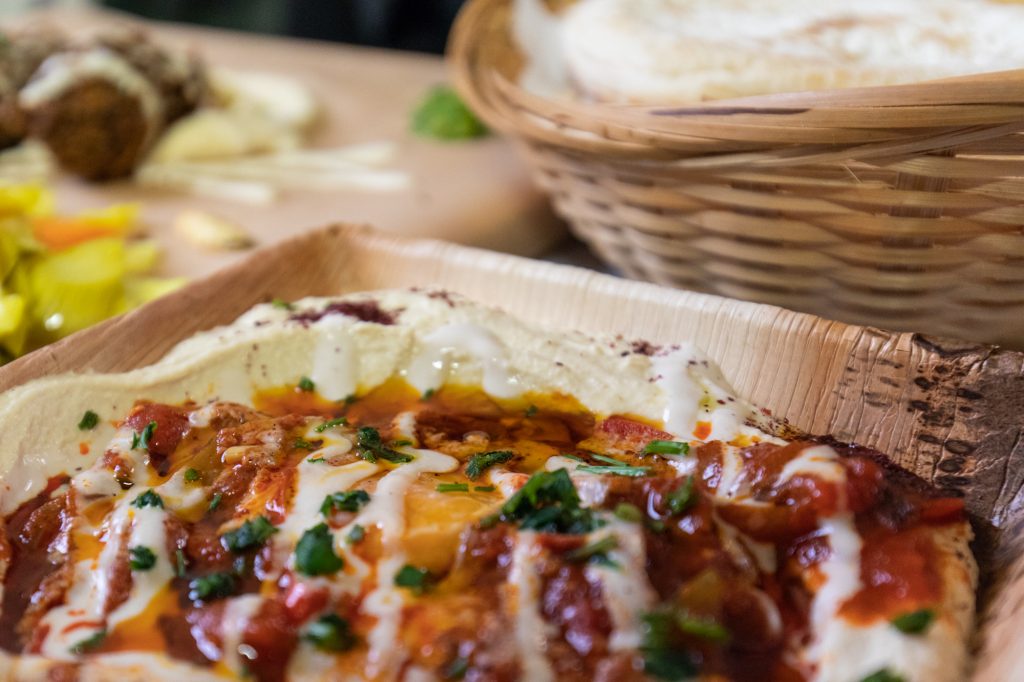 Kanaan is a Middle Eastern vegan-vegetarian restaurant with a backstory as appealing as the food served there, that claims it has ‘the best hummus in town’.

Berlin has the short-sightedness of Germany’s supermarket executives, who dismissed Oz Ben David and Jalil Debit’s original business proposal to bring hummus, tahini and other imported Israeli-Palestinian specialty foods to their shelves, to thank for this outstanding restaurant.

It was this rejection that led the pair to rethink their plans and launch Kanaan, which started out serving brunches in Kohlenquelle, a Prenzlauer Berg Kneipe in 2015. In the early days, the owner’s origins – Oz Ben David is an Israeli with a background in PR and Marketing and Jalil Debit, a chef and restaurateur from Palestine – made as many headlines as their food. 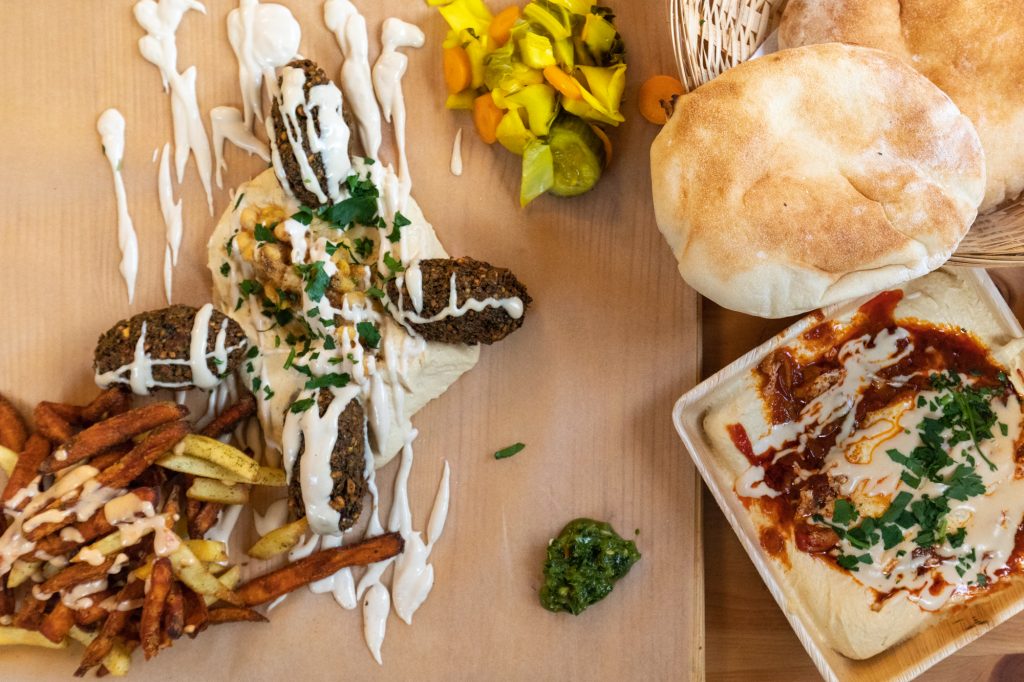 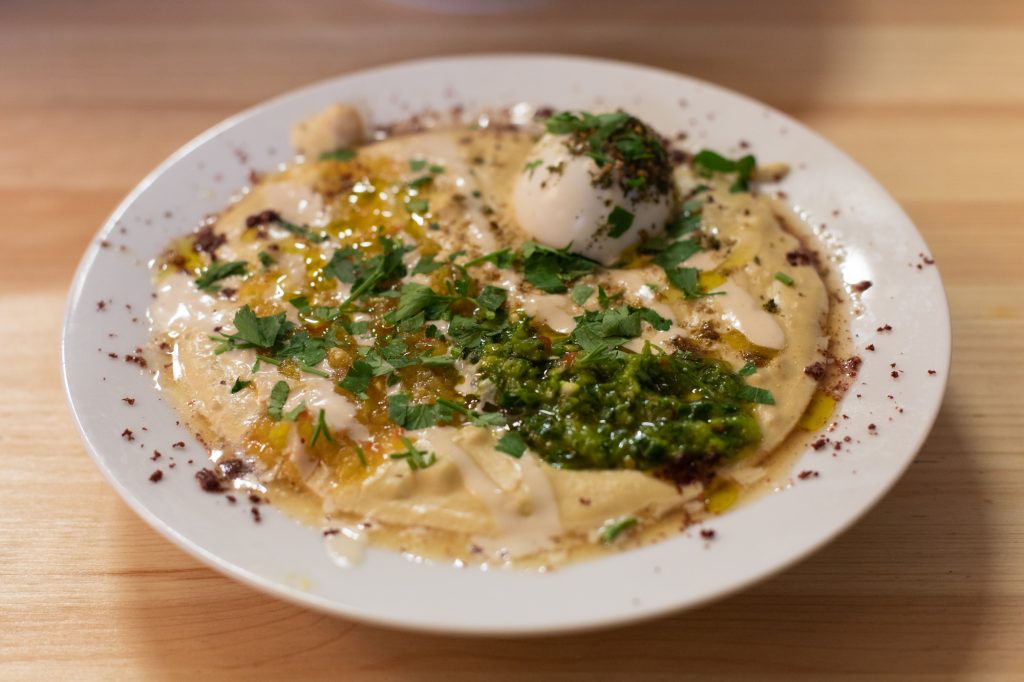 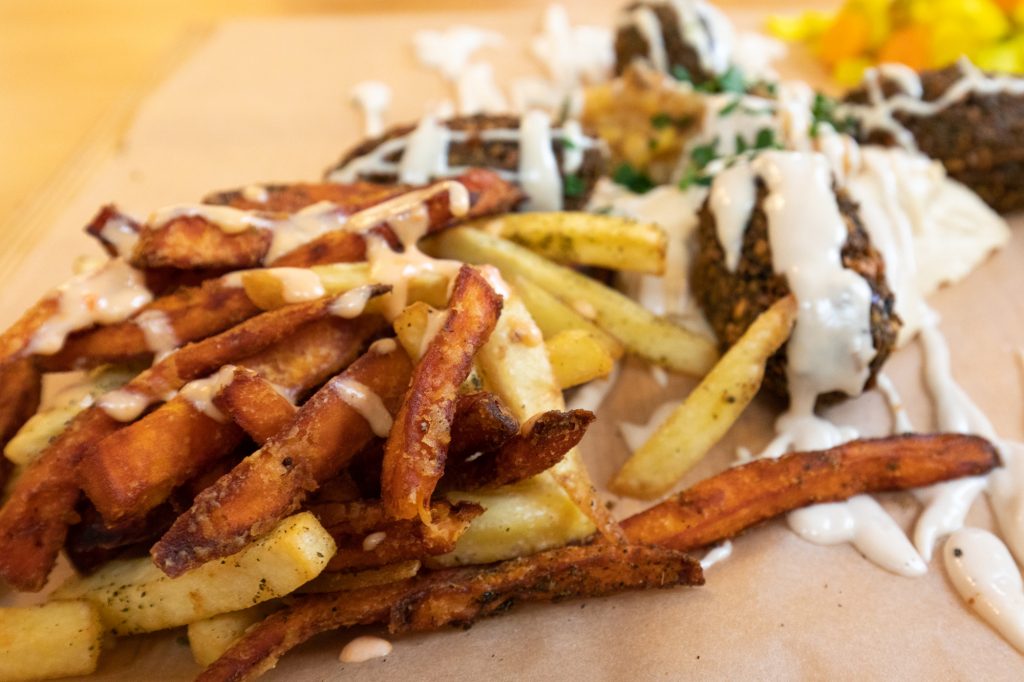 David and Debit’s philosophy ‘it’s better together’ is reflected in their kitchen and menu, where multiple nationalities, cultures and cuisines combine. The hype brought customers through the door but it was the diversity and the quality of the dishes at Kanaan that kept them coming back. The pop-ups proved so popular that they soon needed a more permanent home, which they found across the street in a ramshackle wooden hut overlooking the Ringbahn (Berlin’s circular train line). 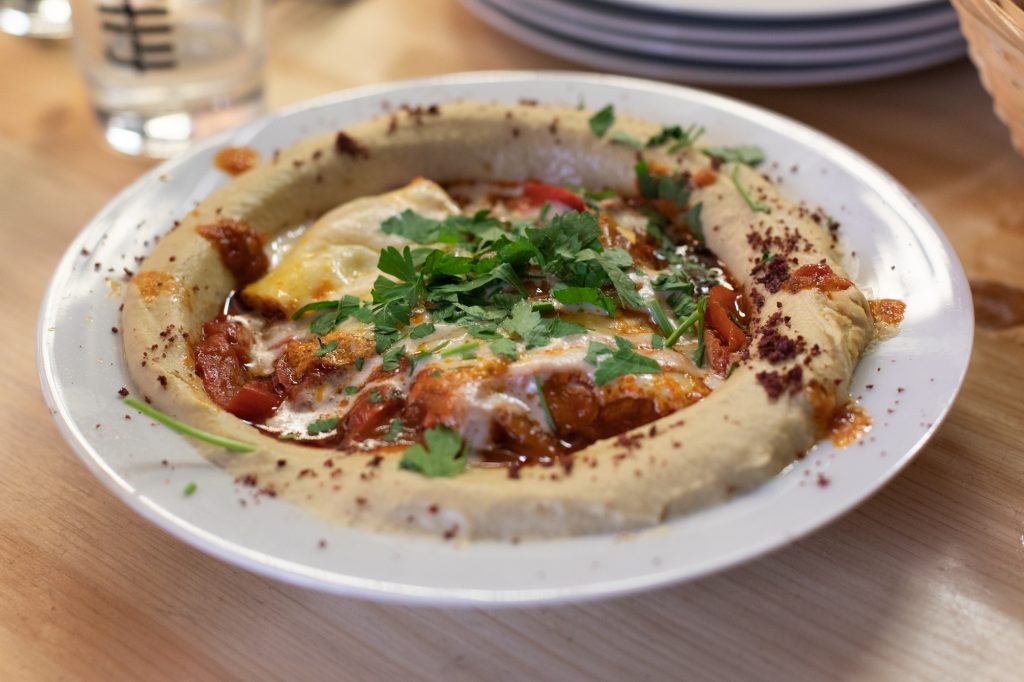 My first visit to Kanaan was also my first time eating hummshuka, a dish which perfectly illustrates the ‘it’s better together’ principle. The hummshuka like Kanaan is a blend of cultures: the hummus is made to Jalil’s family recipe and then topped with Oz’s grandmother’s shaksuka. I’m a big fan of both hummus and shakshuka and I was blown away by the hummshuka in Kanaan, which is indeed more than the sum of its parts. 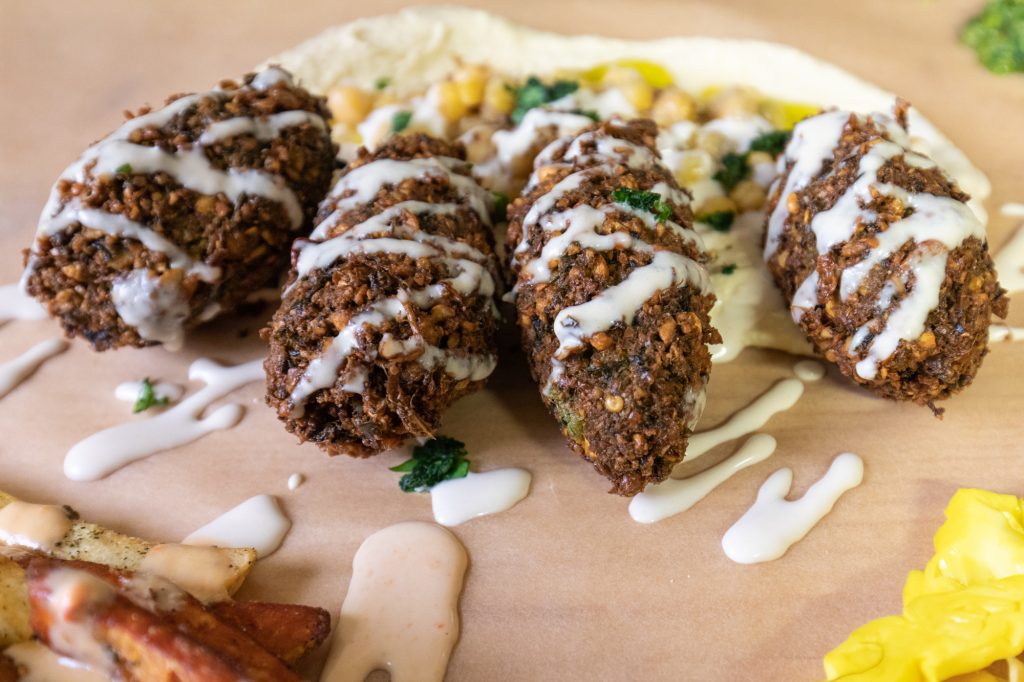 The falafel at Kanaan is another highlight – crispy on the outside and perfectly soft and fluffy on the inside – but I’m yet to eat anything here that I haven’t thoroughly enjoyed. In fact the only thing I’ve been disappointed by was the homemade lemonade, which I have to point out Gilly couldn’t get enough of when I went with him recently.

The restaurant has undergone plenty of changes over the years and has sadly lost a little of the shabby charm of its original incarnation but obviously more indoor space (which I think will still be at a premium, especially in winter) was needed to meet customer demand. There’s still plenty of seating out in the garden for the summer months though. 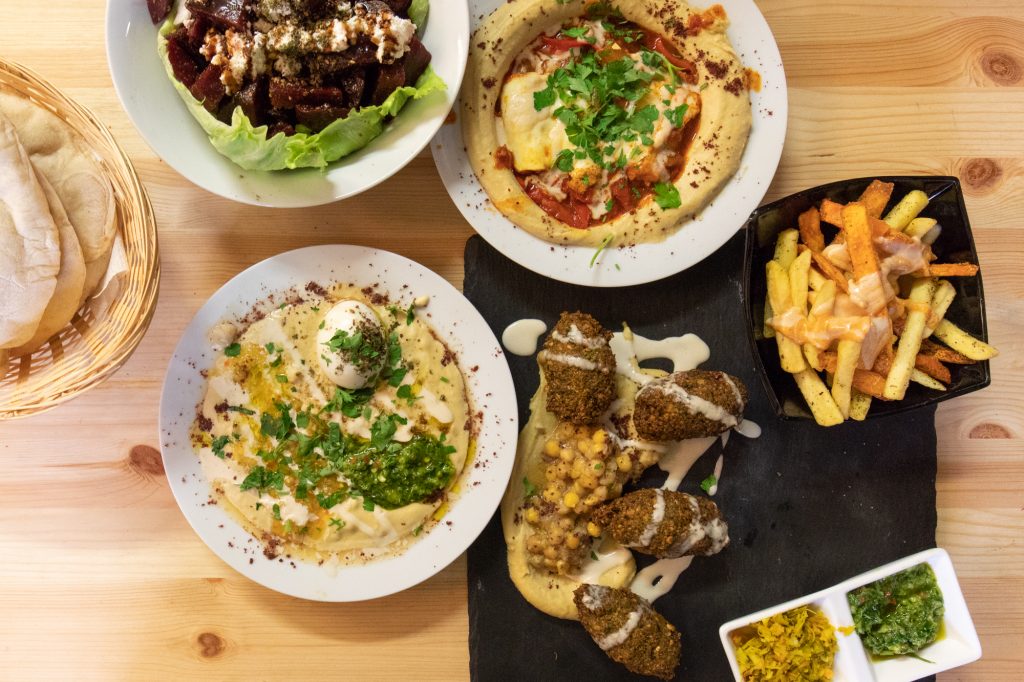 The important thing is that the food is as good as ever. Claiming to have ‘the best hummus in town’ is a bold statement, given the number and quality of Arabic dining options in Berlin but I have to say, it’s as good as anything I’ve had to date ; but I can’t claim to be an expert so you should try it yourself. I recommend going with friends so you can sample as much of the menu as possible in one glorious feast, the way it is intended; and it makes sense to reserve a table – check the latest opening times on Facebook.