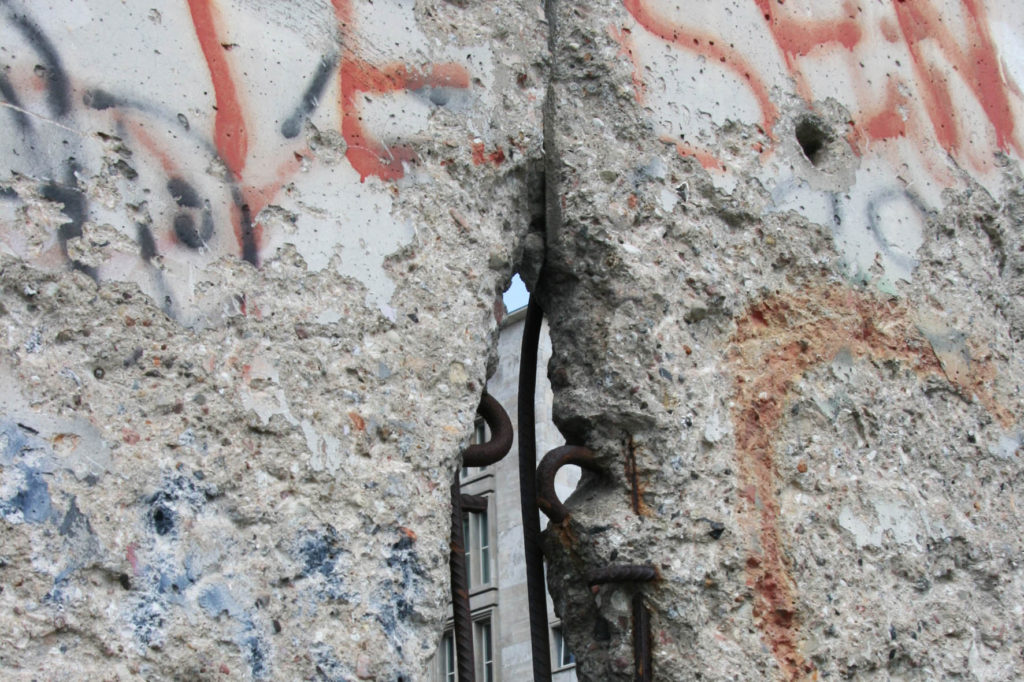 People who are unused to medical treatment in Germany are often shocked when the doctor prescribes nothing stronger than tea for a cold or even asthma but just imagine you were told to drink the Berlin Wall homeopathic remedy.

There are practitioners of homeopathic medicine who believe that drinking a solution made with the crushed concrete of the Berlin wall can cure physical symptoms including asthma, headaches and insomnia resulting from depression, grief or oppression among other things.

For those unfamiliar with homeopathy, the NHS Choices website has the following definition:

Homeopathy is a complementary or alternative medicine (CAM).  This means that homeopathy is different in important ways from treatments that are part of conventional Western medicine.

A central principle of the “treatment” is that “like cures like” – that a substance that causes certain symptoms can also help to remove those symptoms.  A second central principle is based around a process of dilution and shaking, called succussion.

Practitioners believe that the more a substance is diluted in this way, the greater its power to treat symptoms.  Many homeopathic remedies consist of substances that have been diluted many times in water until there is none or almost none of the original substance left.

Homeopathy is based on treatments developed by the German physician Samuel Hahnemann in the late 18th century.  Science has moved on since Hahnemann’s day and studies carried out are sceptical about his teachings:

There have been several reviews of the scientific evidence on the effectiveness of homeopathy.  The House of Commons Science and Technology Committee said there is no evidence that homeopathy is effective as a treatment for any health condition.

Despite this lack of conclusive evidence there are plenty who believe in homeopathy and getting your hands on a Berlin Wall homeopathic remedy doesn’t come cheap.  I found a shop (coincidentally based in Tunbridge Wells, where I lived before Berlin) selling Berlin Wall in several forms, sizes and potencies and here’s a random look at the prices. 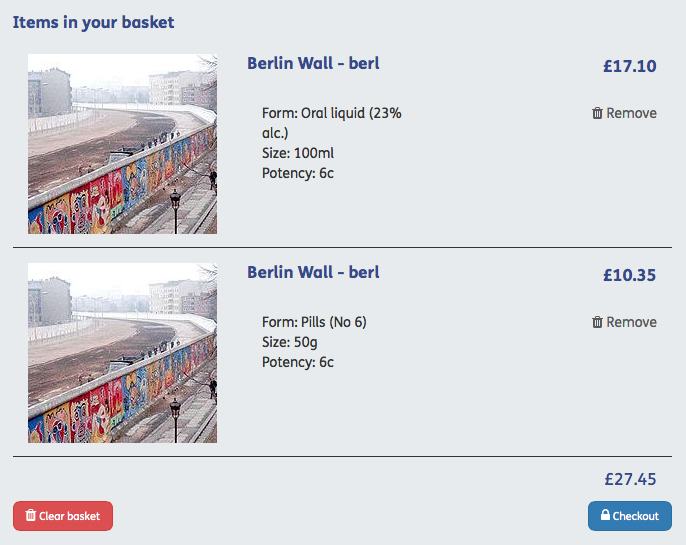 So next time you’re suffering with a headache, instead of reaching for the Ibuprofen, will you be pulverising that chunk of the Berlin wall you got on your first visit and chugging it down in a glass of water?