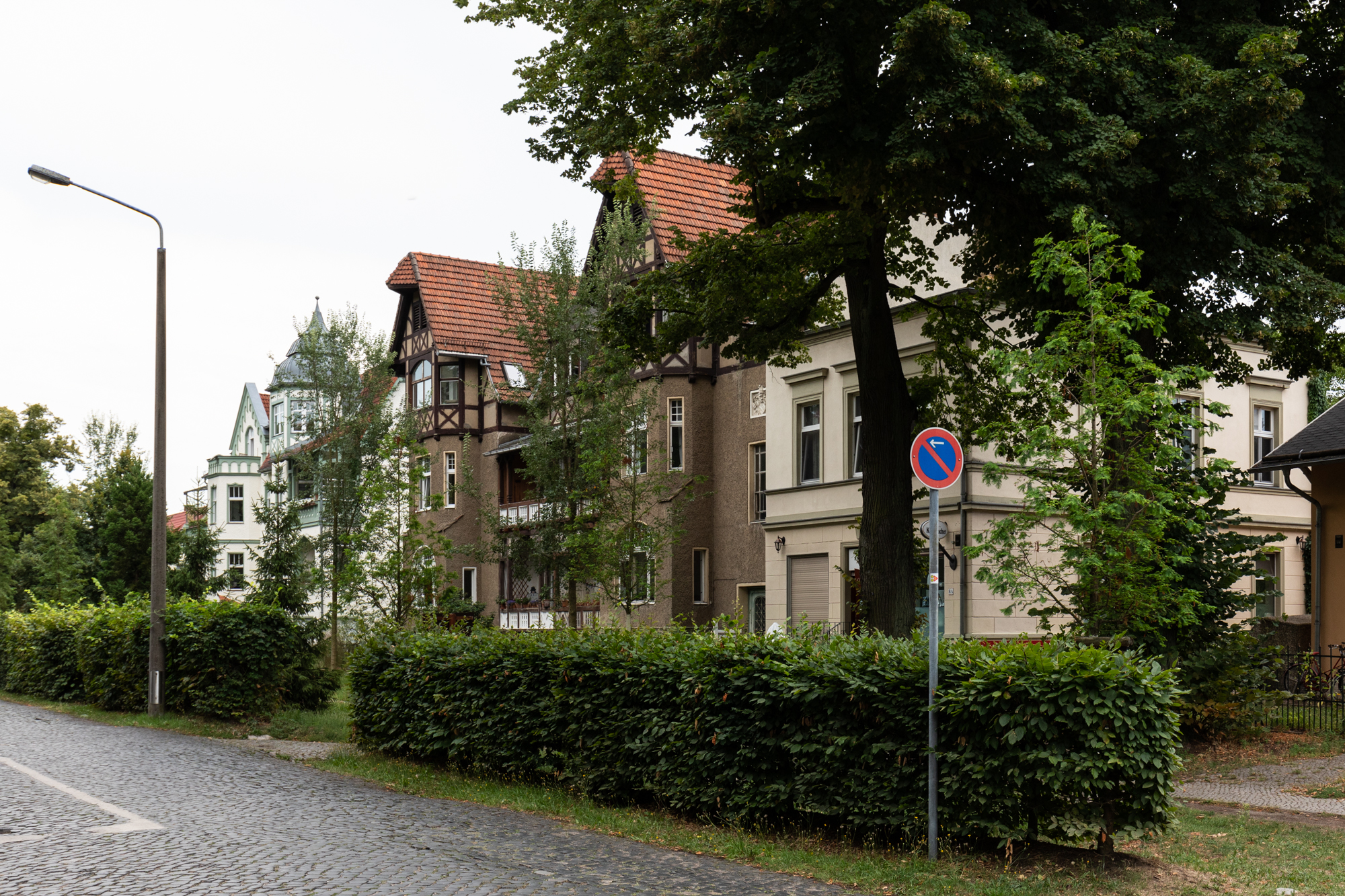 With its grand villas, alpine chalet-style houses, waterside views, and cobbled streets, Klein Glienicke is a charming village, popular with day-trippers. But for 28 years this idyllic settlement on the Potsdam border was an East German enclave separated from West Berlin by the Berlin Wall and only accessible with special permission. 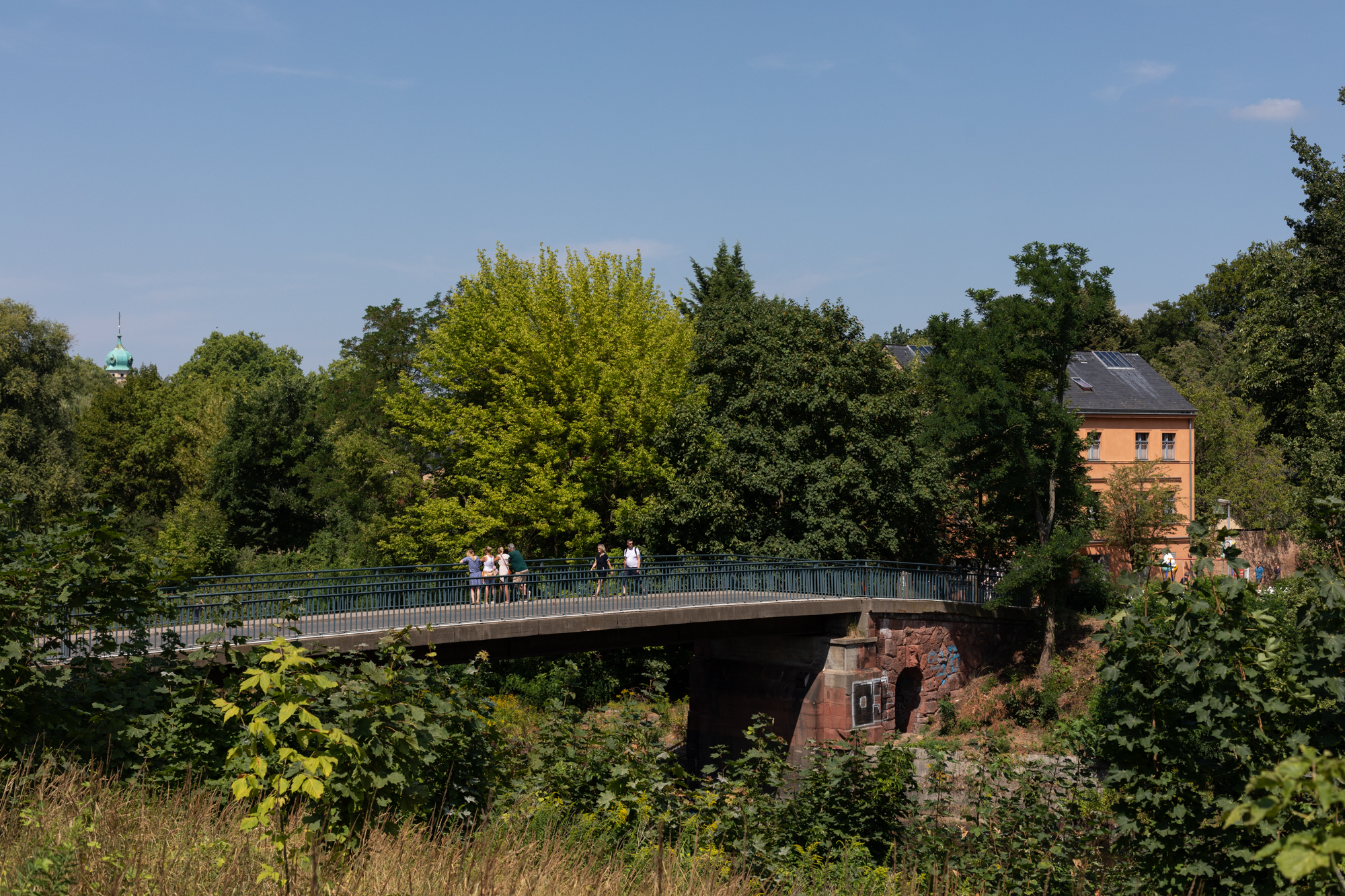 The quirks of Klein Glienicke’s geographical borders sealed the village’s fate as an enclave when the German Democratic Republic was established on 7 October 1949. The first fences and barbed wire appeared in the 1950s but these new border fortifications were largely symbolic – a signal to the West that this was East German territory. Though strictly speaking not allowed, residents simply hopped over the barriers as and when they pleased.

Life in Klein Glienicke and the freedom to come and go changed drastically on the 13 August 1961 when the East German government erected its anti-fascist protection barrier, or what is more commonly referred to as the Berlin Wall. Overnight, the borders were fortified and for the first time, residents were prevented from entering the waters of the Teltowkanal. 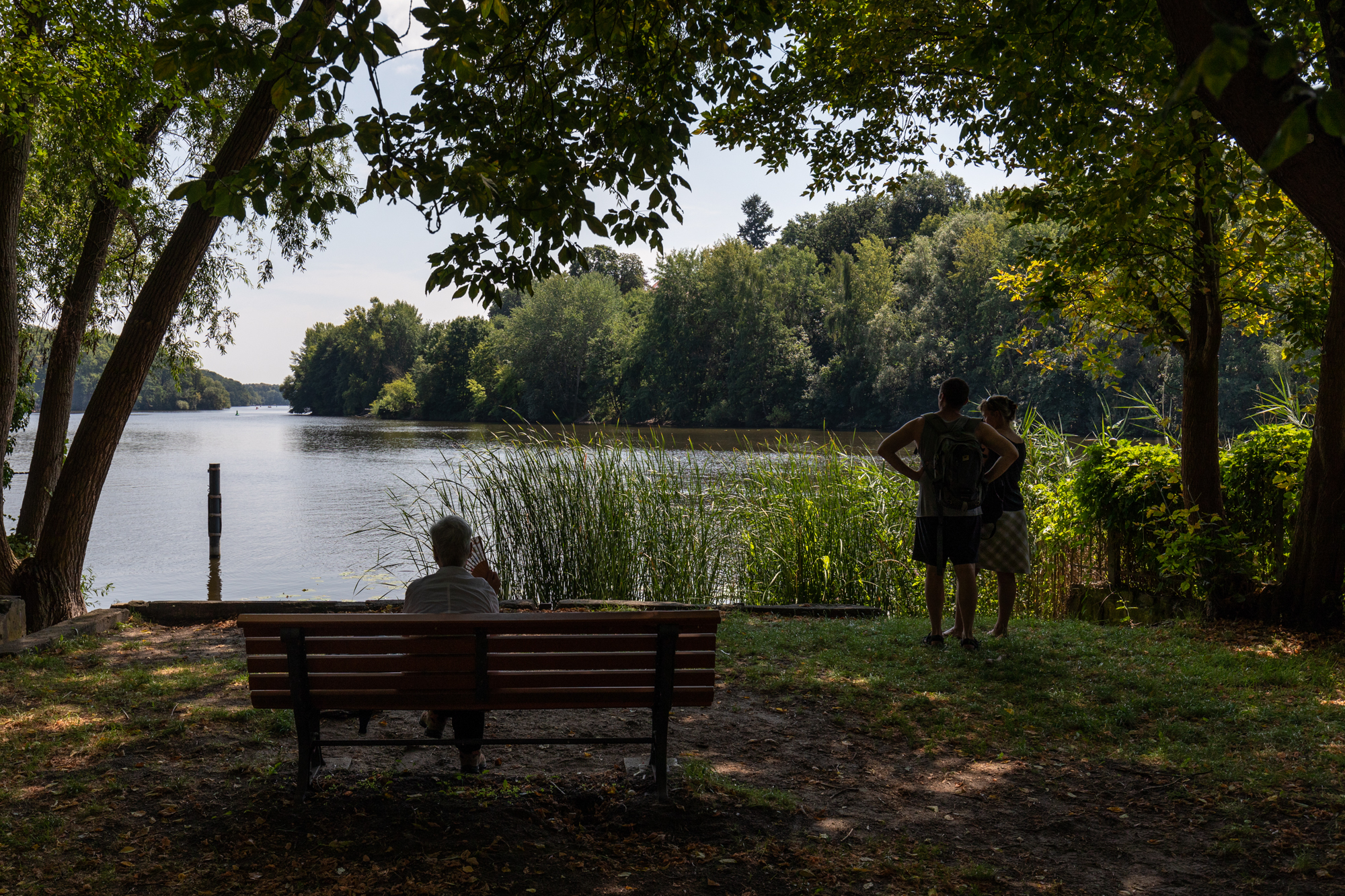 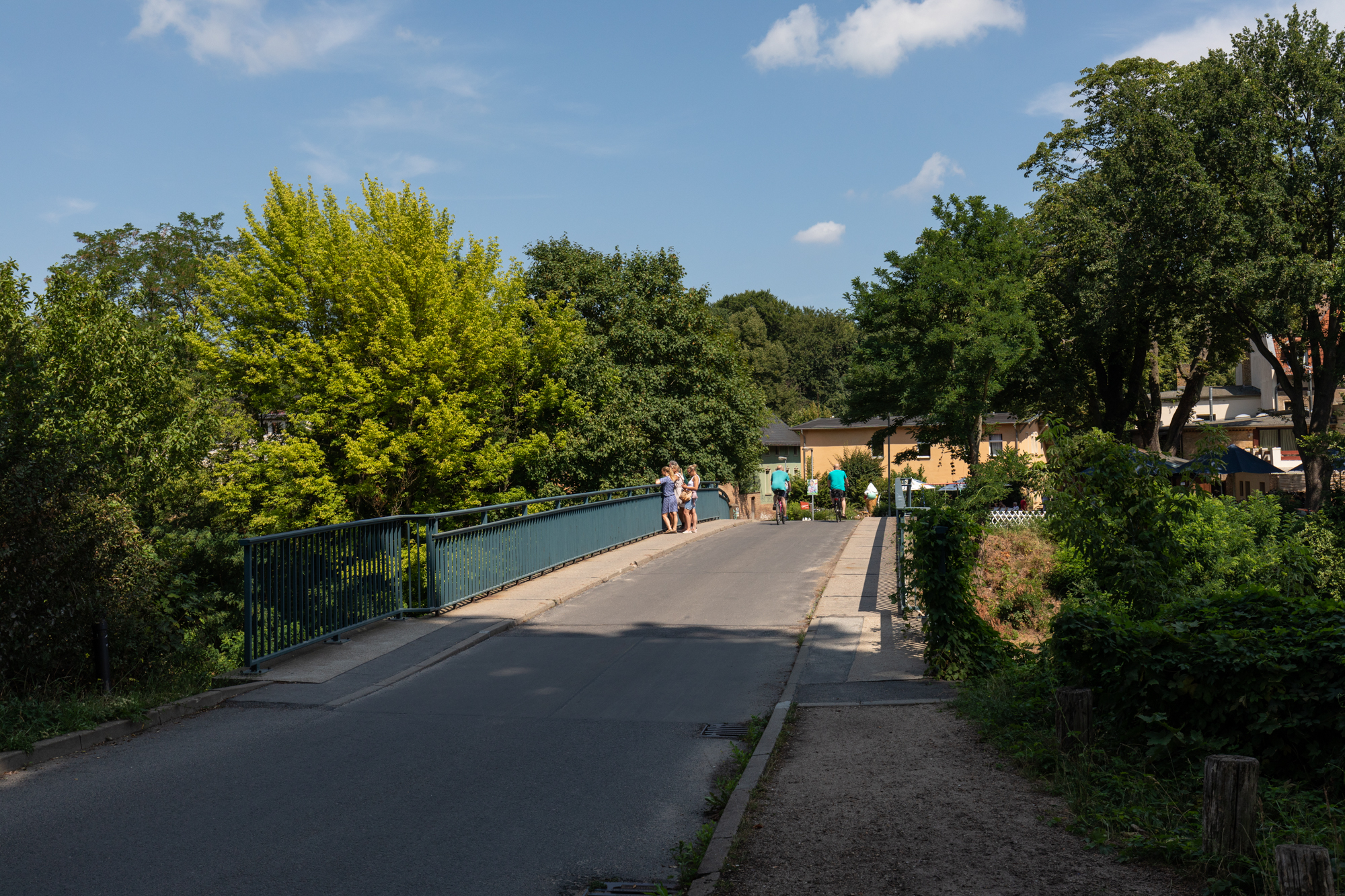 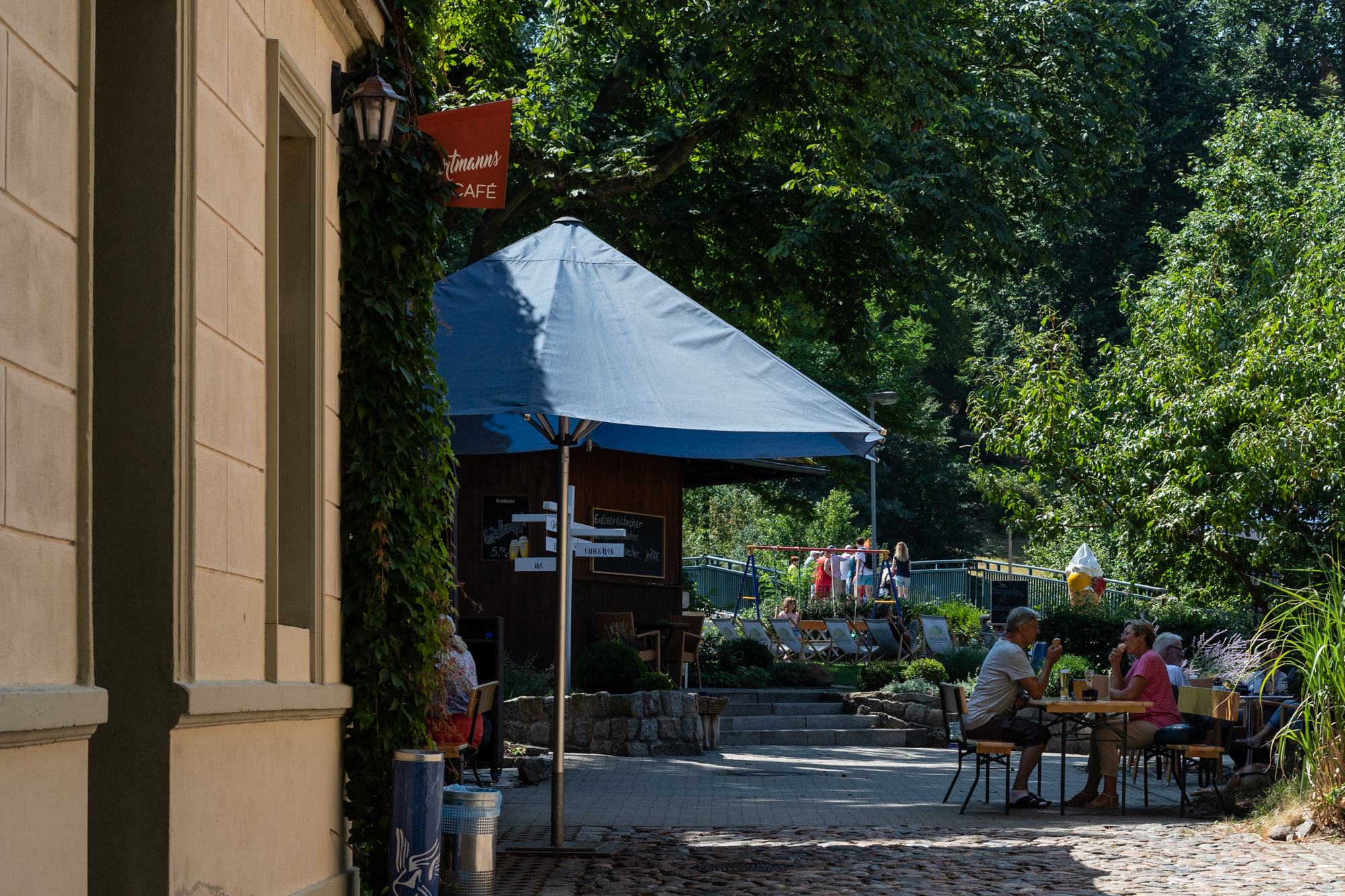 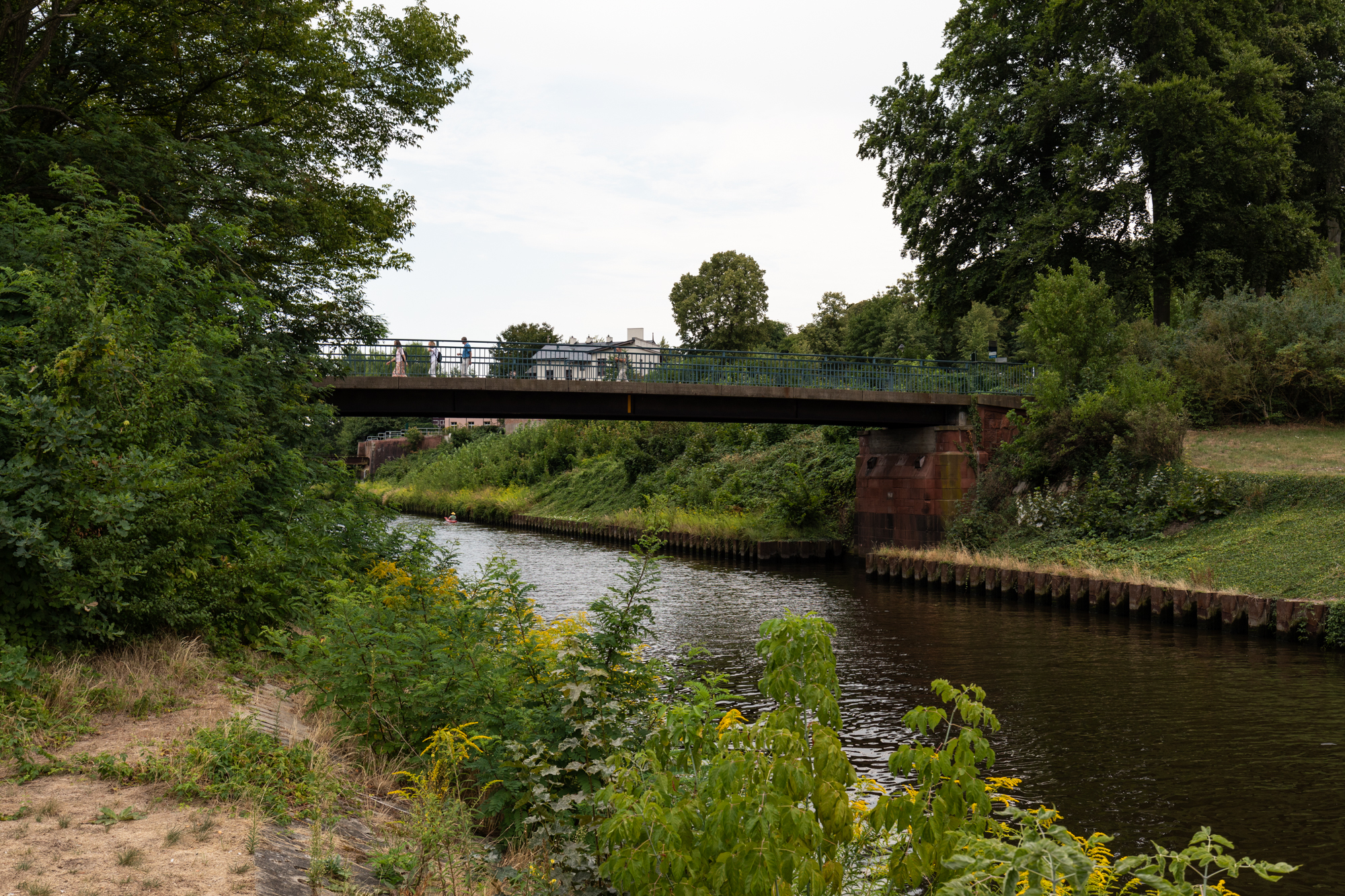 Almost entirely encircled by the wall, Klein Glienicke was now only accessible via a narrow bridge over the water between between Glienicker Lake and Griebnitzsee near the Glienicker Brücke – later famous as the Bridge of Spies. The road crossing from Park Babelsberg was rigorously controlled – in time a barrier blocked the road, only raised by the guards stationed in a watchtower at the edge of the bridge when identity papers had been scrutinised. The village was considered a Sondersicherheitszone (special security zone). Only the approximately 500 residents and those with a special permit were allowed to pass.

It was in 1965 that the first concrete walls were erected here, replacing some of the fences and barbed wire at what was the narrowest point of the GDR – just 15m from wall to wall in places. Its distinctive shape earned Klein Glienicke the nickname ‘Blinddarm der DDR’ (the appendix of the GDR). 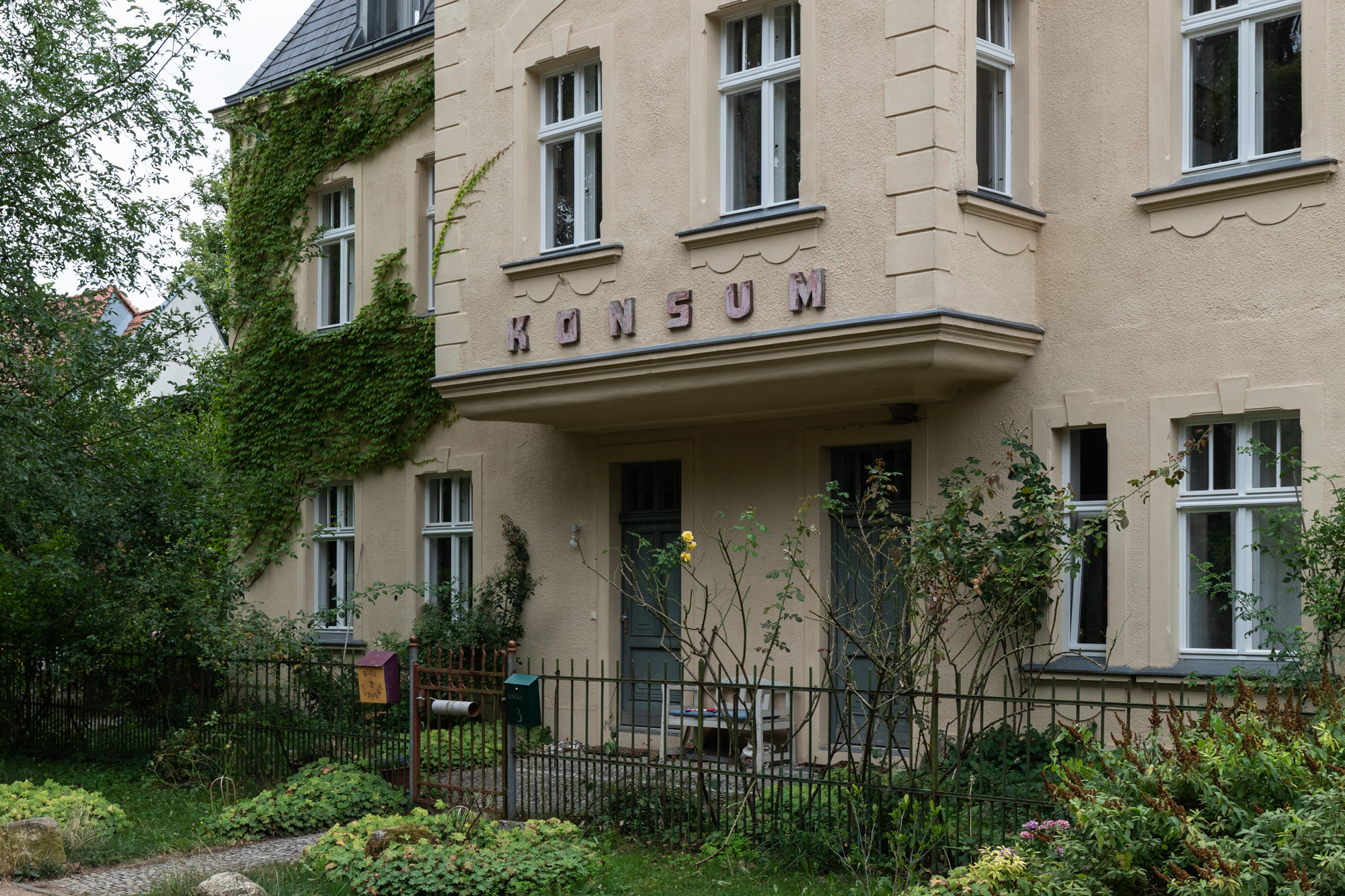 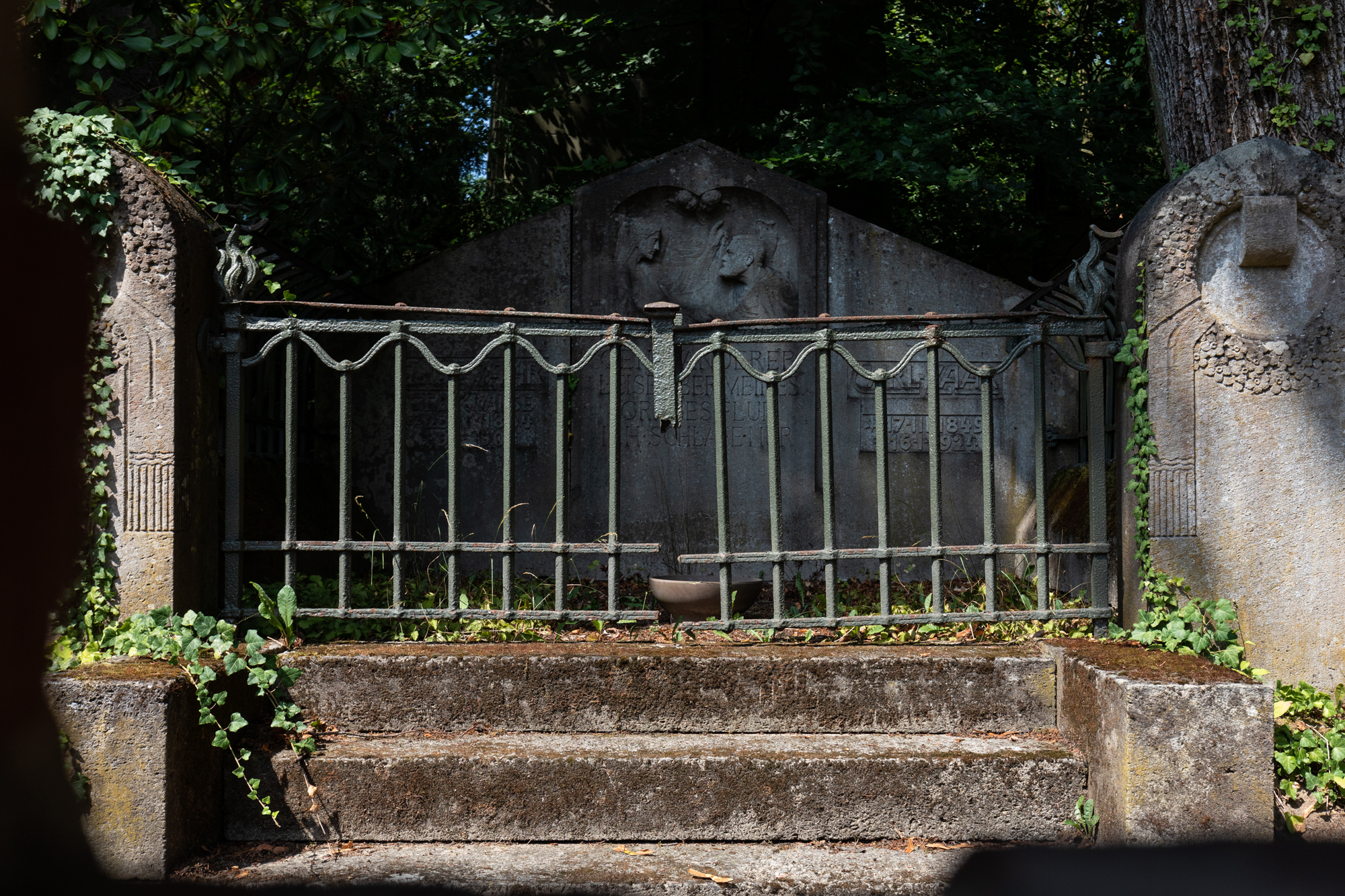 In 1982, even the bridge was ‘walled in’ to prevent potential escapees jumping onto a boat passing under it, when the Teltowkanal was re-opened to water traffic from the West.

Strolling around Klein Glienicke today it is difficult to imagine just how oppressive being surrounded by concrete was, a sensation that lead to psychological problems for some residents. Gitta Heinrich, a former school teacher, who grew up and lived in Klein Glienicke until 1980, when she moved to neighbouring Babelsberg, was diagnosed with ‘wall sickness’. 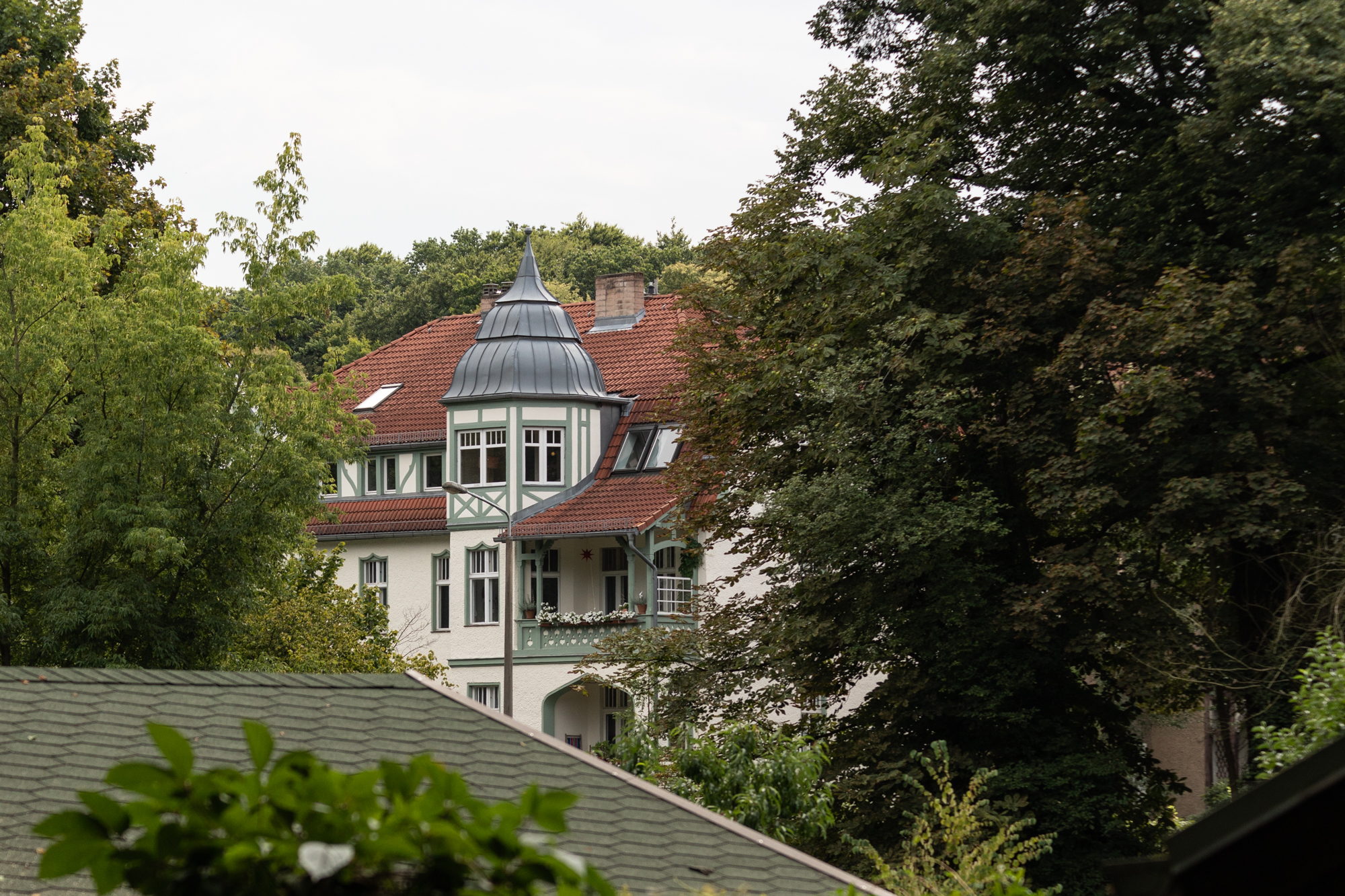 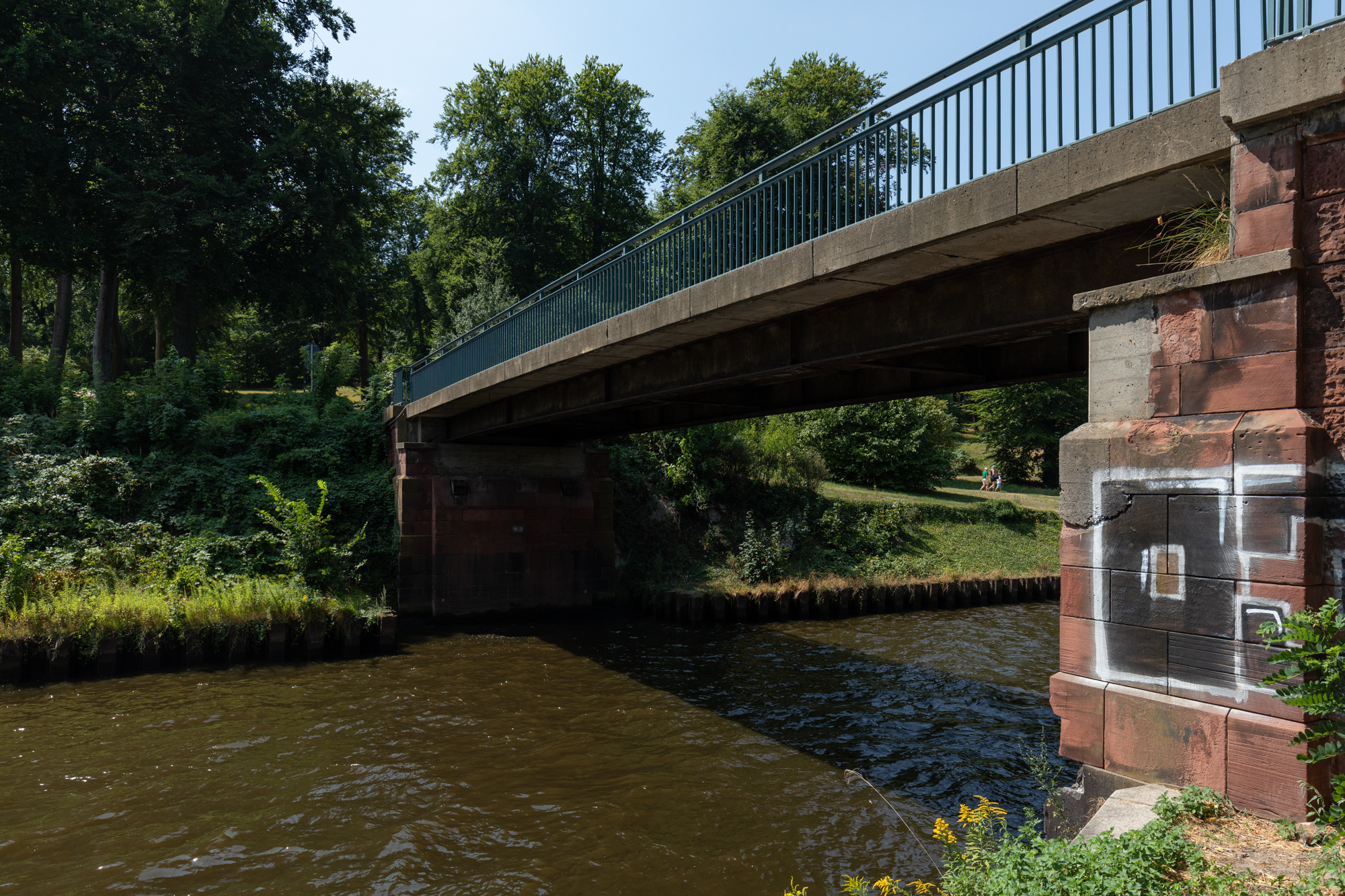 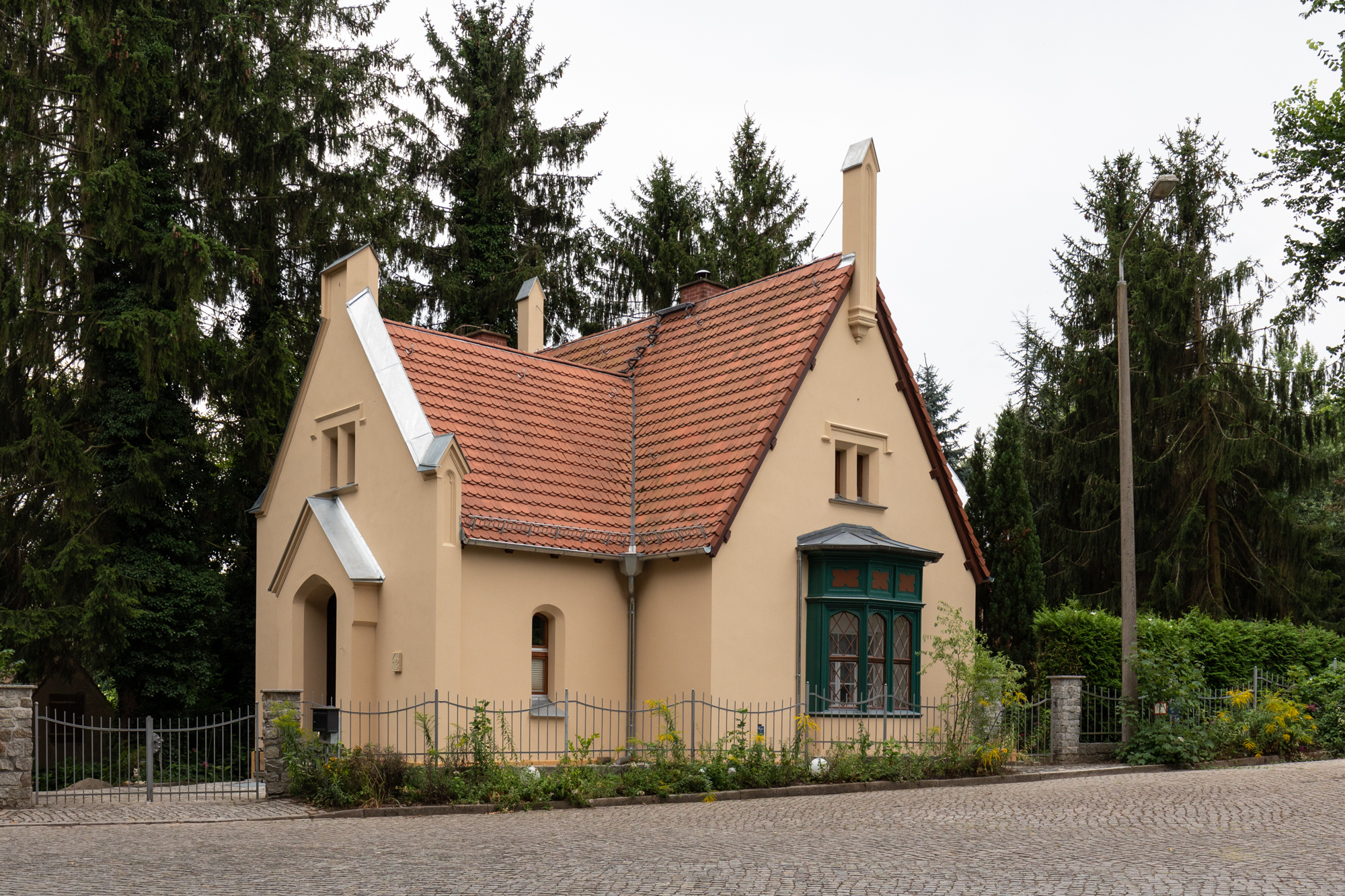 The condition was first identified by Dr Dietfried Mueller-Hegemann, a respected specialist in psychiatry and neurology, during his time working in an East Berlin mental facility. Dr Mueller-Hegemann, who was Director of the Wilhelm Griesinger psychiatric hospital from 1965 until he himself fled to the West in 1971, observed at least 100 cases in the 1,600-bed hospital. In 1973 he published Die Berliner Mauer-Krankheit, in which he presented 37 detailed case studies on patients with a range of symptoms including severe claustrophobia, depression, persecution complexes, alcoholism and attempted suicide, which he attributed to “the very depressing life situation after 13 August 1961”.

As well as the tight restrictions on their movements, residents in Klein Glienicke were subjected to regular visits from border guards, who could arrive at any time, day or night, to check cellars and make sure ladders were locked up securely. Despite these regular checks there were some notable escapes. 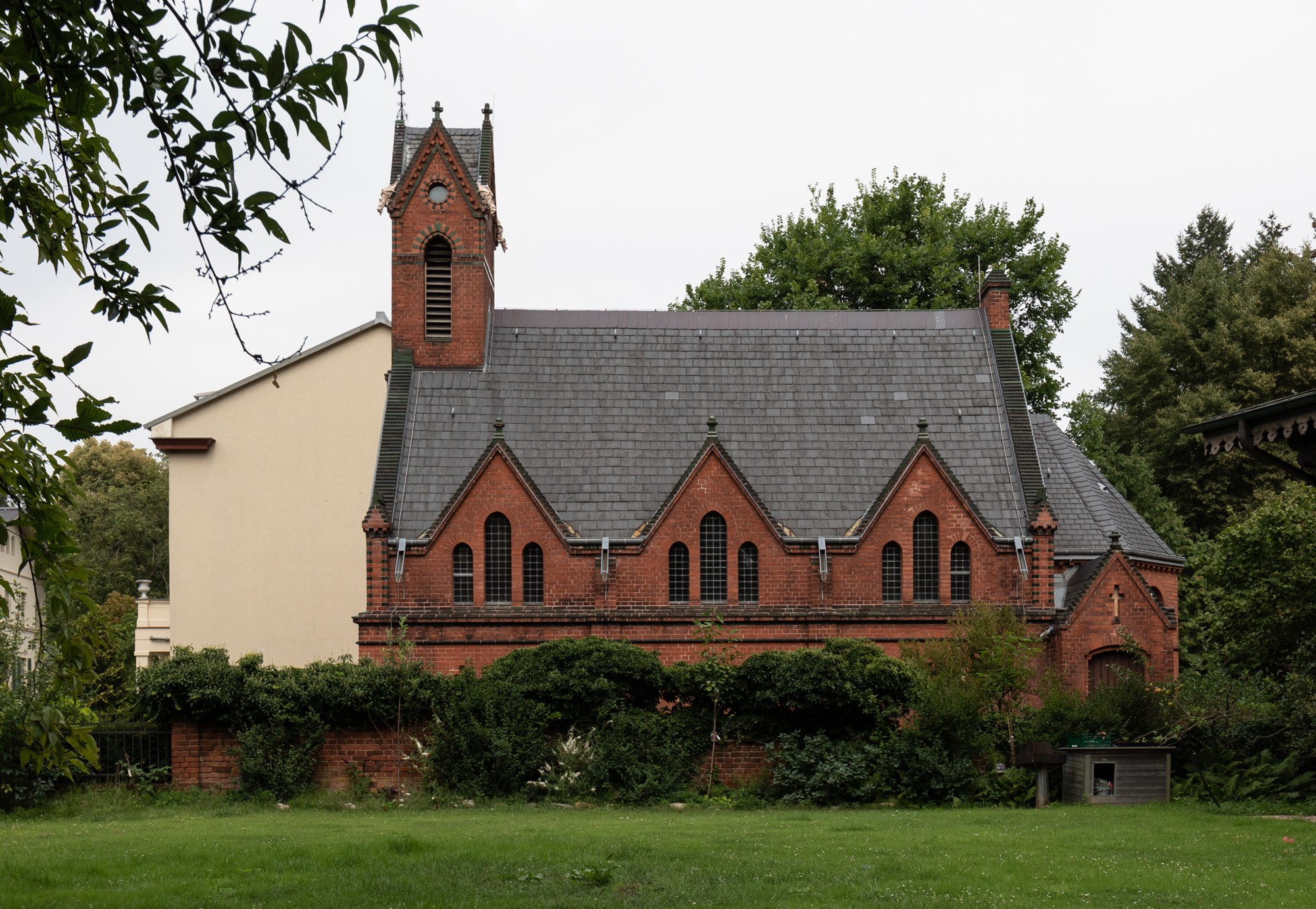 In May 1965, two of the three workers carrying out repairs on the roof of the Chapel and Vicarage, disarmed the guard who was watching over them and climbed a ladder over the wall and escaped into the forest in Zehlendorf. In July 1973 two brothers, their wives and five children crawled through a 19m-long tunnel from the cellar of the house of Waldmüllerstraße 1 into the grounds of the Jagdschloss Glienicke and fled. 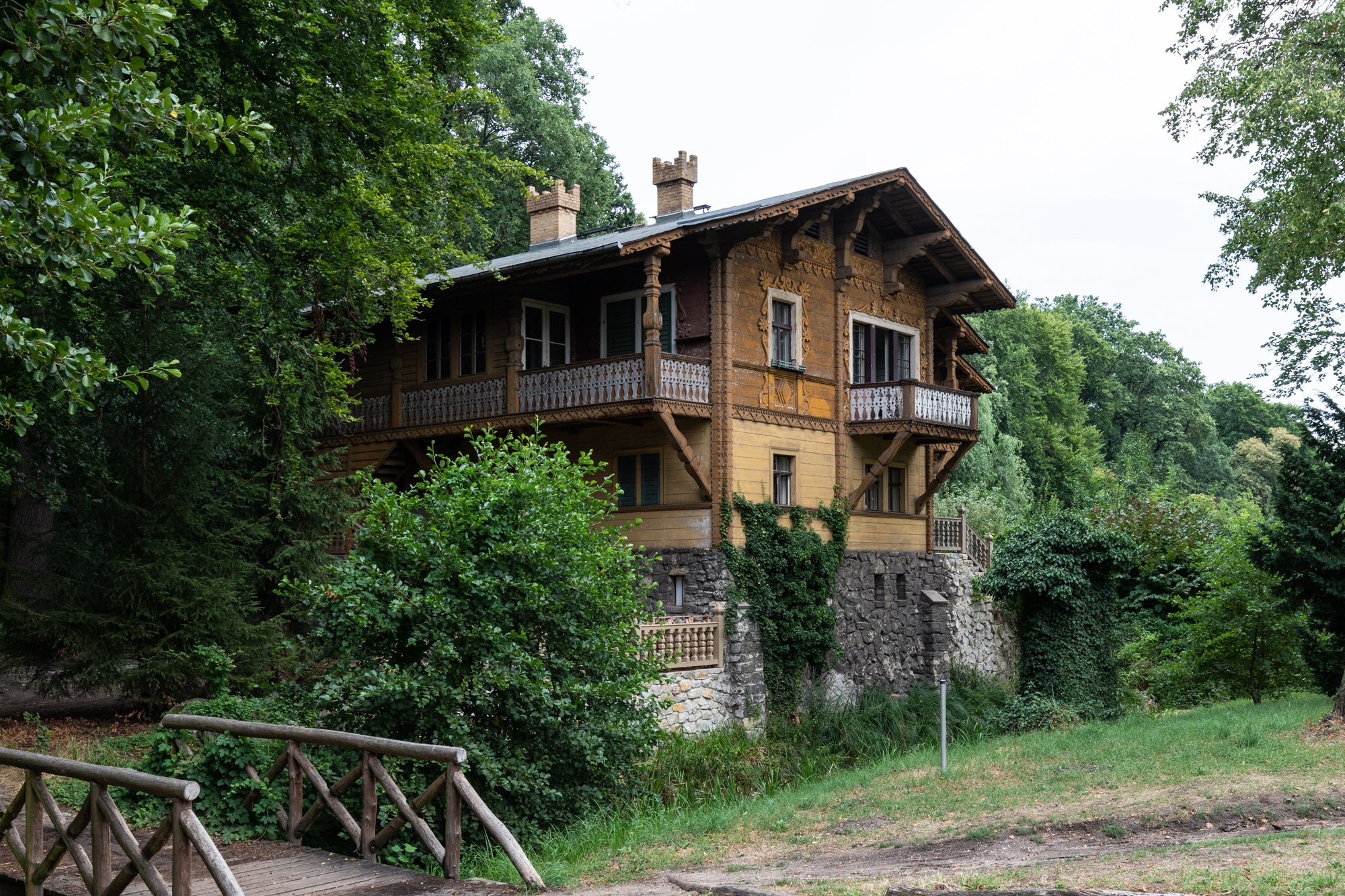 After the fall of the Berlin Wall, East Germans from Potsdam and West Berliners were equally eager to get a look at the appendix of the GDR, curious about the village that had been walled in for so many years. Thanks to the many charming features – like the Swiss houses (unfortunately only 4 of the 10 houses built by Prince Charles of Prussia between 1863 and 1867 survived the cold war), part of the UNESCO World Heritage Palaces and Parks of Potsdam and Berlin since 1990 – Klein Glienicke remains popular with locals and tourists alike.