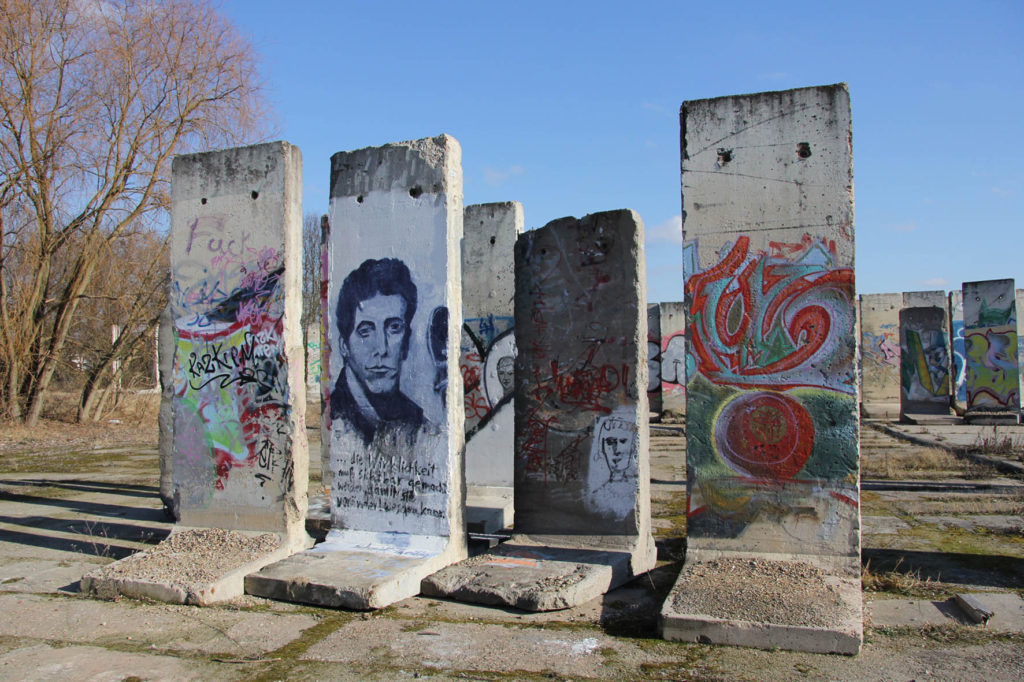 On a building site between Oderstraße and the Teltow canal, just over the Berlin border into Brandenburg, weeds and trees grow around a collection of wall sections, like some kind of Berlin wall graveyard.

In 1991, the NVA (Nationale Volksarmee) the National People’s Army of East Germany was tasked with dismantling and disposing of the Berlin wall and hundreds of sections were sold into private hands.

Berlin at this time was in the midst of a massive building boom and much of the wall was broken down and used as gravel or hardcore for the city’s new streets and building projects.

The Klösters Baustoffwerke bought a job lot of the 3.6m high and 1.2m wide concrete sections to be used on their land in Teltow to create boxes to store sand and other building materials.

For some parts of the Berlin wall this may have felt like coming home.  The land on which they were placed was previously occupied by the VEB Betwonwerke Teltow, a state run cement company in East Germany, that produced among other things Berlin wall sections. 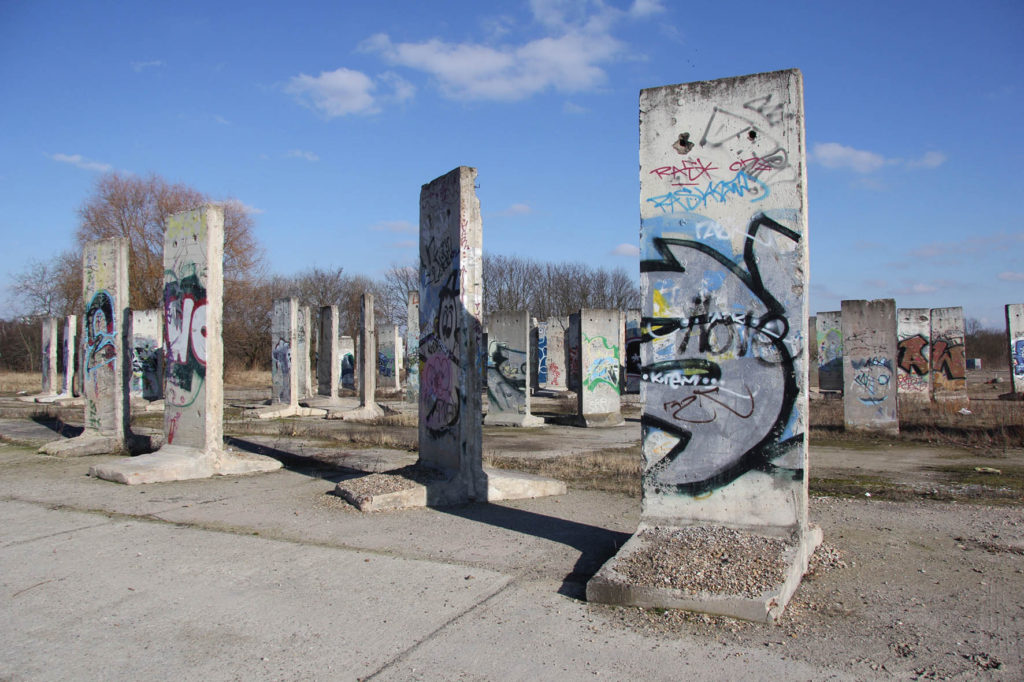 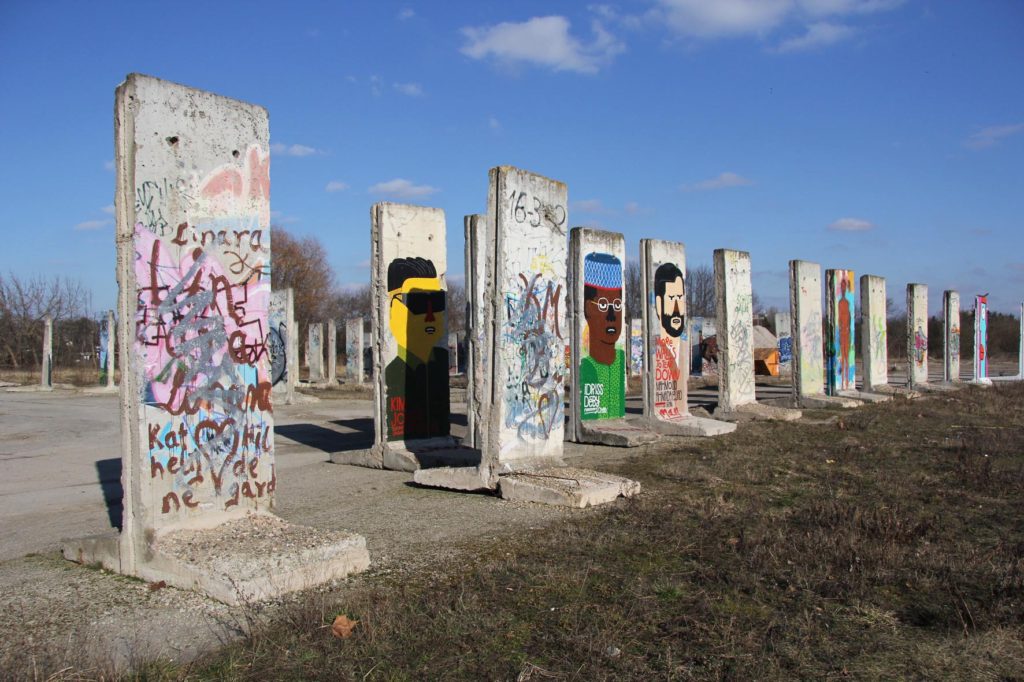 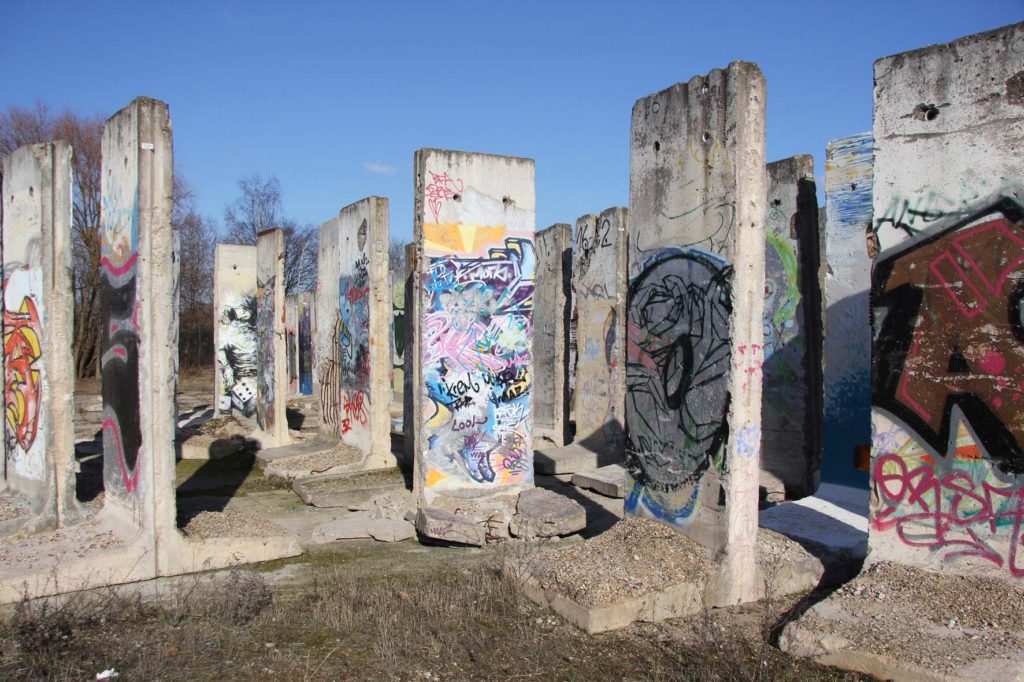 When the rate of construction in the city slowed (though the sky is still full of cranes in some neighbourhoods) the storage space was no longer needed and the wall sections were left in awkward groups seemingly discussing their future.

In 2009, Elmar Prost, the CEO at Klösters Baustoffwerke, proposed a new attraction, the Teltow Gallery, an out of town version of the East Side Gallery.

The idea didn’t gain traction so in 2012 he launched his own initiative to create artworks from the remaining wall sections.  Artists could register for the right to use the wall segment for 6 months free of charge.  Within that time they had the option to buy the piece for 500€ or 1/3 of the sell-on price if they found a buyer for their work. 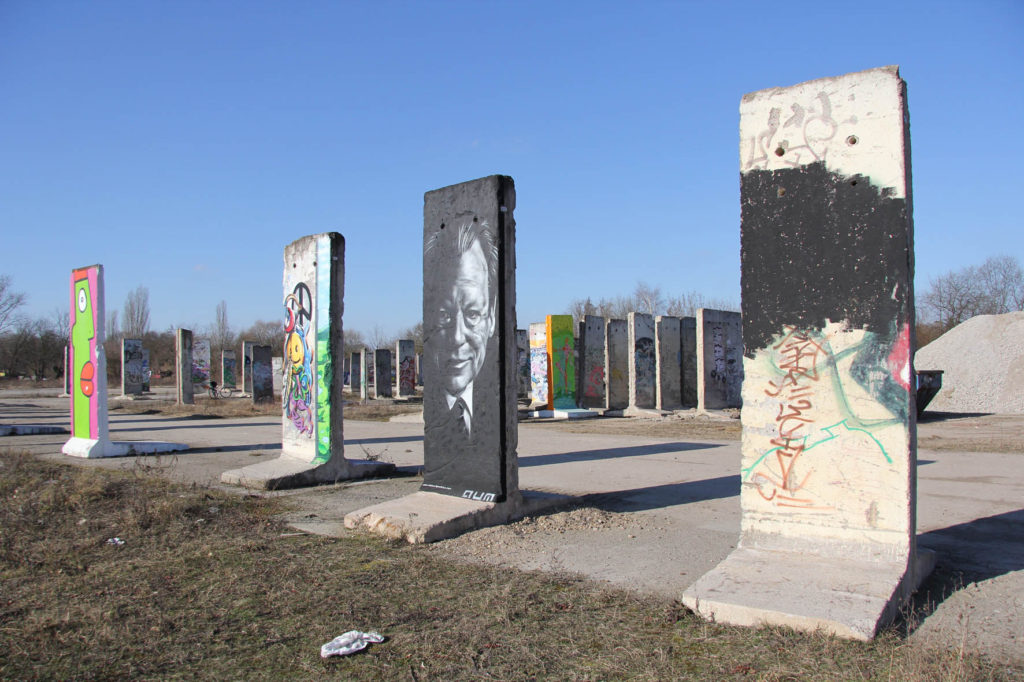 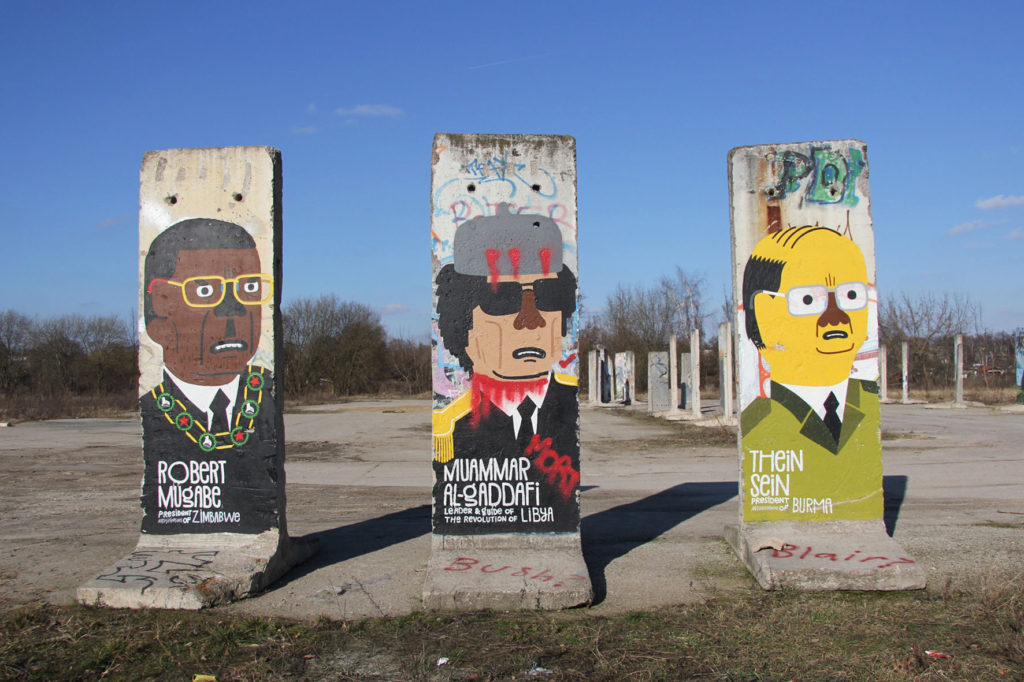 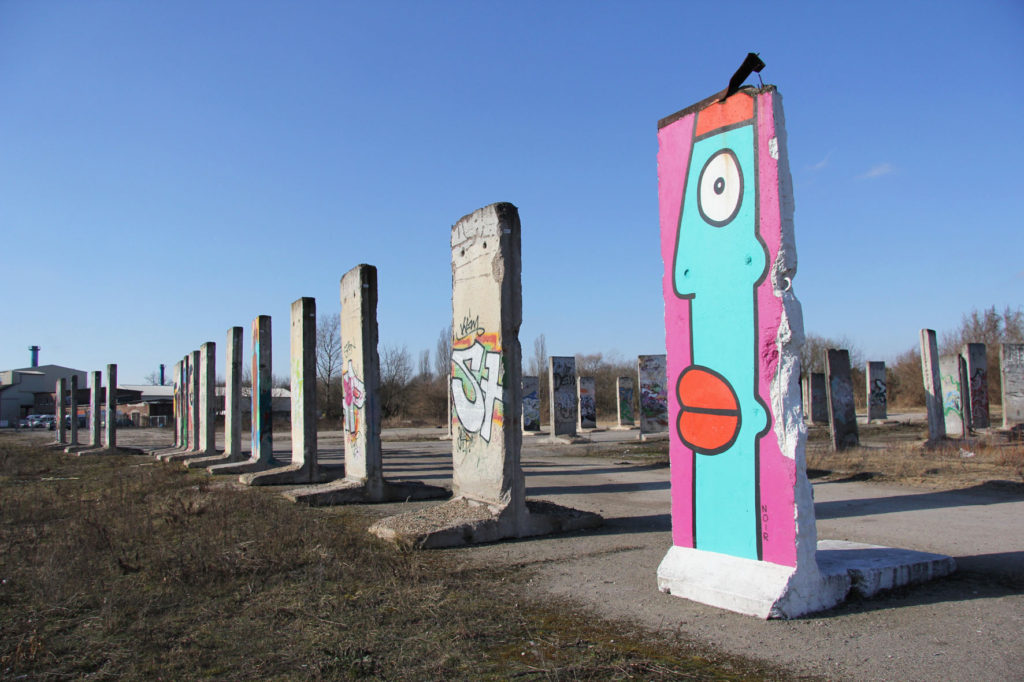 The action proved popular and Thierry Noir, one of the first artists to paint the wall, added some of his big-lipped faces and Spanish artist Victor Landeta painted portraits of Nelson Mandela, Willy Brandt, Albert Einstein and others.

Berlin wall artworks have been shipped to all corners of the globe. In March 2014, pieces of the Berlin wall from Teltow were sent to a unification-themed park in Uijeongbu, South Korea.  For more information on where to find the wall, I recommend The Wall Net, a project that tracks the remaining pieces of the Berlin Wall scattered around the world.  There is a handy interactive map on their website that allows you to hone in on locations of interest. 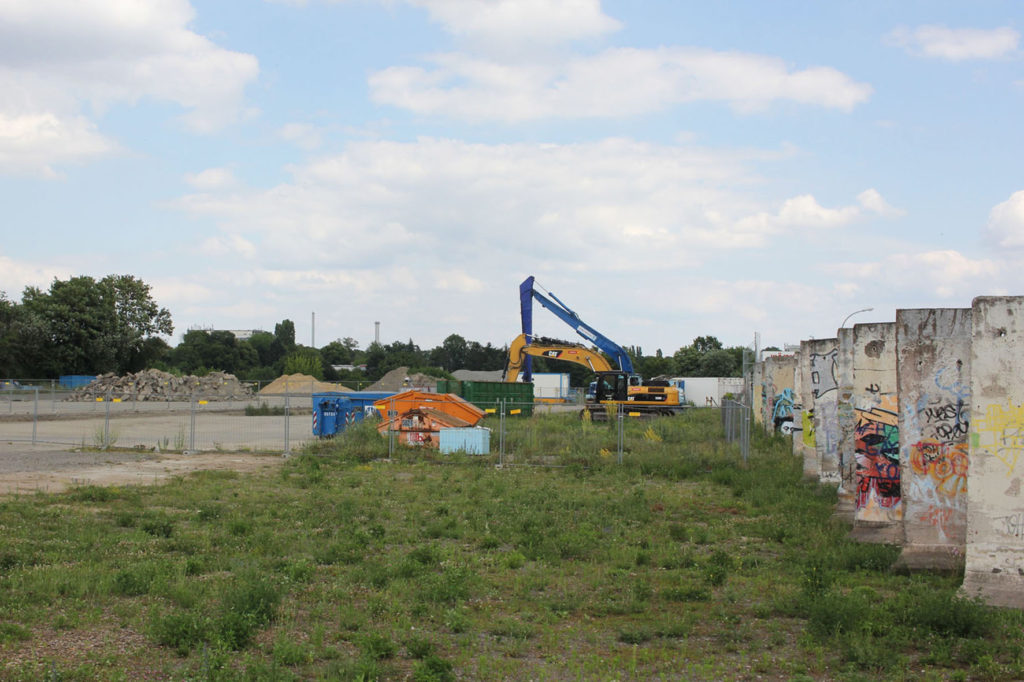 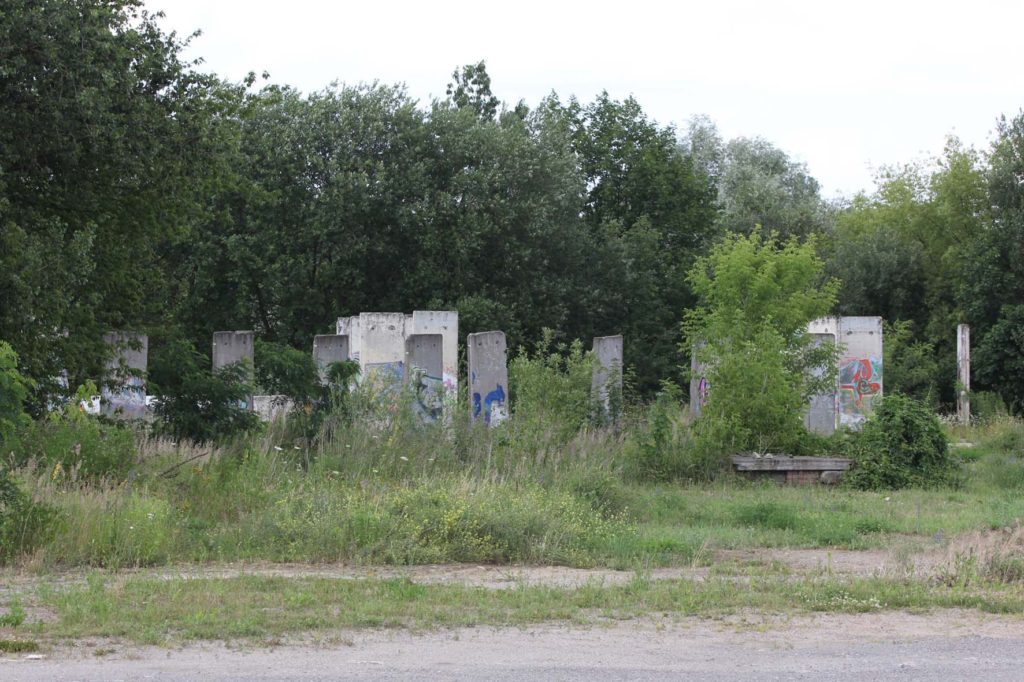 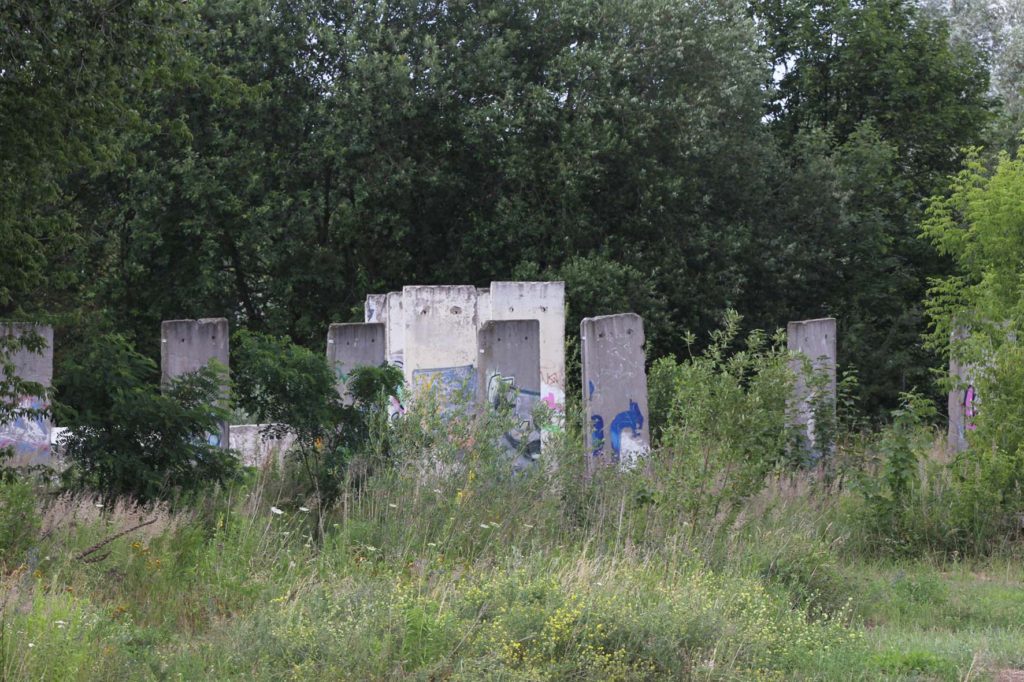 For now the future of the Berlin wall graveyard in Teltow is uncertain, as the land on which it stands is currently being developed as part of the Teltow Marina project.  For a more easily accessible view of the Berlin wall, with plenty of information about its construction and fall, I recommend visiting the Berlin Wall Memorial (Gedenkstätte Berliner Mauer).