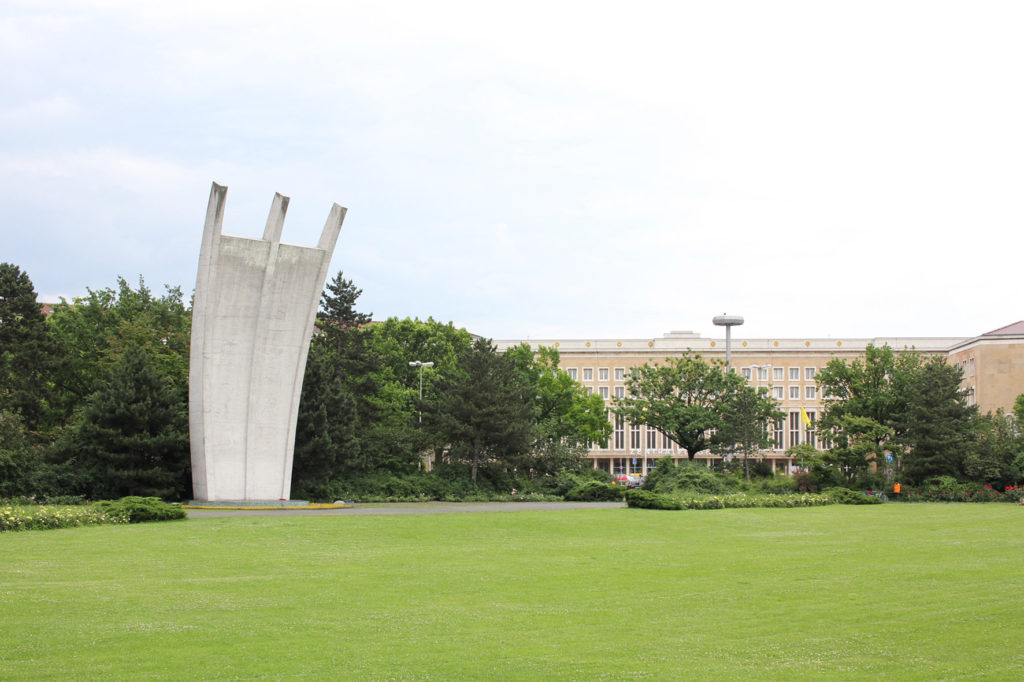 Looming over a small park on the Platz der Luftbrücke in Tempelhof, the Berlin Airlift Memorial (Luftbrückendenkmal) is dedicated to those who gave their lives to save the people of West Berlin during the Berlin Blockade.

On 24 June 1948, Stalin closed off all road and rail routes to Berlin in an attempt to starve the people and force the allied powers to give up West Berlin.  In response, the allies launched a massive aid effort and over the course of 11 months almost 278,000 flights flew in 2.3 million tonnes of goods.

For more information about the blockade and airlift I recommend watching the documentaries The Candy Bomber and The Story of a Great Achievement.

The Berlin Airlift Memorial, by the Bauhaus architect Eduard Ludwig, commemorates the service men and women who died thwarting Stalin’s plans to bring West Berlin to its knees.

Unveiled in 1951, the memorial is 20m of curved reinforced concrete with three prongs representing the three air corridors between West Germany and West Berlin used during the airlift.  Its appearance has earned it the nicknames Hungerharke (Hunger Rake) and Hungerkralle (Hunger Claw). 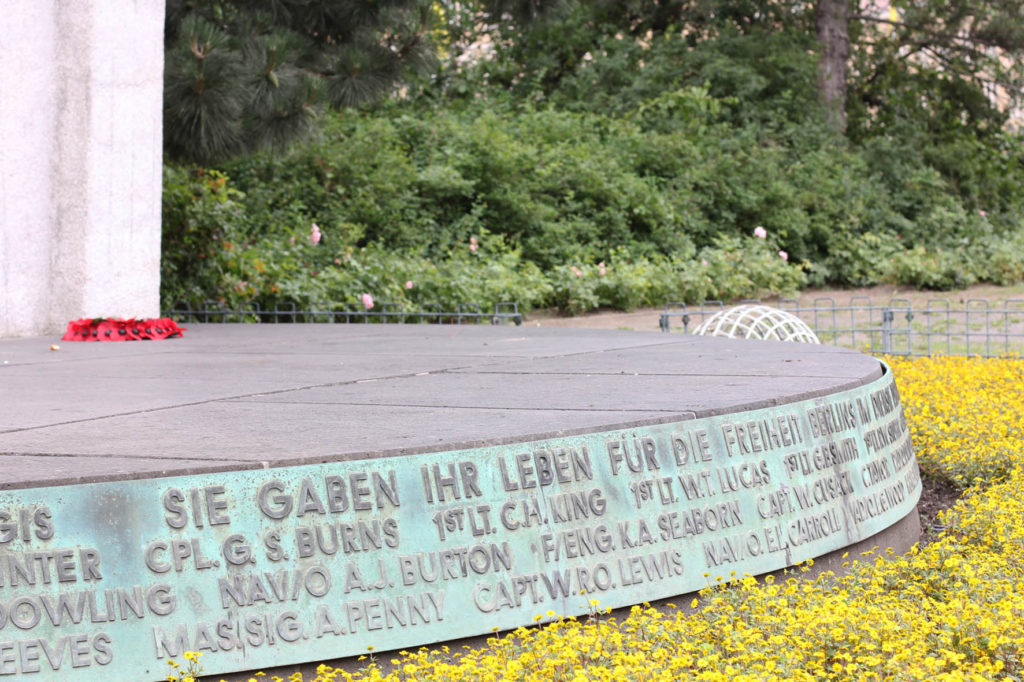 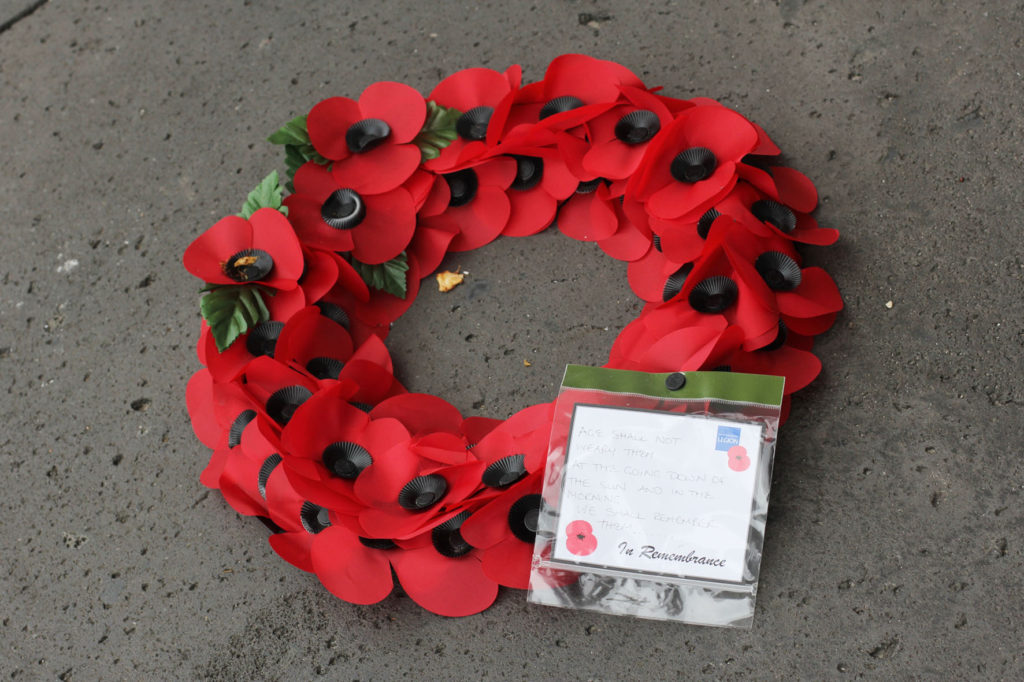 The names of the 78 who died are inscribed in brass on the base under the dedication, Sie gaben ihr Leben für die Freiheit Berlins im Dienste der Luftbrücke 1948/1949 (They gave their lives for the freedom of Berlin in service of the airlift).

When I visited to take some photos, a wreath had been placed at the base of the memorial. The card with it read:

This is a partial quote (with a minor error) from the Ode of Remembrance taken from the Laurence Binyon poem, For the Fallen, written to honour men lost in the First World War.

The Berlin Airlift Memorial (Luftbrückendenkmal) is in front of the main entrance to Tempelhof Airport, just yards from U-Bahnhof Platz der Luftbrücke.