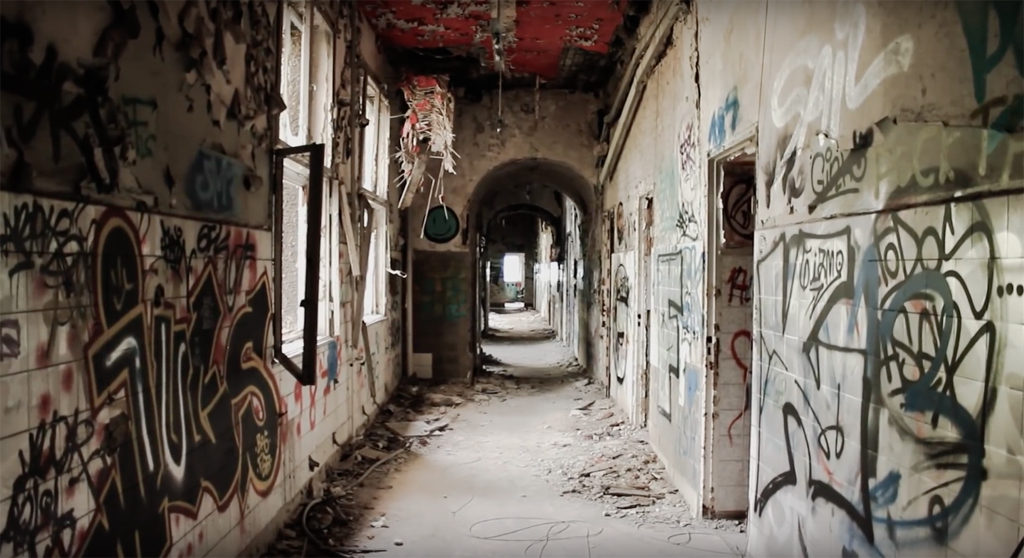 With Ciarán Fahey, author of the hugely popular Abandoned Berlin, as his guide, Jordi Busquets explores some of Berlin’s most popular urbex location for his documentary, also entitled, Abandoned Berlin.

Urbex (an abbreviation of urban exploration) is an increasingly popular hobby or pastime, as more and more people appreciate the beauty in decay and the intriguing histories of sites left to rot and ruin.

The documentary features: Spreepark, at one time the only amusement park in the DDR; Flugplatz Johannistal, Germany’s first airfield; the Zombie Hospital, or Säuglings- und Kinderkrankenhaus Weißensee to give it its proper title, a derelict Children’s hospital; Teufelsberg, a former NSA listening station; and Tempelhof Airport, whose runways now serve skateboarders and cyclists instead of pilots.

During his narration, Fahey, tells the story of his first urban exploration adventure at Spreepark and what drives him to visit and document such places.

He goes on to explain his rationale for revealing the locations of the abandoned sites he goes to, a stance that has brought him into conflict with some in the urban exploring community.

It’s obviously a waste of a building to have it just abandoned and you know rotting in the woods. It was actually one of the reasons why I decided to publicise locations was because I felt, you know, at least if people come along and they can take photos there and do what they want it’s not so much of a waste.

Berlin has more than its fair share of abandoned buildings, many of them former military bases or state run enterprises of the DDR.  If after watching Abandoned Berlin, you’re thinking of indulging in a bit of urban exploration you might like to check out the abandoned places I’ve visited.