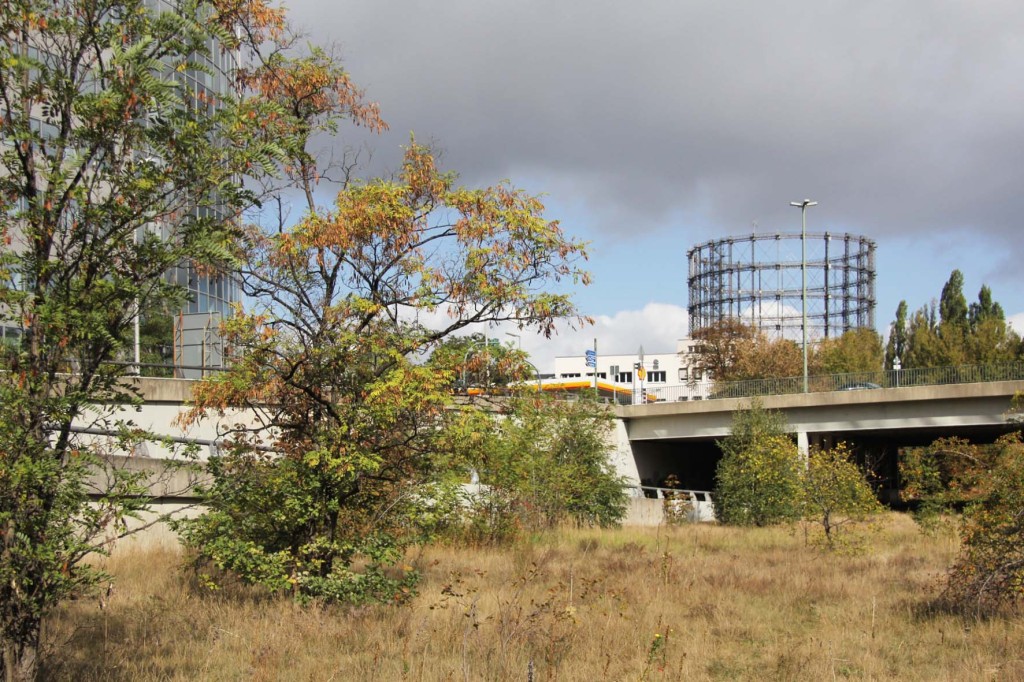 It should have been a fast route to the centre of Berlin but on an abandoned motorway extension under Sachsendamm in Schöneberg trees and grass are thriving.

In the 1965 Flächennutzungsplan (Land-use plan) (FNP65), echoing Albert Speer’s vision for Welthauptstadt Germania, planners in West Berlin included proposals to build North, South, East and West tangents that were to come together around the historical centre of Berlin.  The FNP65 was based on plans from the 1950s, before the Berlin Wall was built, and still reflected a concept for Berlin as a whole.

The use of cars in and around the city was on the increase and as was normal for the time, plans to ease congestion and reduce journey times focused on providing bigger, faster roads.

While improving road conditions is still an important part of town planning, it is more common now to explore alternative and more innovative transport solutions.

The so-called Westtangente was to speed traffic from the Berliner Ring (the motorway that encircles Berlin) in Zehlendorf in the south through Steglitz, Schöneberg and Tiergarten all the way to Wedding in the north. 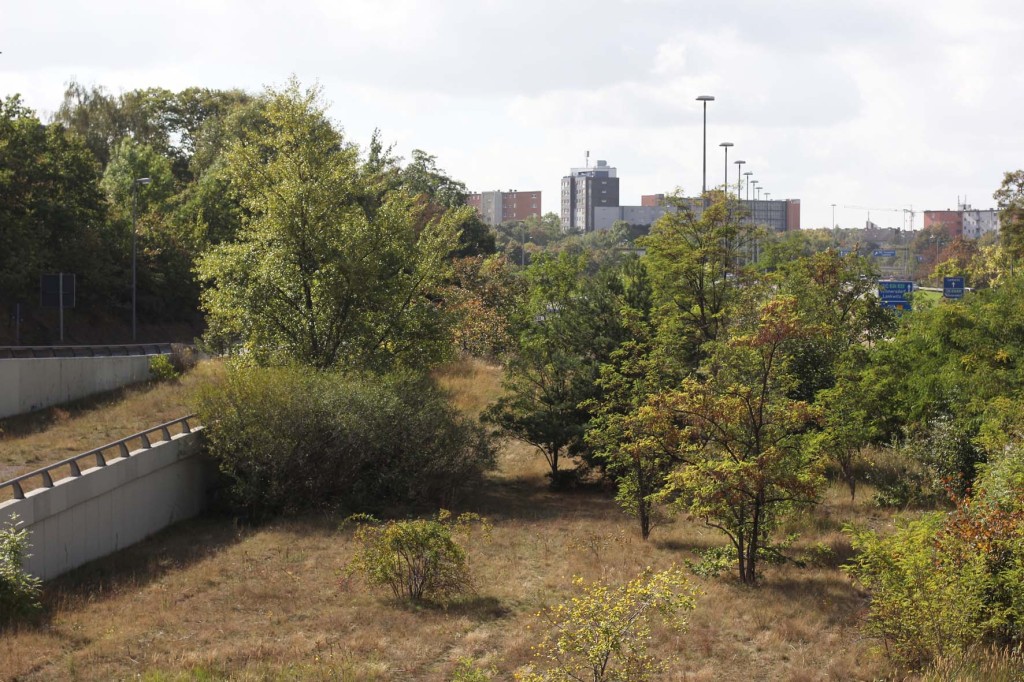 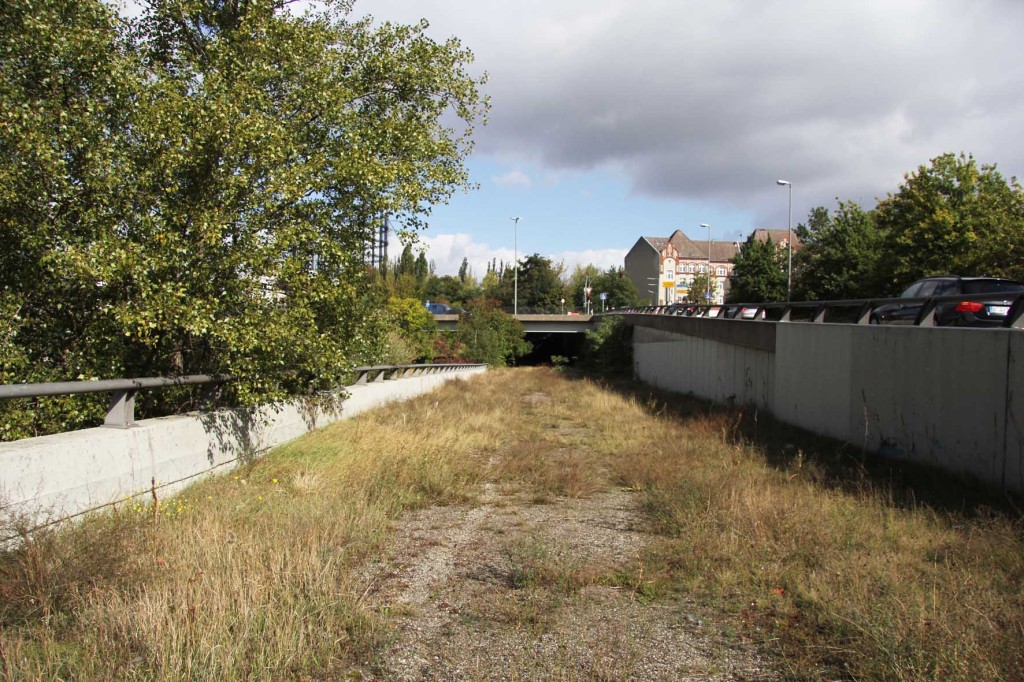 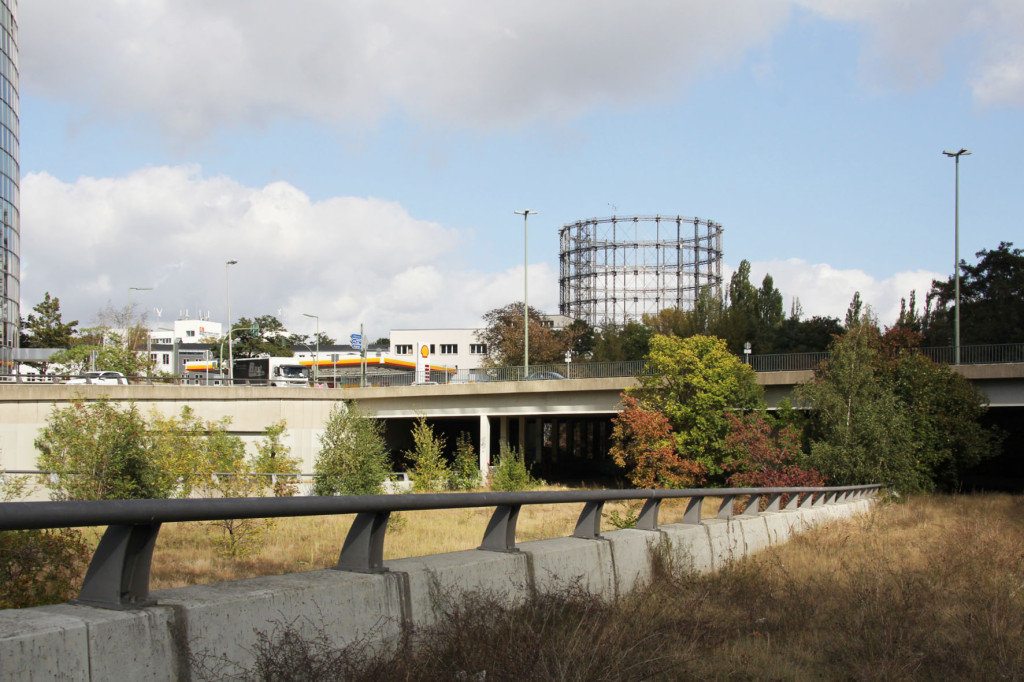 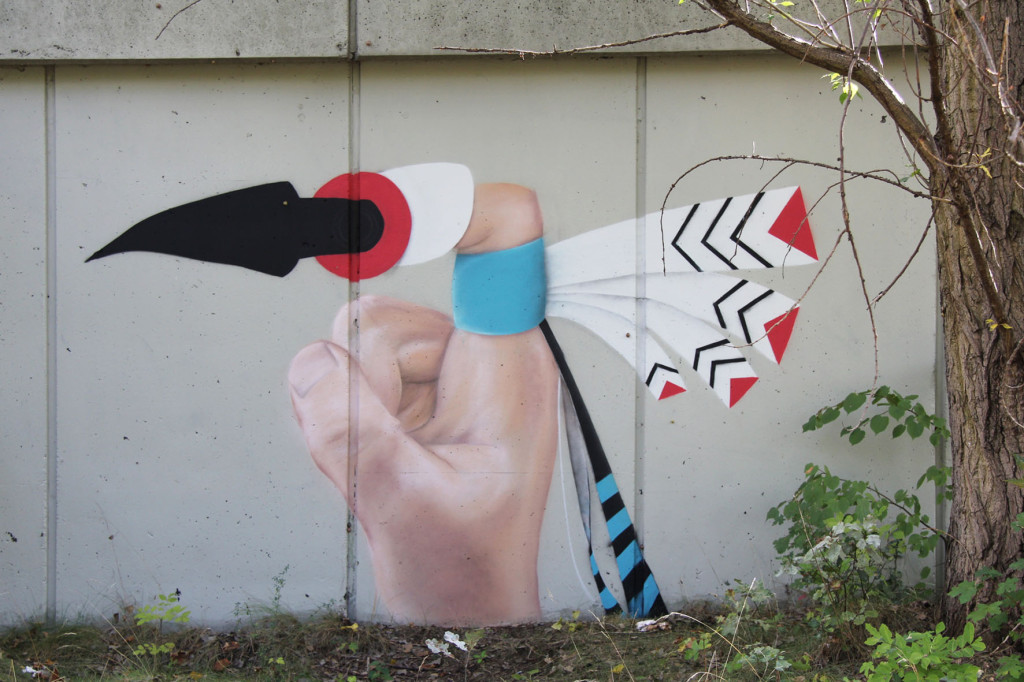 The first section of the Westtangente, a 4km stretch from Birkbuschstraße in Steglitz to Sachsendamm in Schöneberg, now the A103, opened in 1968.

From the outset proposals for the new motorway were subject to protests from residents.

Partly in response to plans for the continuation of this road, which was to connect with the Tiergartentunnel at Reichpietschufer, the Bürger Initiative Westtangente was formed in March 1974 with the motto “Meine Leute gegen große Straßen!” (My people against large streets!).

Over the years, plans for the abandoned motorway extension have been shelved, revived, revised and dropped again.

Throughout, the BI Westtangente remained active.  It lobbied the senate and galvanised protesters in opposition to the new motorway, who even occupied Lenné-Dreieck, a triangular plot of land at Potsdamer Platz, for 5 weeks in 1988 until it was cleared by police. 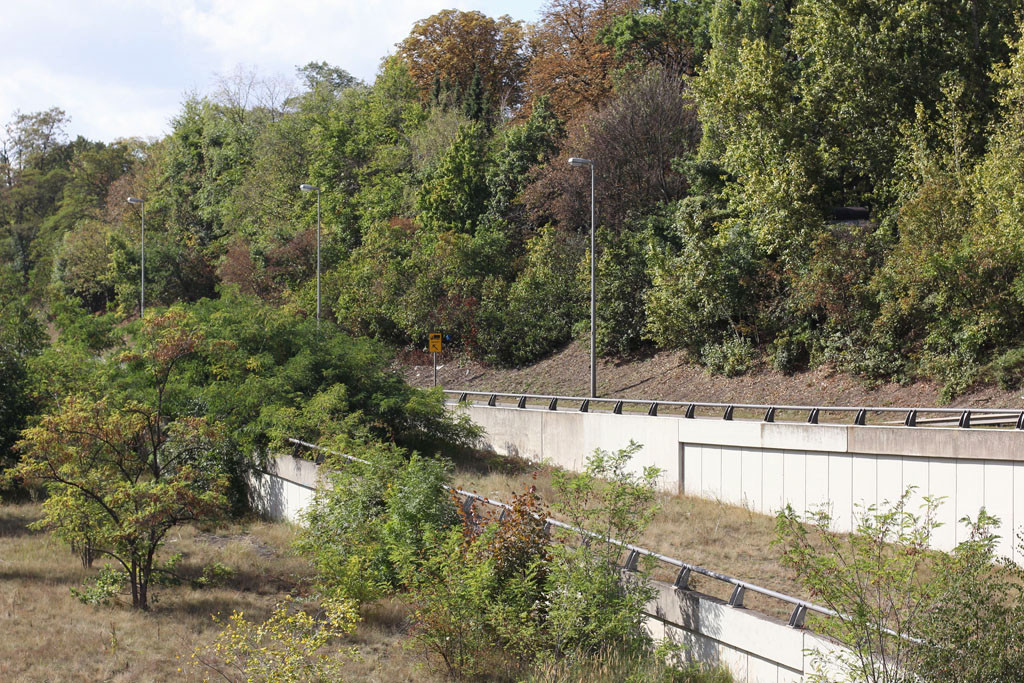 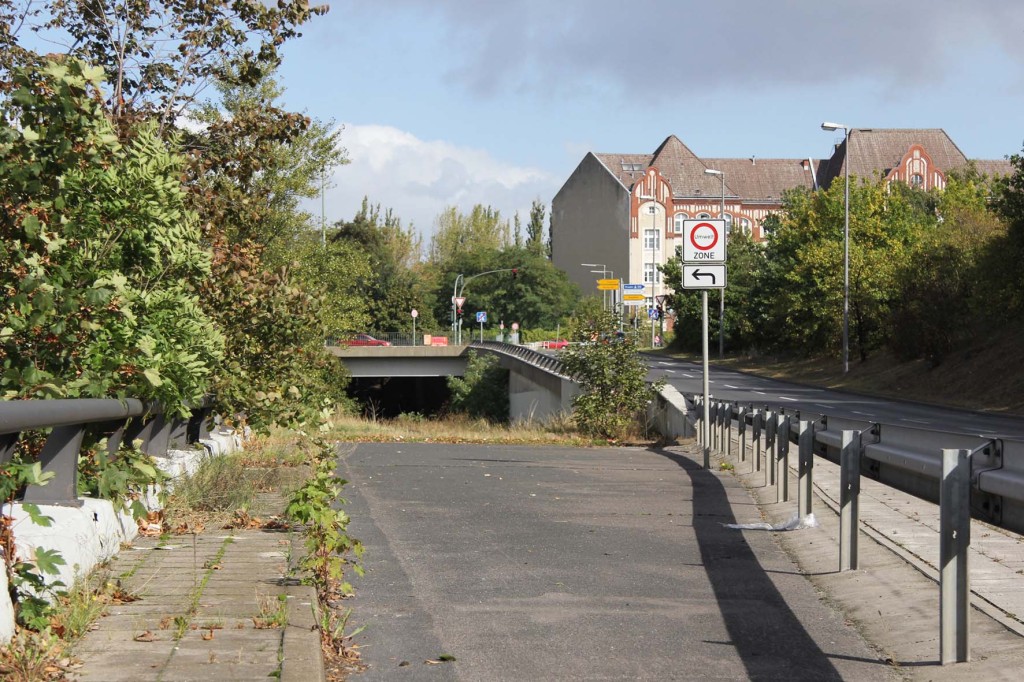 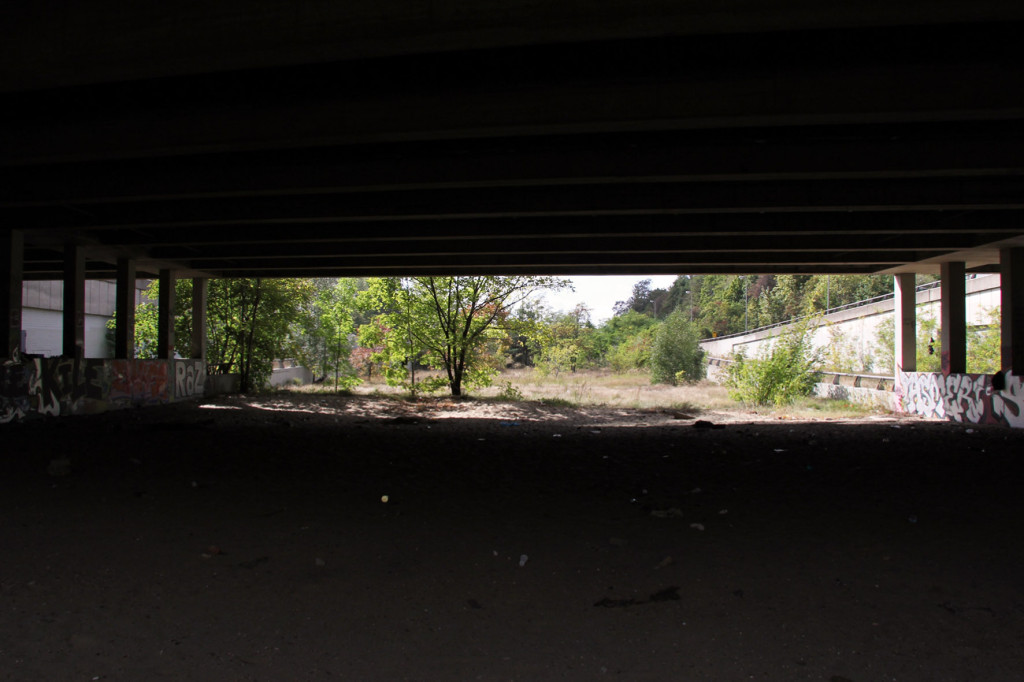 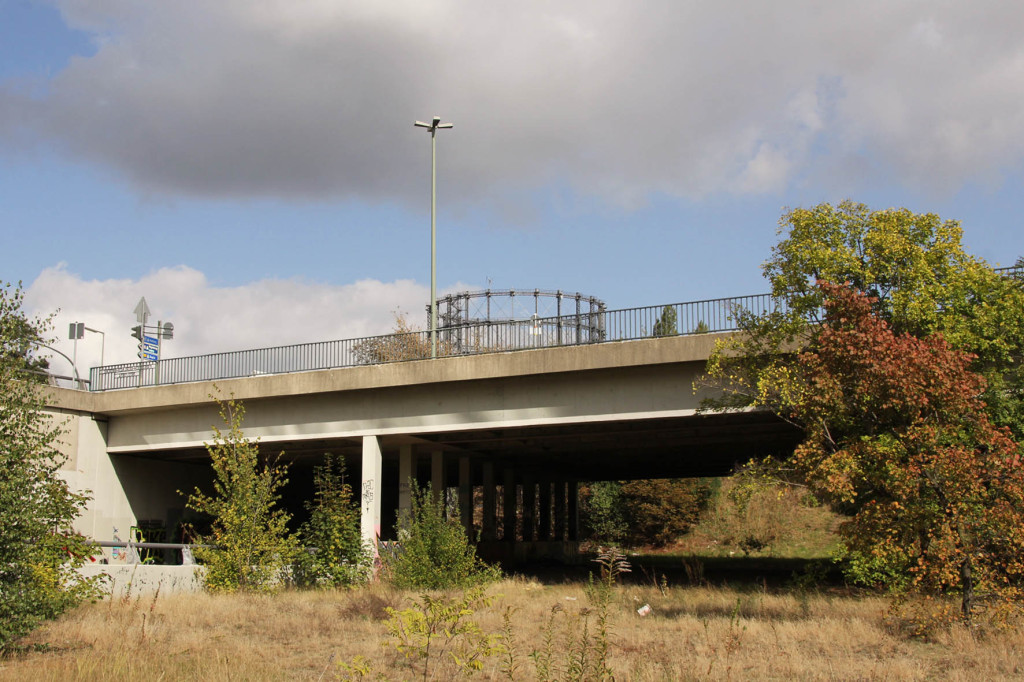 When I visited the abandoned motorway extension in September 2014, a camp had been set up in the area under the road at Sachsendamm but this was not a protest but a group of people making the Berlin scrubland home.