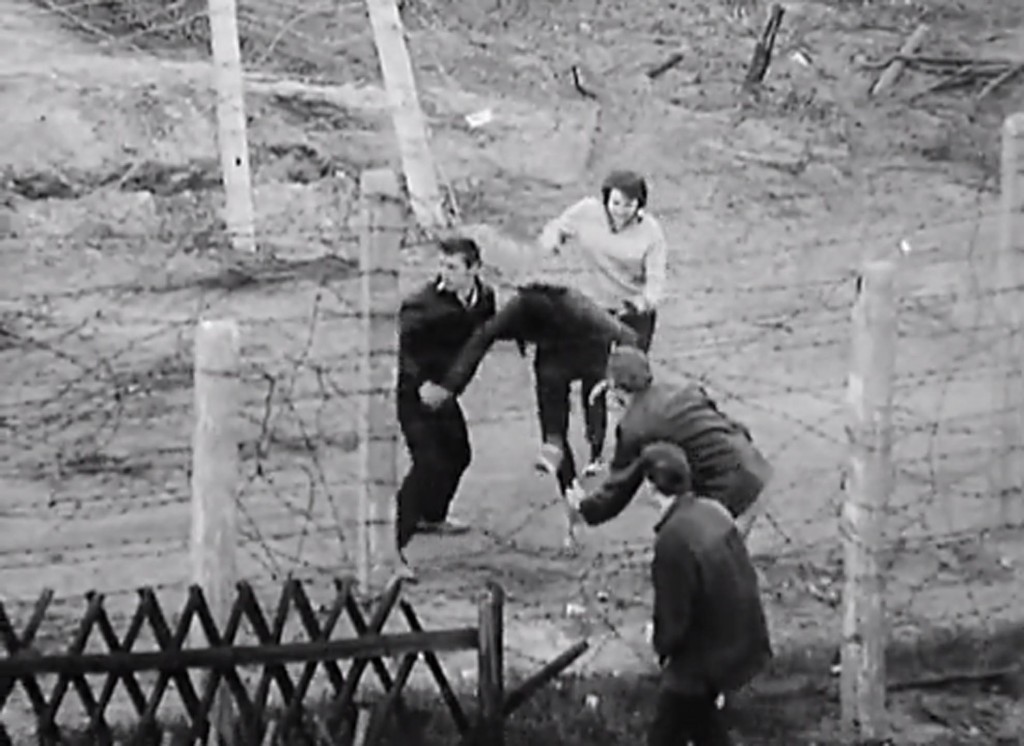 Photo: Still from ‘The Wall’

The 1960s was a decade of great social and technological advances and Berlin, as the main flashpoint between the ideologies of capitalism and socialism, saw more changes than most cities.

The loss of skilled workers to the West, as referred to in my Twentieth Century Berlin on Film – The 1950s post led the government of East Germany to take the extraordinary step of sealing its borders.  Officially referred to as the Anti-Fascist Protection Rampart the Berlin Wall was built to halt an exodus that threatened to de-stabilise the fledgling state.

In 1963 the eyes of the world were on Berlin when the President of the United States of America, John F Kennedy, stood in front of the Rathaus Schöneberg and, in a show of solidarity with the people of West Berlin declared “Ich bin ein Berliner”.

At a press conference on 15 June 1961 in response to a question from a West German journalist, Walter Ulbricht, the leader of East Germany, uttered the now immortal words, “Niemand hat die Absicht eine Mauer zu errichten” – in English, ‘No one has any intention to erect a wall’.

Less than two months later, in the night of 13 August 1961, East German soldiers began the process of marking out the border and rolling out barbed wire to prevent unauthorised movement between East and West Berlin.

The US propaganda film, The Wall, from 1962 includes some of the most iconic footage of the recently divided city – the scene at 6:23 where a woman runs into the barbed wire at the border makes me wince every time I watch it but is a clear indication of the desperation to leave.

Queen Elizabeth II travels to West Berlin in 1965, the first visit of a British monarch to Germany for more than half a century.

This clip from Das war die DDR shows Berlin in 1968 and includes footage of the Rotes Rathaus, the Soviet Memorial in Treptower Park and most notably the Fernsehturm still under construction.

Taken from a US Army training film this footage from 1969 shows Checkpoint Charlie and other notable Berlin sights and outlines procedures for observing East Germans and other potential threats in Berlin.

Photos From My Phone – April
Ohrwurm: Niki & The Dove – DJ, Ease My Mind

2 Responses to Twentieth Century Berlin on Film – The 1960s