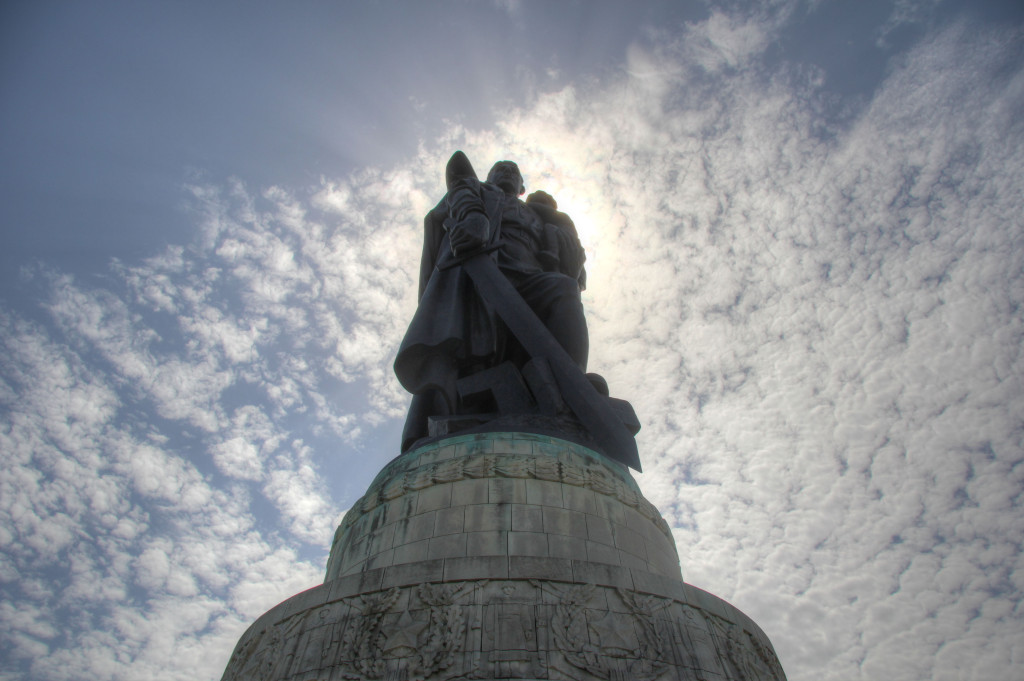 One thing I learned from visiting the Soviet War Memorial in Treptower Park is that the Soviets knew how to honour their dead.

The memorial in Treptower Park is the largest of the three main Soviet war memorials in Berlin – the other two are on Strasse des 17 Juni and in Schönholzer Heide.

When I got my first glimpse of the manicured lawns, the symmetrical beauty of the landscaping and marvellous sculptures, my immediate thought was ‘this is now one of my favourite places in Berlin’. 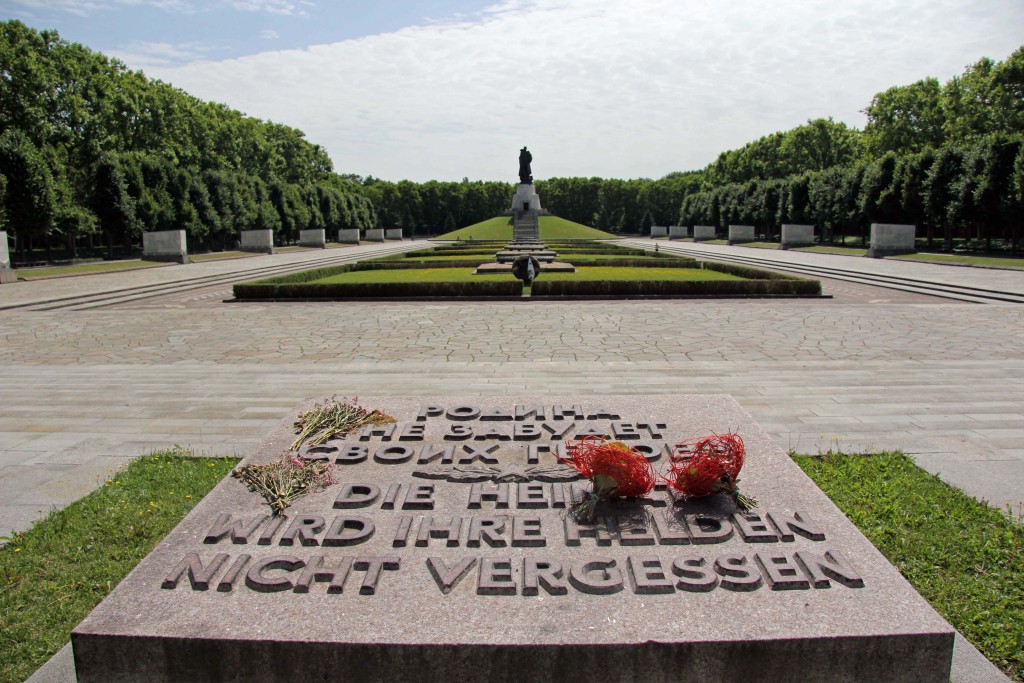 My first visit was on Monday morning, with the sun behind the monumental statue of the Soviet soldier carrying a rescued German child as he crushes a Swastika beneath his boot.  It was difficult to capture the features of this statue facing into such strong sunlight so I returned on Wednesday evening when the sun had swung round so that it was behind the statue of Mother Russia at the other end of the memorial. 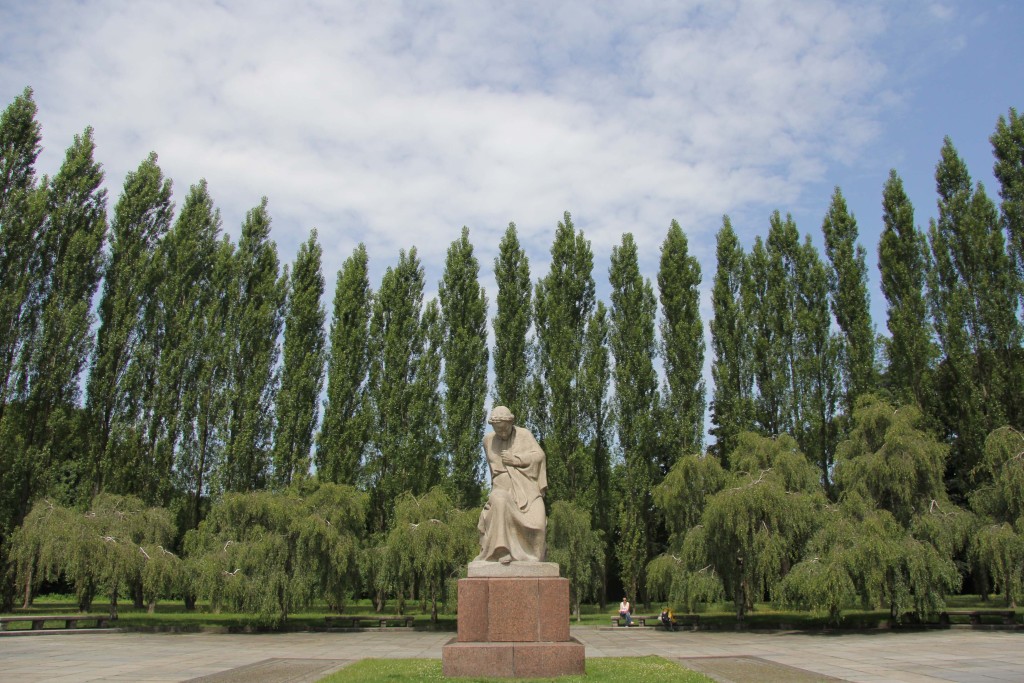 I entered the memorial from the north so it was only after I had reached this statue and turned to my left that I was able to see the scale of what had been built here. 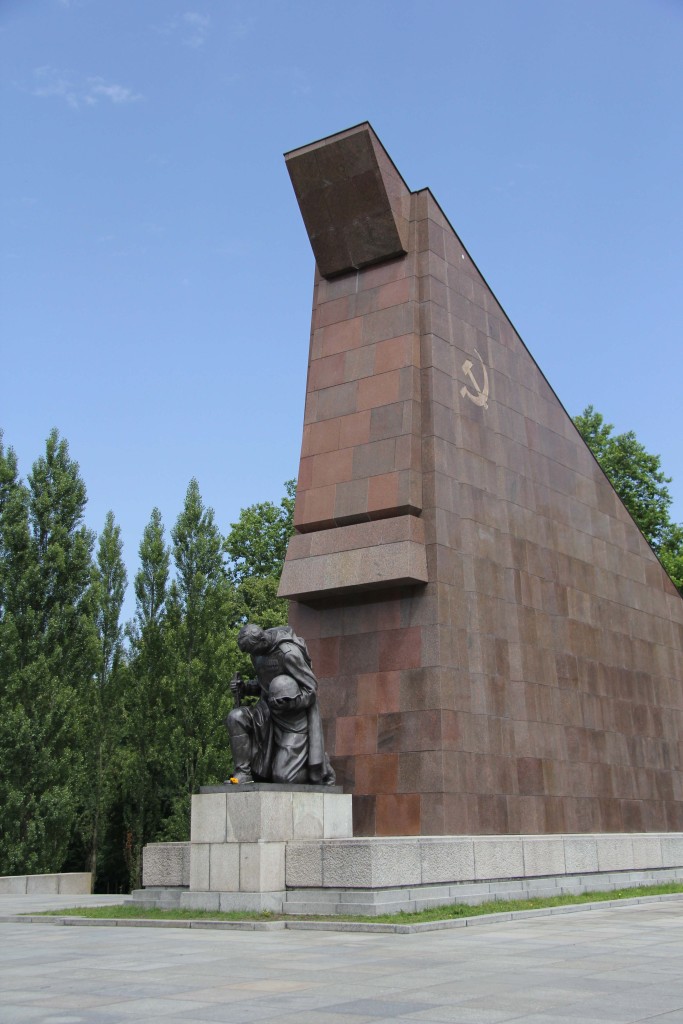 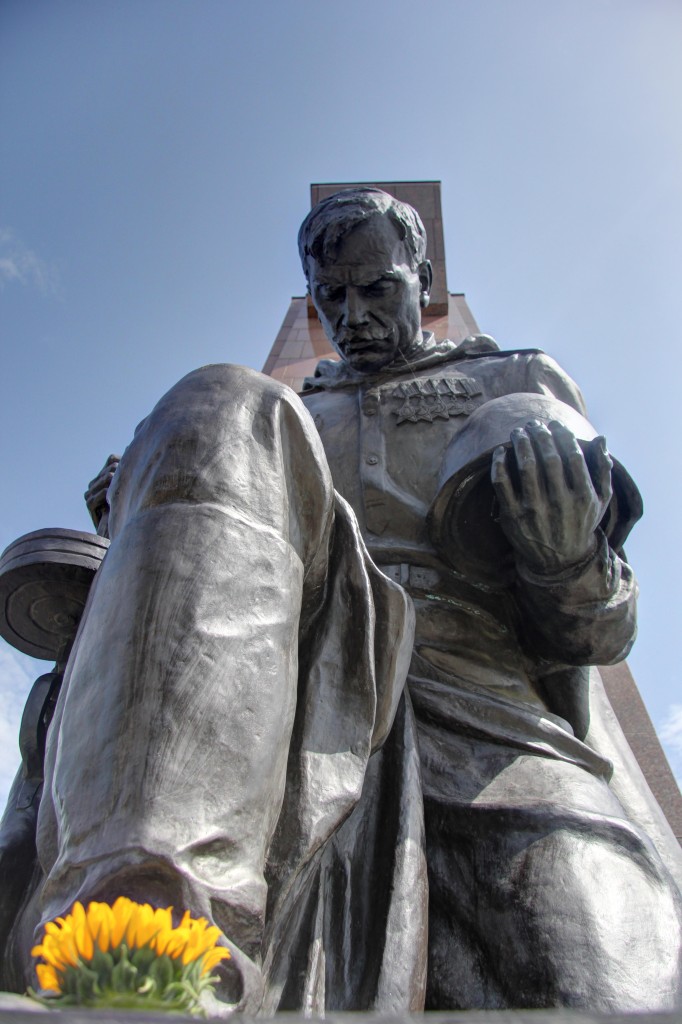 I then walked along the paved slope up to the two red granite blocks and kneeling soldiers that seem to form a gateway to the next section leading to the statue, which is said to represent Sergeant of the Guards Nikolai Masalov.

I walked past the five lawns with their bronze wreaths, marking the mass graves of Soviet soldiers and flanked by sixteen stone sarcophagi and climbed the steps to the mausoleum crowned by the impressive statue. 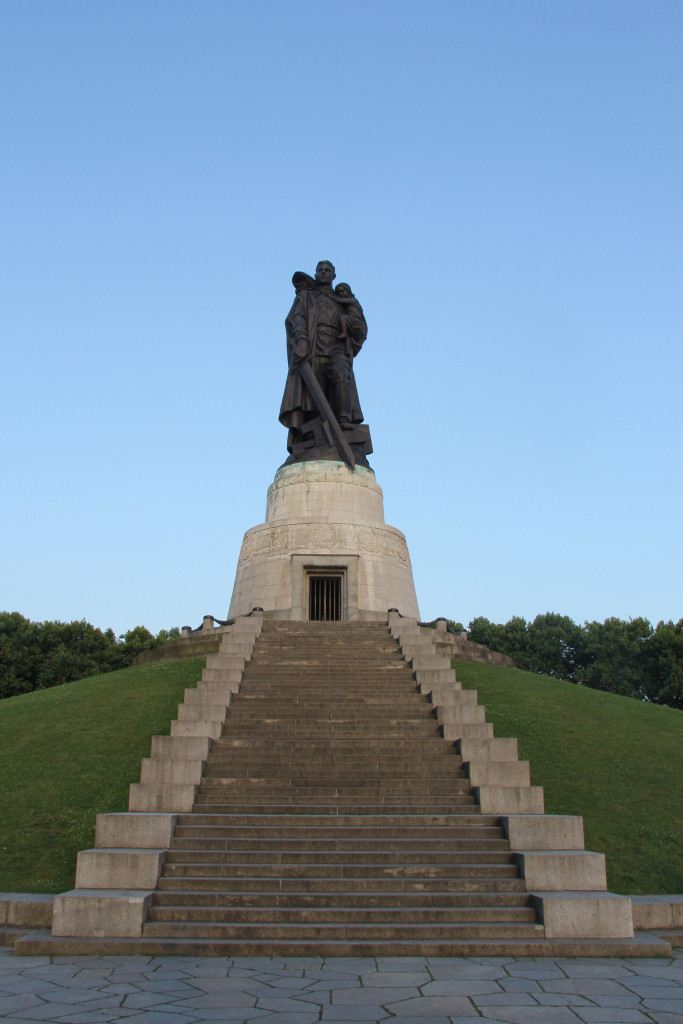 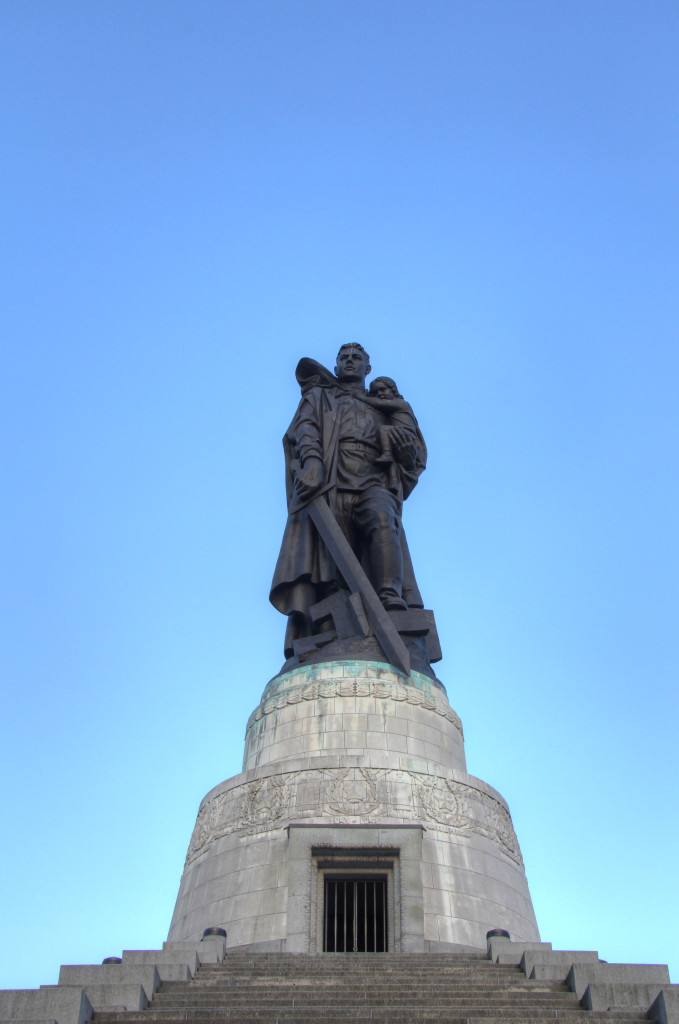 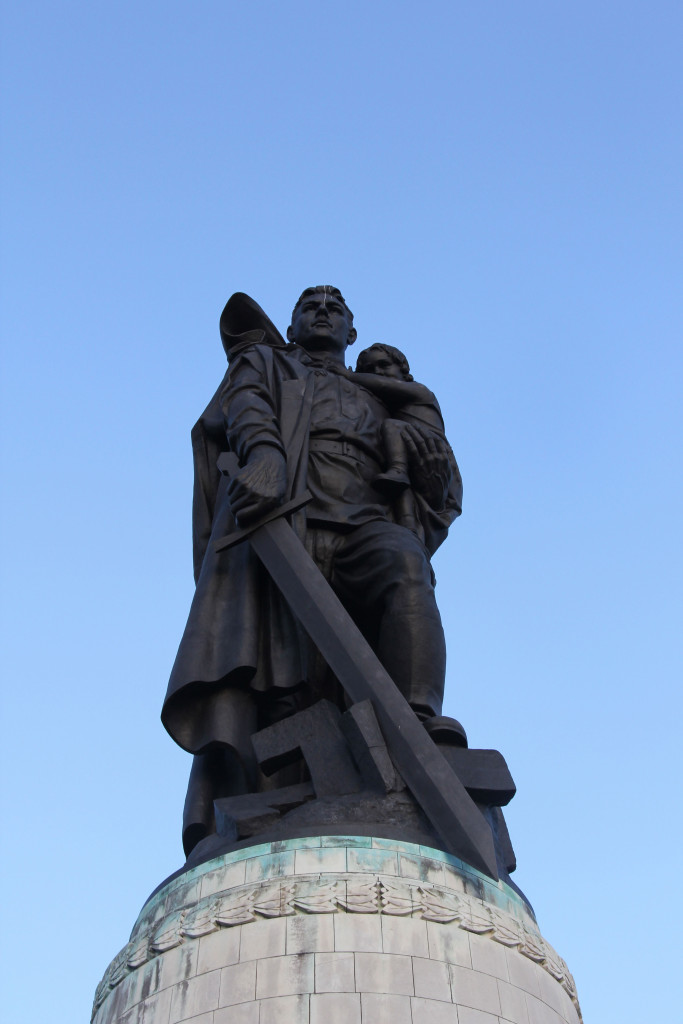 It was after admiring the mosaic tiling of the mausoleum and as I rounded the statue that I felt what I thought was a scratch on my calf and looked down to see a wasp stinging me as the pain intensified slightly.  I managed to strangle the swear word threatening to escape my lips as I remembered where I was just in time.  In the end what I mumbled was something like ‘You bssst’. 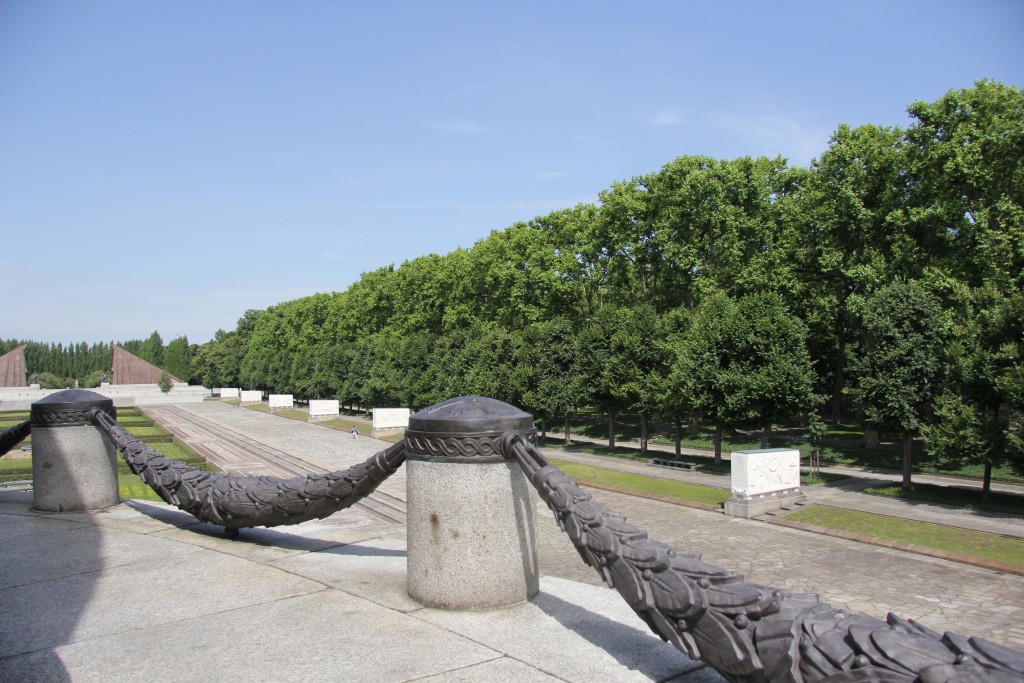 And being stung was probably the only thing that meant this wasn’t a perfect morning in Berlin, enjoying the sunshine and experiencing the awe of a first visit to the Soviet War Memorial in Treptower Park. 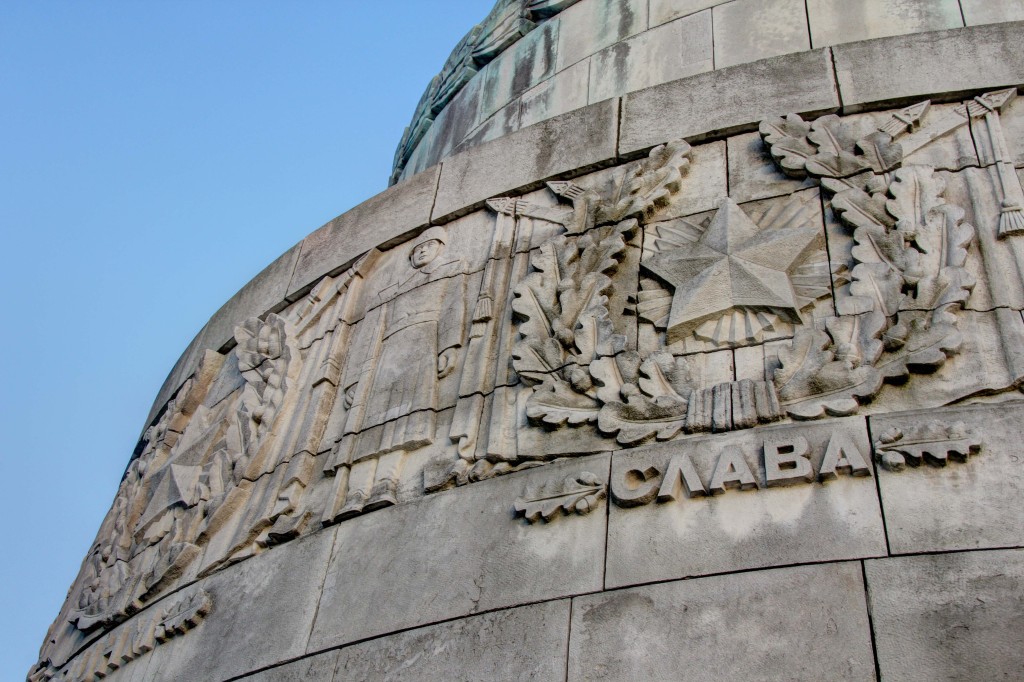 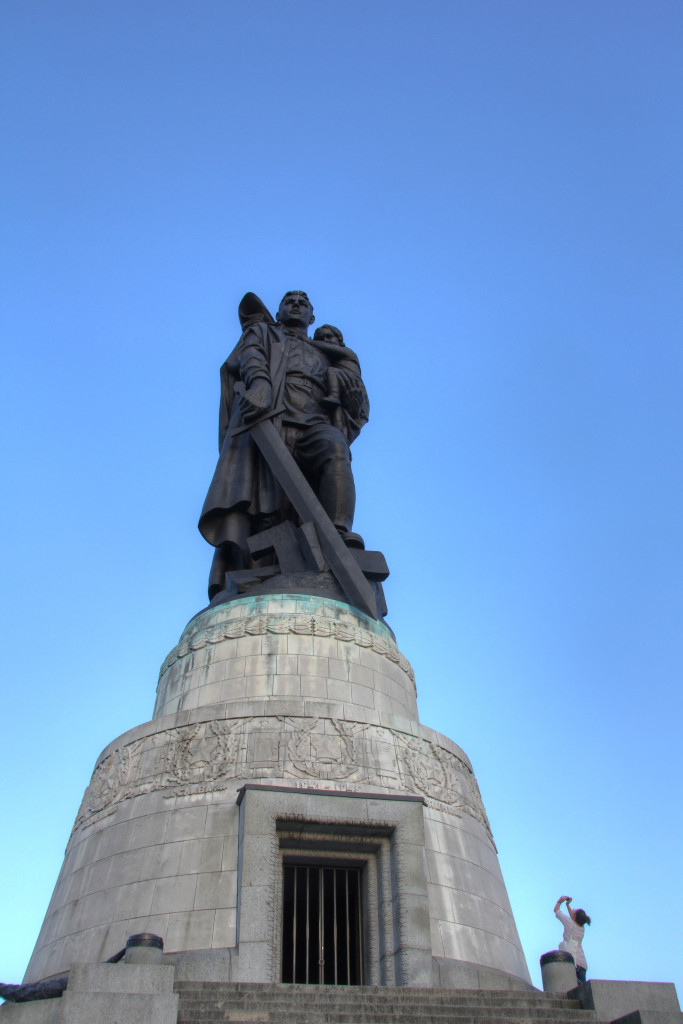 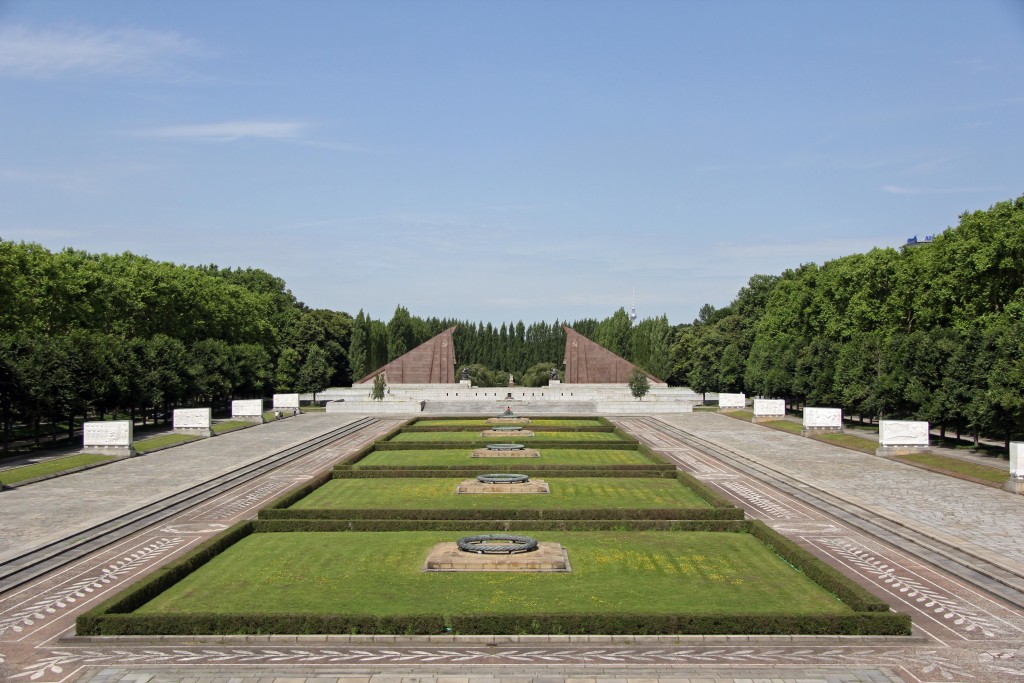 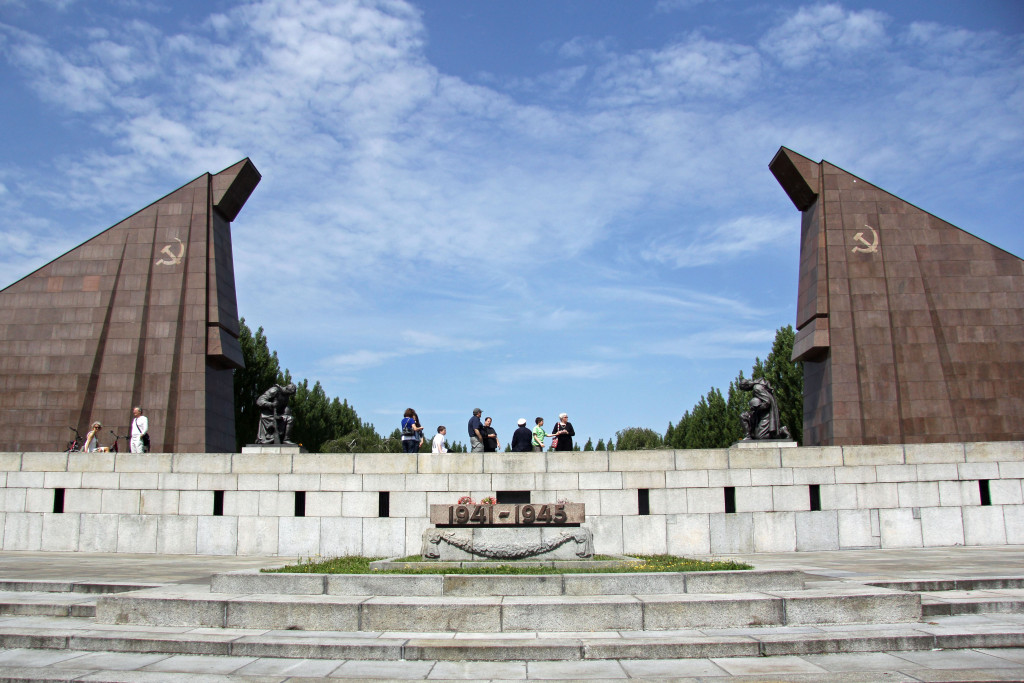 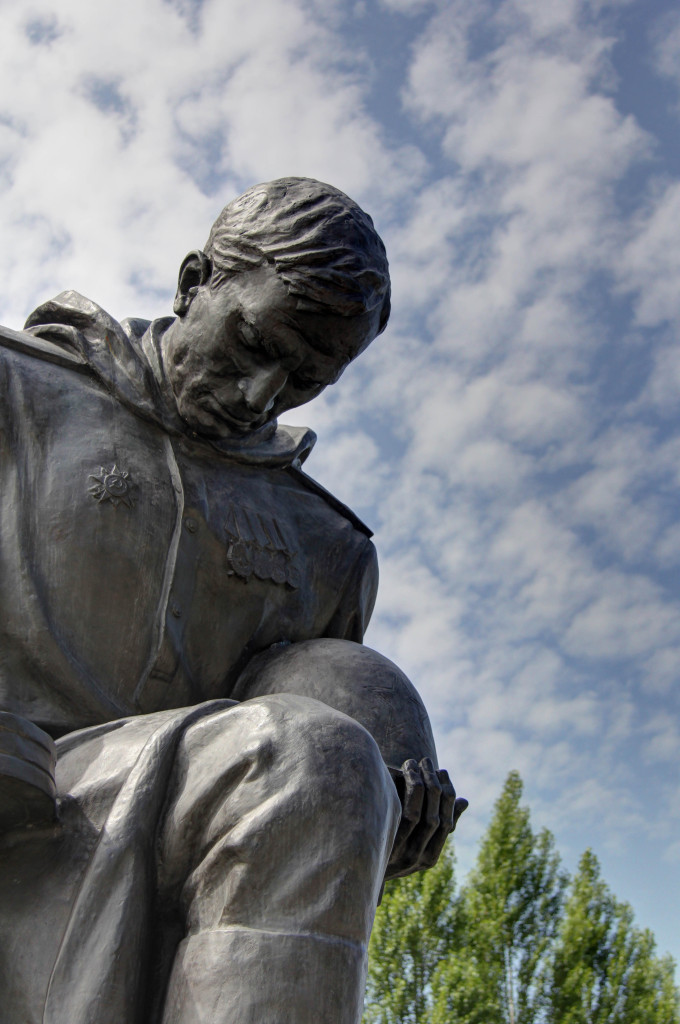 Ever since my first visit the Soviet War Memorial in Treptower Park has been one of the first places on my list of things to see when I have visitors in Berlin – the wasp sting was thankfully a one-off.