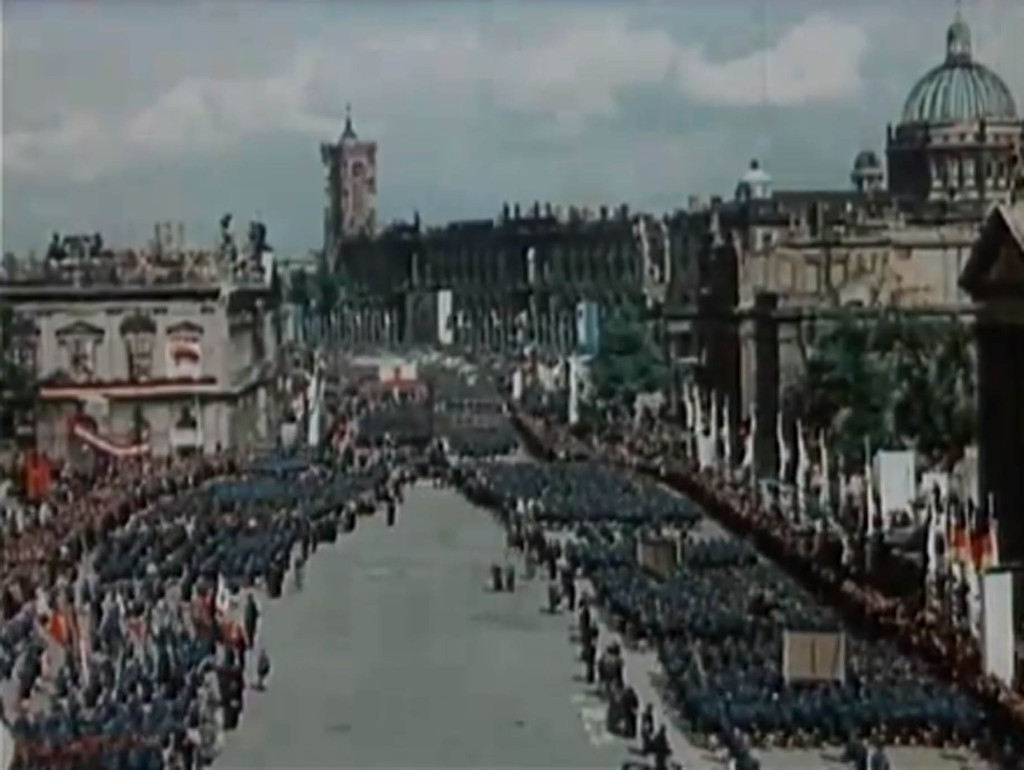 Throughout the 1950s the government of the DDR (Deutsche Demokratische Republik) continued a process of Socialisation in East Germany.  Tensions were running high between the East and West and also amongst the people of the DDR.  The ‘brain drain’ had started, as workers sought out the higher pay and better working conditions in the West.

There is more footage of the FDJ gathering in Berlin in 1950 with commentary (auf Deutsch) in this longer film.

What started as a strike by construction workers in East Berlin the previous day turned into a full-scale uprising against the government of the DDR on 17 June 1953.  Workers were protesting against plans to increase working hours or cut pay and the policy of prioritising heavy industry that meant a shortage of consumer goods and power.