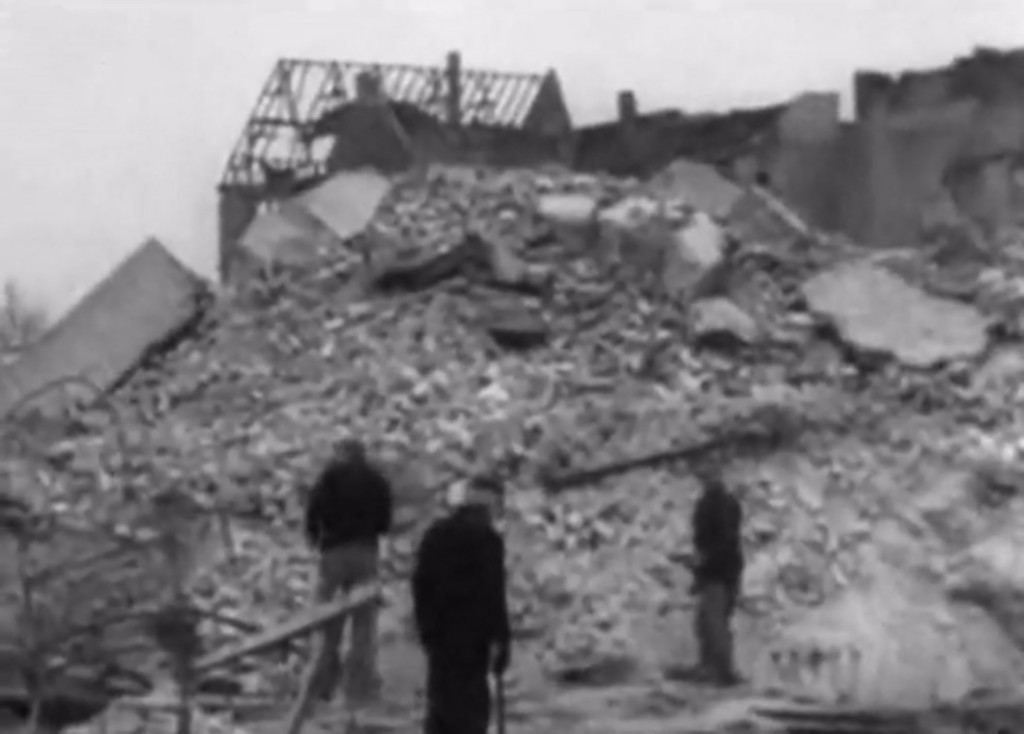 Continuing my Twentieth Century Berlin on Film series, footage of 1940s Berlin is dominated by the machinations and effects of the Second World War.  At the beginning of the decade the city is a focal point for Nazi marches and speeches.  During the war, the German capital is a prime target for the allied bombers and afterwards a flashpoint at the beginning of the Cold War.

The soldiers of the German Wehrmacht march through Berlin in 1940.  The streets are lined with people and Nazi flags fly from the Brandenburger Tor (Brandenburg Gate) and may of the buildings on the parade route.

By 1943 Berlin is showing the scars of war.  Heavy bombing raids have taken their toll on the city.  Rescued furniture and belongings line the streets and Potsdamer Bahnhof is out of use – the scenes of devastation inside make it clear why.

This colour footage from 1945 shows the utter devastation of Berlin.  Many buildings are now just shells and huge piles of rubble line the streets – the chain gangs of Trümmerfrauen (rubble women) work hard to clean up the city.

British Prime Minister Clement Attlee visited Berlin in 1949 to see first hand how West Berliners were coping with the effects of the Berlin Blockade.  This short film from the archive collection of the Alexandra Palace Television Society follows that visit.