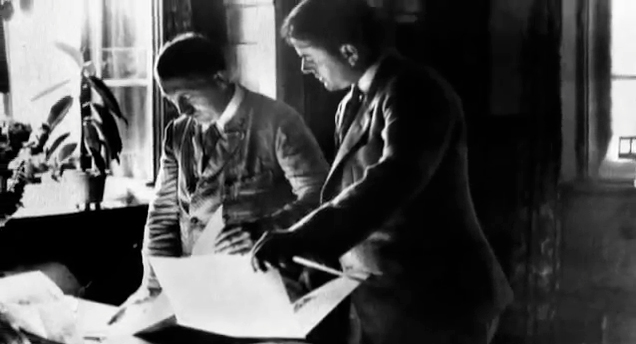 From around the 15-minute mark there is a very interesting section about the man-made lake in Nuremberg that marks the site of the foundations for a stadium four times the size of the Olympic Stadium in Berlin.  The stadium would be capable of holding 400,00 people and Hitler intended that it would host the Olympic Games every year.

This documentary also includes a visit to one of Berlin’s most unusual attractions, the Schwerbelastungskörper, a massive cylinder of concrete in the Tempelhof district used to test the ground for the placement of the planned Triumphal Arch of Welthauptstadt Germania.