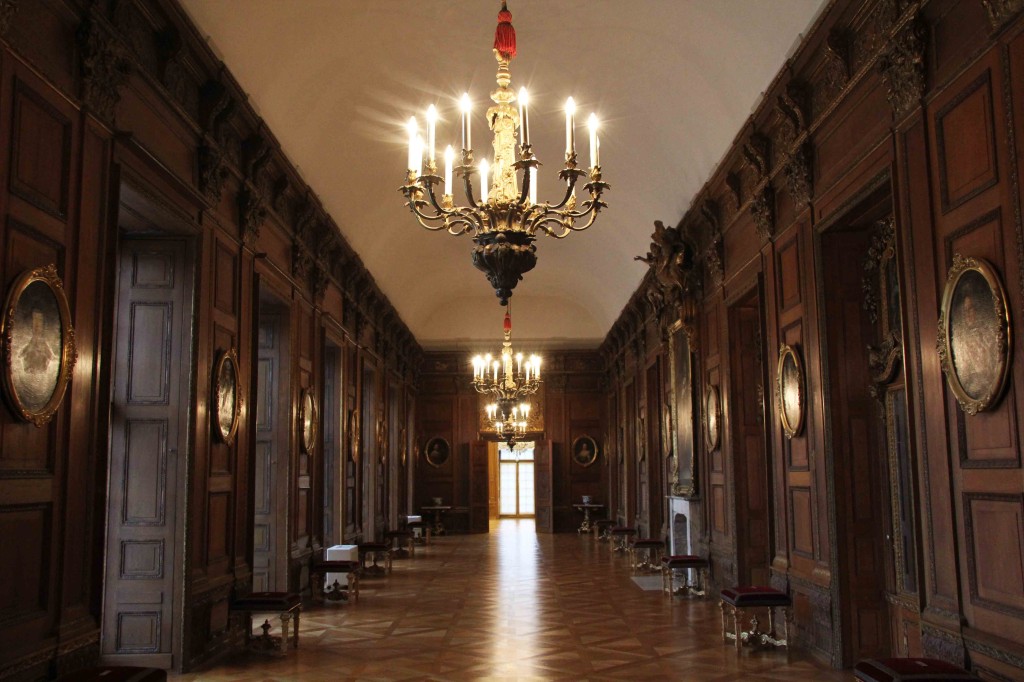 Walking through Schloss Charlottenburg felt almost like stepping back in time.  In my head, I could hear Bach’s Brandenburg Concertos and Vivaldi’s Four Seasons (neither had been composed when the Schloss was first erected) playing as Kings and Queens entertained their guests.

The rooms of the Schloss are beautifully and often sumptuously decorated, though much of the furniture was taken from the Stadtschloss after it was demolished in 1950.

Several of the rooms were decorated with elaborate wall hangings. 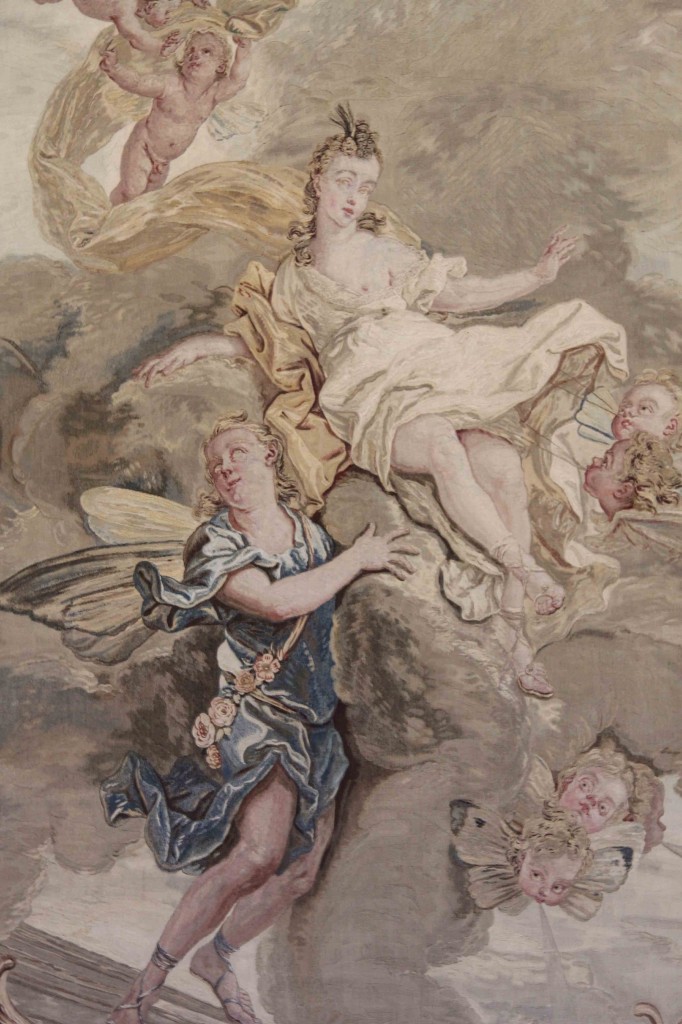 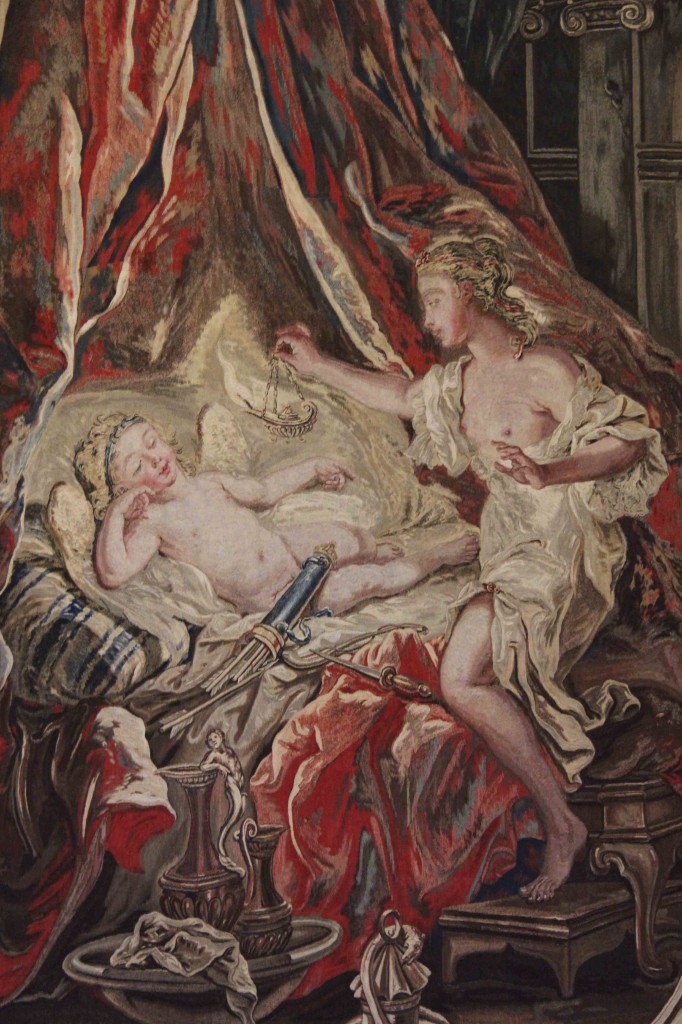 It was only by getting close to some that it was clear that they had been woven rather than painted. 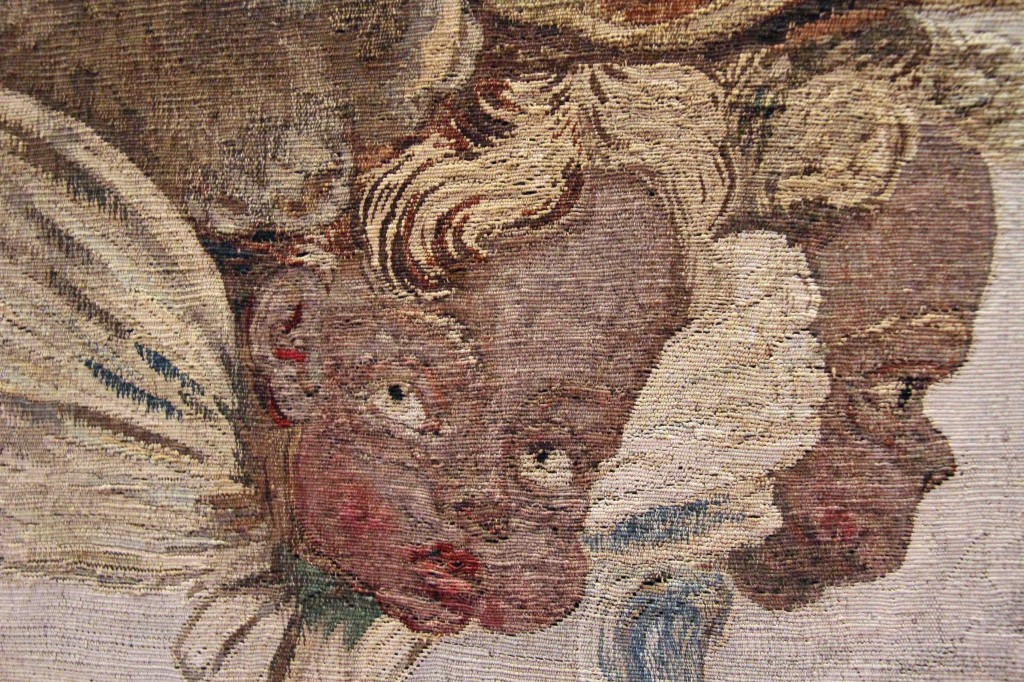 Where the walls themselves weren’t the artwork, paintings of the former inhabitants and family members were often on display. 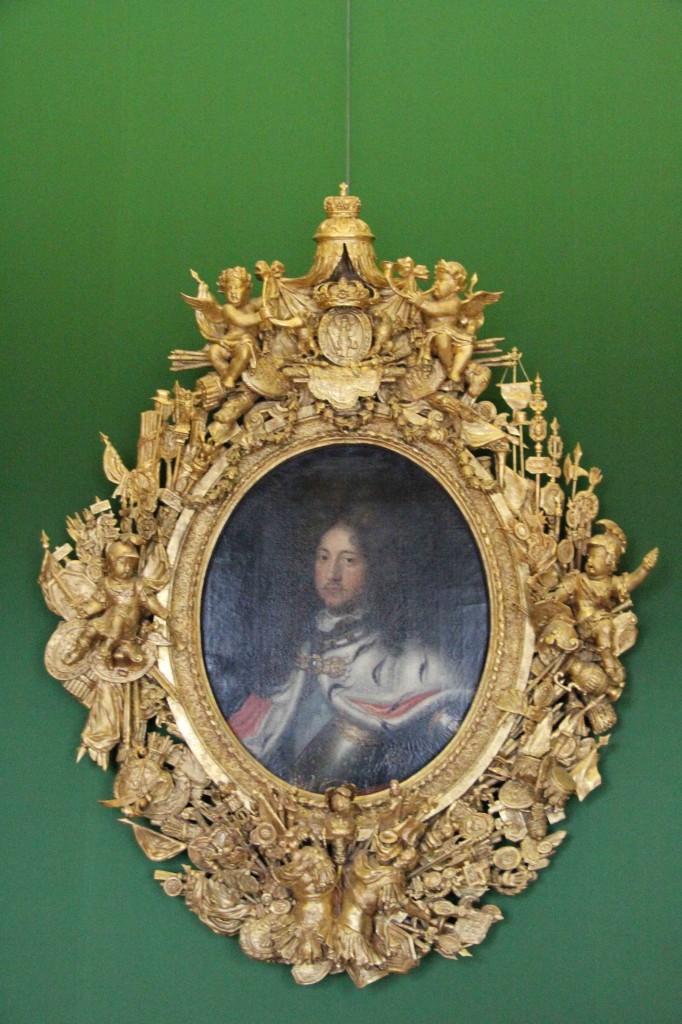 In one room, a dial connected to a weather vane on the roof of the Schloss indicated the wind direction. 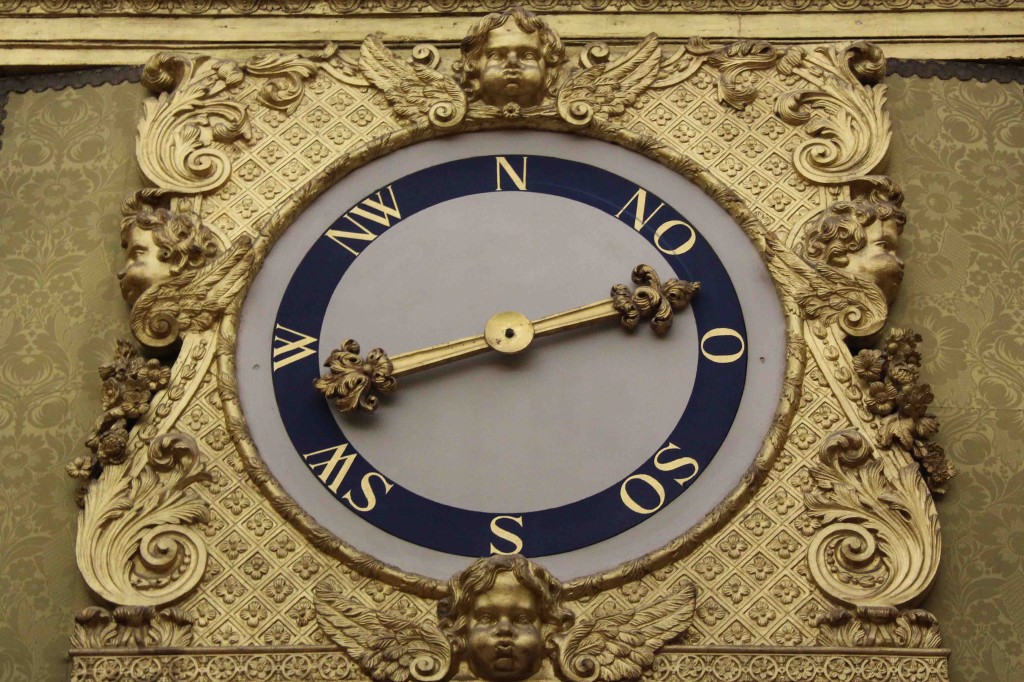 The ceilings were also often elaborately decorated with frescos or carvings and from many hung beautiful chandeliers. 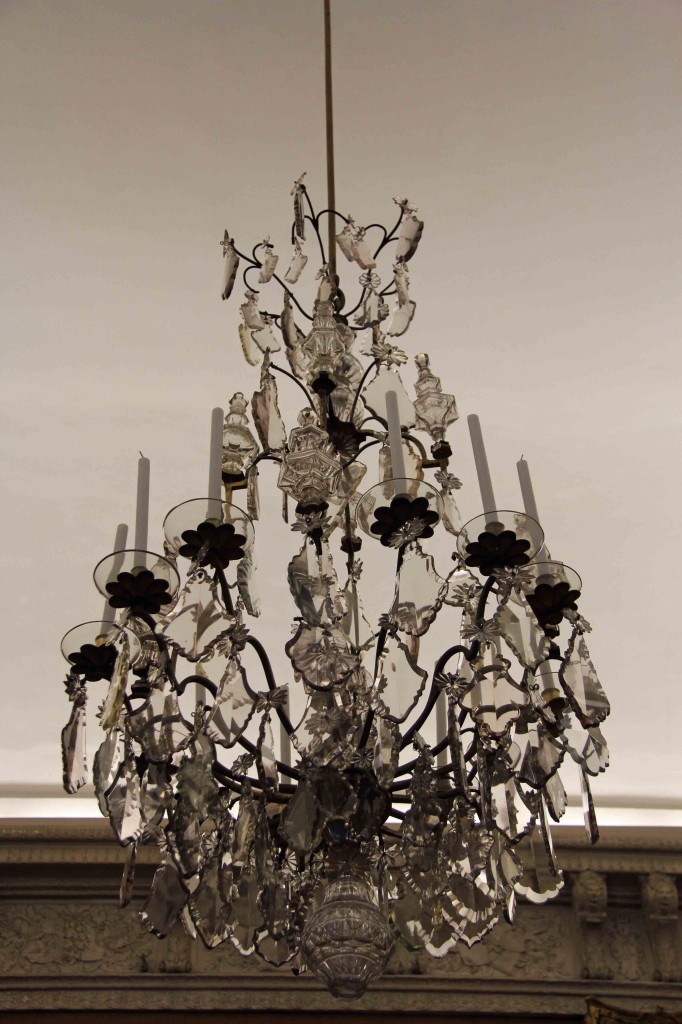 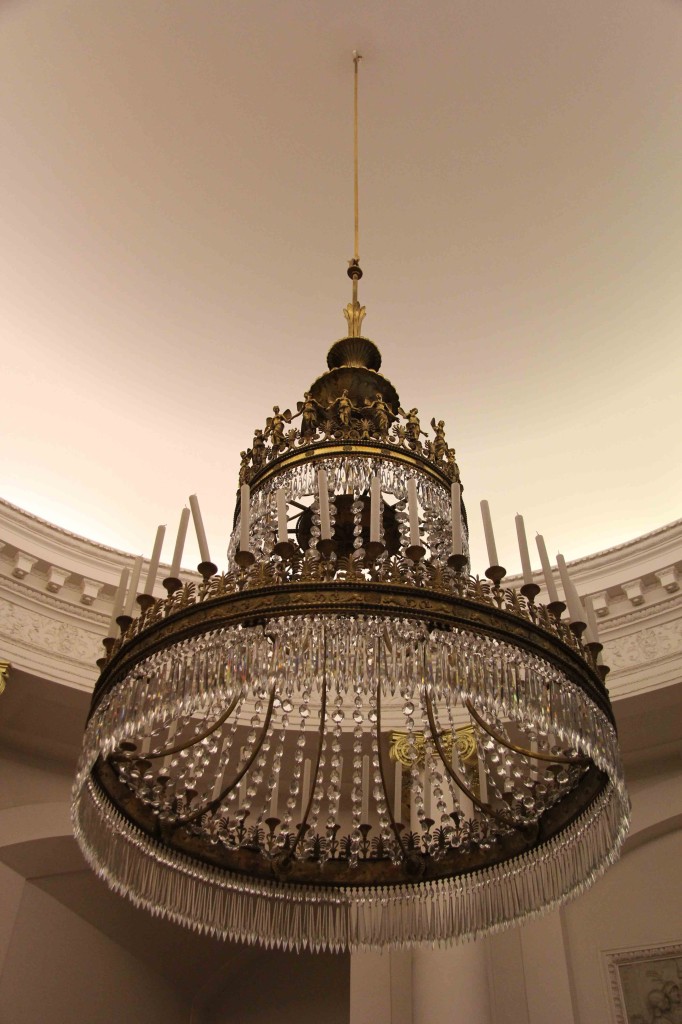 Throughout there was a clear Oriental influence in the choice of porcelain with blue and white china prevalent. 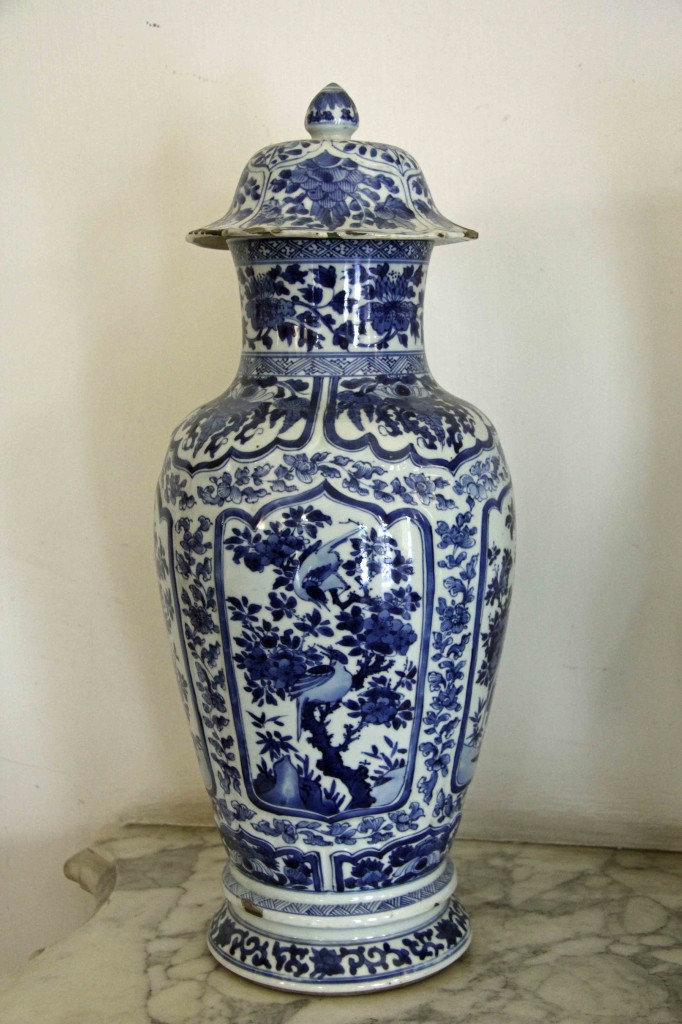 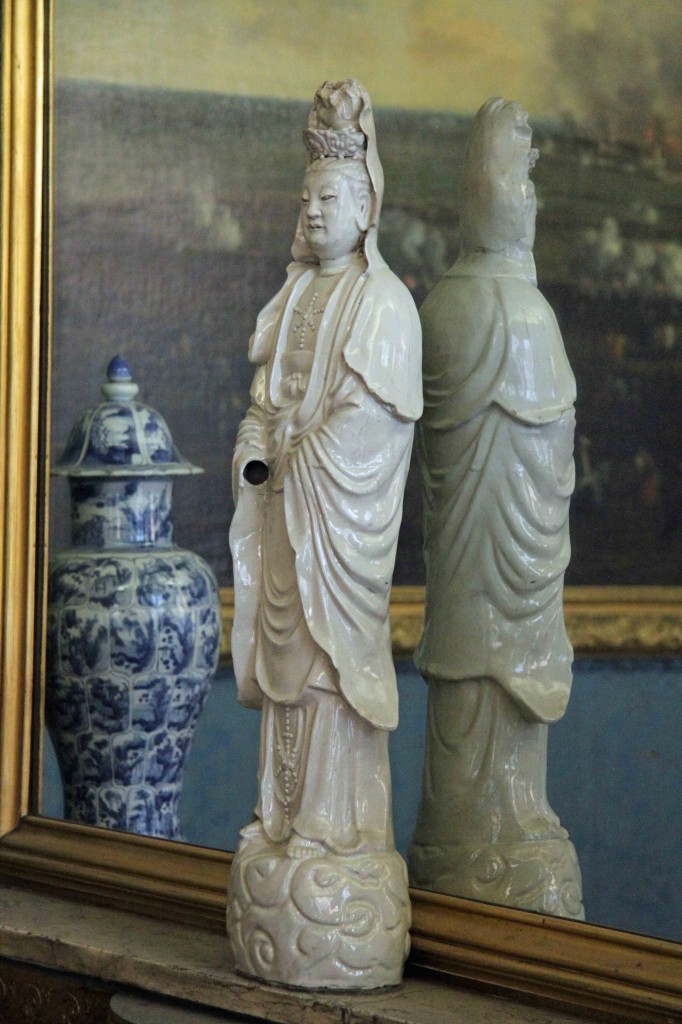 Nowhere was the Oriental influence more clear than in the Porcelain Cabinet (Porzellankabinett), a room with barely an inch free of ornamentation, either porcelain or gilding. 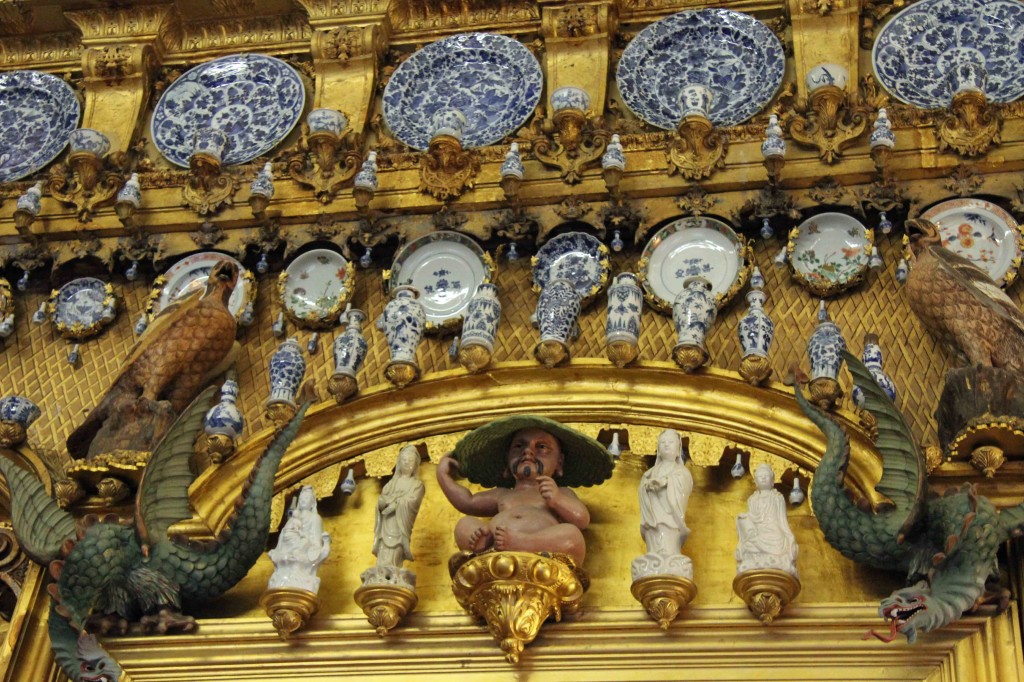 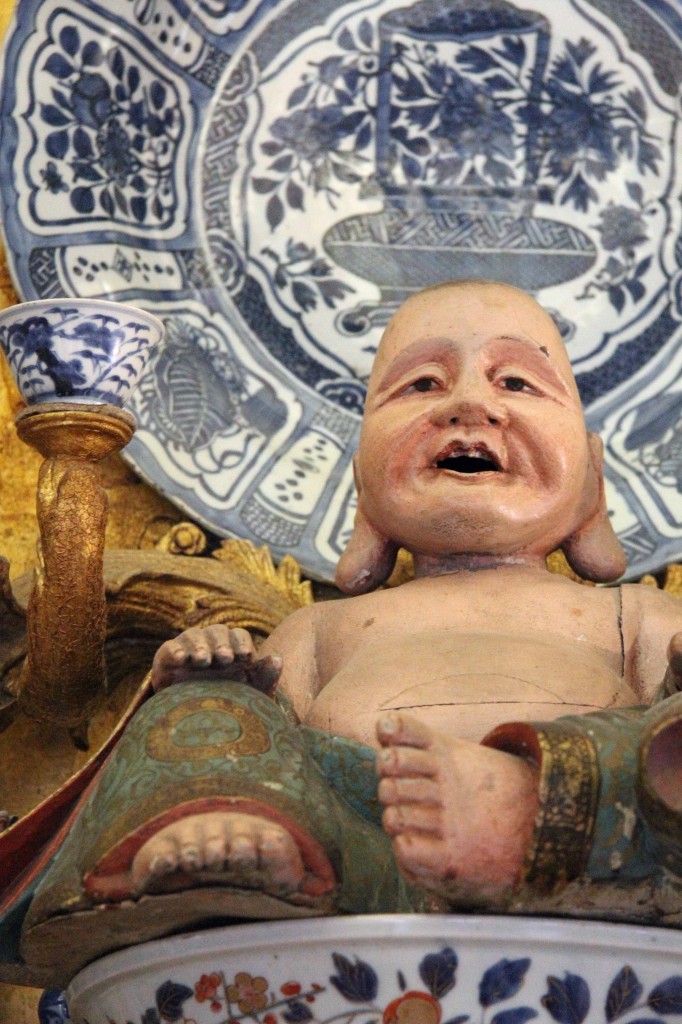 Following on from the Porcelain Cabinet was the Palace Chapel (Schlosskapelle) and these for me were the two most impressive rooms in the building. 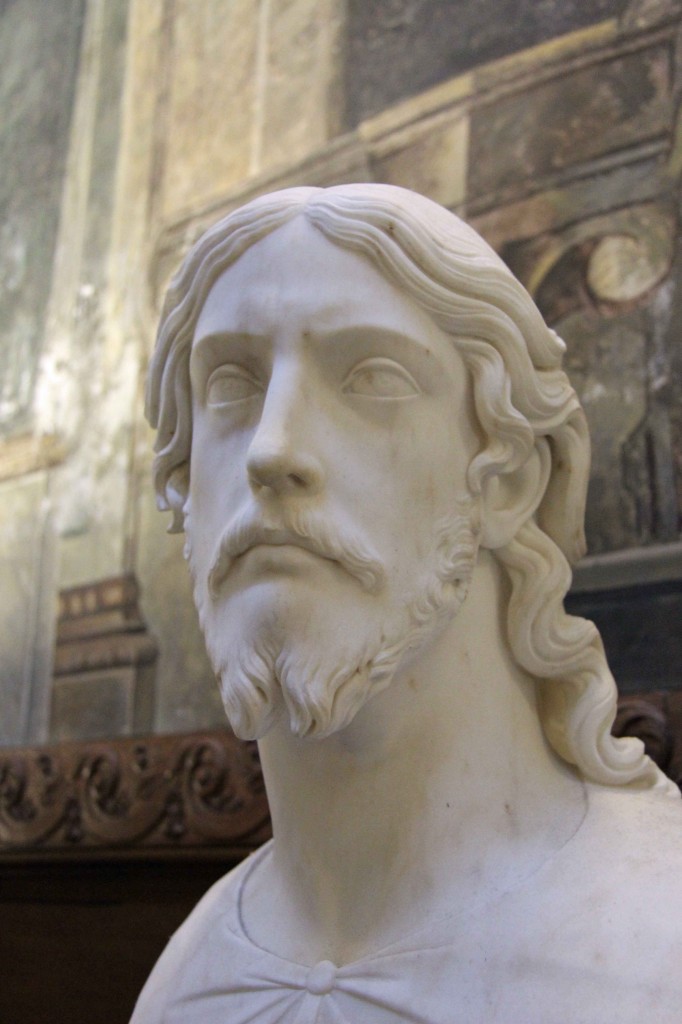 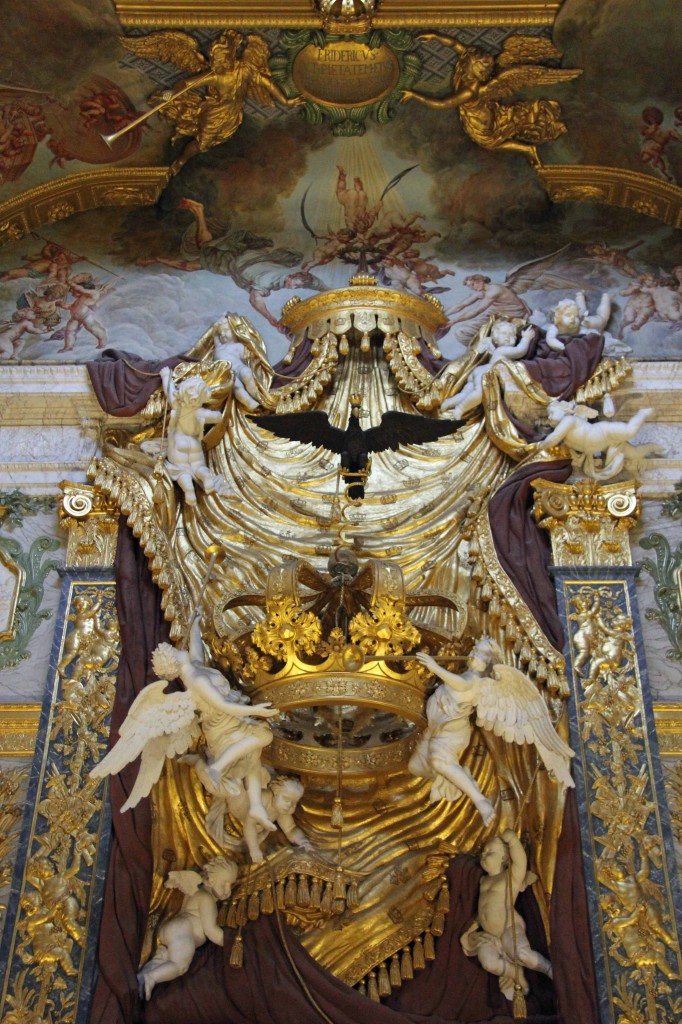 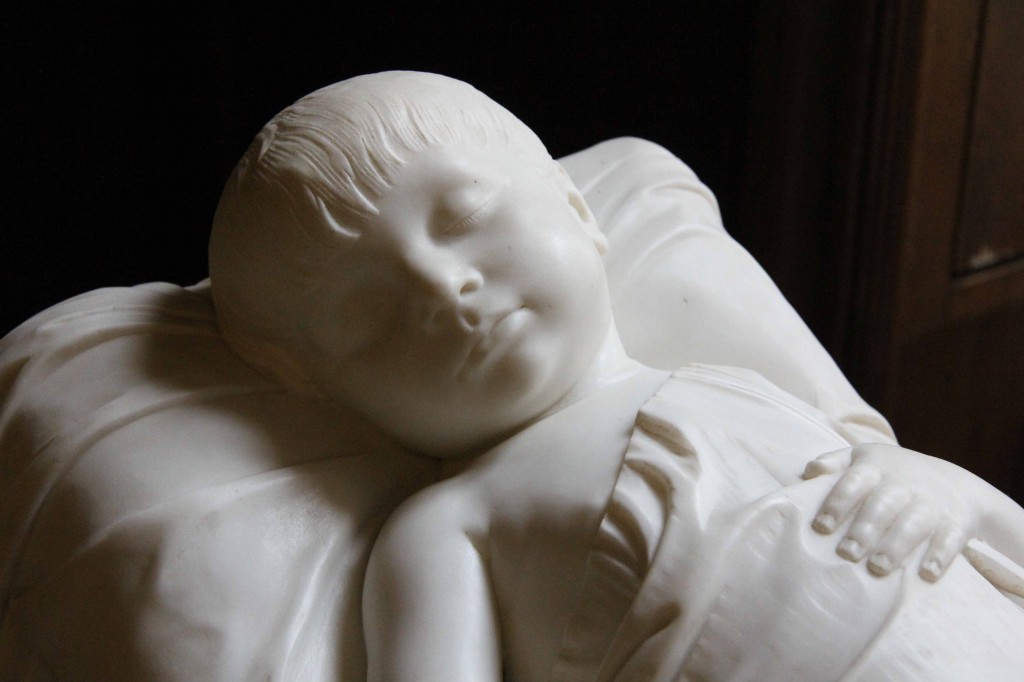 Unfortunately, Schloss Charlottenburg was severely damaged during the war and due to a lack of funds for the restoration the first floor has been more plainly decorated.

It does however contain a wealth of portraits, statues, silverware and other objects of note so should not be missed. 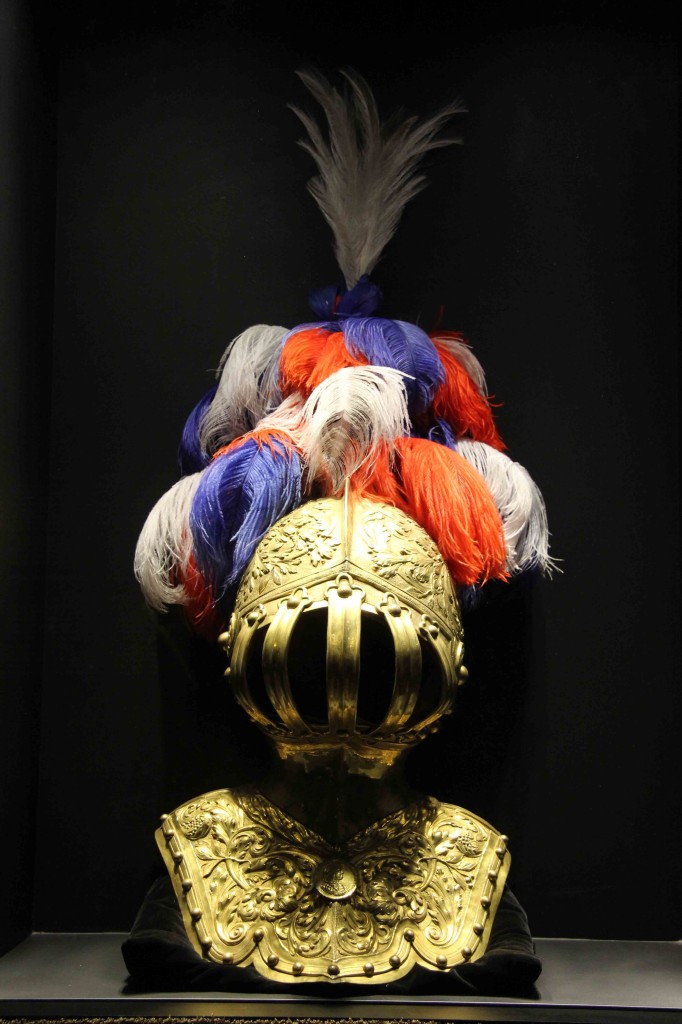 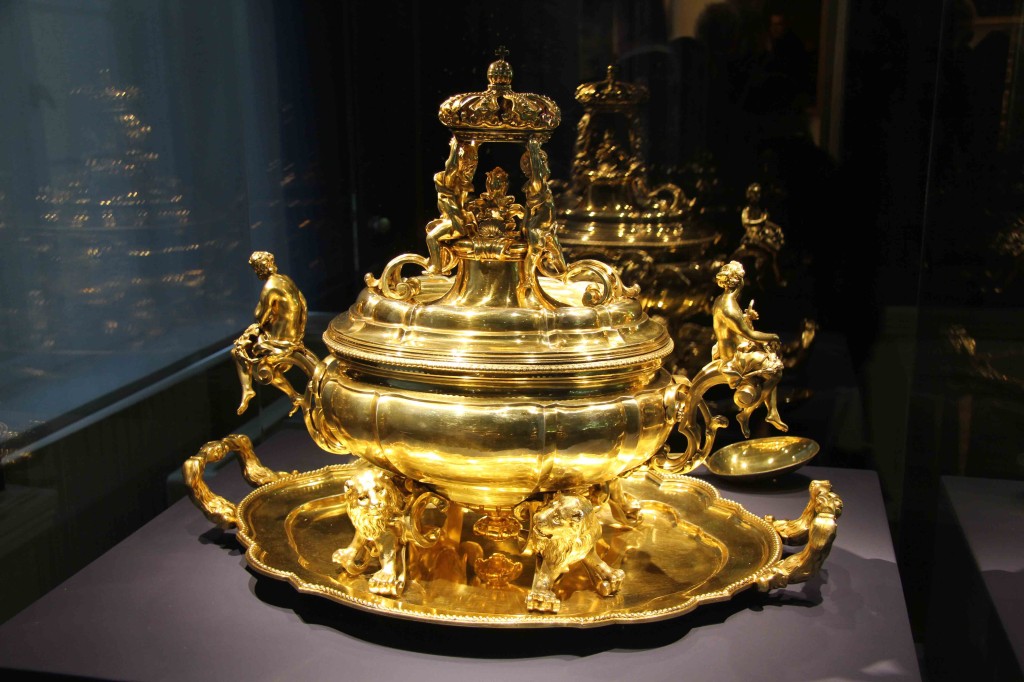 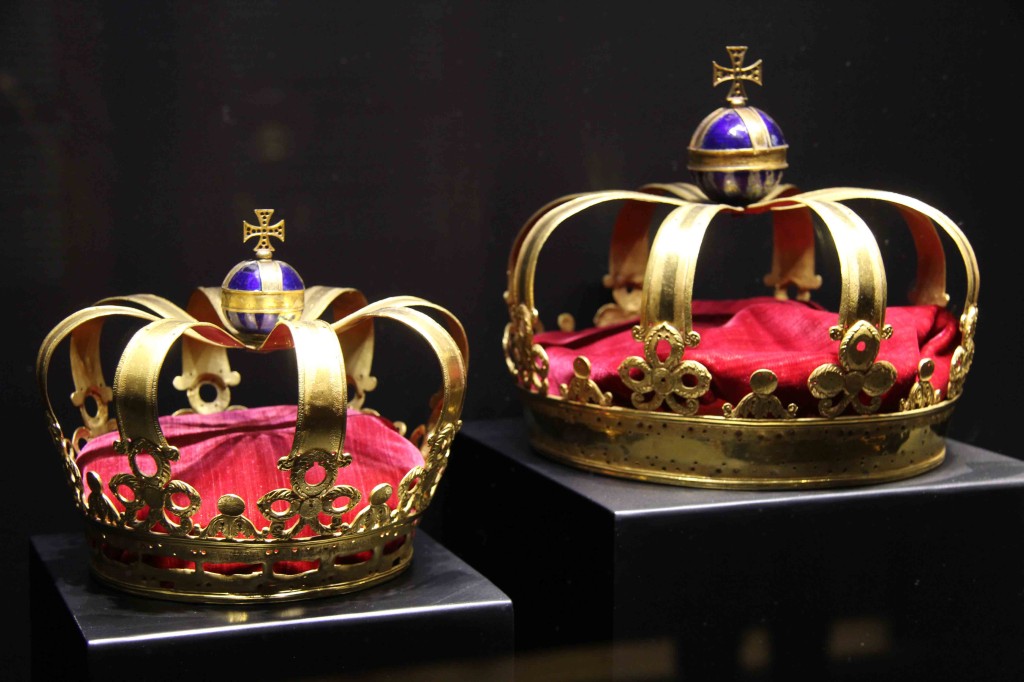 The €15 I spent on the entrance fee and photo permit for Schloss Charlottenburg is the best money I’ve spent in Berlin.  I was impressed by the building’s exterior and the Palace Gardens and Grounds but I found the interior breathtakingly beautiful.

3 Responses to Schloss Charlottenburg – Part 2: Inside the Palace