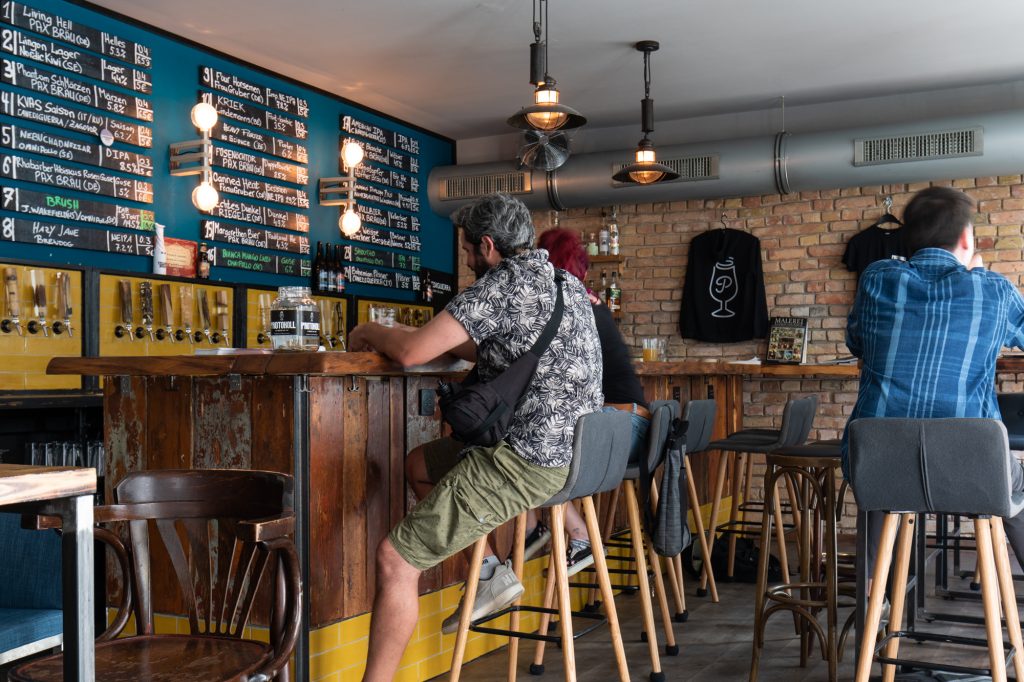 Whether you’re a dedicated beer connoisseur or simply bored of the usual selection of Pilseners and wheat beers on offer at most Berlin bars and Kneipen, Protokoll Berlin, a craft beer bar in Friedrichshain’s Boxhagener Kiez, is the perfect place to broaden your beer horizons. 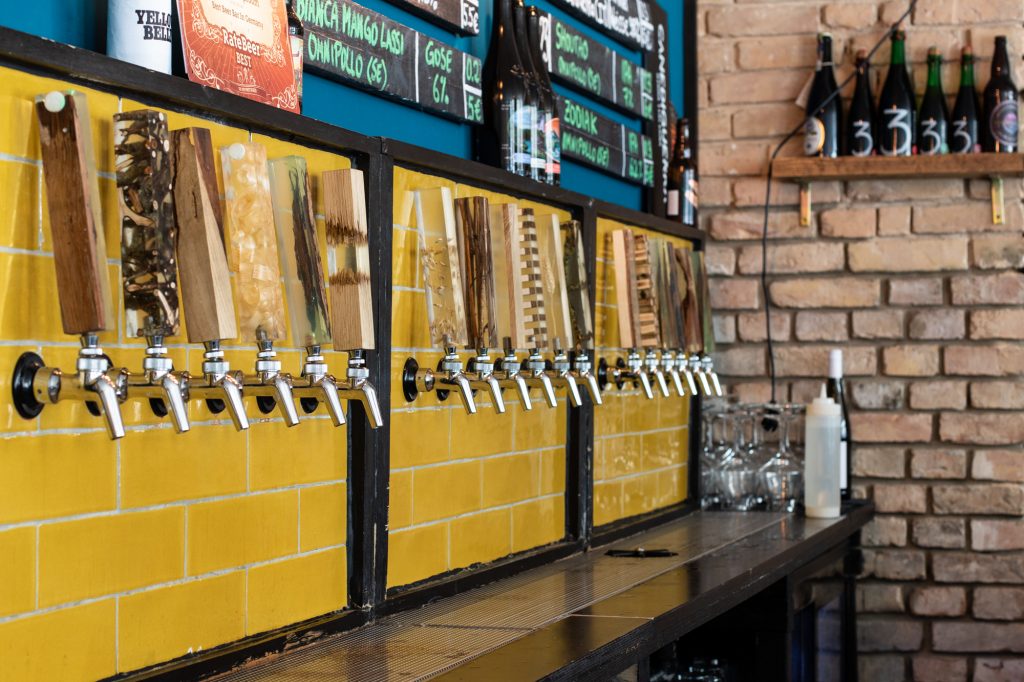 Protokoll has an impressive 24 taps (handmade in Moscow with twigs, branches, pine cones and other wood, gathered from the surrounding forests, encased in epoxy) lined up against the distinctive (and very instagrammable) bright yellow tiles behind the bar, which has been formed from a giant slab of reclaimed wood. The magnificent tap list is backed up by an extensive bottle list. While local breweries are generally well represented, the beer list is an international affair, regularly including Russian breweries not often seen in Berlin (perhaps unsurprising given Zagovor Brewery has a stake in the bar). The wide variety of styles on offer means that there will be something to suit all palates, even those who might not consider themselves beer drinkers. The staff are happy to help customers who are unable to decide when confronted with the 24 mini blackboards detailing the name, style, brewery, country of origin, alcohol by volume, serving size and price of the tap beers, by offering advice and samples. 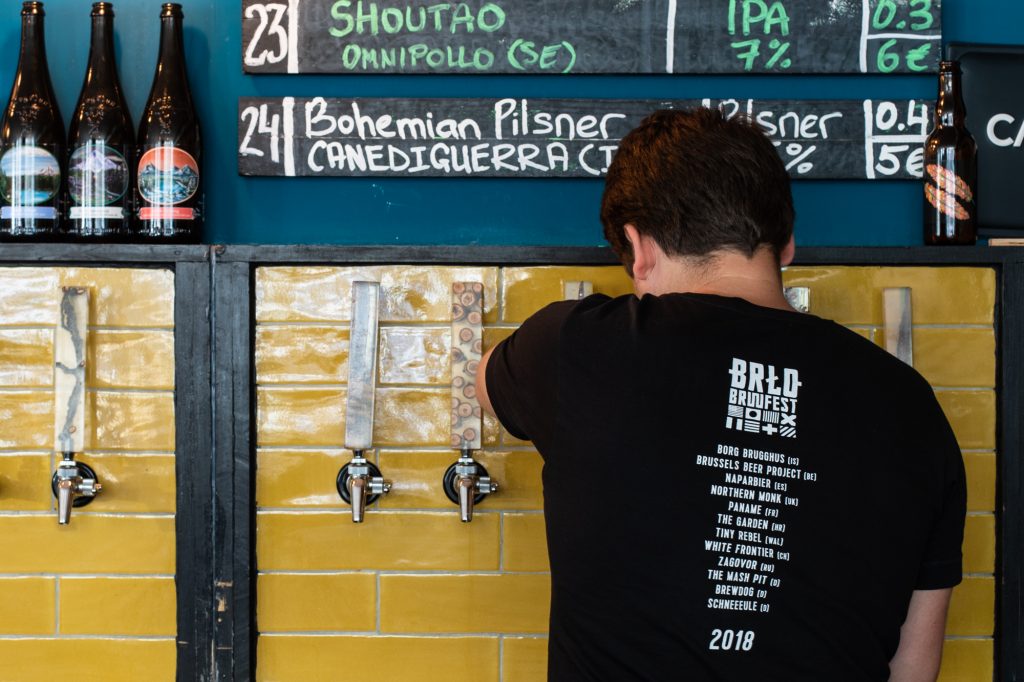 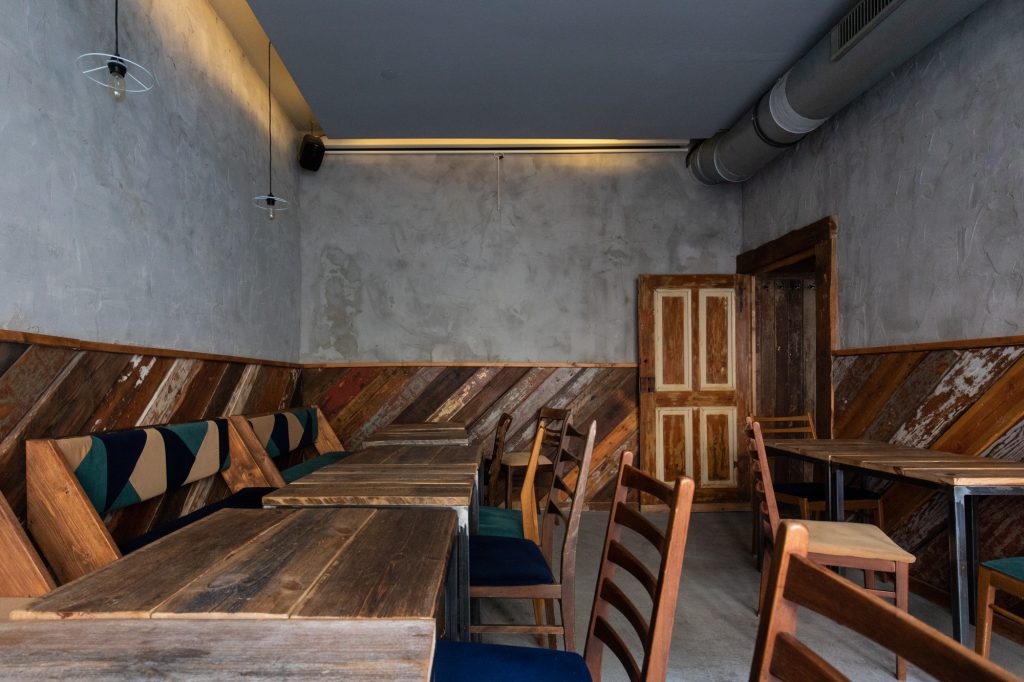 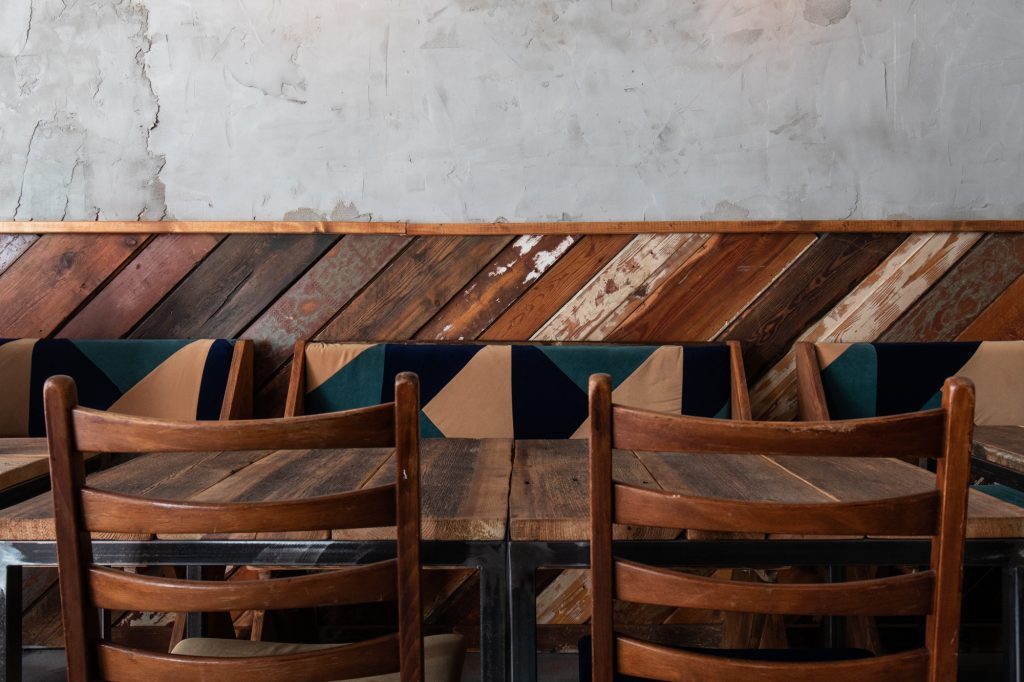 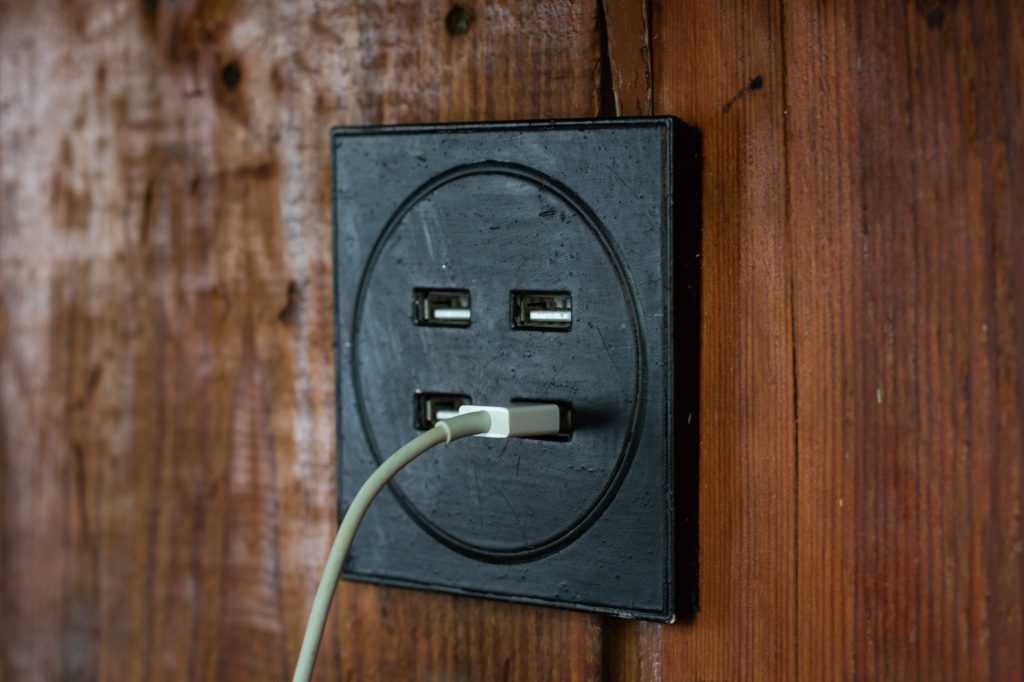 The decor at Protokoll has been carefully thought out. The yellow tiles behind the taps are the perfect contrast to the combination of exposed brick, concrete and mid-blue accents used elsewhere and draw the eye to the intended focal point – the beer. There’s lots of recycled wood and the USB charging points built in under the bar are a nice touch for tech-forward Berliners. The overall effect is a recognisable ‘Berlin look’ with a twist suited to craft beer.

Protokoll doesn’t currently offer food but owner Vadim Kamkalov, a Latvian, who has spent a large part of his life in Berlin, is happy for customers to bring their own. Given the bar’s location in the heart of Friedrichshain, a short walk from Simon-Dach-Straße, there is no shortage of options. I would recommend Al Gazali or Sanabel, both of which offer delicious Schawarma, Köfte and Falafel and are a few minutes away on the streets around Boxhagener Platz.

If you’re looking for more craft beer options in the area: Getränkefeinkost, a bottle shop across the road is your best option for takeaway beers; Labor, a transplant from Budapest’s famous Szimpla Kert ruin bar; Hops & Barley, a veteran microbrewery; and Straßenbräu are all on the way to Ostkreuz. 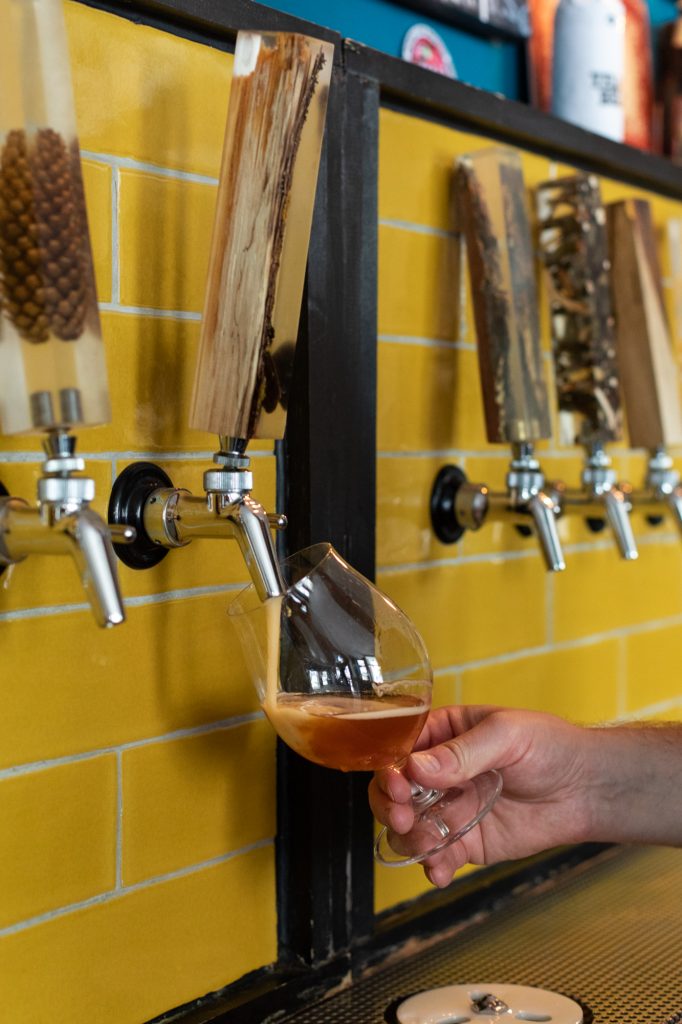 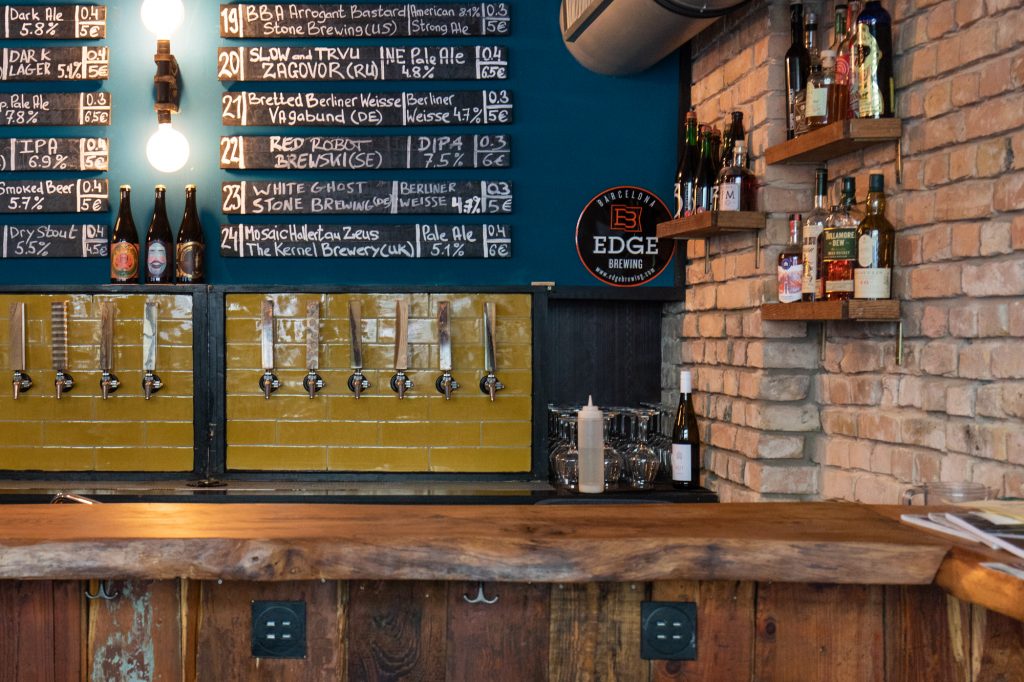 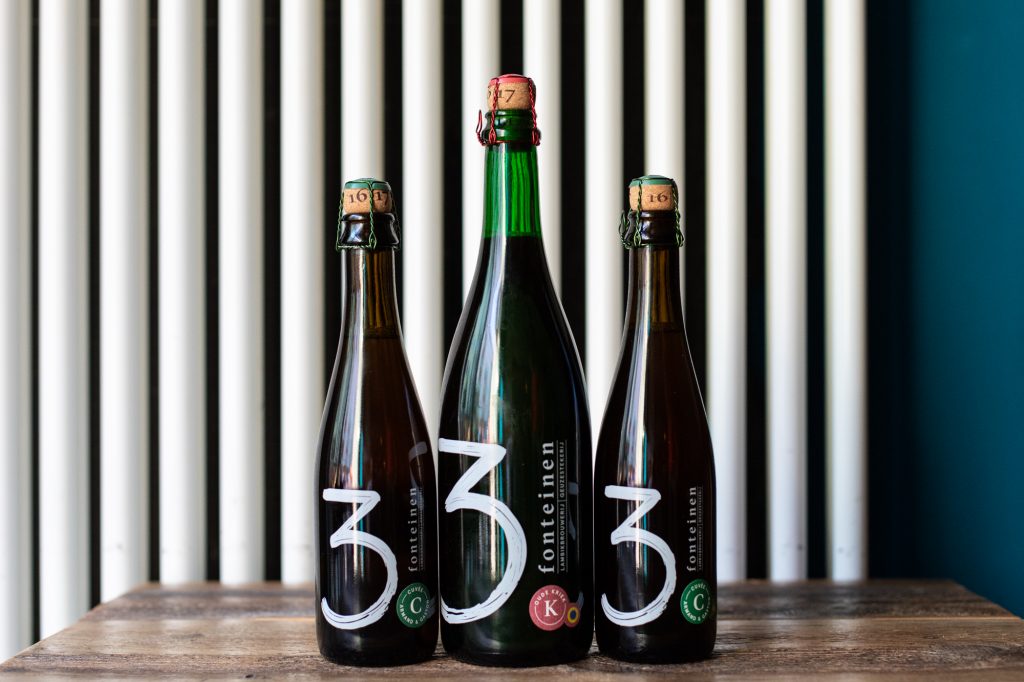 Opened in July 2017, Protokoll has quickly developed a reputation in Berlin and among the wider craft beer community for a high quality beer offering, including exclusive tap takeovers and other special evenings (check here for upcoming events). As a result, the turnover of the taps is fairly frequent. I’m a big fan of a few Sunday afternoon drinks here. It’s the perfect way to relax and get some liquid refreshment after a stroll around the flea market on Boxhagener Platz;  it’s generally a bit quieter so there’s a good chance to chat craft beer; and there will likely be a few new beers on tap, given the inevitable indulgence of the Saturday night crowd. You can check out the current tap list on Untappd and the Protokoll website. 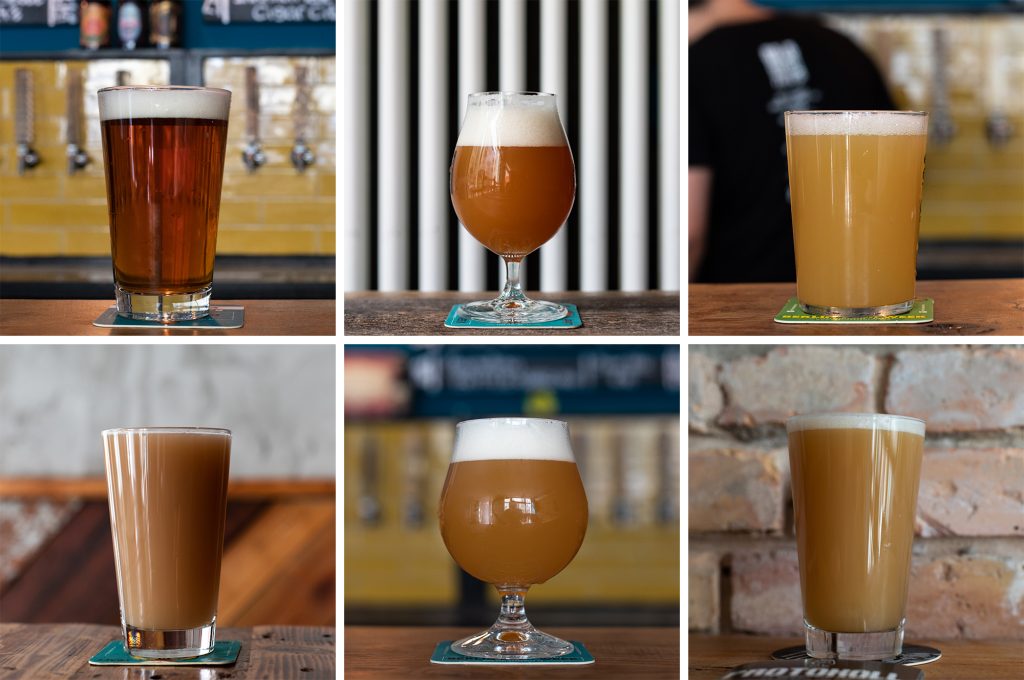 I’ve personally discovered a lot of new beers at Protokoll – a couple of excellent hazy IPAs (Slow & Trve and HazyLeaks) and the beautifully balanced and refreshing Komplott, a Sour that I had in a Raspberry and Passion Fruit variation, from Zagovor are among the highlights. 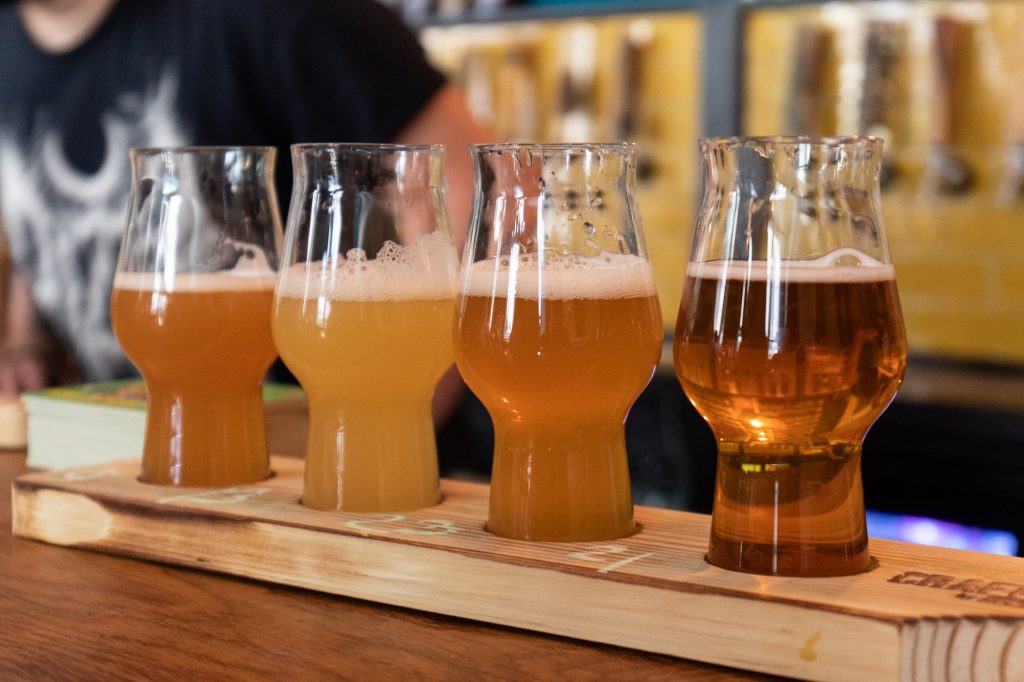 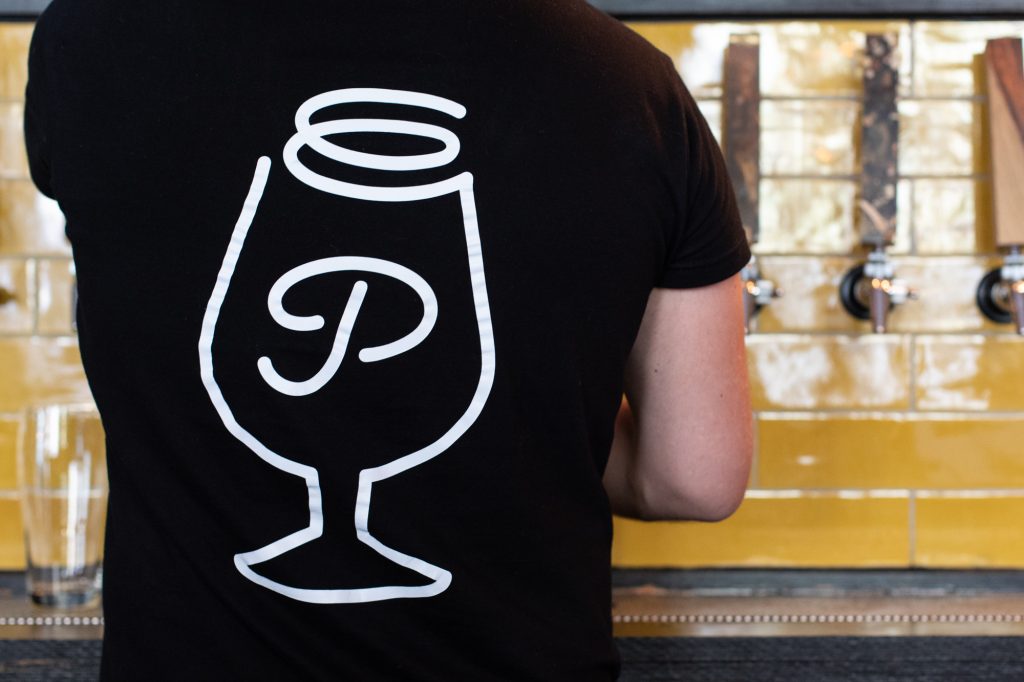 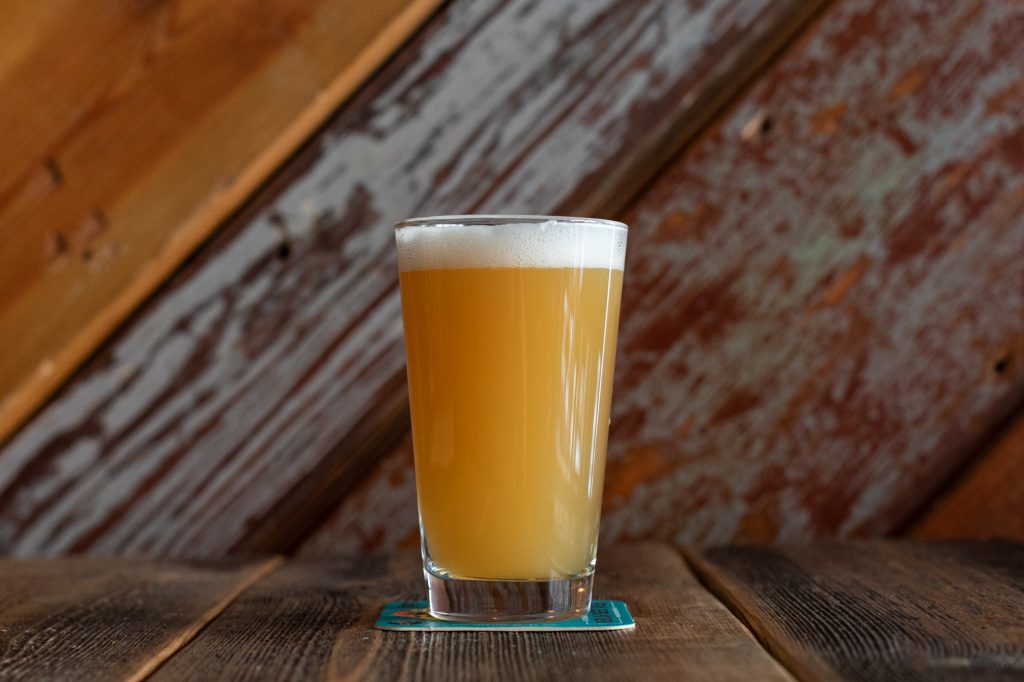 For me, Protokoll Berlin has absolutely nailed it when it comes to the holy trinity for a craft beer bar: a well thought-out and executed interior design and concept; a varied and well curated selection; and patient and knowledgeable staff, who are willing to make recommendations but don’t talk down to customers who are just beginning their craft beer journey – go there now, you won’t regret it (unless they’re closed of course, so check their opening hours here first)!