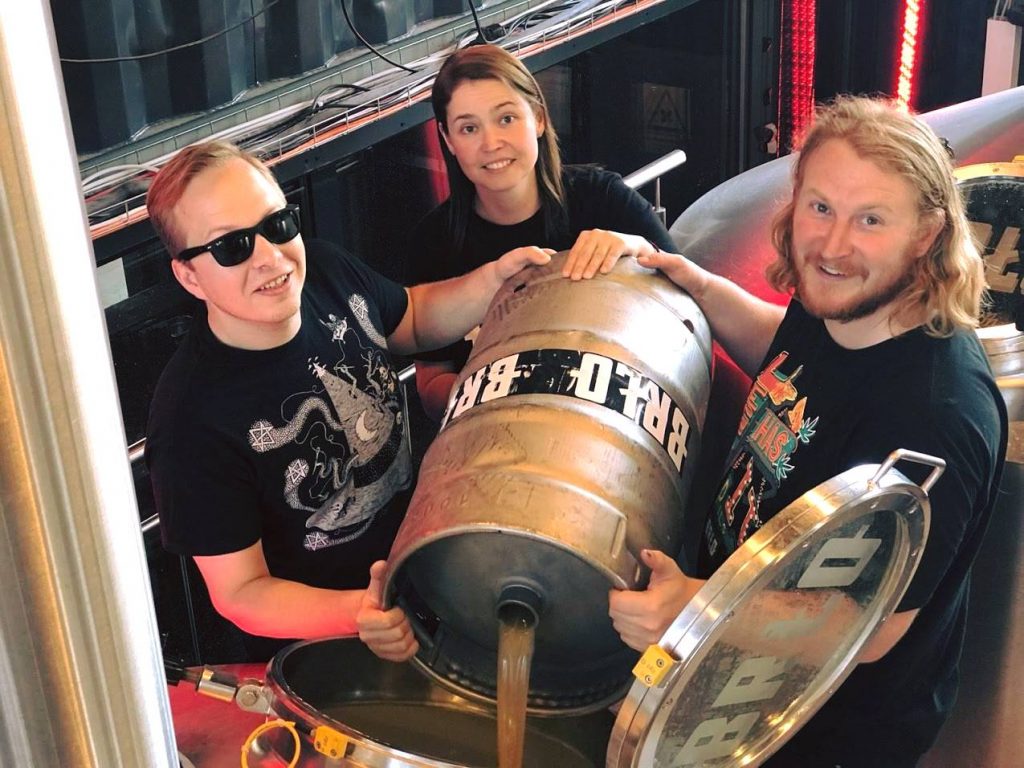 BRLO posted a teaser on their Facebook page this week for a new beer brewed in collaboration with Zagovor Brewery that is due for release during Berlin Beer Week 2018. 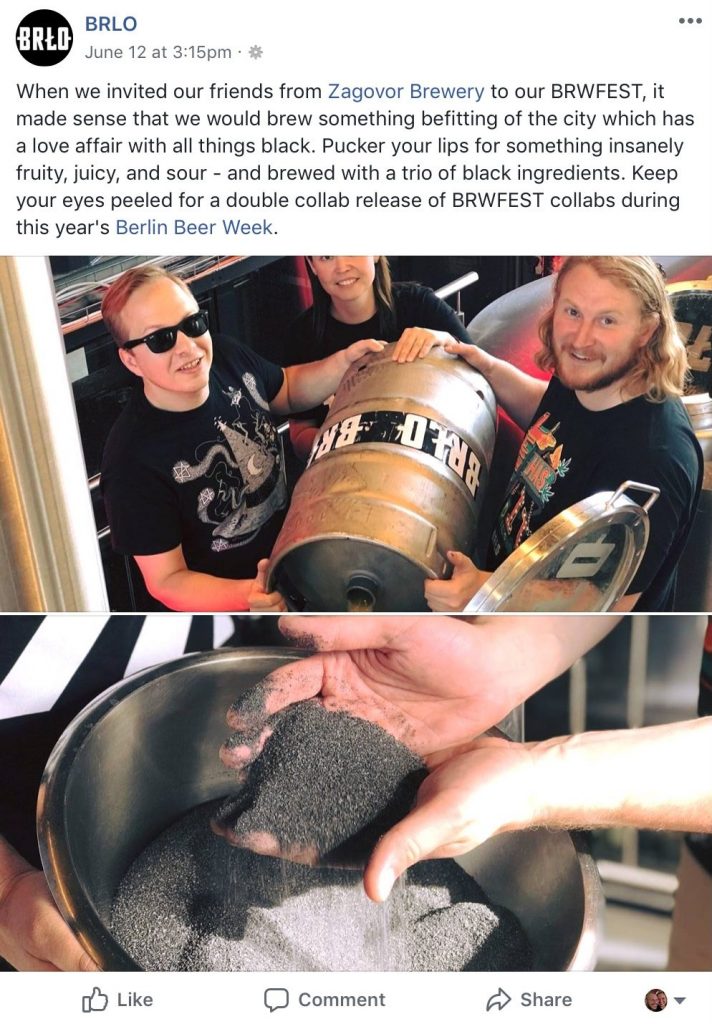 The post from BRLO gives a few hints about what to expect:

When we invited our friends from Zagovor Brewery to our BRWFEST, it made sense that we would brew something befitting of the city which has a love affair with all things black. Pucker your lips for something insanely fruity, juicy, and sour – and brewed with a trio of black ingredients. Keep your eyes peeled for a double collab release of BRWFEST collabs during this year’s Berlin Beer Week.

And Zagovor, a Moscow brewery, whose name Berlin craft beer fans will most likely recognise due to their part ownership of Friedrichshain’s Protokoll Taproom, provided a few more details, describing the beer as a Gose with Black Russian Salt, on their own Facebook page:

Berlin Beer Week runs from 20 to 29 July and will involve events in venues all across the city – expect many other new releases and collaborations, where the beer will undoubtedly be flowing.

I’m not a fan of the Gose style – I first came across it in Leipzig at the Bayerischer Bahnhof Gasthaus & Gosebrauerei, after being told it is a local speciality that I have to drink – but Zagovor’s involvement and the intriguing teaser means I’ll definitely give this one a go.

BRLO and Zagovor are sure to have more to say about their Berlin-brewed Gose in the run up to Berlin Beer Week so keep an eye on their Facebook pages for updates.

FREE BEER – BrewDog is about to give away 100,000 bottles of beer in Germany
Biererei Bar & Vintage Cellar Has a Canning Plan