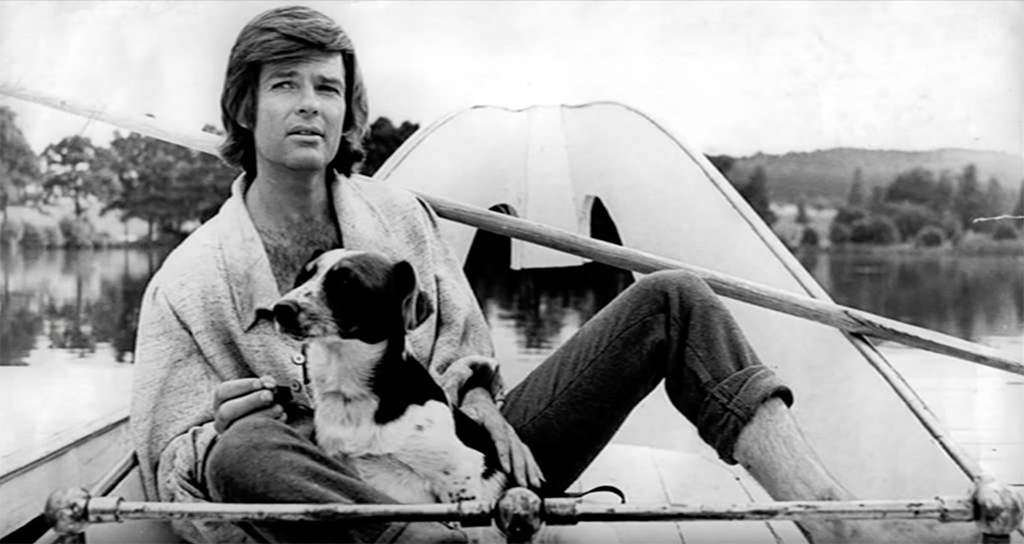 Screenshot from Der Rote Elvis – The Red Elvis on YouTube

The documentary, The Red Elvis, tells the story of the American folk-rock singer Dean Reed, who emigrated to East Germany in 1973 and became a poster boy for the Communist regime.

Born in Denver, Colorado, Reed was relatively unknown in America in contrast to his fame behind the Iron Curtain. In 1958 he signed to Capitol Records but his biggest US-hit The Search, released in 1959 only just scraped its way onto the Billboard charts, peaking at No. 96.

He experienced his first taste of success in the early 1960s on a South American tour to promote his single ‘Our Summer Romance’, where his popularity exceeded that of Elvis Presley.

He developed an interest in the political scene while living in Chile and became an outspoken socialist. After spells in Argentina, Spain and Italy, Reed settled in East Germany in 1973 and performed extensive tours of Eastern Bloc countries.

It seemed to me hearing stories recounted by his contemporaries throughout the documentary that Dean Reed led a very contradictory life. He professed comradeship with the proletariat and extolled the virtues of communism but never renounced his US citizenship, displayed the star-spangled banner in his apartment and enjoyed luxuries and freedoms way beyond the scope of the average citizen.

A further pattern emerges of difficulties in his personal relationships. In each of his three marriages, a magical first flush of love and happiness was followed by disinterest and depression.

I was left with the impression of a man with a hero complex. A sequence filmed in Palestine shows Reed running around with a rifle, growing a beard and singing for Yasser Arafat. The whole thing has the air of playing at soldiers rather than a willingness to fight for the cause. His film roles, especially in East Germany were an extension of his stage persona and Reed inevitably saved the day in the end.

At a time when his fame was waning and his third marriage was crumbling Dean Reed was found dead in the Zeuthener See, a lake near his East Berlin home, in June 1986. Reed was 47 years old.

The cause of death has been hotly debated. The official cause of death was recorded as accidental drowning, however, a suicide note was subsequently found scribbled on a screenplay in his car. There are still some, who despite this evidence suspect foul play – the Stasi, the KGB and the CIA are all put forward as the perpetrators.

Some of the footage in The Red Elvis (Der Rote Elvis in the original German) comes from an earlier documentary, released before his death, An American Rebel: The Dean Reed Story, that paints a more romanticised version of his life.