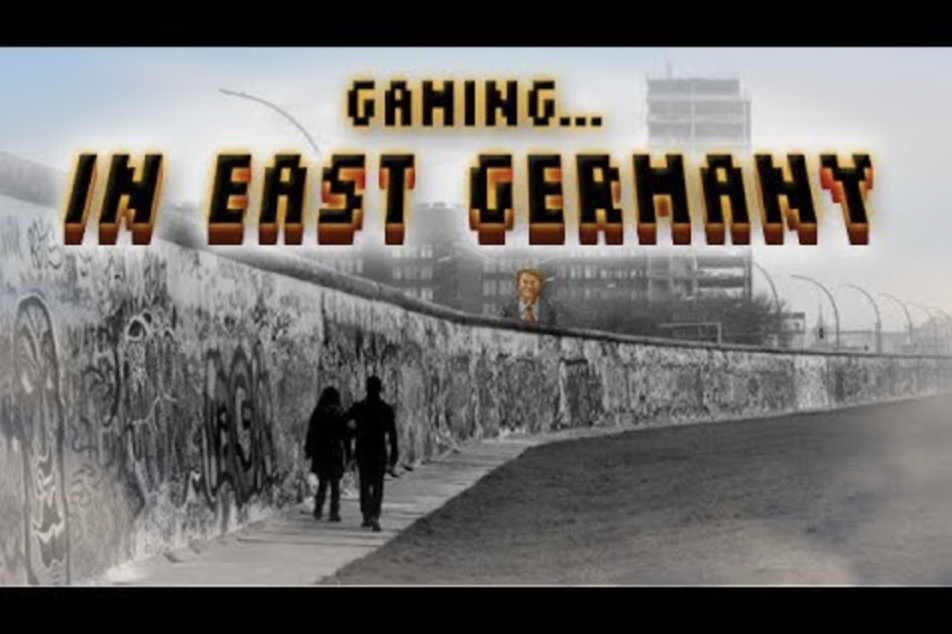 Gaming Beyond the Iron Curtain: East Germany by Super Bunnyhop on YouTube

Gaming Beyond the Iron Curtain: East Germany is a short documentary about the personal computer and arcade video game industry in the GDR during the Cold War.

As the narrator, Super Bunnyhop, summarises at the end of the video:

If you ever need an example of the complicated intersection between politics and entertainment, look no further than these stories explaining what it was like playing video games in East Germany.

I, like ‘the Germans’ mentioned in the introduction, was “surprised to hear that the GDR had video games at all”.

Despite living in Berlin for several years now and researching a lot of elements of the city’s divided past I still feel like I don’t understand enough about day-to-day life in the GDR. I had assumed that video games would be deemed too capitalist and too much of a luxury to have been developed behind the Iron Curtain.

However, although there were computers and video games in the East, it is clear that the technology was vastly inferior compared to Western counterparts.

A handful of computers were brought back from visits to the West but the prohibitively high price of bringing them over the border severely restricted their numbers. Ostblock-manufactured computers weren’t cheap either – they cost as much as a month’s salary.

As an example of the difference in the computers, the 8-bit KC85/3, which ran on clones of out-of-date American chips ran at half the speed of my first computer, the ZX Spectrum. As a side-note I still remember the excitement when we upgraded our ZX Spectrum from 16KB to 48KB in the 80s.

This lack of processing power severely handicapped developers in the East and knock-offs of popular Western titles like PAC-MAN, with blocky graphics dominated the games market.

The communists may have been lagging behind in the engineering stakes but they never missed a trick when it came to exploiting the opportunities presented by popular culture for propaganda opportunities.

Computer games possess objective tendencies to convey the ideas and values of socialism to children by means of play and fable.

A good proportion of the footage used in the documentary was shot in the Computerspielemuseum on Karl-Marx-Allee, which I have neglected to visit; after watching Gaming Beyond the Iron Curtain: East Germany, I’m determined to correct that mistake.

German-speaking readers might also like to check out this report on ‘Computerspiele in der DDR’ from the EinsPlus TV Magazine show Reload.

Mark Twain – The Awful German Language
FREE BEER – BrewDog is about to give away 100,000 bottles of beer in Germany