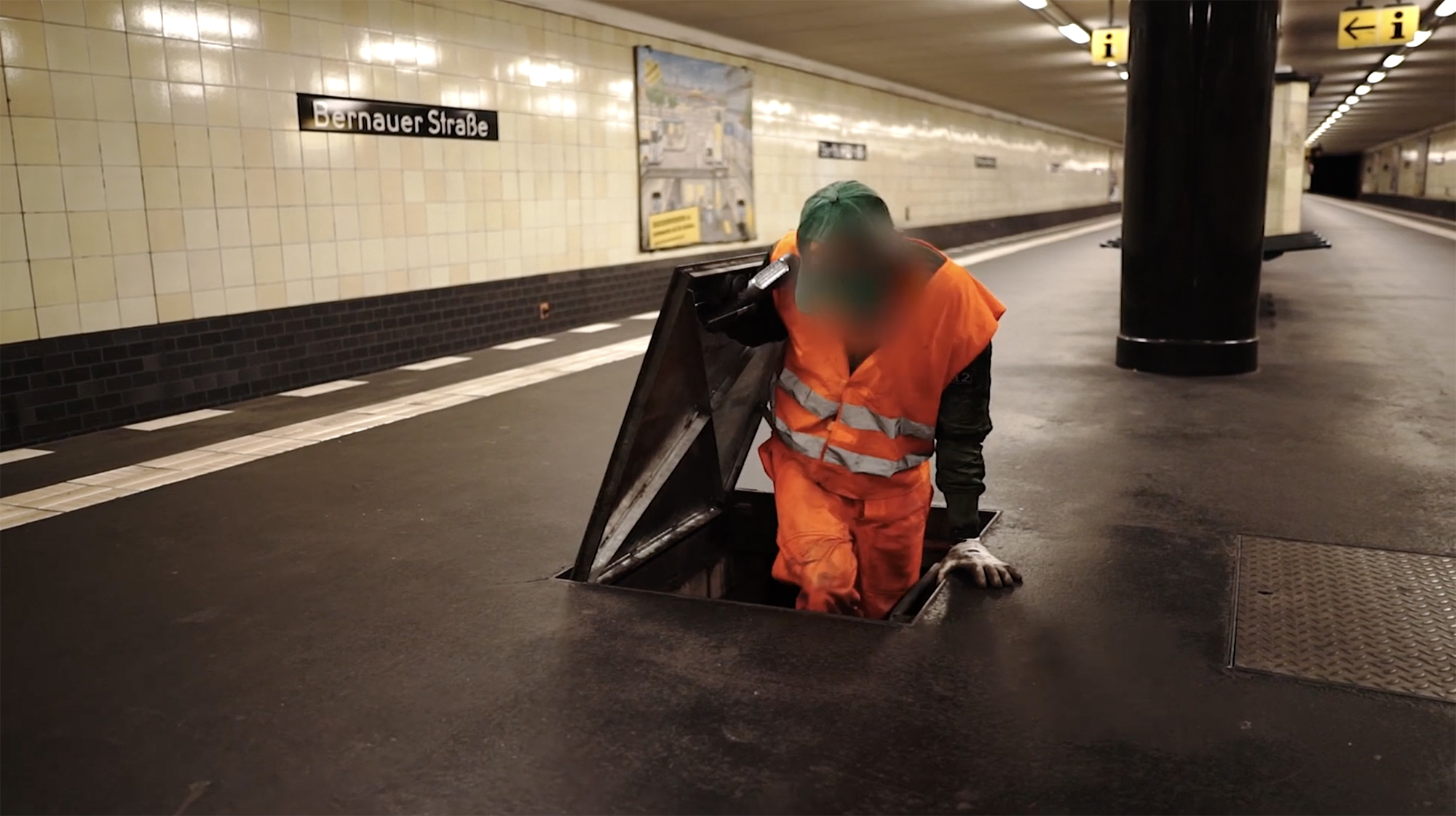 THE ANNOUNCEMENT is an art intervention dealing with surveillance in public spaces by the audacious Berlin art collective Rocco and his Brothers.

Given the unprecedented intrusions into the privacy of East German citizens perpetrated by the Stasi, it is understandable that the increase in surveillance and the conflict between privacy concerns and security is an issue that is fiercely debated in Berlin. A face-recognition software trial at Südkreuz station has proved particularly controversial.

Artists have found many ways to express the complexities of the issue and extent of modern surveillance; the C/O Berlin gallery staged the wonderful Watched! Surveillance, Art & Photography exhibition exploring the theme earlier this year.

Rocco and his Brothers first rose to prominence when they constructed a room in an U-Bahn tunnel near Rathaus Steglitz, complete with a bed, an armchair, a potted plant, wallpaper and some carefully selected reading material.

The installation even briefly appeared on Airbnb:

Loft character, retro chic, rough. Perfect for big city people who appreciate the little things. The apartment was completely modernised in 2016 and is despite its central location very quiet (as long as you wear ear plugs). Well suited for commuters and dossers. The apartment has everything you need for a pleasant stay: cable TV (RTL, RTL II) and a bed that will take you back to your childhood.

Since that first attention-grabbing installation, the Berlin underground network has been a recurring theme and location of several works prompting many to speculate that Rocco could be a disgruntled BVG employee. While that is yet to be proved, it is clear from the video for THE ANNOUNCEMENT that Rocco and his Brothers have an intimate knowledge of Berlin’s underground stations and tunnels.

My first reaction when I saw the video was that the artists are incredibly bold. Setting up this intervention involved carrying a lot of equipment and accessing locked and restricted areas and must have taken a considerable amount of time. Much of the work was clearly done at night but the final touches were carried out in full view of passengers on the station platform during the day.

It is perhaps their boldness though that leads people to think that they’re not doing anything they shouldn’t be.

THE ANNOUNCEMENT | Rocco and his Brothers