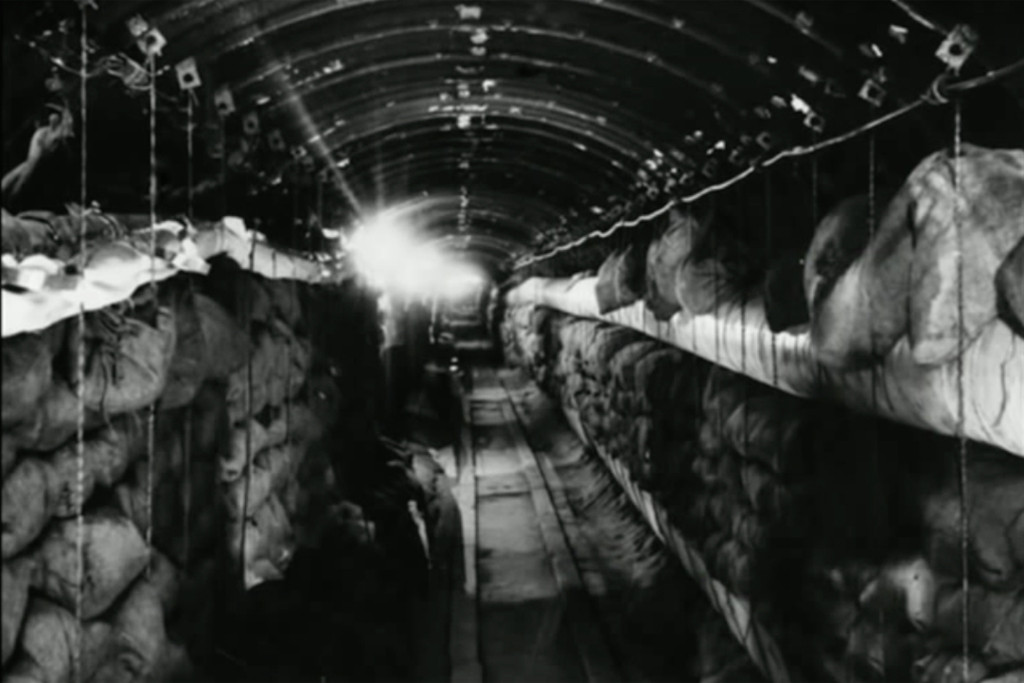 Photo: Still from Spies Beneath Berlin

Spies Beneath Berlin is a documentary about Operation Gold, a joint undertaking by MI6 and the CIA in the 1950s to build a tunnel from West to East Berlin to intercept Soviet intelligence communications.

One of the most valuable and daring operations ever undertaken.

In 1951 the already tense relationship between the Soviet Union and the Allied Powers in Berlin was further strained when the Soviets stepped up the testing in their atomic program.

UK and US intelligence services were determined to have the earliest possible warning of a nuclear strike and Peter Lunn, head of the MI6 Berlin office, devised a plan to intercept messages between the Soviet Command Centre at Wünsdorf and Moscow.

Aided by CIA informants at the East German Post and Telecommunications Ministry, Lunn and his CIA counterpart Bill Harvey initiated Operation Gold.  What they didn’t know is that George Blake, a communist sympathiser and KGB spy within MI6, had leaked information about their strategy to his handlers.

The wire taps in the tunnel, which was over 400m long and less than half a metre below the surface, became operational in May 1955.

Communications were closely monitored until the tunnel was “discovered” in 1956.  Attempts to use the tunnel’s discovery as a propaganda tool backfired.  Rather than causing the Americans embarrassment (they weren’t aware of the British involvement) as the Soviets hoped, the operation was generally celebrated as a success in the Western press.

Only 5 years later with the arrest of George Blake did his betrayal of the tunnel and the Soviets’ knowledge of the operation become apparent.

Operation Gold and the tunnel featured in the documentary Spies Beneath Berlin is the background to the Ian McEwan novel, The Innocent and a section of the tunnel is on display at the Allied Museum in Berlin.

Atomteller – Wall plates for the nuclear family
Berlin Christmas Markets 2015: 6 of the best