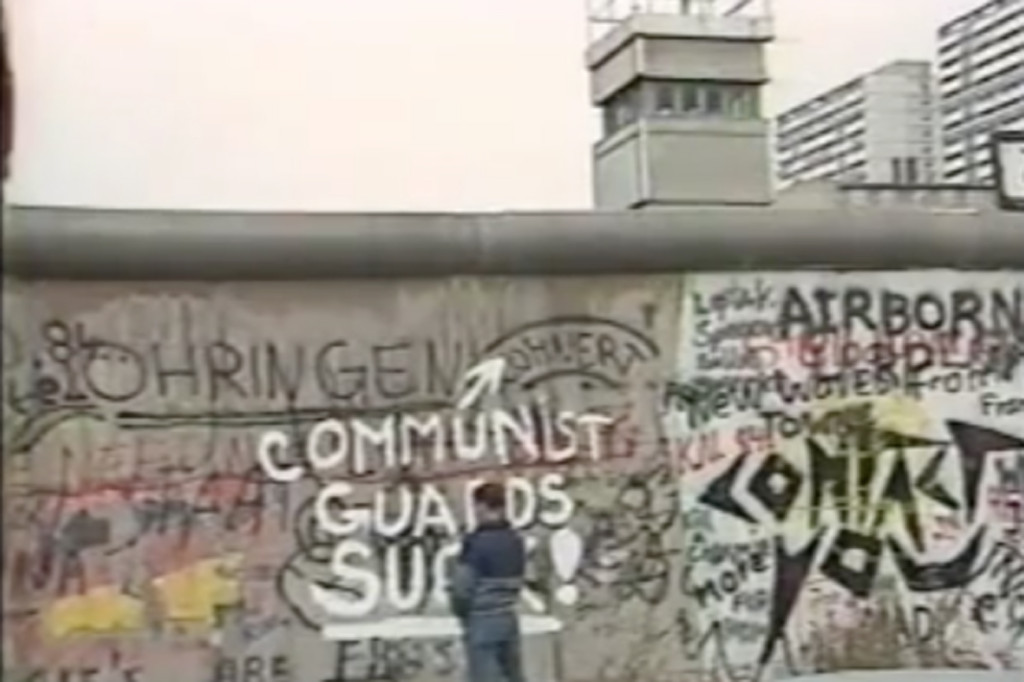 Photo: Screenshot from ‘Berlin Wall 1984’ by AZCelts on YouTube

“West Berlin, West Germany in 1984 near Checkpoint Charlie in the American sector of the divided city.  A 24 year-old man decides to relieve himself on the wall separating the West from the East.”

It is surely no coincidence that the young man chooses a spot marked with the graffiti ‘Communist Guards Suck!’ for his act of defiance, as the Berlin wall was a hated symbol of the communist regime.

I can’t help thinking how dangerous it must have been to take a leak against the Berlin wall in 1984 in sight of a watchtower manned by East German guards.

3 Responses to Berlin Wall 1984 – A Clearly Pissed Off Man