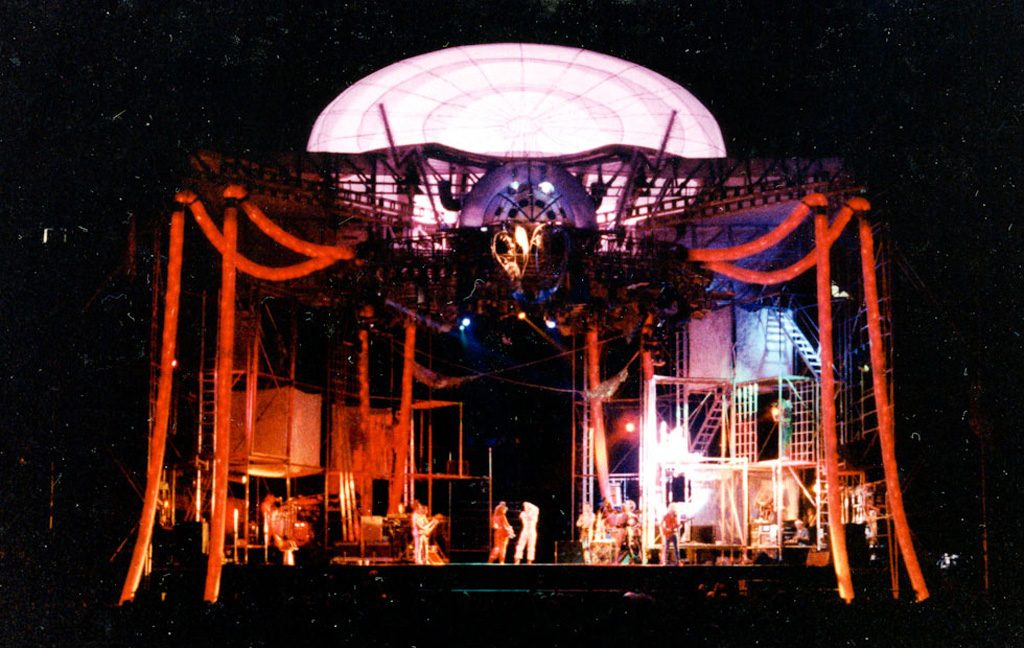 The David Bowie Berlin concert of 1987 is often cited as one of the events that helped bring down the Berlin wall and the German Foreign Office paid an incredible tribute to David Bowie in a tweet following the announcement of his death.

Good-bye, David Bowie. You are now among #Heroes. Thank you for helping to bring down the #wall. https://t.co/soaOUWiyVl #RIPDavidBowie

On 6 June 1987 as part of his GLASS SPIDER tour Bowie performed on a stage in front of the Reichstag with thousands of fans filling the Platz der Republik as part of the three day ‘Concert for Berlin’.

It has since been claimed that the location of the concert so close to the wall was a deliberate act of provocation to the East German authorities.  According to Deutsche Welle, the concert promoter Peter Schwenkow ‘says that at least a quarter of the speakers were indeed pointed at the eastern part of the city’.

As well as the fans who gathered on the Eastern side of the wall to listen to the concert thousands likely tuned into RIAS (Radio in the American Sector), who broadcast the full concert live.

At the end of the song Time Will Crawl (the sixth part of the playlist below) Bowie introduced his band and then (in German) said, “we send our best wishes to all of our friends who are on the other side of the wall.”

In an interview with Bill de Main first published in the September / October 2003 issue of Performing Songwriter and republished here he spoke about how special the performance was:

I’ll never forget that.  It was one of the most emotional performances I’ve ever done.  I was in tears.  They’d backed up the stage to the wall itself so that the wall was acting as our backdrop.  We kind of heard that a few of the East Berliners might actually get the chance to hear the thing, but we didn’t realize in what numbers they would.  And there were thousands on the other side that had come close to the wall.  So it was like a double concert where the wall was the division.  And we would hear them cheering and singing along from the other side.  God, even now I get choked up.  It was breaking my heart.  I’d never done anything like that in my life, and I guess I never will again.  When we did “Heroes” it really felt anthemic, almost like a prayer.  However well we do it these days, it’s almost like walking through it compared to that night, because it meant so much more.

A week after the concert Ronald Reagan stood on a stage in front of the Brandeburg Gate just a stone’s throw from the spot where Bowie performed and urged Michael Gorbachev to “tear down this wall”.

There are unfortunately a few parts (1, 3 and 11) missing but much of the David Bowie Berlin Concert in 1987 from his GLASS SPIDER tour is available on YouTube – enjoy!