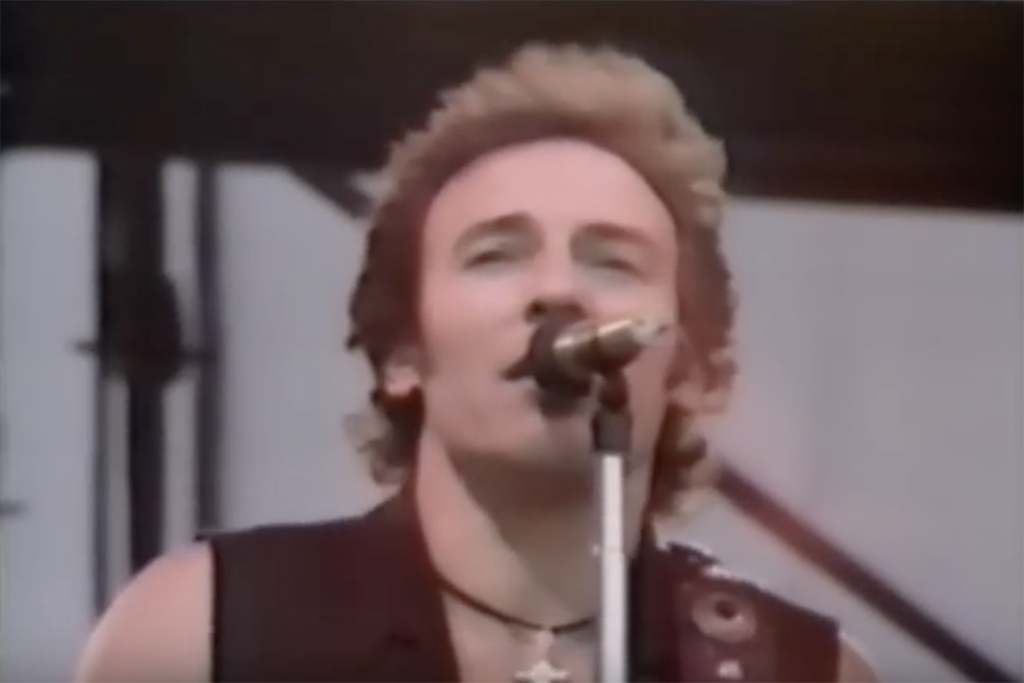 There are several people and events that get cited as contributing to the fall of the Berlin wall and the Bruce Springsteen East Berlin Concert in 1988 comes up often. The Boss was at the height of his fame, a rock ’n’ roll demigod, who embodied an all-American spirit due to the associations with his 1984 hit Born in the USA, which made his performance in communist East Germany all the more surprising.

A little over a year earlier when David Bowie played in West Berlin on his Glass Spider tour, the East Germans who gathered at the wall to listen in were beaten back by riot police. The government realised that their extreme reaction only fuelled the rebellion among young East Berliners. The youth branch of the ruling Socialist Unity Party, the Free German Youth (Freie Deutsche Jugend – FDJ) organised the Bruce Springsteen East Berlin concert in an attempt to appease a young population increasingly disillusioned with the communist regime.

Officially, 160,000 tickets were sold for the concert at Radrennbahn Weissensee on 19 July 1988 but music fans desperate to see The Boss weren’t to be put off by the lack of a ticket. A massive crowd – 300,000 or even 400,000 according to some reports – screamed as Springsteen took to the stage, said “It’s nice to be in East Berlin”, and launched into Badlands.

One of the most memorable moments in the concert was the speech Springsteen delivered in German before he played his cover of Bob Dylan’s Chimes of Freedom (it has been edited out of the concert footage below but you can see it here).

It’s nice to be in East Berlin. I want to tell you, I’m not here for or against any government. I came to play rock ‘n’ roll for you East Berliners in the hope that one day all barriers will be torn down. I thank you.

At the end of a 4 hour concert, to tumultuous applause, Bruce Springsteen waves, blows a kiss, bows and leaves the stage. It was a truly memorable performance and not just for the East Germans who were there. Reflecting on the show years later, Springsteen said:

Once in a while you play a place, you play a show that ends up staying inside of you, living with you for the rest of your life. East Berlin in 1988 was certainly one of them.

While the sound quality isn’t always great this video of the Bruce Springsteen East Berlin Concert at Radrennbahn Weissensee in 1988 is YouTube gold.