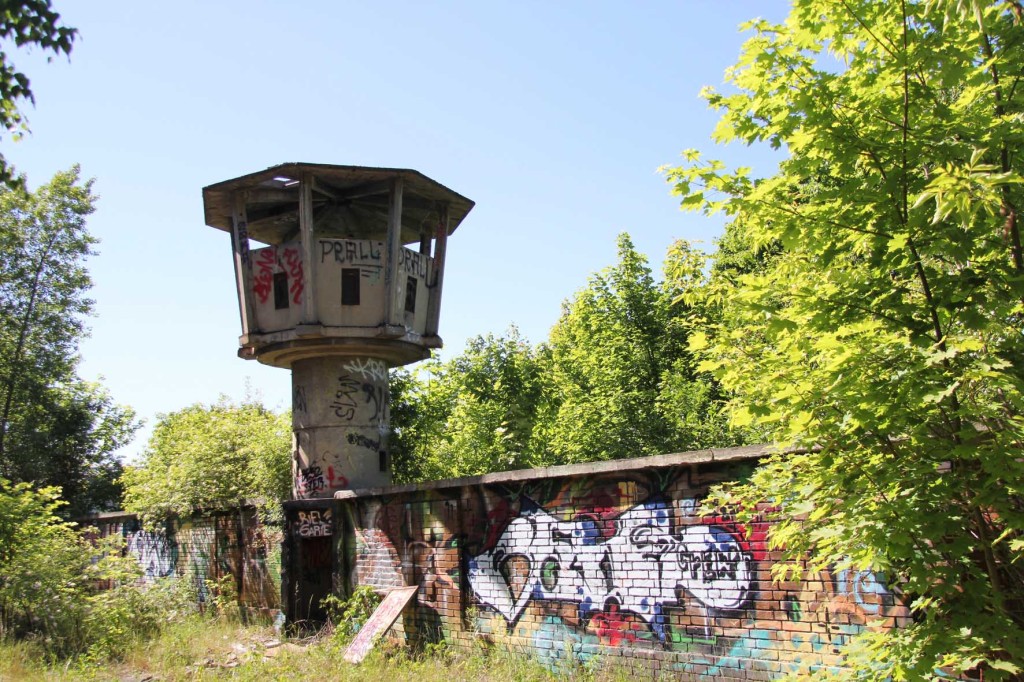 It’s not every day you get to climb an abandoned DDR-era watchtower in Berlin and unlike the tower on Erna-Berger-Strasse that it resembles, the one I climbed in Weißensee recently has not been restored. 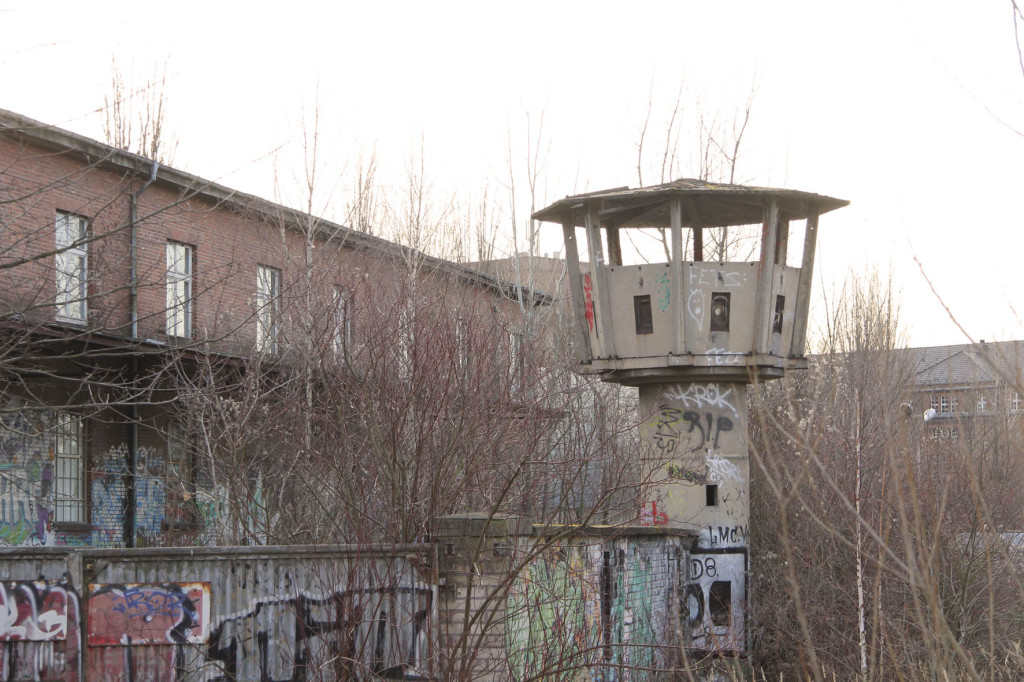 When I first stumbled across the watchtower last year I was a bit confused because I was several kilometres away from the former East-West border.  A little research revealed that the tower was built in 1970 and used to watch over the surrounding buildings that housed the Hauptabteilung Personenschutz (Department of Personal Security) of the Ministerium für Staatssicherheit (MfS), or Stasi as it is commonly known.

The Stasi took over the buildings, a former arms factory, from the Soviet administration in 1953 and Hauptabteilung Personenschutz was responsible for the protection of the party leadership and visiting dignitaries. 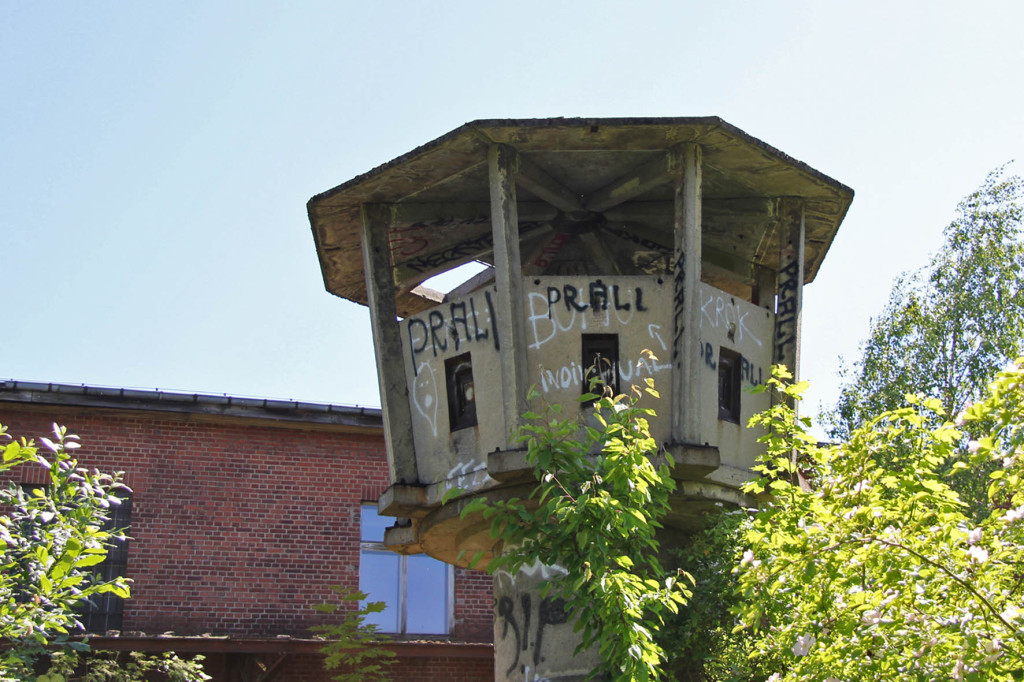 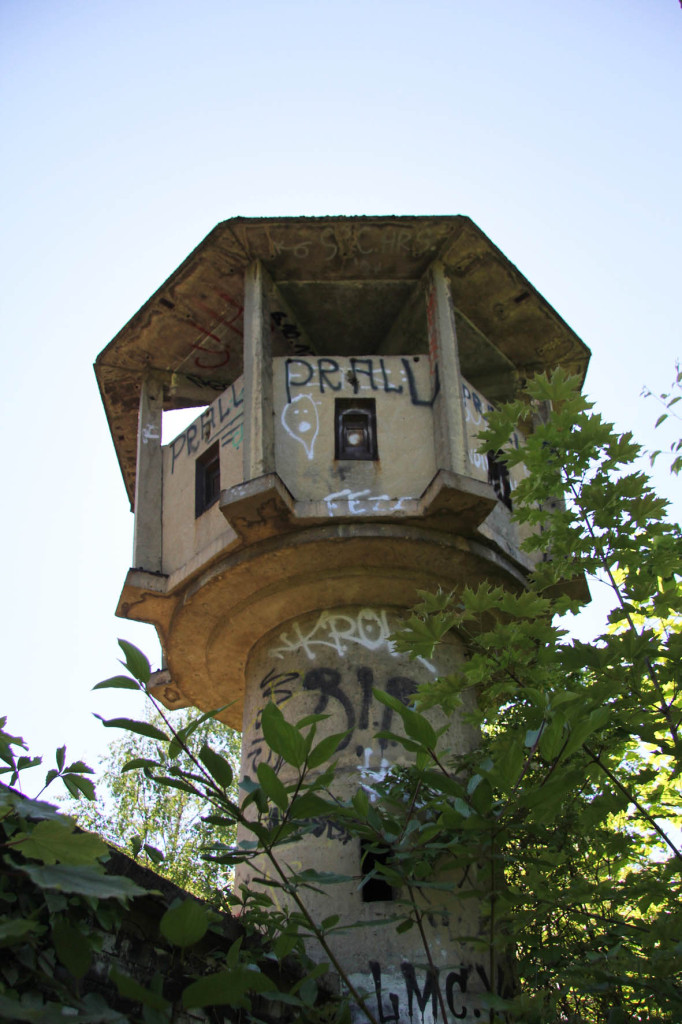 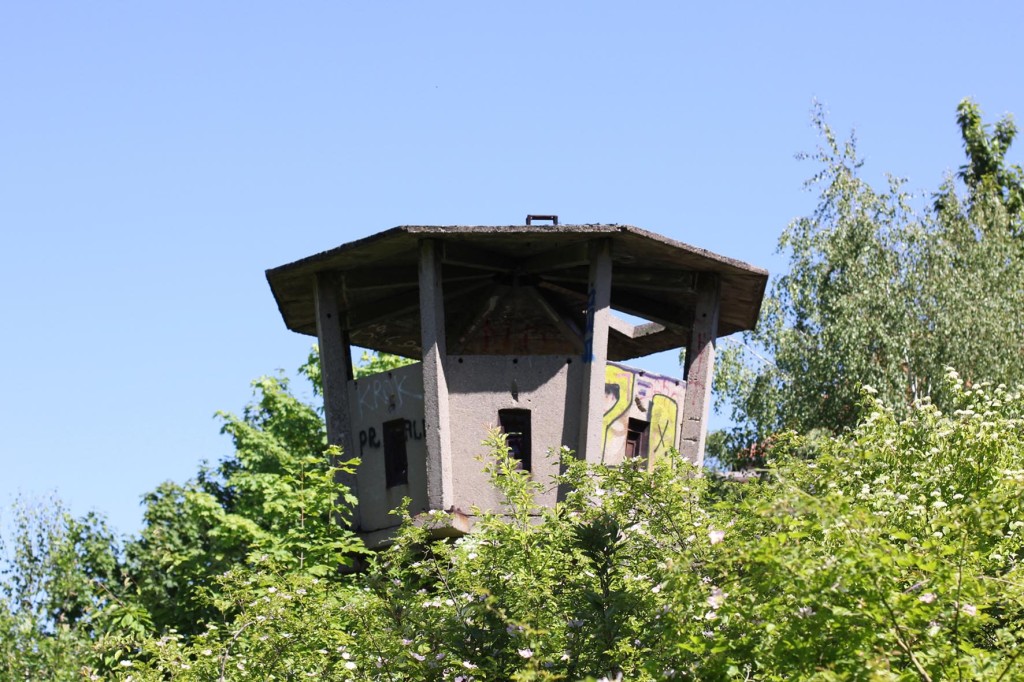 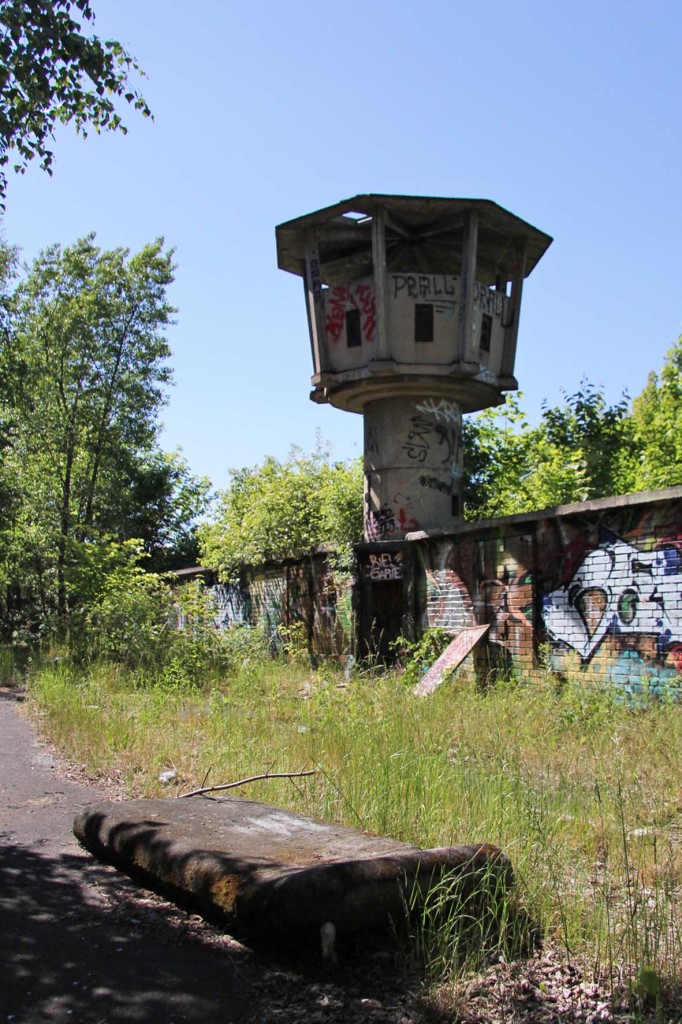 The watchtower, as well as the surrounding buildings that it was used to observe, is protected under Denkmalschutz (listed building status).  I was therefore a little surprised when I discovered a couple of weeks ago that I could get in to it. 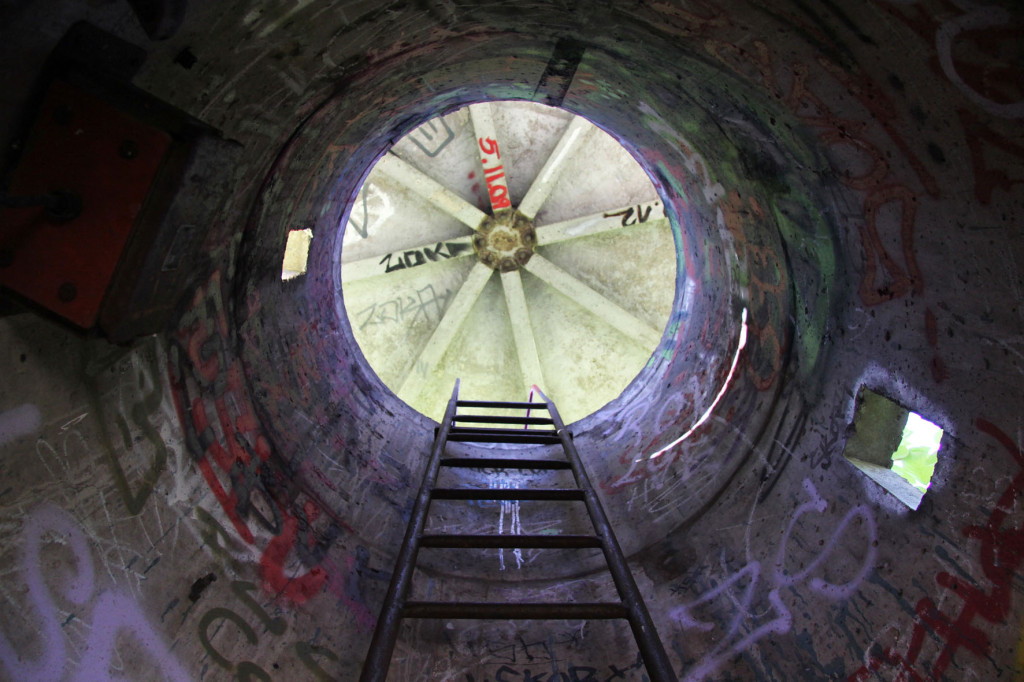 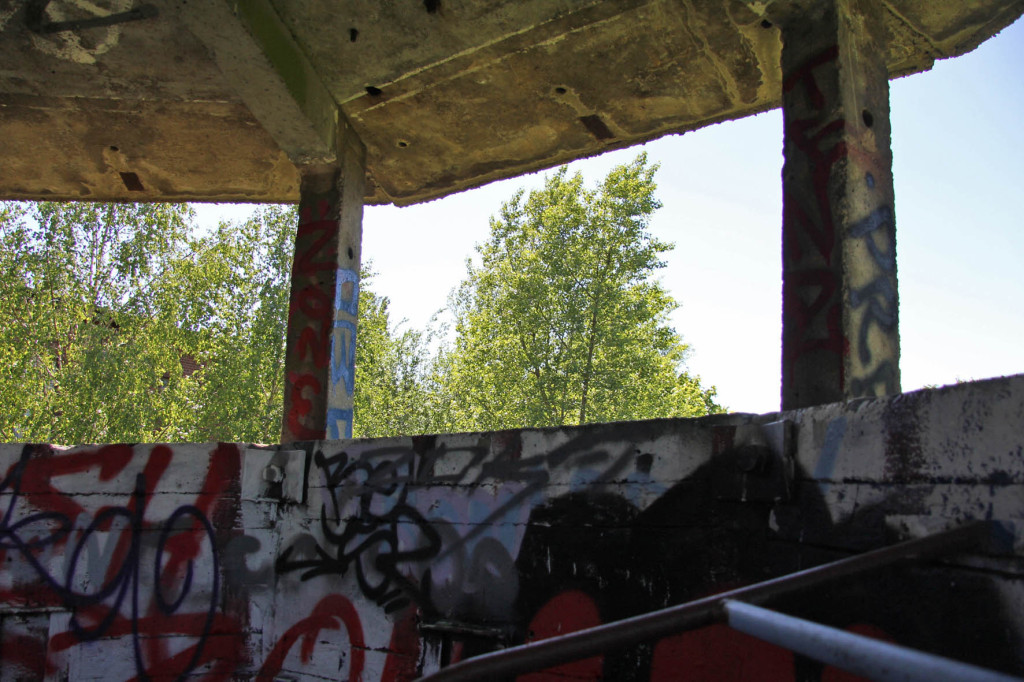 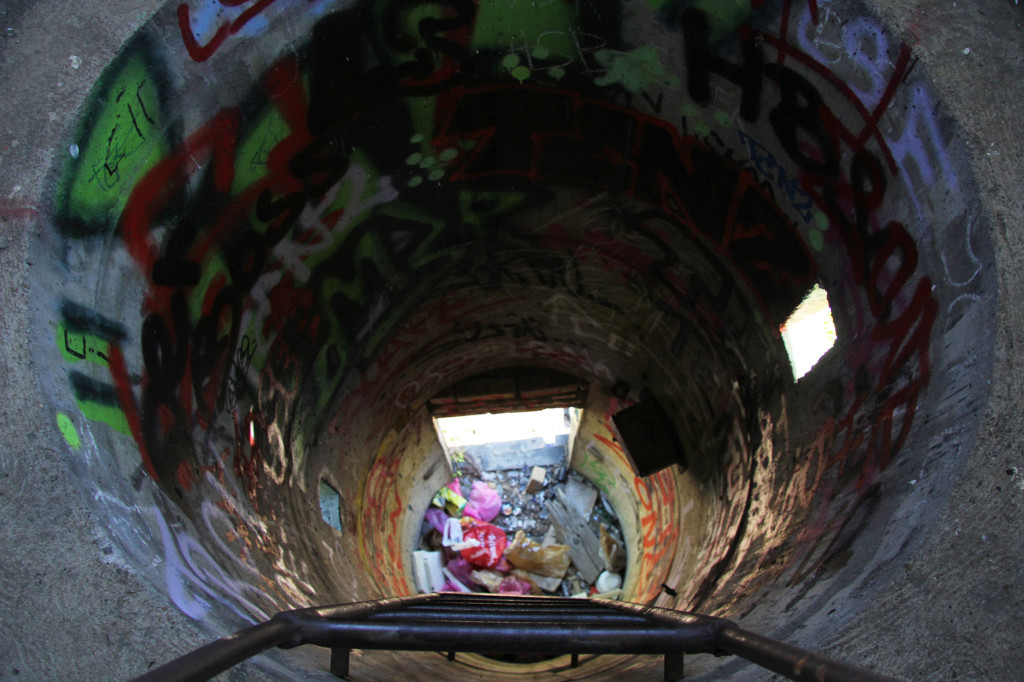 The floor under it is now littered with rubbish but the ladder was stable and safe to climb, however, the view from the top of the watchtower of the overgrown scrubland and the industrial buildings it overlooks is a little underwhelming.

I believe that like its Berlin wall counterpart on Erna-Berger-Strasse the abandoned watchtower may be a BT-6 model, however, despite spending hours trawling forums and reading VEB ZEKB Berlin (a company responsible for centralised planning and construction in East Germany) project documentation I’m not 100% certain.

One Response to The Watchtower Where The Watchers Were Watched