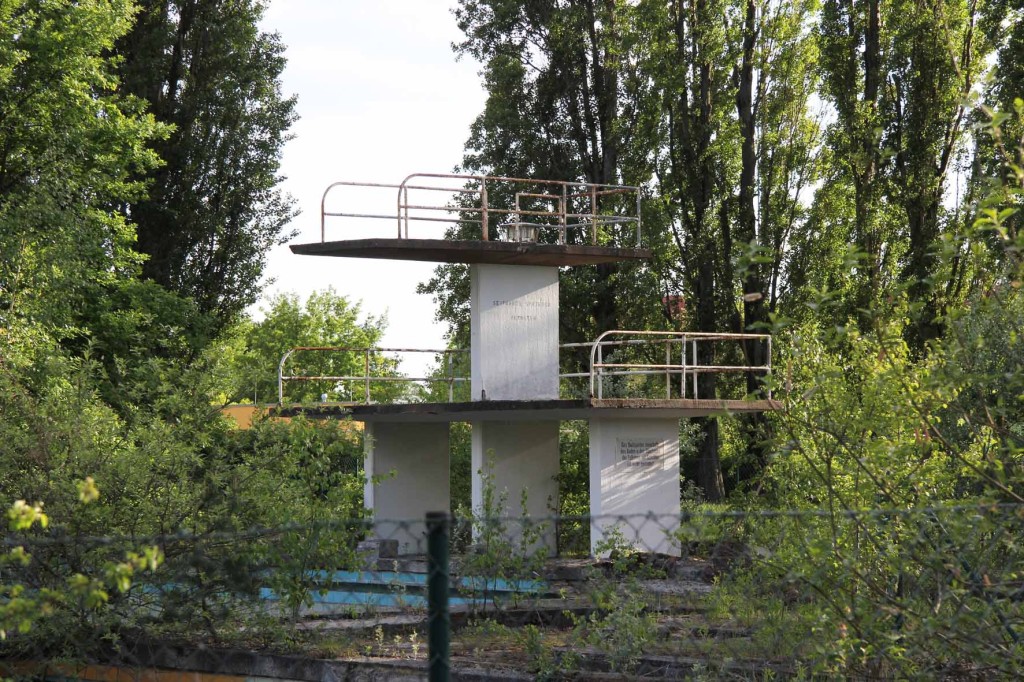 The water at the BVG Freibad, an abandoned open-air swimming pool on Siegfriedstrasse in the Berlin district of Lichtenberg, doesn’t look too inviting, even on a hot day.

The pool was built in 1928, the same year the neighbouring stadium was acquired by the newly formed BVG (Berliner Verkehrs Aktiengesellschaft, now the Berliner Verkehrsbetriebe), the public company responsible for running Berlin’s transport network, and renamed the BVG-Stadion. 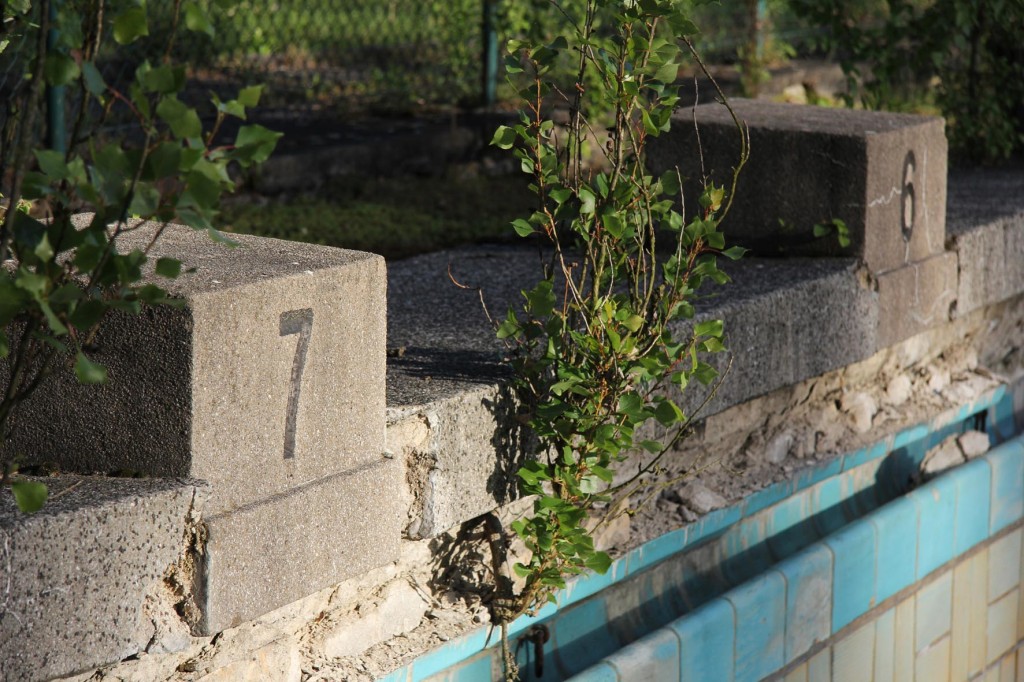 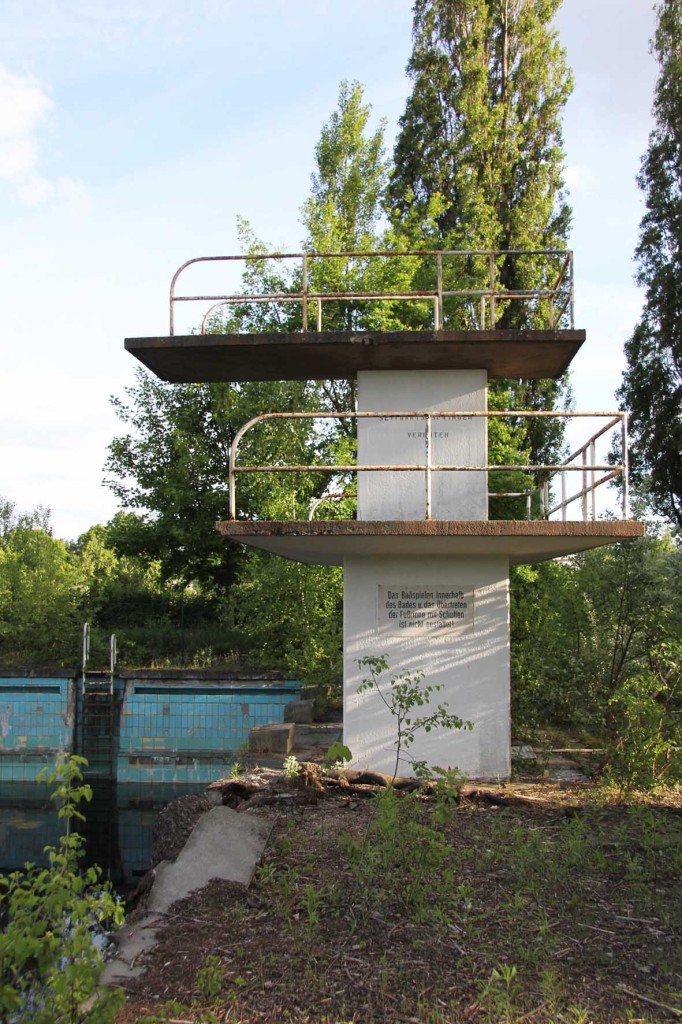 Initially a recreational pool for BVG employees but also used as a training pool for the 1932 and 1936 Olympics, the Freibad went into hibernation after the Second World War to be reawakened again in the 1970s as a Sommervolksbad for the people of the DDR.

In 1969, the BVG in East Berlin became the BVB (Kombinat Berliner Verkehrsbetriebe) and the stadium and pool were then known as the BVB-Stadion and BVB Freibad.

The pool has been closed since the late 1980s and like the Wernerbad in Kaulsdorf is slowly being reclaimed by nature. 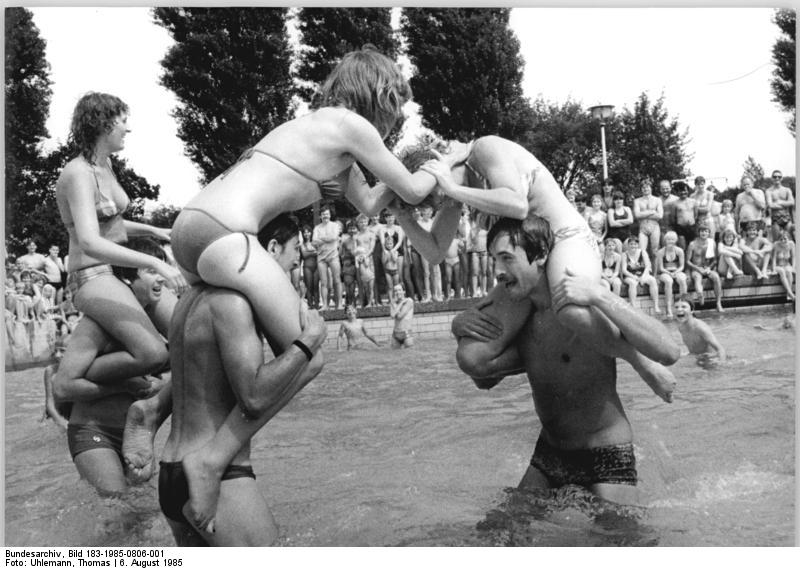 Whilst researching the BVG Freibad before my visit in May 2013 I found the above photo of the Neptunfest at the pool in 1985 so, as I emerged from the trees having crawled through a gap in the fence* the sound of people laughing and splashing in the water was ringing in my ears.

*This was unnecessary it seems as the posts I’ve read from those who have been since suggest walking in through the stadium entrance. 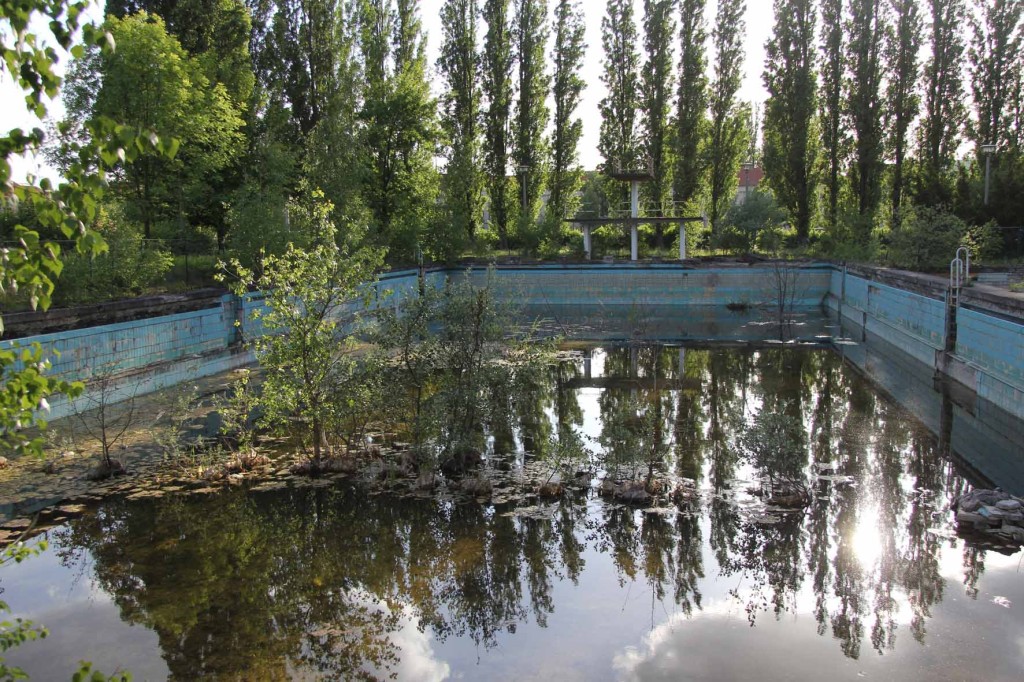 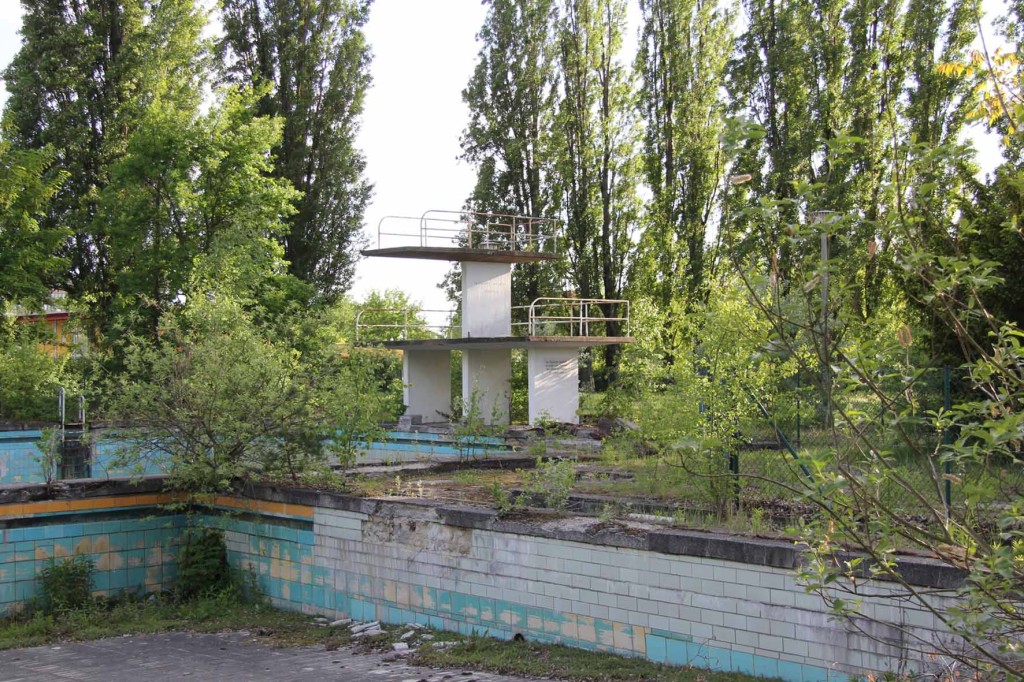 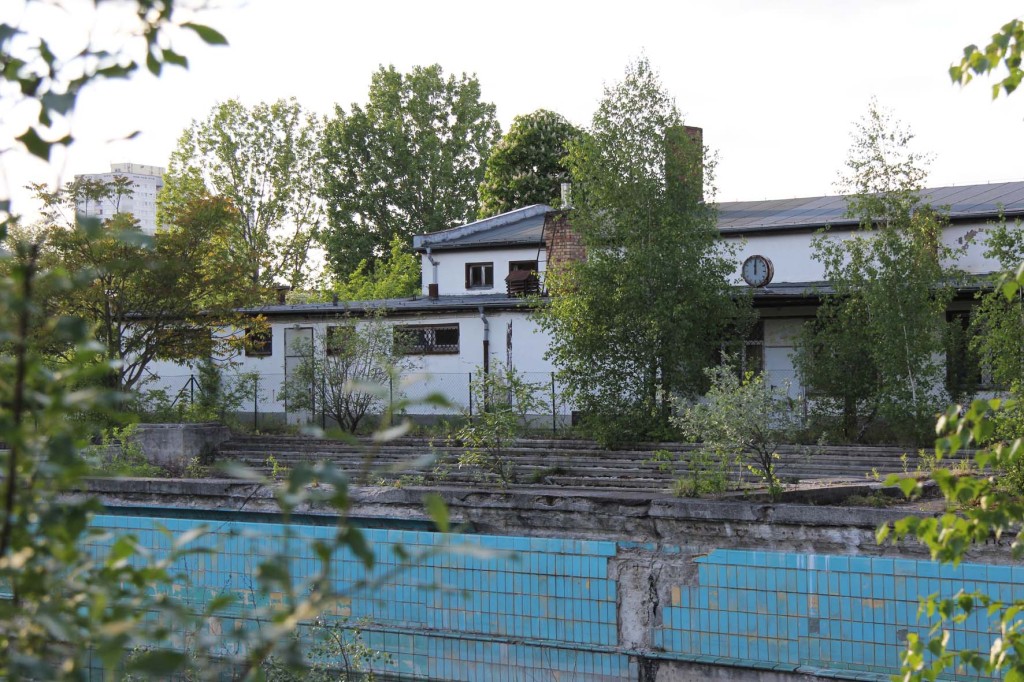 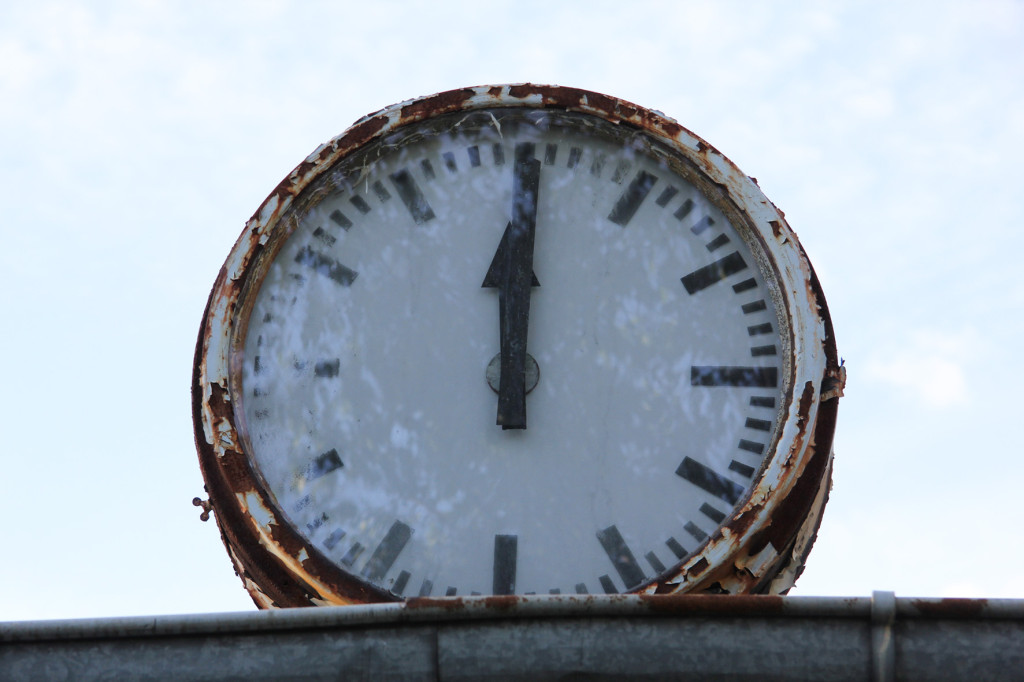 Nobody would want to swim here now though – trees grow in the brown water of the main pool, the wading pool is bone dry.

The changing rooms were locked up tight, the clock on the roof suggested they’d been closed since noon.  Unfortunately, for the purposes of my research no date was given. 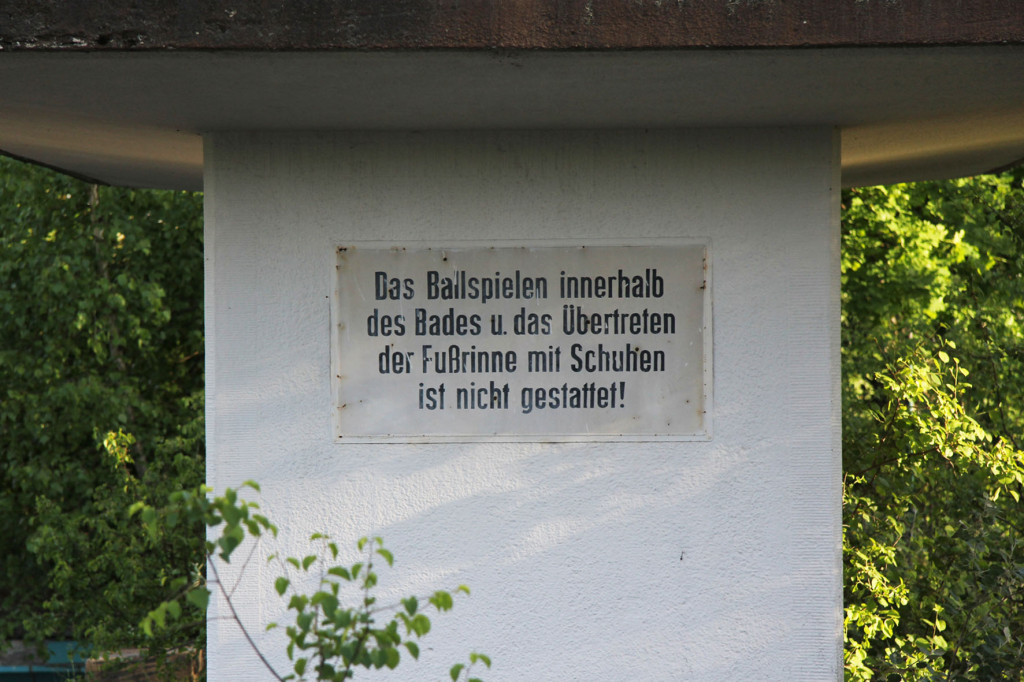 I ignored the signs warning me that walking past / through the foot bath in shoes is not allowed – better to break the rules than walk barefoot through the weeds and crumbling concrete.

The steps to the diving tower have been removed, presumably to make sure nobody jumps in sideways now that there are no lifeguards to enforce the rule painted on it.  Jumping from it would be crazy now, whichever way you did it.  If the tree roots didn’t grab a foot and keep you under you could end up with E.coli. 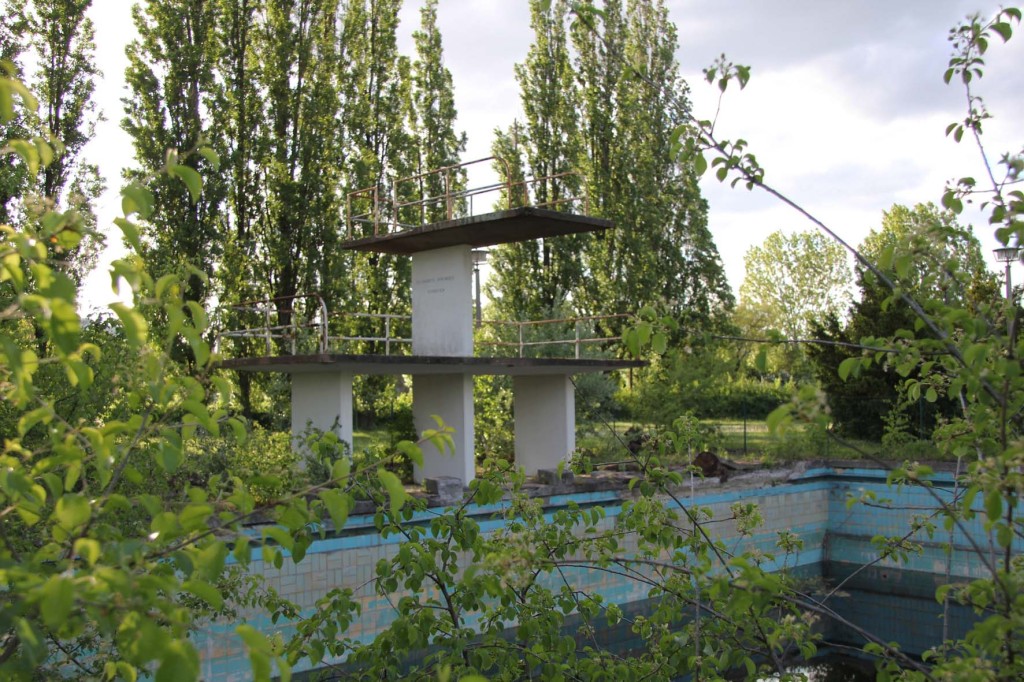 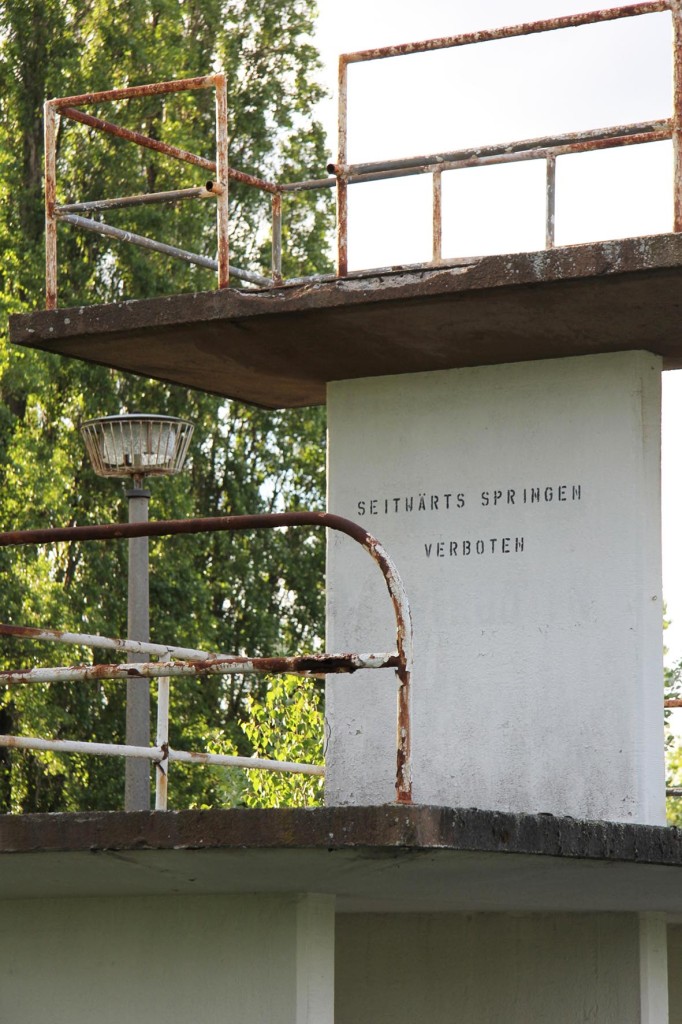 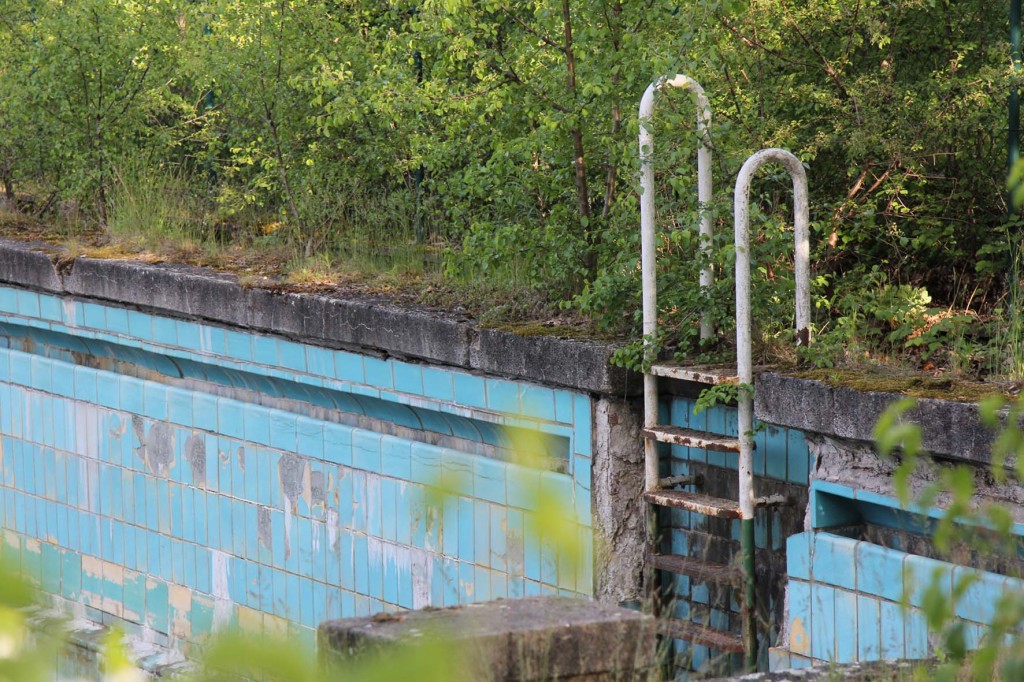 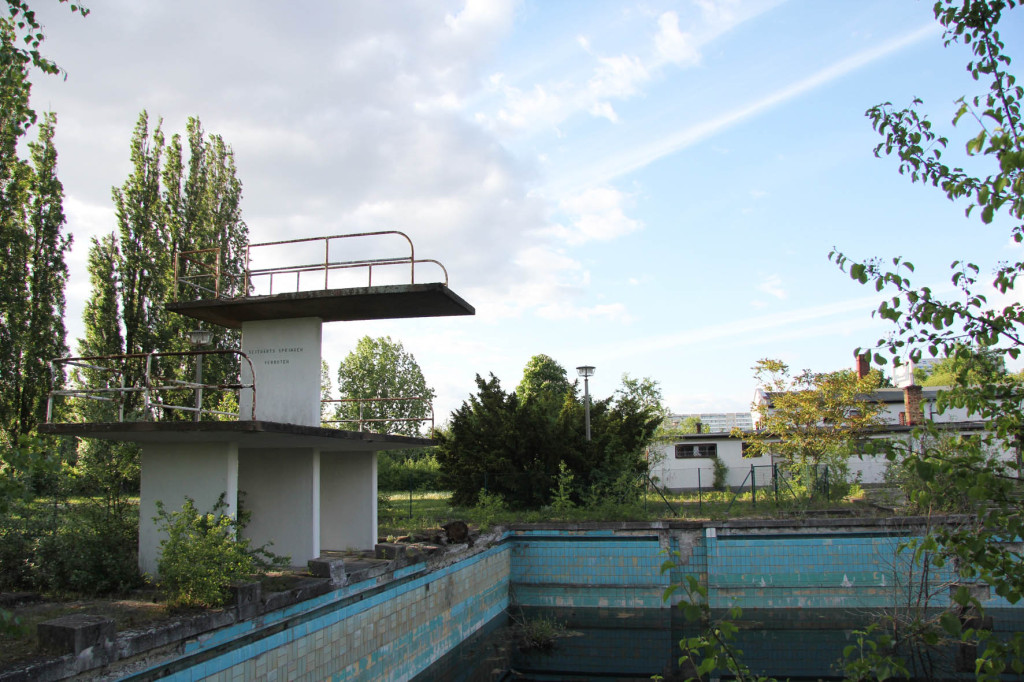 There isn’t that much to see but the BVG Freibad on Siegfriedstrasse has a certain charm so Berlin urbex enthusiasts should get to Lichtenberg and check out this abandoned swimming pool while you can still see the water for the trees.